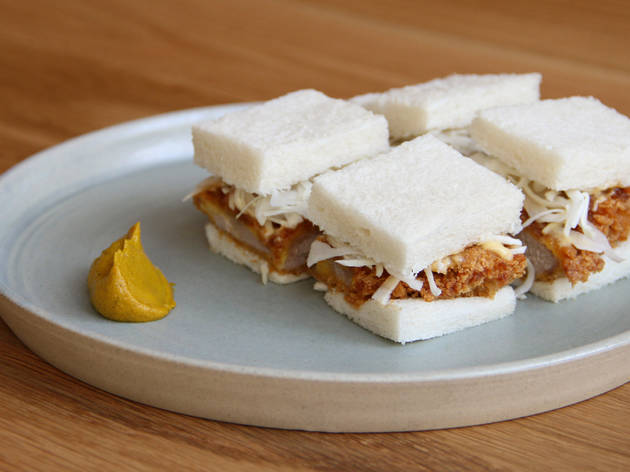 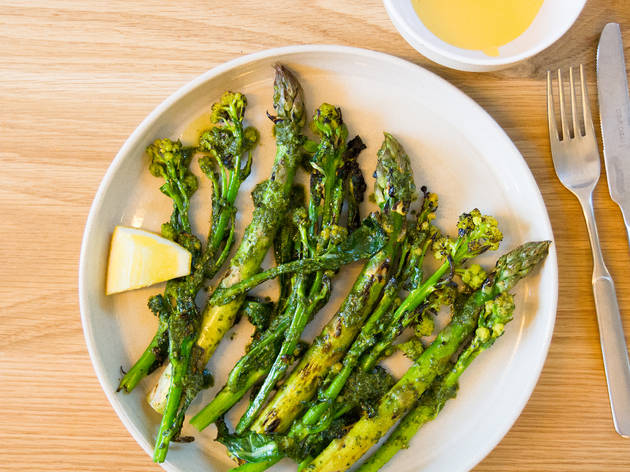 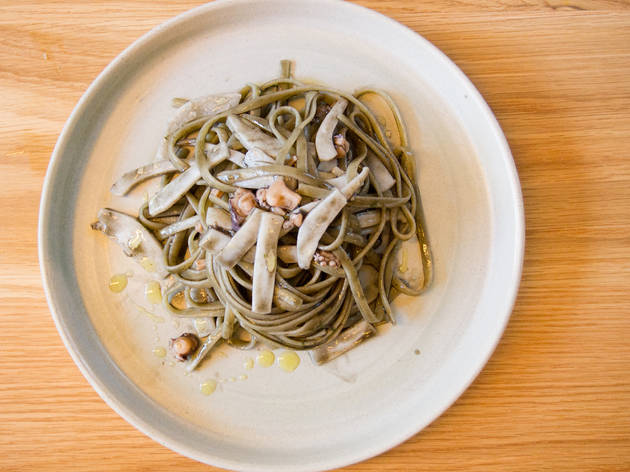 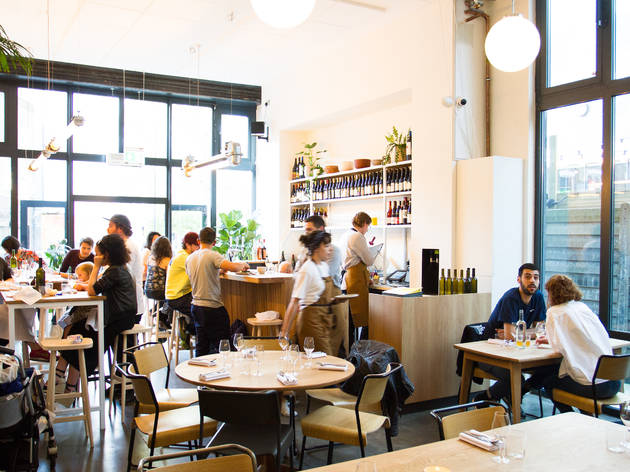 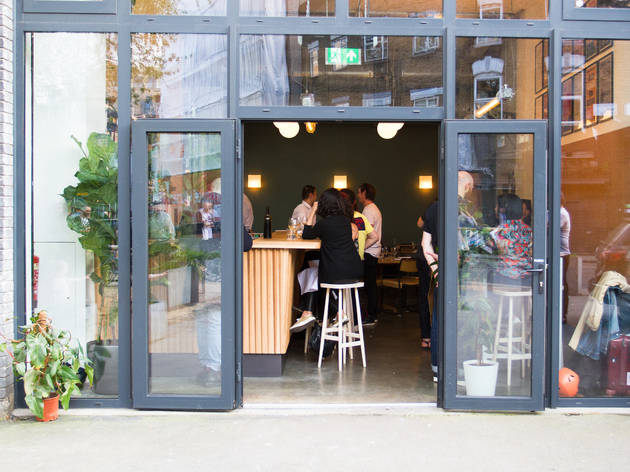 A restaurant from the same team as popular Dalston wine shop P Franco.

Heard of P Franco? It’s a super-cool Dalston wine shop that also happens to do a mean line in comestibles. Bright is from the same crew, but is a restaurant proper. And it’s the best thing to hit the neighbourhood since sliced bread. Sliced bread also happens to be the makings of the cutest thing on the menu – a meaty take on a fish finger sarnie, using Japanese katsu chicken (ie crumbed and deep-fried) in a white bread sandwich. With its crusts off. And cut into quarters. Like I said, cute.

The rest of the food is a little more mature, but it still shows courage, and cojones. There’s a bowl of ‘legumes’ – a posh word for a medley of beans, lentils and chickpeas – topped with a primrose-hued parmesan cream and an egg yolk. As soon as it arrives, you’re made to mix it up. If you thought it was ugly before you stuck your fork in it, don’t even ask about the aftermath. It looked liked stewed sludge. But close your eyes and take a leap of faith. Because it was profoundly delicious: a happy harmony of wholesomeness and unctuousness, both moreish and comforting.

It went on and on. The menu is eclectic – you could say random – but in a brilliant way. One minute you’re eating like you’re at a seven-year-old’s birthday (there was also a ‘cheddar pastry’ – a seriously understated way of describing seven huge, pillowy gougères, served piping hot and under a snowdrift of microplaned cheese for £6 – and a wholesome, miniature take on a deep-dish Pizza Hut pizza, again a snip at £6), the next it’s like you’re in a cutting-edge fine diner. There were lemony, soupy plates of broccoli fronds that looked like weeds but tasted like they’d been clipped from the Garden of Eden. And perhaps my favourite dish of the night – though there was nothing I wouldn’t race back to eat again – a little bowl of mussels in a clear broth. It had the mild fishy notes you get when cooking with bonito, but which here came from mackerel, plus smoky notes that lingered in the mouth and nostrils. The mussels were juicy and plentiful, with al dente slivers of kohlrabi for texture. Later, a perfect partridge ragù. Finally, in-season figs, macerated in honey and thyme, with a blob of milk ice cream.

As for the room, I hadn’t expected to like it. The last time I was here, this metal-and-glass box was home to Ellory, which was cold in both temperature and atmos (its new Shoreditch incarnation, Leroy, is much better). But Bright, despite its name, is low-lit. Also vibey, the thrumming music cut through by kitchen buzz and the loud chatter of a packed room. Staff, too, were superb, turning away hopeful walk-ins with grace, pacing the plates perfectly and – that rare thing – bringing the bill the instant we asked. So, thank-you, Bright. You are a lovely, shiny place.