Before I tell you any more about my trip to Brutto, I need to get The Giant Mural out of the way. A frenzied painting of a blue, three-eyed man, a gorilla with a port glass, Keith Lemon (?!) and many other surreal things getting sucked into a black hole. I sat facing it for three hours and hated it. No work of restaurant art has ever left me feeling so unsettled, which is a shame because everything else about my visit to the big Tuscan-inspired trattoria was so relaxed it was almost meditative. So, I’m going to pretend the mural doesn’t exist and won’t mention it again.

Brutto is the latest opening from Russell Norman, who founded Polpo (that Soho Italian small-plates spot known for really good spritzes). It’s on one of those streets near Smithfield that looks like the set of ‘The Muppet Christmas Carol’, but the vibe inside is much more ‘a restaurant that the love interests from an ’80s New York romcom would go to’ than ‘a hangout for Scrooge and Tiny Tim’. It’s wood-panelled and moodily lit – even at lunch time. The tablecloths are gingham, light fittings have napkins flopped over them and walls are pastel green and dotted with art that Norman collected while researching the space. Meanwhile, a soundtrack of soul and Neil Young made sure things stayed very, very chilled while I was there. (At one point I spotted one of the bar staff dancing and whistling along to ‘Harvest Moon’ between orders.)

My pal and I kicked off our lunch with three lots of St John bread. Like every London restaurant with a clientele of art directors in thick-rimmed glasses, this spot does a version of anchovy toast. It came deconstructed: chewy fresh sourdough sat alongside a shoal of even chewier anchovies and curls of butter. The cannellini and rosemary toasts were daintier: rings of bread topped with comforting bean purée and puddles of botanical olive oil. The panzanella was a surprise. I was expecting torn-up chunks of bread and tomato thrown together but we received something that had more of the texture of couscous. All three dishes tasted much bolder than their simple appearances let on.

Of course, the pasta was great: penne con vodka had a high sauce to pasta ratio and was perfectly al dente and rich. The puddings were tasty too: we scoffed down an apple tart with the candy sweetness of a McDonald’s dessert and a tiramisu so soaked in booze and coffee that it was almost a drink. But the highlight was our main, the rosbif con patate. It came as three thick slices of bright pink meat, sweet with caramelisation and sitting alongside a deeply savoury gravy and roast potatoes to soak it all up. Basically, it’s the fantasy roast you always think you’re going to get in a pub but never do. I didn’t have a single bite or sip at Brutto that wasn’t enjoyable. The house wines were excellent. The ruby-red £5 house Negroni was as potent as a £12 number from elsewhere.

Extra details, like receiving a big dish of freshly grated parmesan to spoon over our pasta to our heart’s content, delighted us at every course. But what I loved most about this place was that, despite service being attentive, the food arrived slowly. And I mean that in the best possible way. Over the past few years, going out for Italian in London has become synonymous with a) rapid-fire small plates and bright, crammed corridor restaurants or b) giant dishes and rainbow, Instagram-bait decor. Here, though, nothing felt frantic or overstimulating. Our meal ended up rolling on from 1.30pm into the late afternoon and by the time we got the bill (a very reasonable £90) I’d been lulled into such a trance that I felt like I was waking up from an afternoon nap.

I’ll be back very soon but will ask to sit at the front of the restaurant away from You Know What.

The vibe A relaxed, nostalgic space with go-slow energy (in a good way).

Time Out tip? The best seats are at the natural-light-flooded front of the restaurant away from the mural. (Opt for the bar if you’re going solo.) 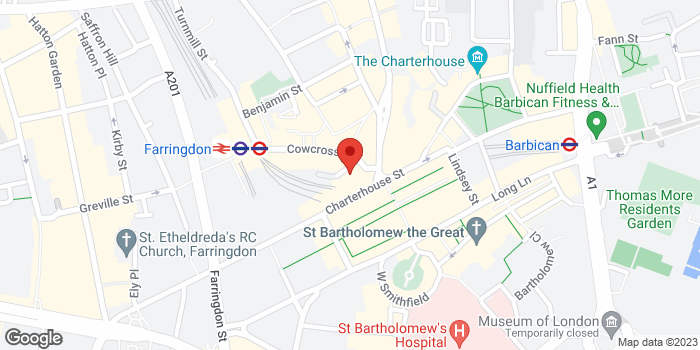