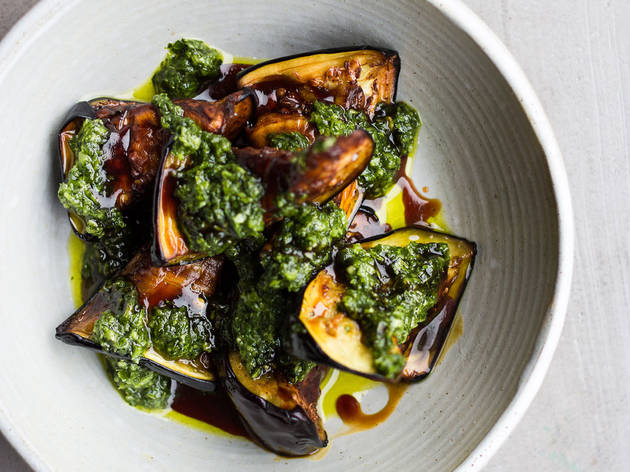 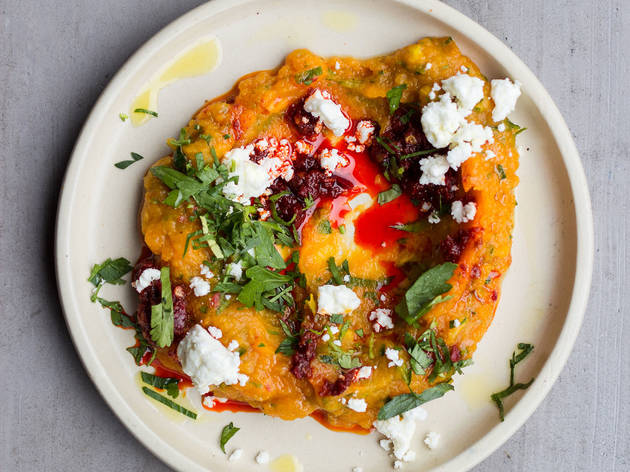 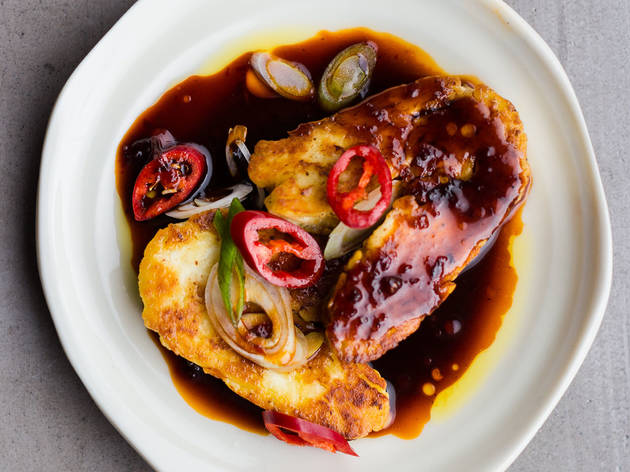 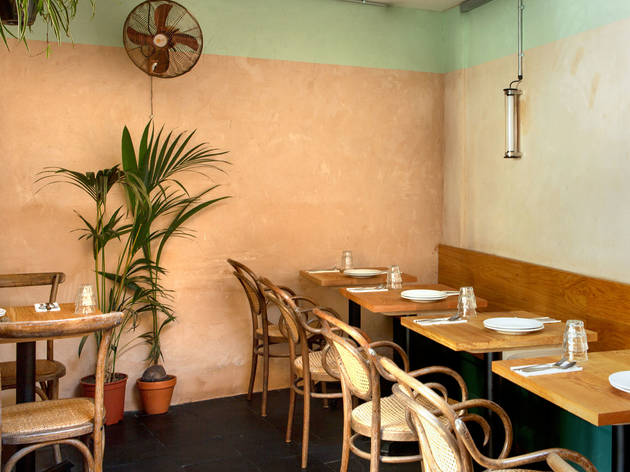 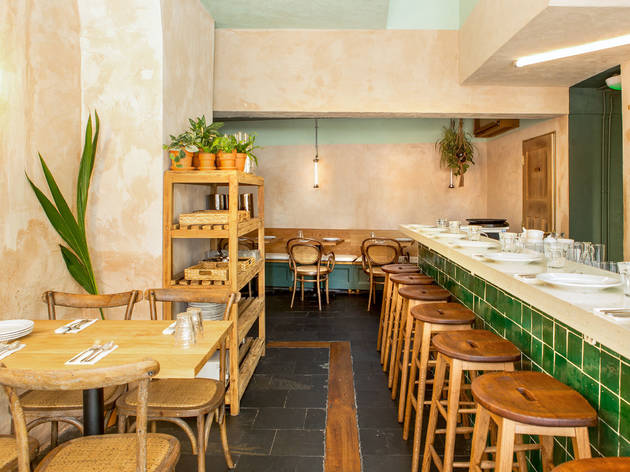 A veggie rather than vegan restaurant? Bit outdated, no? But wait, Bubala is more than just vegetarian. It does small plates. Middle Eastern small plates. Now you’re talking. And if that wasn’t BOT (bang on trend) enough, it’s also a bijou but buzzy Spitalfields spot with only 30 seats: a handful of designer-ish tables and a counter you can perch up at.

It’s the kind of place where complete strangers (not the staff )will turn to you to tell you what’s good. ‘You have to try the halloumi,’ said the chap to my left, leaning in with a slightly frightening fervour. ‘It’s amazing.’ He was right. It was. Two huge honey-drenched half moons arrived on a little white plate, their sides crusted with a deep, dark, golden brown with just a little of their original paleness peeking through, like they’d spent a scantily clad week aggressively sunbathing. Better yet was how they tasted, the intense saltiness mirrored by a mellow nectar syrupyness. The mouthfeel of the chew and the crunch, that moment when you lick your lips to sweep up the last of the honey.

There were three other dishes you’d wait outside the stage door for. First, the brutally, beautifully charred laffa flatbread, which you should order at the start, so you can eat it with everything. Or the thick, lavish slices of fried aubergine, heaped with zhoug (z-hoog), a fragrant paste of coriander-spiked chilli which, made well – as it was here – can turn a Middle Eastern dish from good to head-turningly gorgeous. Third, that vegan go-to: falafel. Falafel can be dry or bland, these were neither. Cutting through an outer crust exposed a soft, crumbly, clove-scented inner belly. They also came with tahini (sesame dip), but didn’t need it. Top marks.

Also memorable: a vegan sprout salad (better than it sounds) and latkes made from layers of confit potato in the shape of giant chips. The only real slip-ups were the pumpkin dip and the houmous. Two beginner’s dishes, these were deeply unspecial. More seasoning, please.

But the service, from both our waiter and the chef at the counter, was sunny and enthusiastic, and the rustic-chic space, with its unplastered walls, stylish woods, dark tiles and designer lighting, is easy to love. Bubala is the kind of place to convert an ardent meat-eater. So go on, be converted.