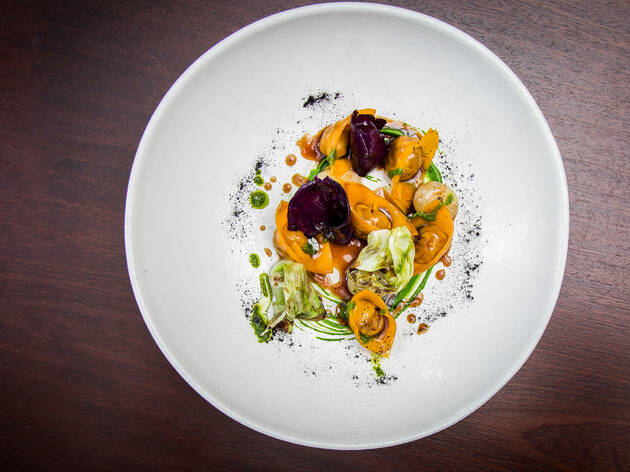 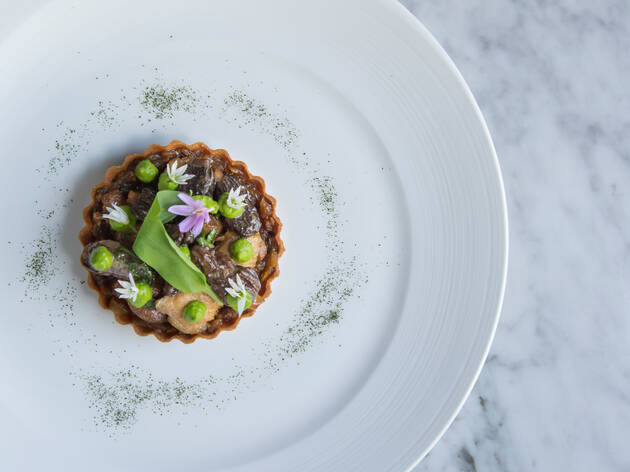 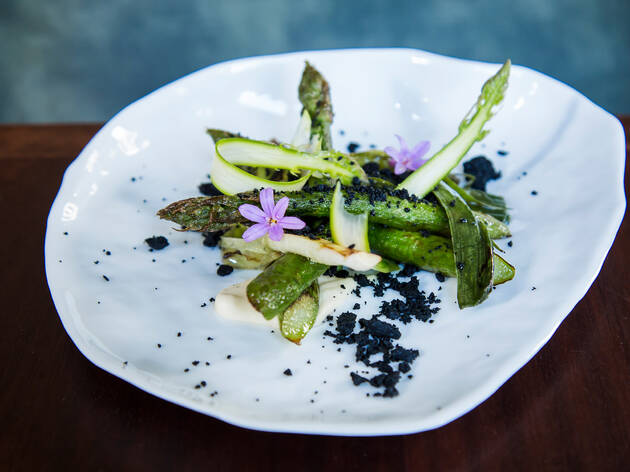 As pedigrees go, it takes some beating. Caractère is the debut from Emily Roux (granddaughter of Albert, daughter of Michel Roux Jnr: they of three-Michelin-starred Le Gavroche fame) and her husband Diego Ferrari (the Italian-born, French-trained former head chef of Le Gavroche). To say that they know what they’re doing is a little like saying the Moon is big or that mornings on the Northern Line can be a little bit cosy. From the moment you step in, the cold wind kept out by one of those clever door curtains, you get a good feeling. Roux, though herself a trained chef, is not in the kitchen, but up front, leading a slick crew who have just that right balance of being able to weirdly predict your every need, while making you feel completely at home. They’re brilliant.

As for the food, it’s dainty, dazzling stuff. The Franco-Italian menu has six short sections, with poetic names like ‘curious’, ‘robust’ and ‘subtle’. Don’t miss the celeriac cacio e pepe. It’s become something of a signature and with good reason: the sauce is every bit as creamy, cheesy and peppery as you’d want, but comes locked in an embrace, not with strands of wheat, but of a pile of mandolin-thin celeriac shavings, delicately sweet, beautifully al dente. It was one of those dishes that makes you wonder why the combo hasn’t been done before, and genuinely sorry when it was all gone.

There was also a pair of perfect scallops, their edges the colour of sweetshop toffees, laid gently in a puddle of buttercup yellow beurre blanc. Also on the plate: a bundle of braised, beautifully bitter, claret-red radiccio and the odd toasted hazelnut. This was classic, carefully composed stuff, with myriad tastes and textures in every mouthful. It carried through to pud: a crisp stack of mille feuille fit for a Parisian patisserie.

This might all sound a bit frou-frou. But here’s the thing. Caractere is smart, yes. But it’s not stuffy. Instead, the dining room is handsome with a stylish edge: all sleek, dark woods, sumptuous drapes and plush furniture, like the man-cave of a boutique hotel. The vibe is warm and buzzy. And all at a price tag that, while pricy (the £39 set lunch is the most affordable way in), is still not bad value given what you’re getting. The Ledbury, just a short stroll down the road but almost twice the price, had better watch its back. There’s a new kid in town.