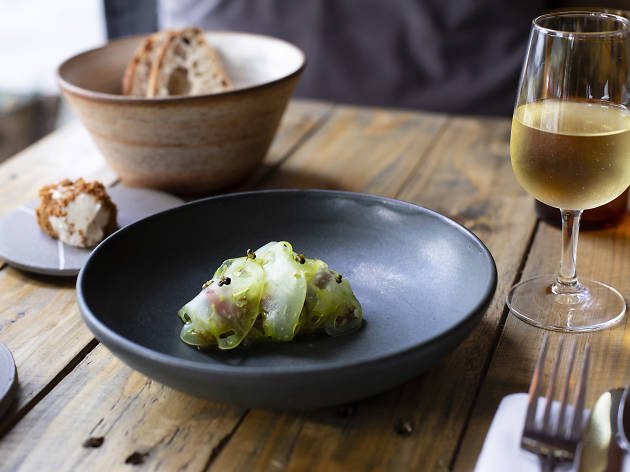 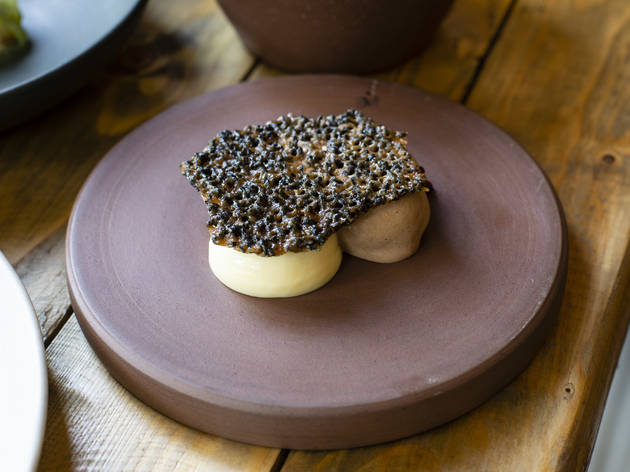 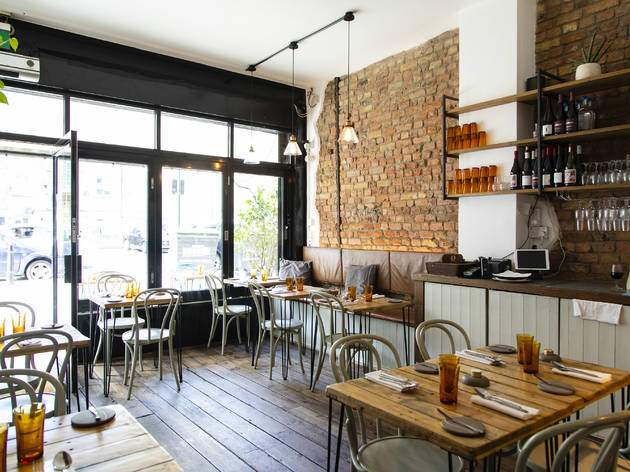 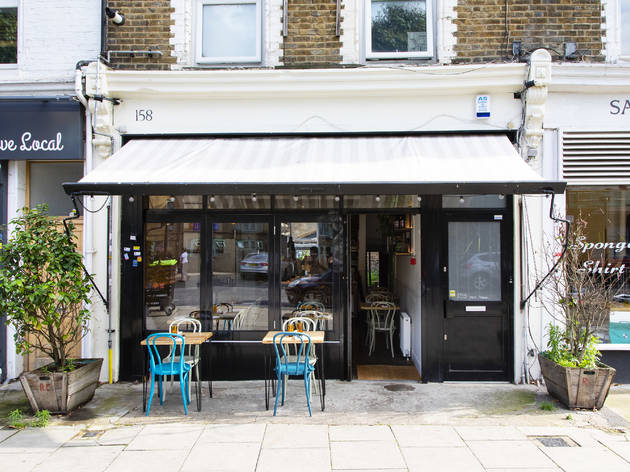 A tasting-menu neighbourhood restaurant from an ex-Pidgin chef.

A tasting menu for £39? Yes please. Although those two words – tasting menu – do have certain connotations, don’t they, of starched linen and formal service? I’m sure you guessed from the name, but Casa Fofò is not that. Instead, it’s a place serving a cutting-edge line-up of seven small courses, plus freebies (bread, petits fours). All in a single Hackney dining room so cute I want to hug it. There are pickles in jars on the backlit high shelves, the suspended veg glowing faintly against the dusky light levels. The seats are a mix of farmhouse chairs and squishy banquettes, the tables are made of reclaimed wood, with iron legs underneath and flickering candles on top. The music is jazzy and Latino. Staff are enthusiastic and eager to please. It’s a delight.

Back to the food. Considering how laidback the setting is, dishes are surprisingly, relentlessly ambitious. There’s black garlic in the dessert. Calf’s brain smooshed on to a nibble that looks – and tastes – suspiciously like a tater tot. (A Good Thing.) Yuzu ganache on the petits fours. You get it. Though it was the humblest dish that stole our hearts: a bowl of coco beans, the kind of al dente firmness that takes real confidence to both cook and serve, mixed with equally firm, equally cooked-to-impress twists of pasta. All in a bowl with a little puddle of sauce: a silky memory of sea and land (mussels, n’duja). I could eat it every day.

Elsewhere, the smallest dishes – that amuse, that dessert, those petits fours, punched above their weight. As did the bread. It’s nothing kooky in itself – just a basket of good, sliced sourdough – but as a vehicle for lashings of the whipped, yeast-scattered butter, it’s a beaut.

But though the kitchen, led by ex-Pidgin head chef Adolfo de Cecco, has its highs, it wasn’t all smooth sailing. There was an otherwise marvellous dish of cod, which arrived on a mild yet earthy green olive sauce, flanked by two shaved curls of pistachio-hued celtuce (a woody member of the lettuce clan). But, shockingly, the fish was overcooked. And though I’m firmly of the school of ‘eat the whole animal, including all the fat and any weird bits’, even I balked at the amount of blubber left untrimmed on the beef course. A pity, as the meat was thick with flavour (they use retired Friesians), and pairing it with a hot and sour peanut sauce, plus purple kalibos cabbage, was an act of genius.

Still, these blips are easily remedied, and besides, Casa Fofò’s real appeal is its down-to-earth homely charm. That and the fact that – for now at least – this has to
be one of the best-value tasting menu gigs in town.