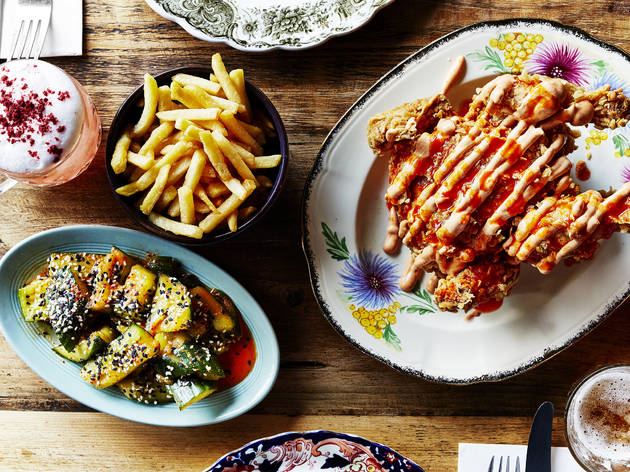 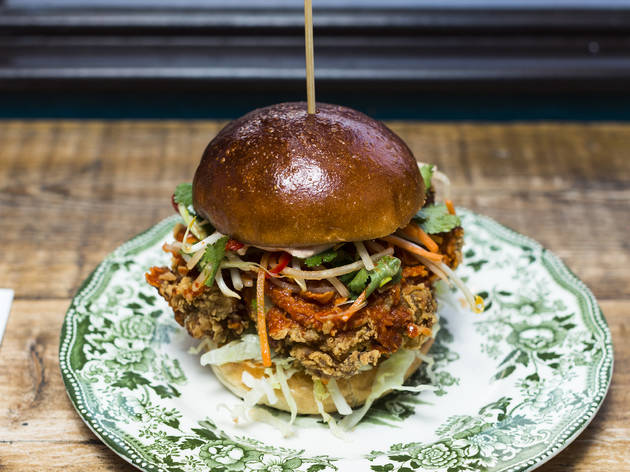 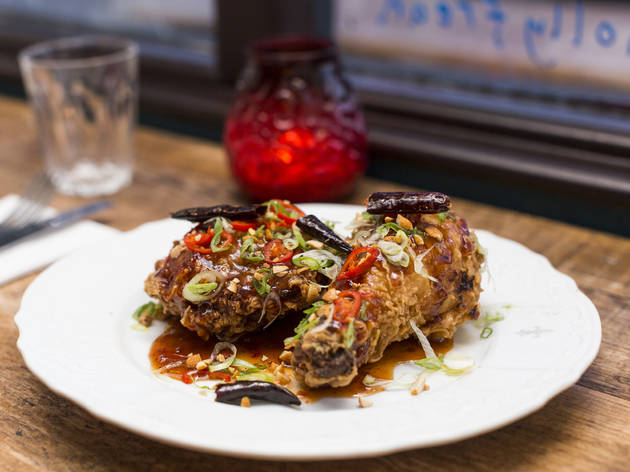 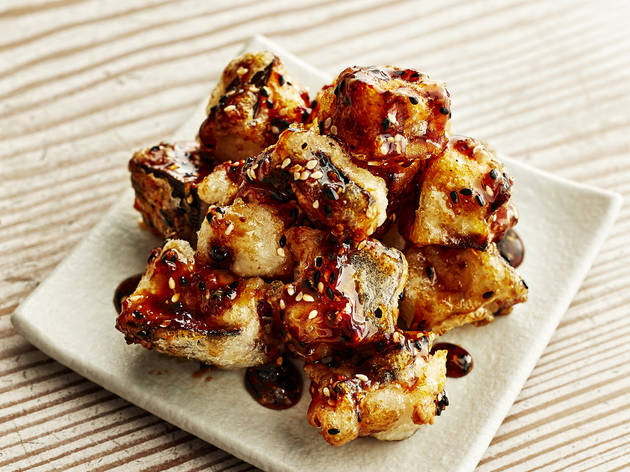 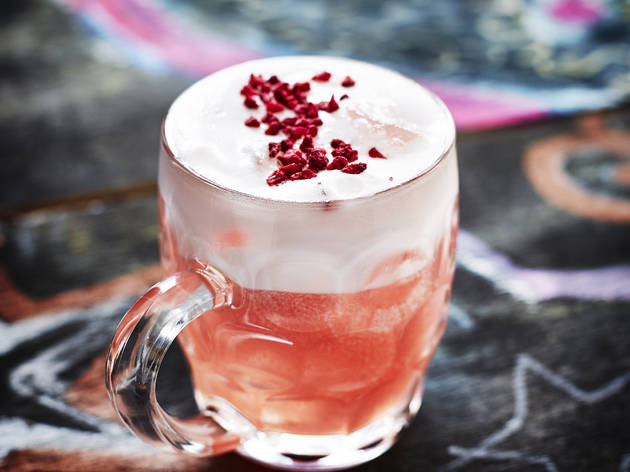 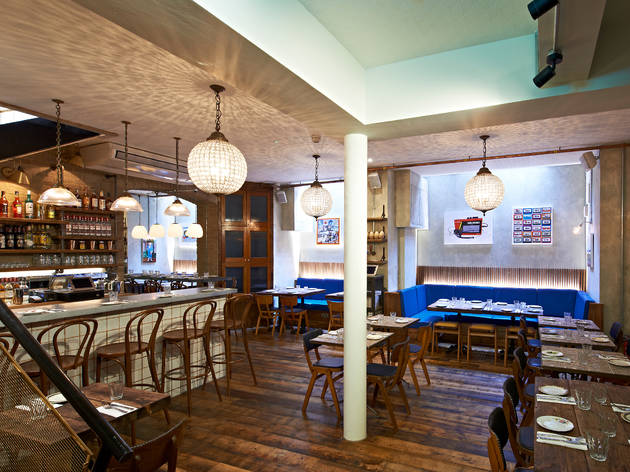 A fried chicken joint with a Korean twist.

If there’s a god of fried chicken, Chick ’n’ Sours is His greatest gift. Born into a city awash with chicken shops in 2015, the first, Dalston-based branch of this restaurant ruffled all the right feathers with their cocktails and game-changing KFC (that’s Korean Fried Chicken, but you knew that). Now, just over a year and a half later and we’ve been blessed with the Second Coming: a new branch of Chick ’n’ Sours has landed near Covent Garden. And trust me, this one’s every bit as barnstorming as the first.

Set in a basement off Seven Dials, the vibe is somewhere between house party and Prohibition speakeasy. It works. There’s a liquor bar in the middle, a playlist of absolute bangers (when has jamming to The Human League at lunchtime ever felt this right?), and the chicken comes served on granny’s best china plates. By the time I’d tasted my first sour – fruity, sharp and packing a powerful tequila punch – I was pretty much ready to go out. That was until the speciality K-Pop burger arrived, at which point I realised that no amount of Friday Feeling was tempting me away from this table.

Impossibly juicy and over four inches tall, the K-Pop is a burger worth getting your hands dirty for. That batter, for starters. Chef and owner Carl Clarke double-fries his birds in rapeseed oil like the Koreans do, to achieve a properly luxurious crunch without any of the oiliness of a late-night Chicken Cottage binge. What really made this bird sing, though, was its acidity: the bun is dressed with gochujang (an umami-tastic red chilli paste) mayo on the one side, fiery sriracha on the other, and cut through with kimchi, chilli vinegar and sour Asian slaw. The sweet-sticky disco wings that followed were almost as good: that balance – between meaty fry and zingy sauce – is tricky to get right, but they’ve absolutely nailed it.

It’s this mastery of creativity without compromise that makes Chick ’n’ Sours so special. Every dish comes fresh with a little surprise – from the peanut in the pickled watermelon salad to the chives in the sriracha sour cream (take note of this dip, people: it’s basically condiment crack) – but somehow, nothing ever feels OTT. Chick ’n’ Sours’s tagline is #nextlevel – the kind of bunkum that would usually make me run a mile – but it actually is. Let us all give thanks to the chicken god.