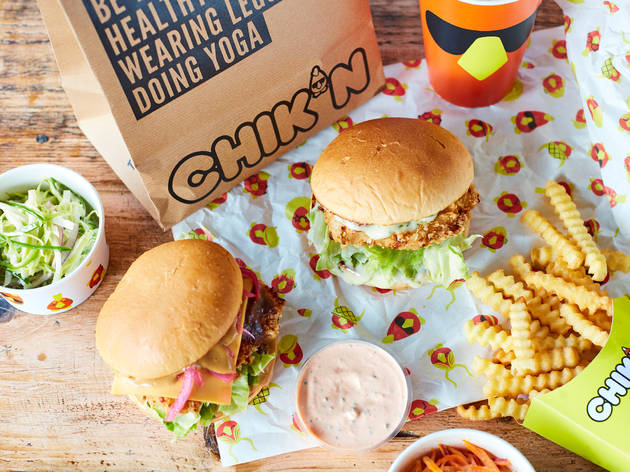 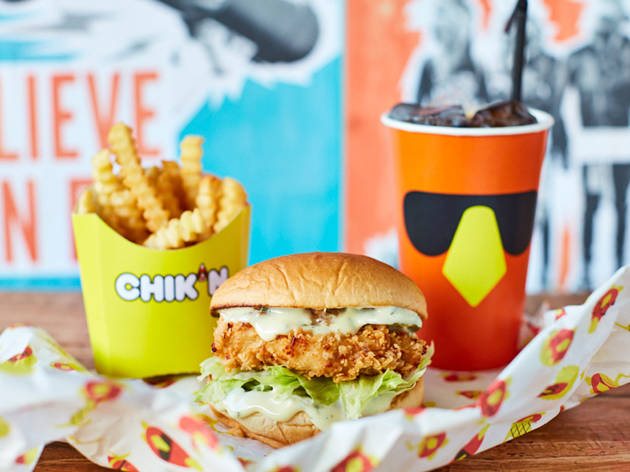 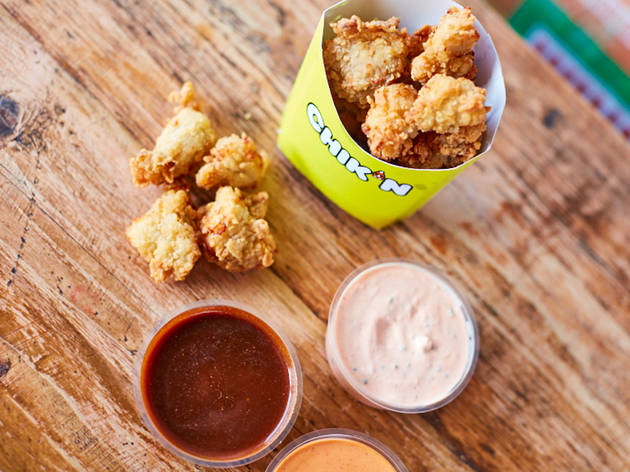 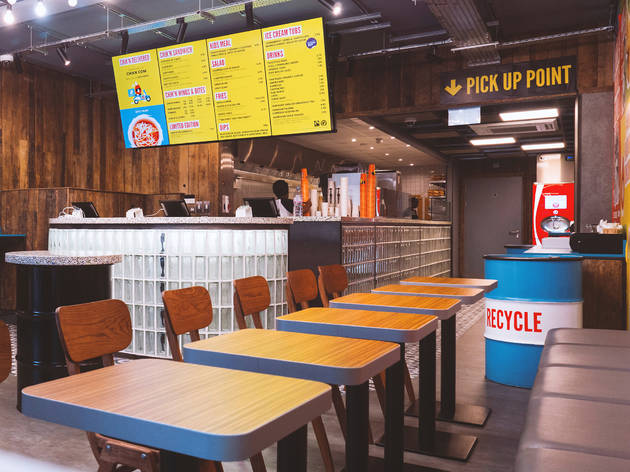 A chicken shop from the people behind Chick ’n’ Sours.

Not your average chicken shop, this colourful 25-seater spot on Baker Street is the first fast-casual offshoot of Chick ’n’ Sours. You know, the restaurant that changed the image of London fried chicken for ever with its insanely delicious KFC (that’s Korean Fried Chicken, for the uninitiated). Yes, Chik’n has counter service and upwards of one teenager in the queue, but don’t be fooled. At this fast food joint, there’s blue cheese in the 20p dip and the chickens have led happy lives on a farm in Somerset. Sadly, though, the food at Chik’n doesn’t live up to the hype.

I’ll start with the good stuff. Straight Up Chik’n was solid: crisp-battered bird topped with a sloppy, sweet pickle, for less than a fiver. Not So Chik’n, the veggie option (£5.45), was also impressive: juicy, generous and ‘meaty’. But the rest? The Chik’n Hot burger is surely trying to be the fast(er)-food equivalent of Chick ’n’ Sours co-founder Carl Clarke’s famous K-Pop. But where that was a four-inch-thick masterpiece of double-fried bird, gochujang mayo, kimchi and fire, this was just an average chicken sandwich topped with a one-note ‘spicy’ slaw. Yes, the K-Pop is twice the price, but still… You just don’t expect something so uninspiring to come out of a place with this pedigree. Then there were the extremely dry cheesy fries, too-sweet milkshakes and insipid Chik’n slaw (the same slaw that ruined my burger, just in a box).

Don’t let that put you off completely: if you order carefully, you’ll have a good time. Plus Chik’n is a fun place – the music is great and loud, and there’s excellent wallpaper in the loos. Just lower your expectations a bit.