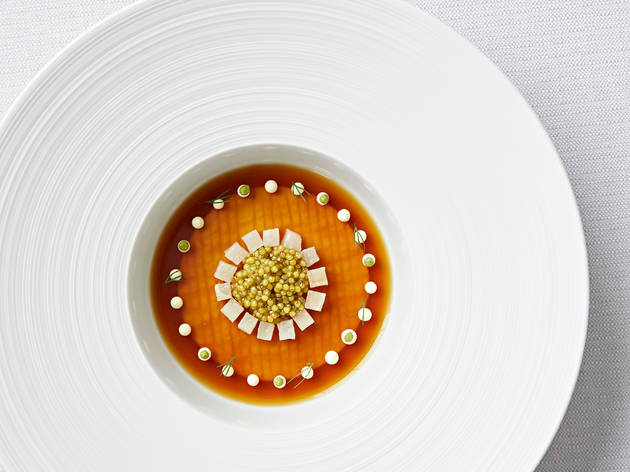 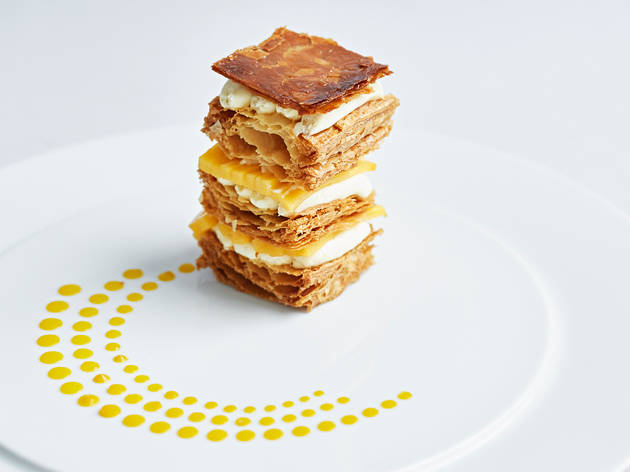 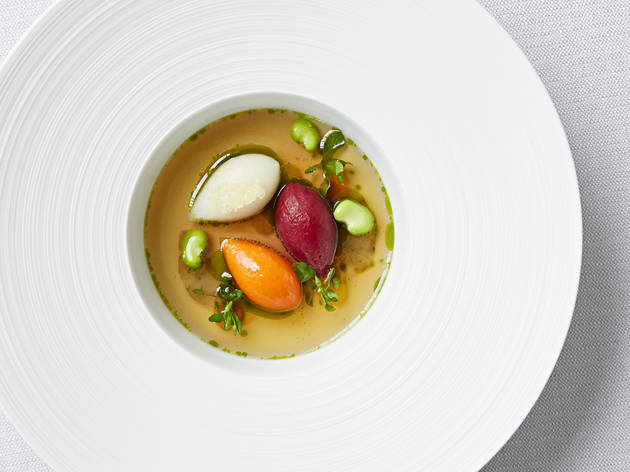 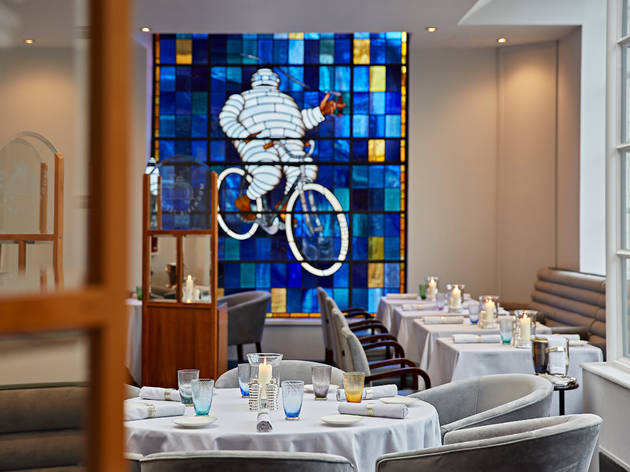 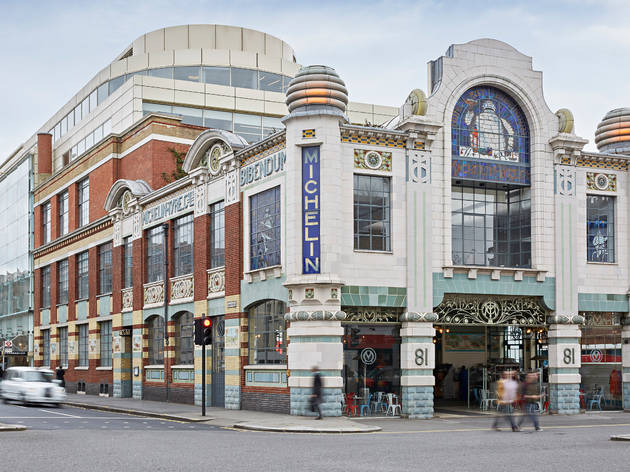 Bibendum first opened 30 years ago and the Terence Conran-run Chelsea restaurant is now a bona fide London institution. For a start, there’s that building: the massive old Michelin House, a spectacular art deco pile and one of the city’s most striking bits of architecture. Wander in and up, through the cavernous former garage forecourt (now Bibendum’s oyster bar), and you’ll find London’s nattiest dining room. With grey leather banquettes, fine art and those awesome Michelin Man-stained glass windows, it’s an absolute picture.

Gawp all you want, but you come here to eat. Bibendum is now home to French fine dining powerhouse Claude Bosi. Both classical and dizzyingly technical, he previously earned two Michelin stars for his old Mayfair gaff Hibiscus, and his return to the scene at Bibendum is a BIG DEAL for London food nerds. Those who can afford it.

The food is overwhelmingly excellent, down to the amuse-bouches. There were delicate choux pastry gougères, puffing cheesy fragrance when chomped, and cute little ‘ice cream’ cones of foie gras (too literally chilly, mind) that disappeared in two bites. All wonderfully meticulous.

A starter of veal sweetbread with black garlic was a blinder (shiny glaze on the meat and all), the spongy offal dense and creamy and the whole lot groaning with deep green, garlicky gremolata. Cornish cock crab with white and pickled baby peaches looked gorgeous, but the layer of over-floral, just-set jelly that covered it won’t be for all. The turbot grenobloise (in a brown butter sauce with capers) that followed, apparently a Hibiscus throwback, was a banger, though.

Okay, it’s unnervingly expensive – a set £85 a head for three courses and around £40 for the cheapest bottle of vino, reflective of its two-Michelin-star status. But as bucket list joints go, it’s up there with the best of them. Company dime? Rich aunt? Insurance payout? Blow the budget and be blown away.