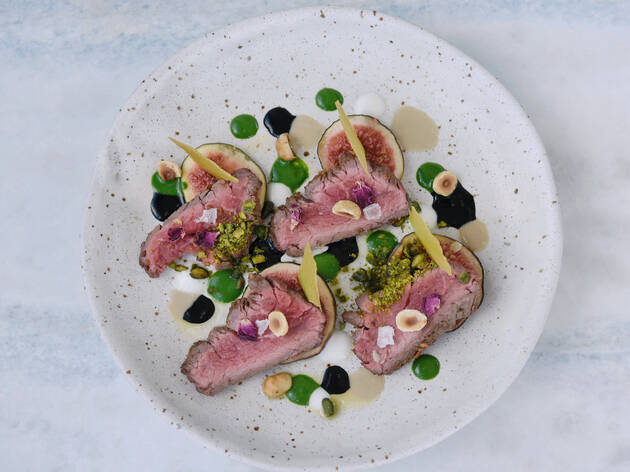 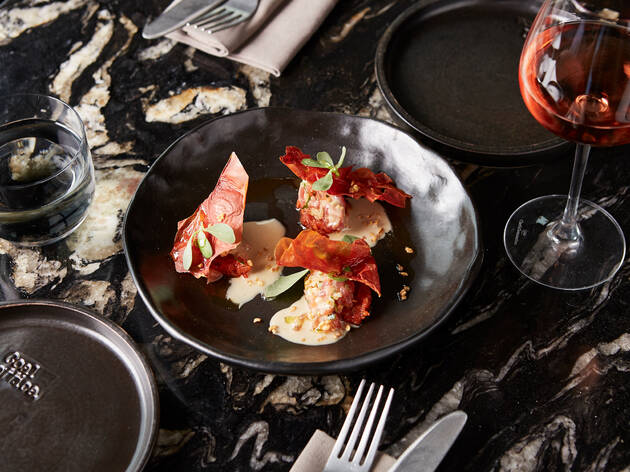 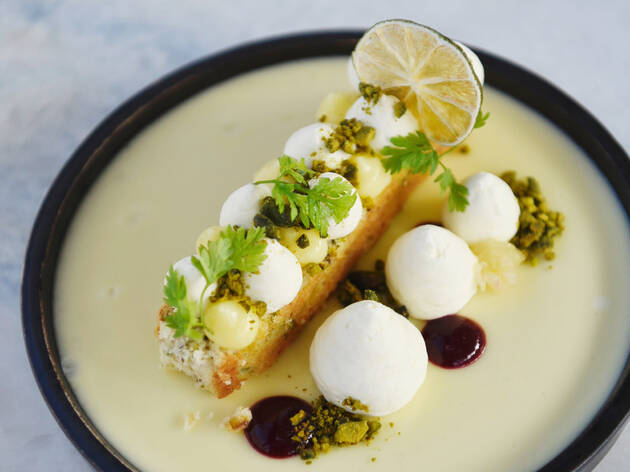 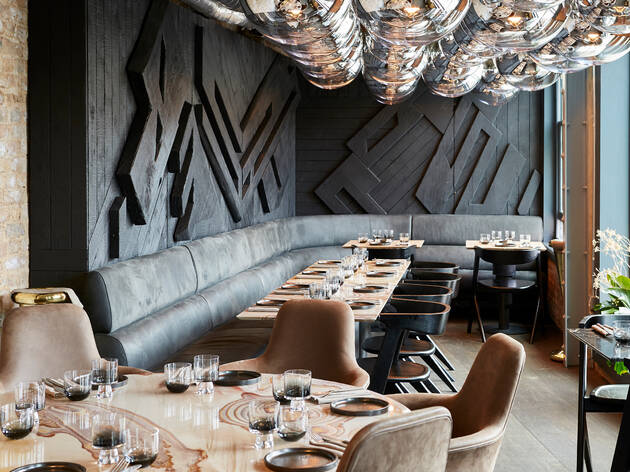 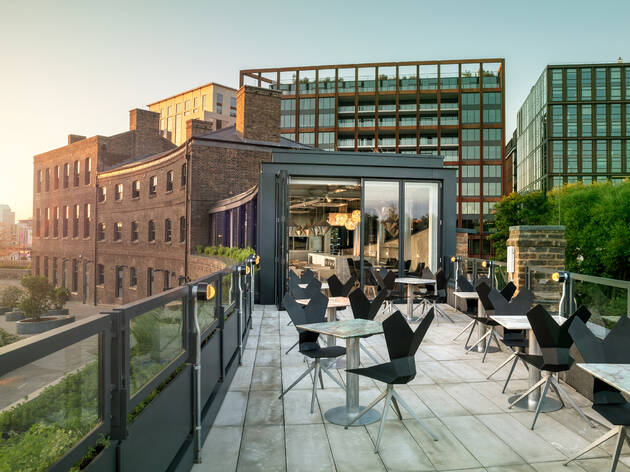 A sibling to The Palomar and The Barbary, in a Tom Dixon-designed space.

Can’t choose between The Palomar and The Barbary? Now you don’t have to. This King’s Cross newbie comes from the same crew – who also run eateries in Paris, Tel Aviv and Jerusalem, including hotspot Machneyuda – and has a menu that reads like their beautiful baby. You’ll recognise the smoky, unapologetically bold style of The Barbary, alongside the subtler, more creative slant of The Palomar. These are all the flavours of modern Jerusalem, a melting pot of the region’s most exciting edibles, from north Africa and the Middle East. Now, to the space. It’s a credit to the talent of self-taught, award-winning interior designer and co-owner Tom Dixon (whose flagship studio is on the level below) that he’s made this challenging site work. A series of knocked-through coal storage rooms, it’s essentially a long, slightly curved tunnel. But one that’s dark and disgustingly gorgeous. Giant misshapen orbs dangle and shimmer in your eyeline, bringing an ethereal, otherworldly quality to the dark, warehouse-y backdrop: warm woods underfoot, steel overhead, shades of grey in-between. It’s less Habitat café (Dixon was once the brand’s creative director), more nightclub.

The first section – also the most vibrant place to sit – mixes chest-height window tables with a long kitchen counter. And what a kitchen. Smoke and shouts and smells spilled out into the space, mingling with the loud music. It was thrilling.

As was the food. Everything we ate was bold and memorable, but a few dishes will live on in your dreams. Like the Moroccan fennel salad. A thick tangle of shaved fennel, every mouthful was wet with yoghurty harissa dressing and revealed a new surprise: a halved olive here, a whole toasted almond there, plus the sweetness of orange, the heat of fresh chilli or the zing of coriander, mint and parsley. Or, at the very end, a warm, soothing rice pudding, flecked through with the zest of kaffir limes, which tickle your nostrils as soon as the bowl is set down, and teamed with sour-cream ice cream (like frozen yoghurt, but richer) plus a stewed mango compote. In between came other great things. The Machneyuda’s polenta – a signature that’s also a hit at The Palomar – is a must, as is the shikshukit 2.0 (two dense kebabs of spiced lamb and beef, with yoghurt-laced tahini and pickled onions over a soft pitta base).

Staff, too, were a delight. A charismatic bunch, they lean into your table to explain and enthuse about the dishes. They clearly love what they do. And so they should: Coal Office may not quite be The Barbary, but it’s got plenty going for it. This is a good-looking space, with cracking service, a killer atmos, and food to give your senses a jolt. It’s the restaurant King’s Cross has been waiting for.