Colony Grill Room at The Beaumont 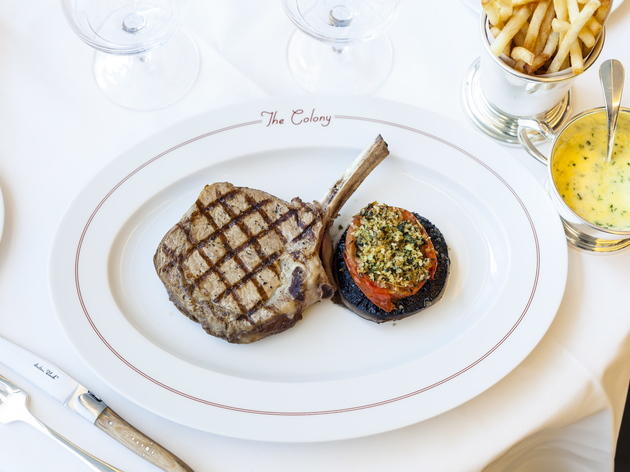 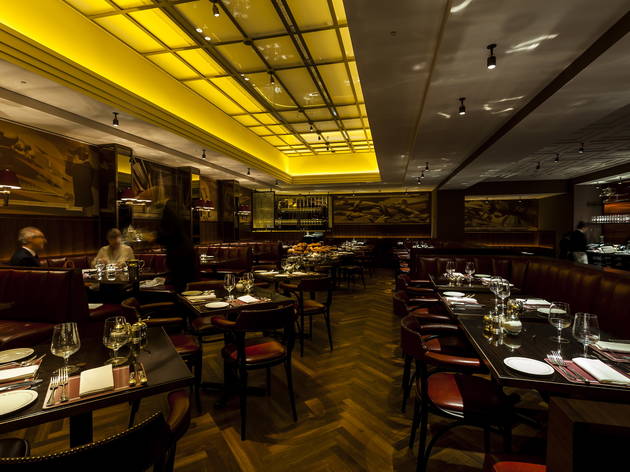 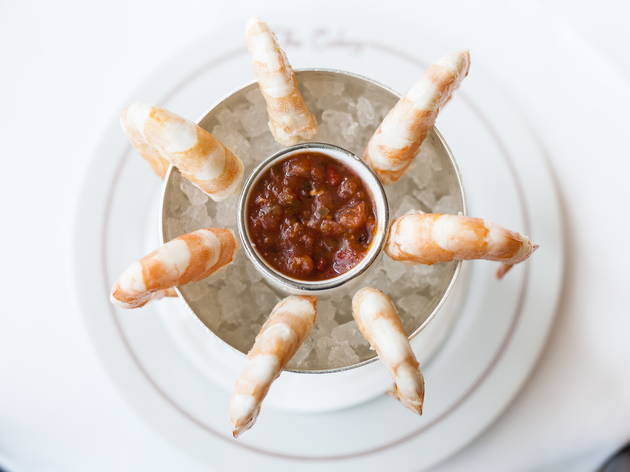 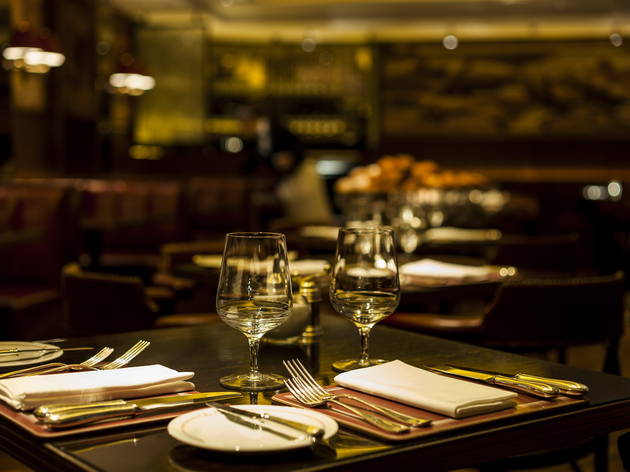 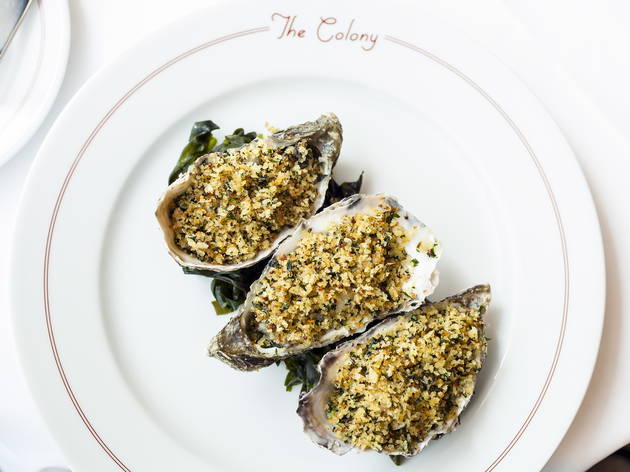 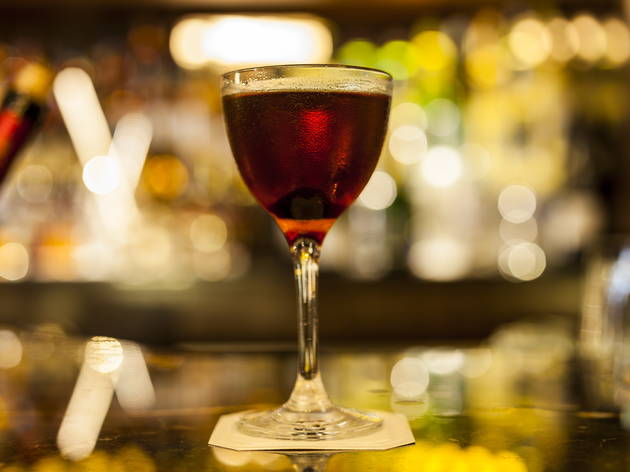 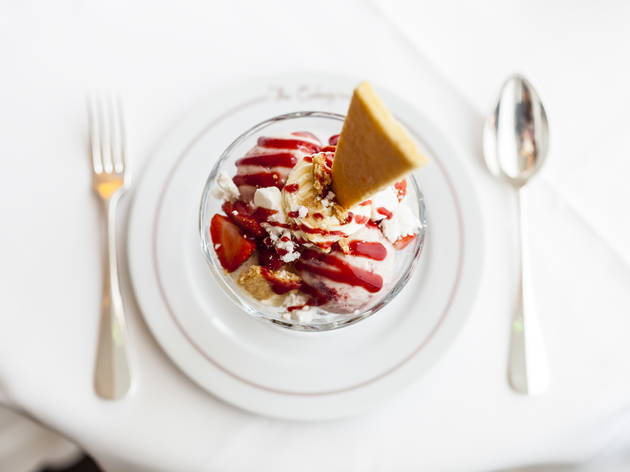 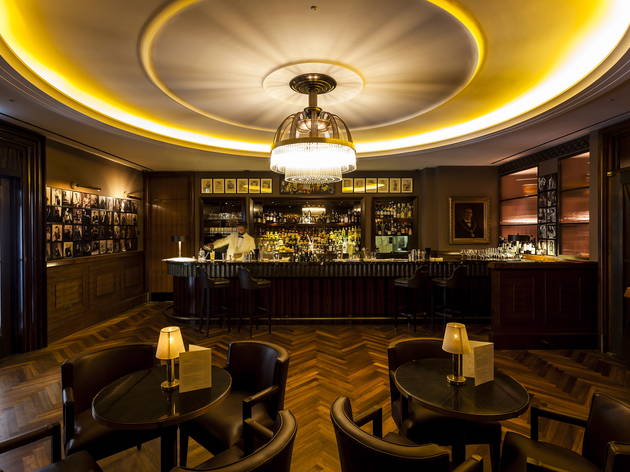 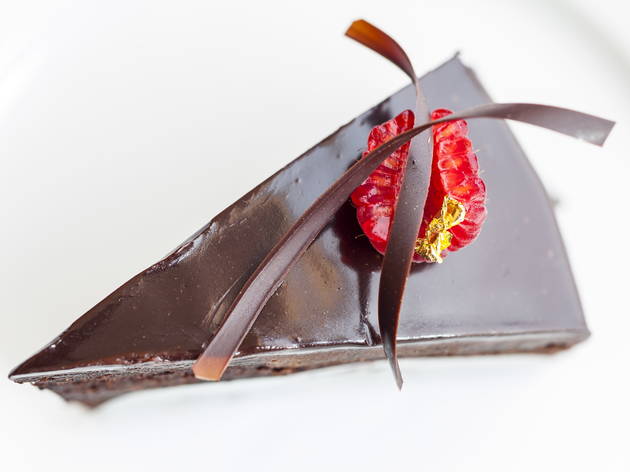 The hotel restaurant of The Beaumont, a fabulous new five-star hotel in Mayfair from Corbin & King, who also run The Wolseley and Delaunay restaurants.

Following a cash injection large enough to make any Silicon Valley startup envious, Jeremy King and Chris Corbin (of The Wolseley, Delaunay, etc) have set about acquiring London real estate like spaces on a Monopoly board. This year: Mayfair. They’ve created a deluxe hotel slap-bang in the middle of it, The Beaumont, with art deco styling and 50 rooms starting at £395 per night.

The American Bar is low-lit with dark wood and portraits of silver-screen idols on the walls. Service was attentive, smiling and beyond reproach. A Manhattan was potent and perfectly made with rye whiskey and the requisite maraschino cherry.

The bar leads into the dining room, low-ceilinged and windowless, like an ocean liner (hedge-fund managers take note: no phone signal). The deco theme is given even fuller expression; it looks like a movie set before the days of Technicolor. The retro theme extends to the menu, with most of the transatlantic dishes dating from the war years up to the 1970s.

It took us a while to identify dishes we’d actually want to eat in this grand setting. We skipped over the omelette, macaroni cheese, and iceberg lettuce wedge with blue cheese dressing. But we dived into the seafood section like starved seals: oysters Rockefeller, and shrimp cocktail. The presentation in perfect silverware was beautiful, but you’d need to be an oil tycoon to pay £9.75 for three oysters cooked in butter with breadcrumbs and herbs, or £16 for a starter of seven shrimps.

Veal Pojarski was one of the more interesting main courses, a classic of ground veal patties, breadcrumbed and browned in butter. Perfectly made, and, like a chicken pot pie, it’s comfort food for an older generation. Bananas Foster was a dessert that reached its zenith of popularity in the US in the early 1970s; all that was missing from this version of the baked bananas with a caramel sauce and ice cream was the chef flambéeing it at the table.

The Beaumont’s a place to find timeless grace and old-fashioned elegance, with impeccable service throughout. Many of our fellow diners were mature Americans. The menu, however, may prove too dated and too expensive for a younger, more price-conscious generation.