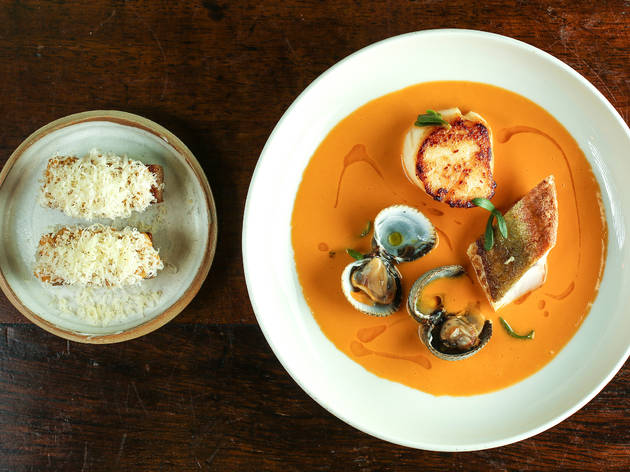 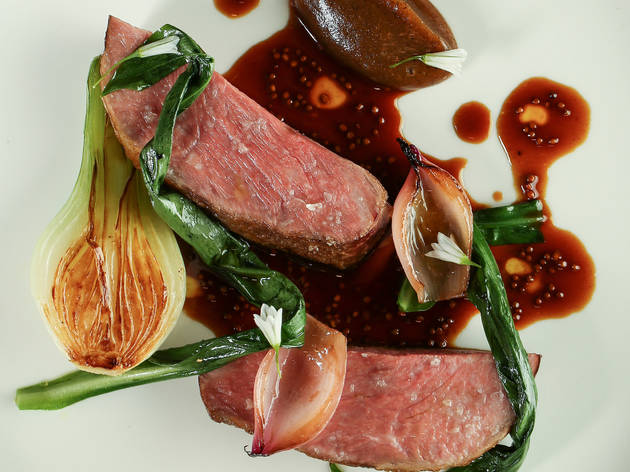 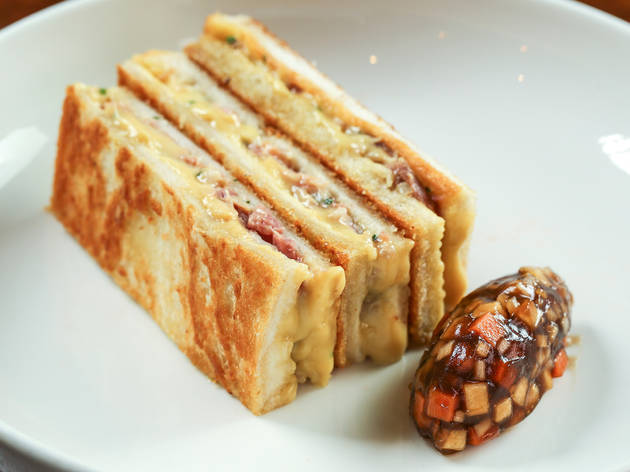 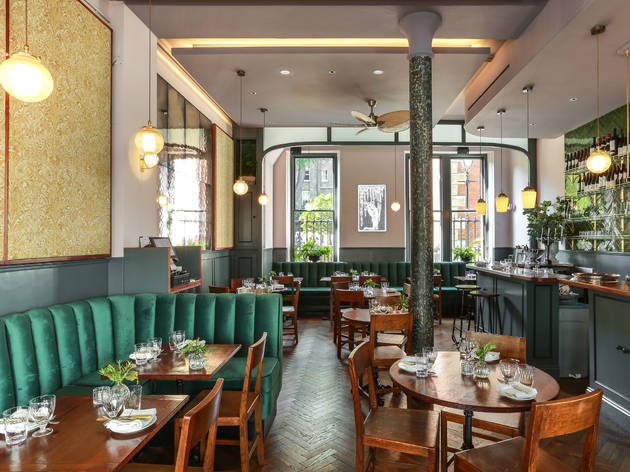 A smart Covent Garden bistro from the team behind Mayfair’s Kitty Fisher’s.

Another day, another hooker. Or, sorry, a high-class escort, the kind found in aristocratic nineteenth-century Parisian society. And the kind you might like to name your swish bistro after. Yes: the team behind Mayfair’s Kitty Fisher’s, having already styled one restaurant in honour of a notorious English courtesan, have done it again, christening this Covent Garden follow-up after another scandalous lass. Enter, Cora Pearl.

The cosy dining room (there’s an even more bijou basement bar, with space for two small groups) is made to be in Theatreland. It’s low-lit and atmospheric: just the place for the stars of stage and screen quietly dining there on my midweek visit (co-owner Oliver Milburn is himself an actor; some of the diners were pals). There’s parquet flooring and sumptuous upholstery, with languorous ceiling fans and drinks served in antique glasses. It’s enchanting.

The food, on the whole, is a delight. There are echoes of the original Kitty Fisher’s menu here, with a number of snacks and starters centred around toast. Sound ordinary? They weren’t. There was a poshed-up ham-and-cheese toastie – made with strips of pulled-from-a-terrine pork jowl – served as a trio of finger sandwiches with a dinky pot of thin, crunchy chutney trilling with tang. It was English and elegant, a warm twist on something you might eat at tea with the Queen.

Then shrimp on toast: a pair of small but thickly cut slices, again with the crusts removed, generously piled with piquant molehills of soft pink crustacean in a creamy, sherry-spiked, sauce and a liberal dusting of cayenne pepper.

Away from the bread were larger plates, more grown-up but no less delicious, like cow’s curd stuffed into parcels of agnolotti with a smooth jerusalem artichoke purée, blobs of pesto and brittle slivers of truffle. This is the sort of food that if your mother served to guests, she’d be mightily pleased with herself. Or two dinky bricks of veal, rosy and rare, with a puddle of toothsome bordelaise (a red wine and bone marrow sauce) cut through with capers and herbs. Stunning.

Only the puds – surprising for a place with such a vintage vibe – failed to impress. ‘Milk and cookies’ sounded playful but were actually a sorry mess, the milk foam too sweet, the cookie too solid and stale (the chocolate sauce was fine, but how could it not be?). It was the same story with our other dessert: caramelised apple mille-feuille with evaporated milk ice cream. It was better on paper than on the palate.

Still, staff were lovely and, on a cold winter’s night, the space, in a Grade II-listed building, was as inviting as it gets.