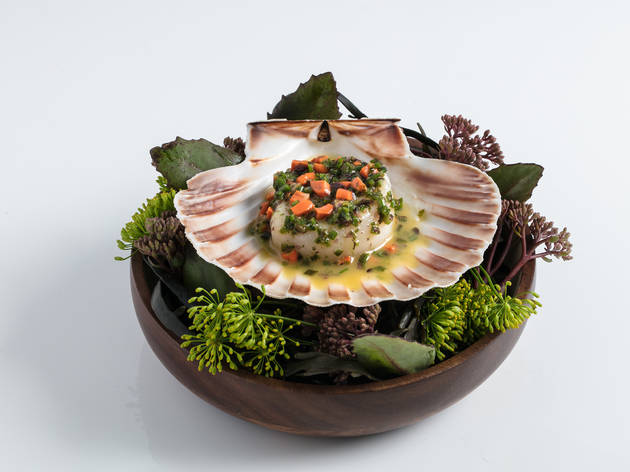 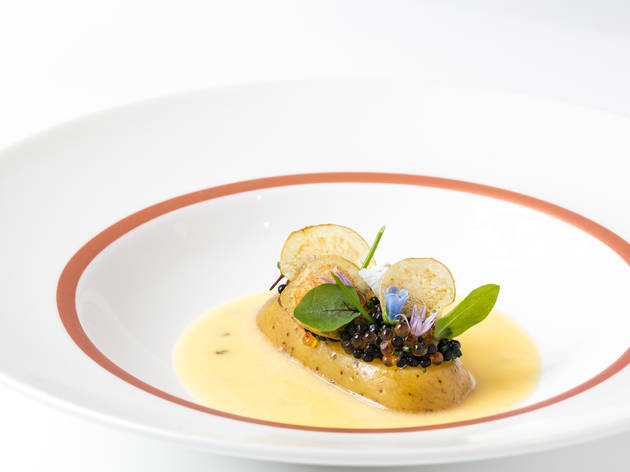 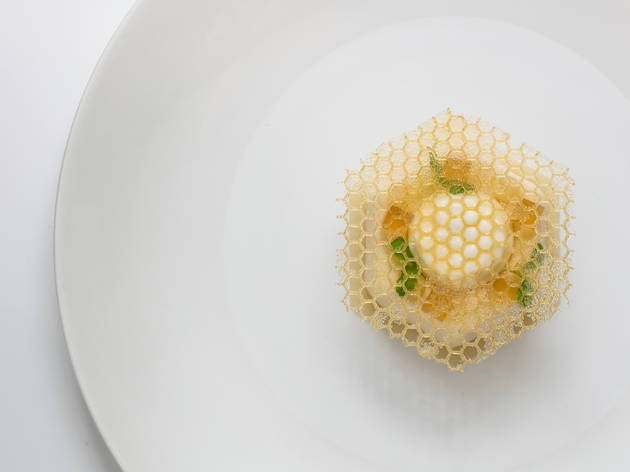 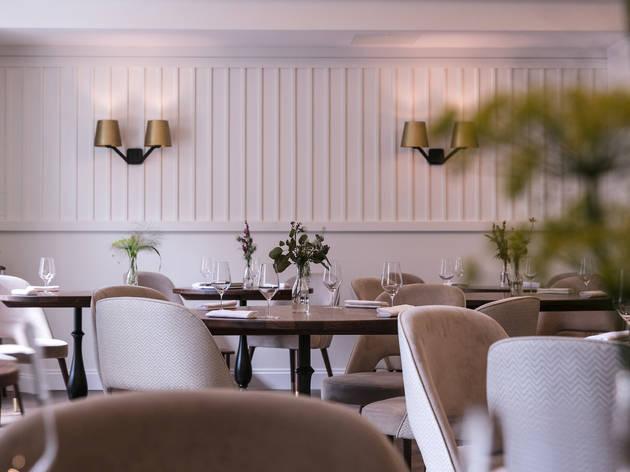 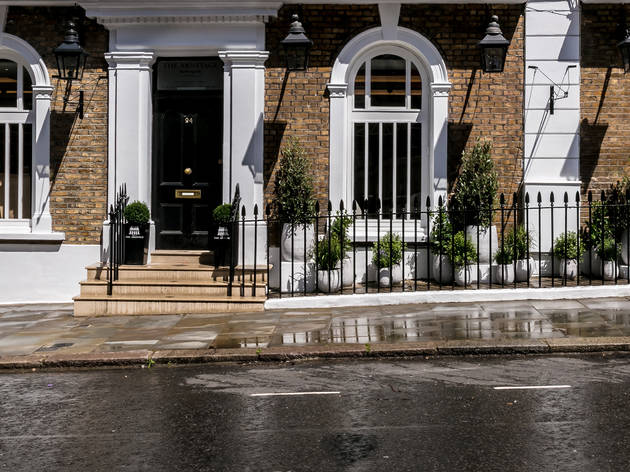 A restaurant from Clare Smyth, the first female chef to hold three Michelin stars in the UK.

She’s back. Clare Smyth. Also known as the first – and still only – female chef to run a three-Michelin-star restaurant in the UK. (Restaurant Gordon Ramsay, FYI.) And now, at last, she’s gone solo.

And what a debut. This is a not a teeny hatch in a plus-sized zone, but a gorgeous period building in Notting Hill. And though this is a high-ceilinged, elegant room, it’s vibrant, not pompous. There are no tablecloths. No carpets. Just circular rugs under the 13 tables, like small alien landing pads. But there’s luxury too: the chairs are so smooth I found myself furtively stroking them when no one was looking.

The food is special. It’s technical, of course, but playful too. One dish came with fermented-then-fried ‘crisps’ on top: Smyth’s take on salt-and-vinegar (her favourite flavour, apparently. Lady’s got good taste). Underneath? A large, waxy, Charlotte potato. I mean, there was trout roe and beurre blanc and all that sort of deliciousness, but there was no escaping the potato. This, in a restaurant reaching for the stars. ‘Clare’s from Northern Ireland’, explains the waiter cheerfully, ‘so she really wanted to include a potato’. I love the audacity.

Another dish was not of lamb with carrot, but the upside-down version: carrot with lamb. ‘Because we all need to eat more veg, right?’ says a new waiter with an almost-wink. A plump, shiny specimen, cooked soft and sweet like something you’d feed to a baby, it had morsels of unctuous, umami-ish shredded meat carefully arranged along its top edge. To one side, an innocent-looking cube of brioche. Surprise! There was more lamb inside. It was a bouncy, buttery, Trojan horse.

The supplier list reads like a foodie’s wet dream. Case in point: the butter is from Buttervikings, a couple of UK-based Swedes who also supply super-restaurant Noma. It’s tangy, crumbly, almost cheese-like. And you can only eat it in restaurants. So eat it. Eat all of it.

There’s drama, too: cloches are lifted to release wisps of smoke, vinegar is ‘spritzed’ at the table. A meaty, moreish scallop came in its full shell, the top half then instantly whisked away. This is flim-flammery for the sake of it, yet it manages to feel fun, not obnoxious.

There was only one serious blip. The very last dish, a bauble-like dessert which though structurally stunning – all doll-sized jelly cubes and meringue disks the size of five pence coins – was bland yet cloying, obliterating the subtle scent of the tweezered-on lemon verbena leaves.

Finally, a tip: go on a ‘dry’ day. If you lay off the booze, then the £75 set menu (three courses, fatted with freebies), is, for a place in this league, not (too) shocking. But go now, before the Michelin men find out about it.