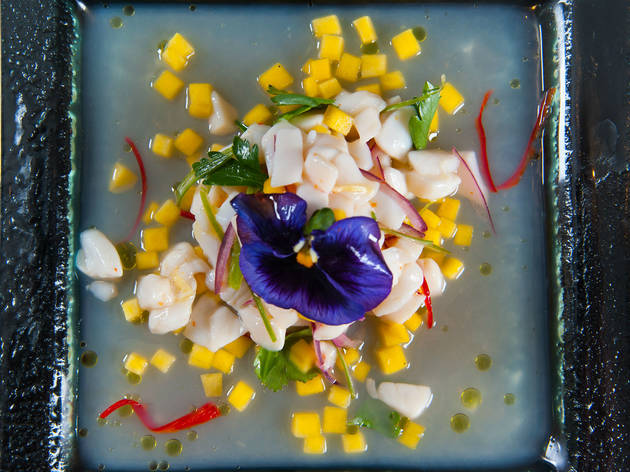 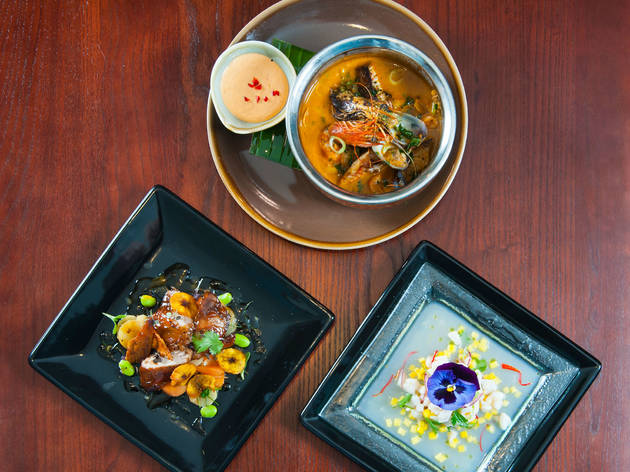 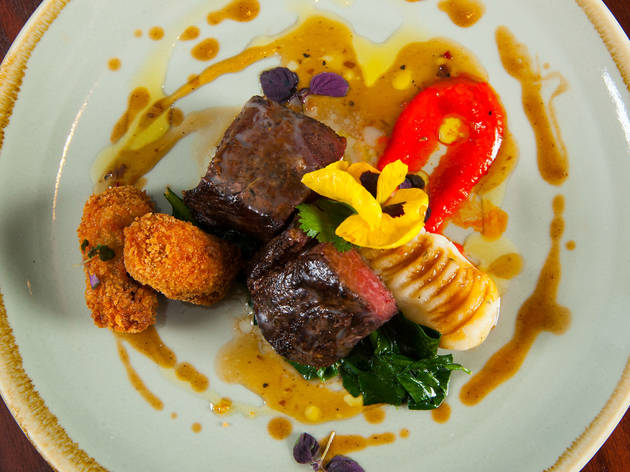 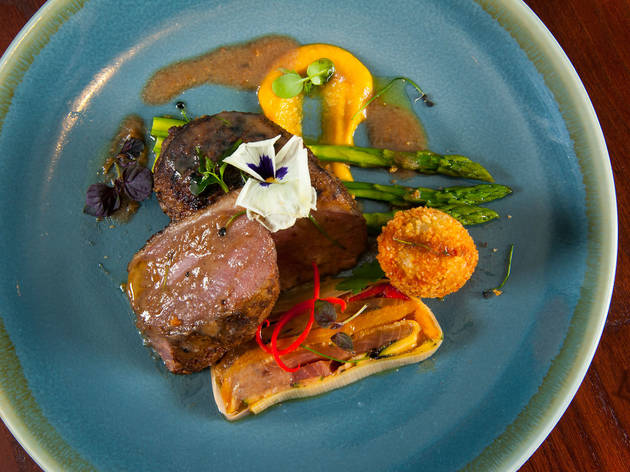 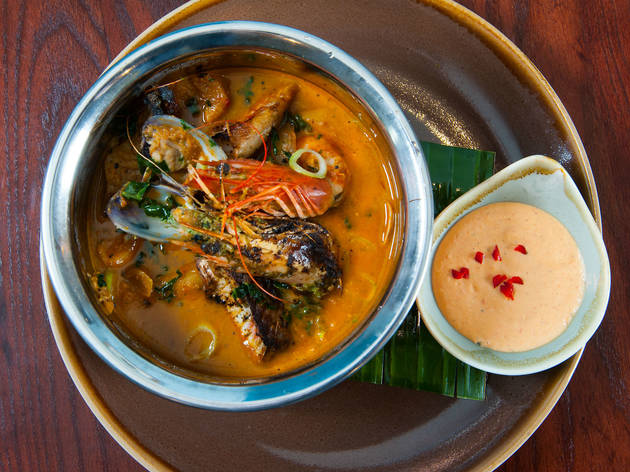 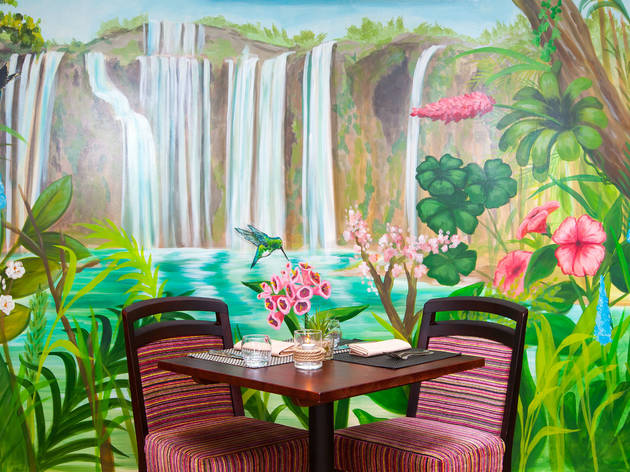 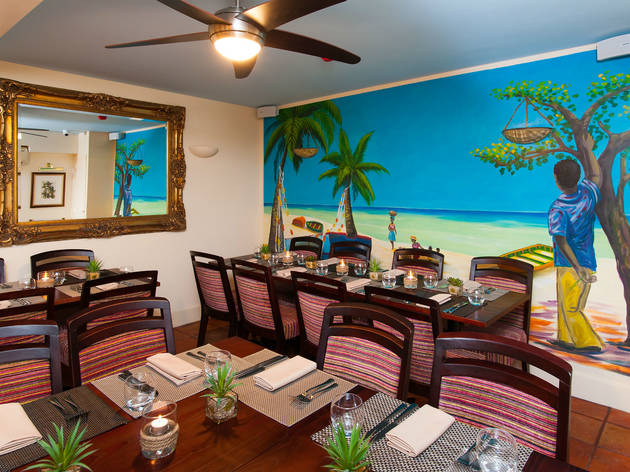 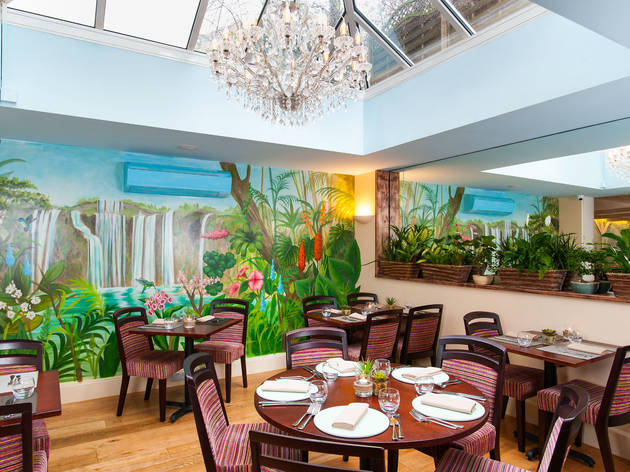 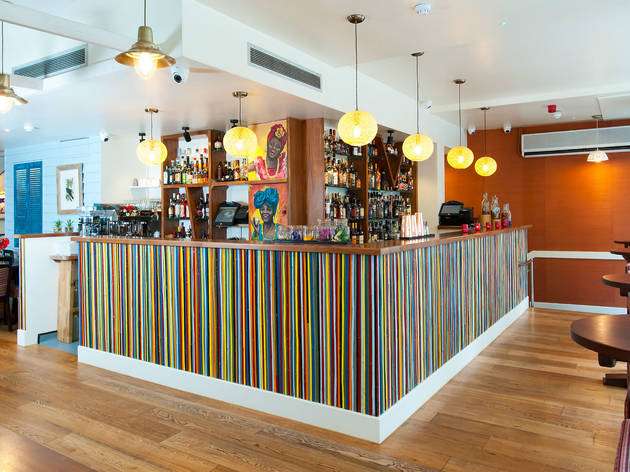 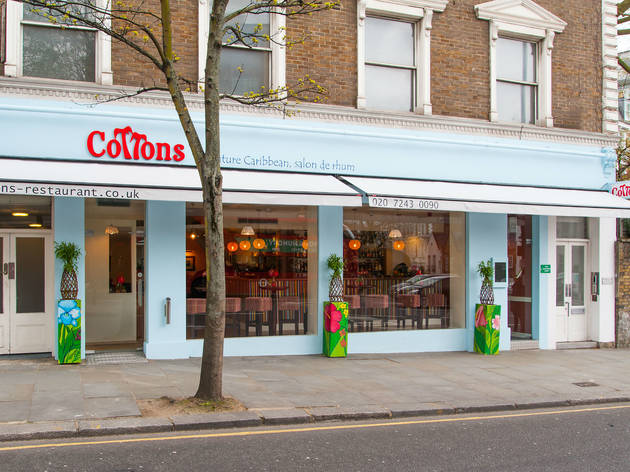 One of the capital’s oldest Caribbean restaurants spreads its wings to Notting Hill.

Long before the current wave of street food came along, I fell in love with Caribbean food served out of a van on the side of a road in Manchester. Mr Buzzrocks’s secret recipe was so sought after he guarded it with an enormous meat cleaver.

Times change, and Cottons in Notting Hill is the opposite of the rice and peas you can find dished up in polystyrene boxes – it bills itself somewhat bizarrely as ‘couture Caribbean’, the decor is smart, the wine glasses clink like they cost a few bob. Oh, and they play Loose Ends on repeat (bonus points for that).

The menu takes inspiration from across the Caribbean, and it’s ambitious: there are mains, such as a spiced coconut bouillabaisse, that cost nearly twenty quid. But thankfully they’ve also stayed true to their roots, and the classics – jerk chicken and curried mutton – are dispatched with the love and attention that a great band reserves for its biggest hits. You can find these under ‘sharing plates’ for around seven quid each on the menu, although you might not want to share them.

We greedily attacked the mutton stew with its impossibly tender meat and heavenly gravy. Another table’s roti looked so good, we ordered that too, and used it to mop up every last bit of piquant jerk sauce. Sides of rice and peas and plantain (£3 each) were flawless.

Like the original Cottons in Camden they’ve got a rum list as big as that of any venue in the capital, and there are plenty of cocktails on offer. A bottle of Picpoul de Pinet (£26) provided a refreshing foil to the food.

Cottons offers a lot more than the traditional classics, but I’ll go back for more of the same. I reckon Buzzrocks would approve.