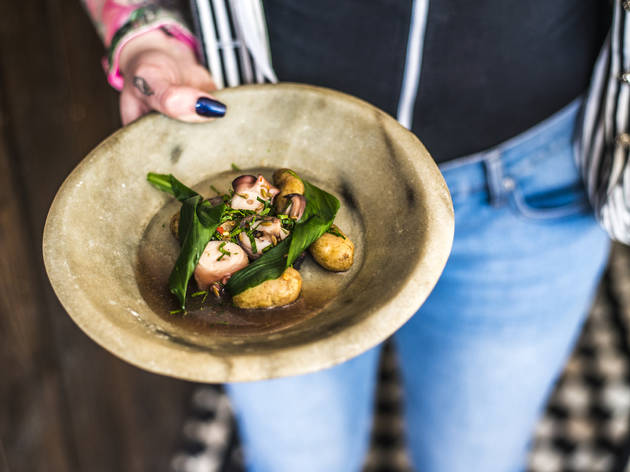 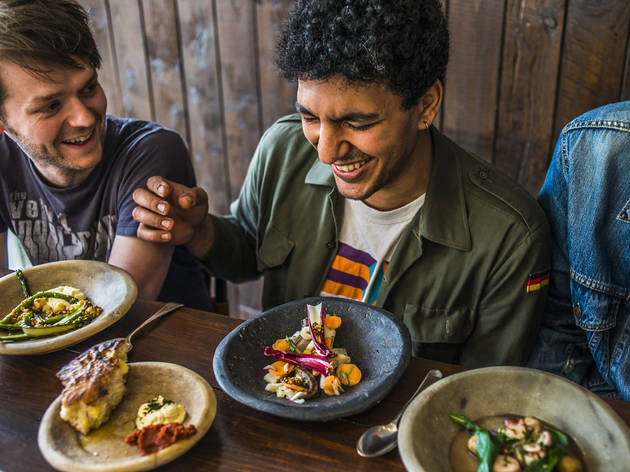 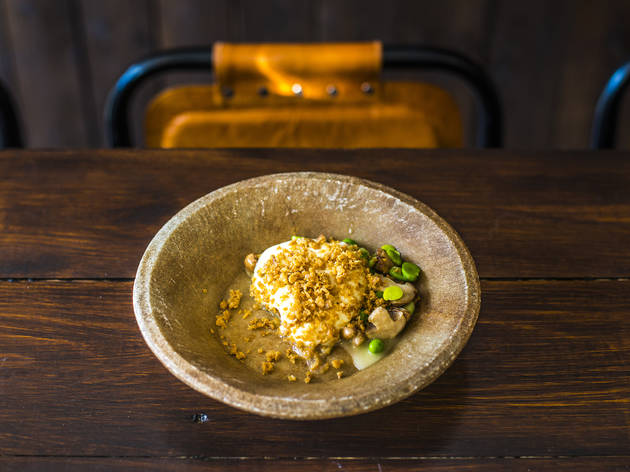 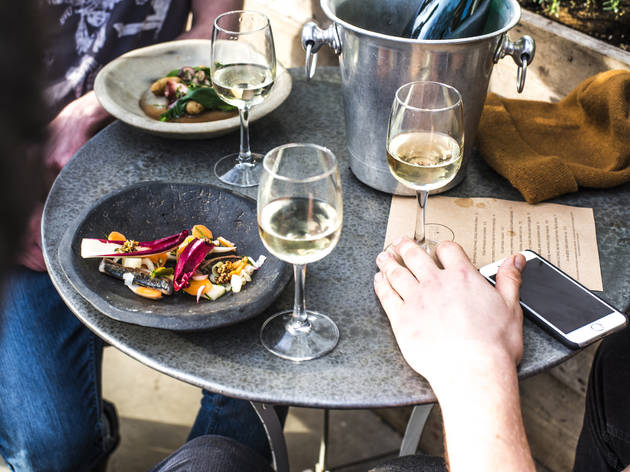 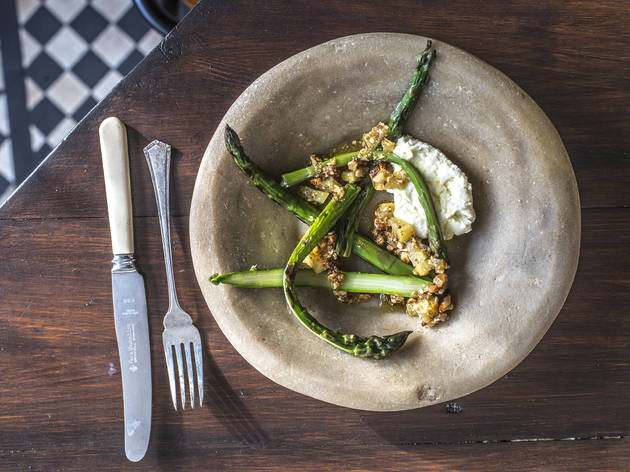 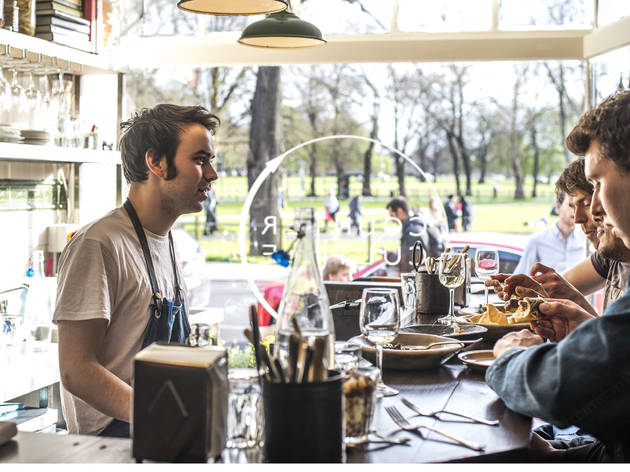 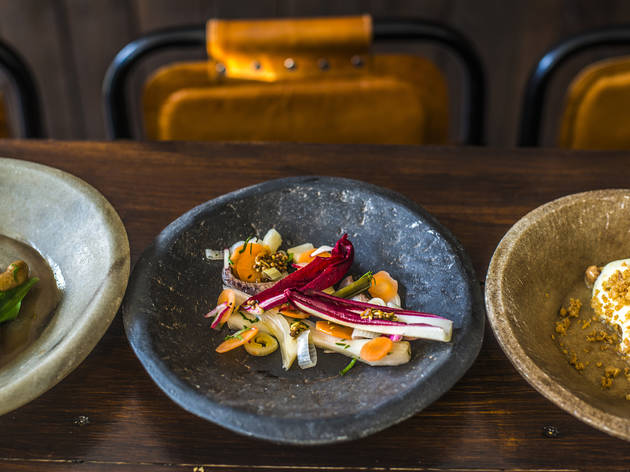 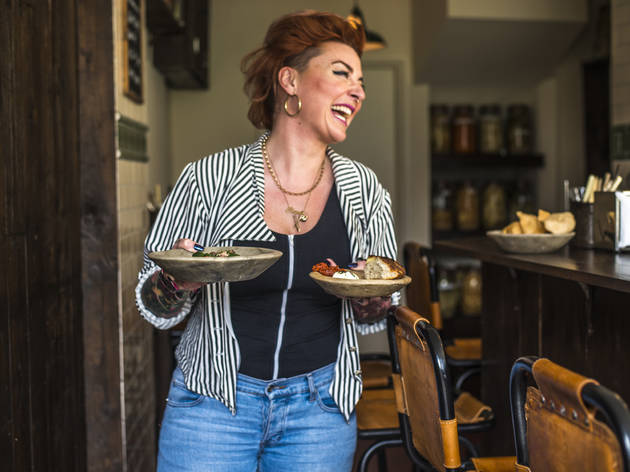 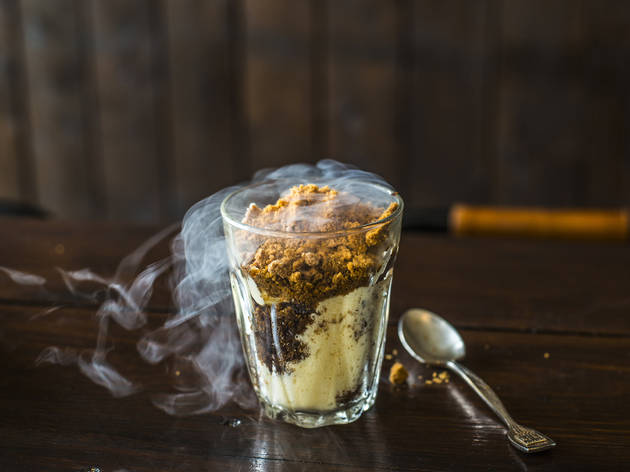 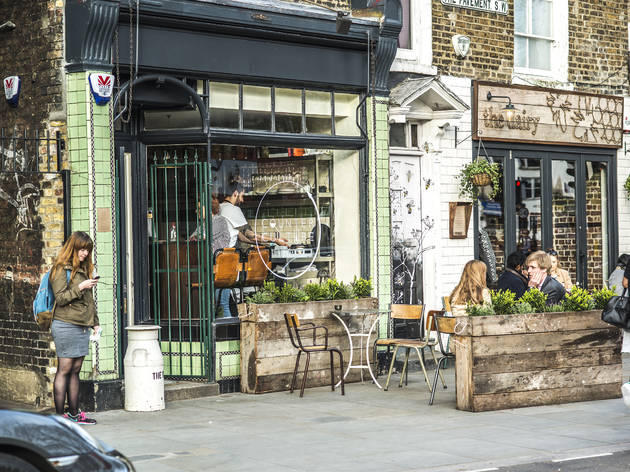 A counter restaurant spin-off to The Dairy, right next door.

Every so often a restaurant comes along that has me reaching for a sixth star. Counter Culture is brilliant in the way that ‘The Simpsons’ is brilliant. I’ll explain. Taken at face value, ‘The Simpsons’ is just a cartoon about a lovable bunch of small-town stereotypes in various shades of banana. But dig deeper and you’ll find the care and thought that go into it, with classic literature, political history and cult cinema wryly woven into the action. That’s the charm of this seemingly casual counter restaurant from the crew behind The Dairy (next door), The Manor (up the road) and Paradise Garage (in Bethnal Green). You could easily rock up, order a few of the small plates and think: Hey, this is all pretty nom-nom, isn’t it? Which is fine. But for anyone who’s ‘into food’ (which is the only way for me to say ‘foodie’ without wanting to stab myself in the eye), this is a great place for a game of Guess How Much Work Went Into This.

Example: a dish of potato bread and nduja (salami paste), with a cultured cream dip. Smeared on the edge of the plate, the moreish, intensely flavoured sausage meat had both sweetness and heat. To make it, they buy slabs of pork belly, strip the skin, salt-cure it, mince it, add a paprika marinade, put it into sausage skin (purely so it can be hung and smoked), let the flavour develop in the fridge for three days (using a meat culture), hang it, smoke it, split it open, bring it up to room temperature, hand-whip it then serve it. Phew. All for a bit of spreadable sausage. I’m not even going to get started on the cultured cream, or the bread – apart from to say that it’s studded with pieces of potato and the sour note comes from the addition of kefir, a fermented milk. The damage? A mere £4.

There were terrific home-made crab crackers (like posh prawn crackers, £4) with tangy pickled seaweed and a silky brown crab dip; smoked octopus (£8) came with wild garlic, pickled calcot onions and the fragrant crunch of coriander seeds. The accompanying ‘potato emulsion’ was made with the octopus juice and oil from the earlier nduja. Of course it was.

If this makes Counter Culture sound pretentious, it’s really not. Staff are all tats and charisma; coats hang on a rack by the door; the music is old-school (Snoop Dogg, Gorillaz), the room buzzy. There’s no booze (BYO corkage is £4) and to go to the loo, you have to walk outside and into The Dairy. These are the sort of minor inconveniences that Michelin would frown upon. Fuck Michelin.

In fact, the only issue is that there are just 15 seats (although you can now book, via email, plus there are alfresco tables for sunny days). So plan ahead and try to sit at the main counter, where you can order direct from the chefs and lean in to ask the question, ‘How do you make this?’ Then buckle up for the answer.