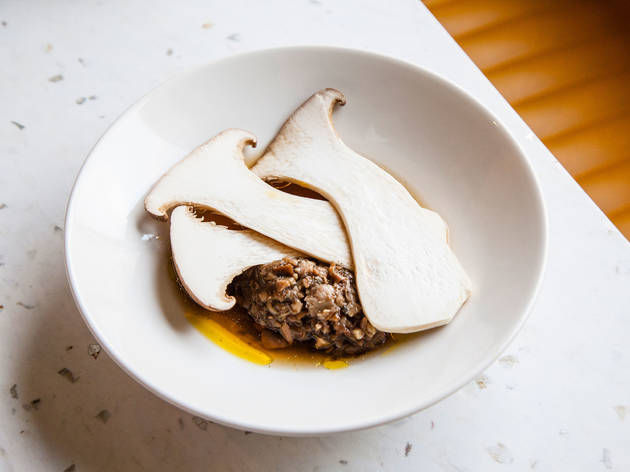 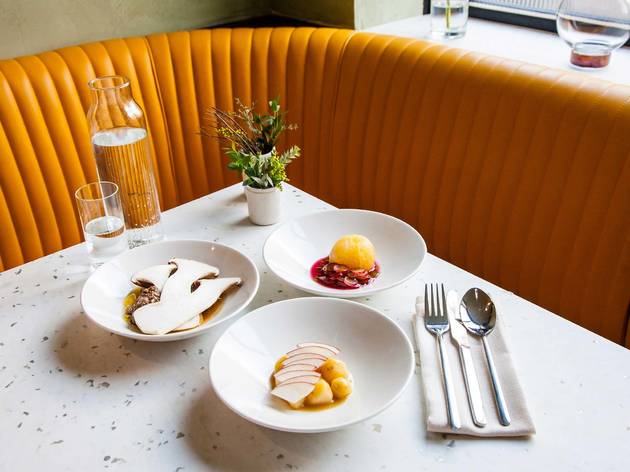 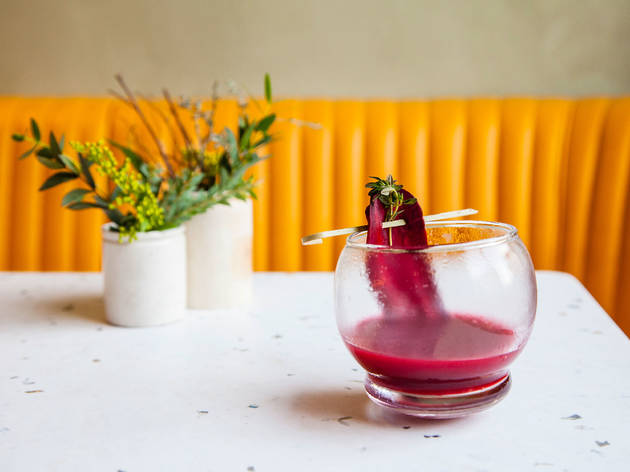 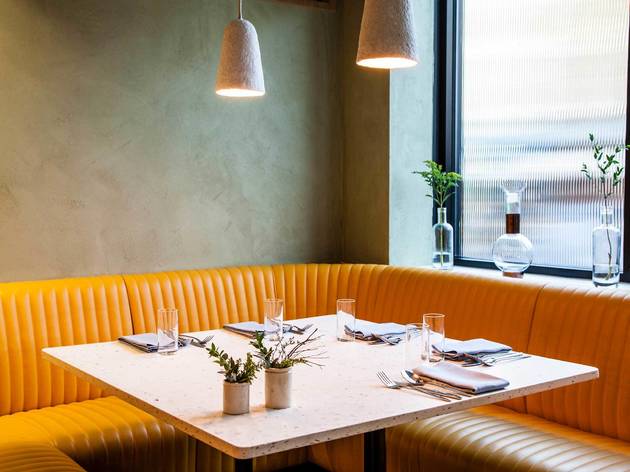 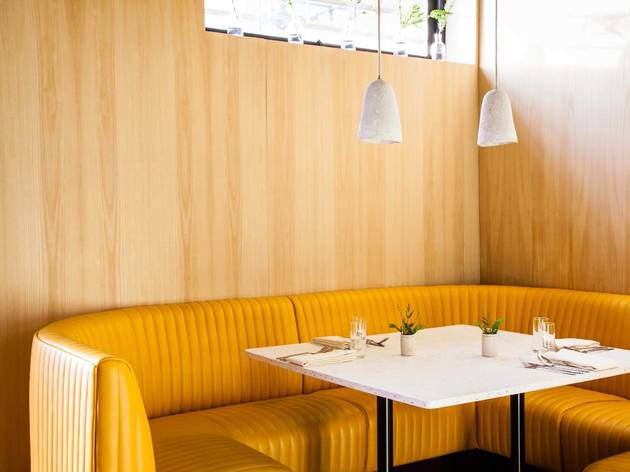 Welcome to Cub. Mr Lyan’s new baby. You know, the dude behind boundary-shifting bars White Lyan (which closed to make space for this newbie), Dandelyan (at the Mondrian Hotel) and Super Lyan (his latest drinking den, just downstairs). All, of course, temples of imbibery. It’s where Mr L – aka Ryan Chetiyawardana – made his name. But this (Lyan) Cub is a different beast. Because it’s a restaurant.

Not just any old restaurant. Really, it’s more of an ‘experience’, if I can say that without anyone rolling their eyes. You come for the no-choice menu: small, inventive plates, teamed with equally creative cocktails, all of which are included in the £45 per person price. (There is, apparently, an à la carte option too. We weren't offered it and wouldn't have wanted it anyway.)

It gets better: ingredients are sustainable and many are would-be waste items. This means that, while it’s not technically a vegetarian restaurant, the food is light and plant-heavy, with animal products only making fleeting guest appearances. ‘We try to include it conscientiously’, explains one staffer. ‘Like using bones to make our bone broth.’ The team have got real skills, too: chef and co-founder Doug McMaster launched Silo in Brighton (the UK’s first zero-waste restaurant) and there’s even been input from Dr Arielle Johnson, previously resident scientist at Copenhagen super-restaurant Noma.

The best thing? A veggie dish of chervil roots. These buttery little stubs came layered with miso, apples and what they call ‘turbo whey’ (they get the whey from Neal’s Yard. It’s a by-product of cheese-making that would otherwise go down the drain). The whole thing is creamy and savoury and off-the-umami-clock.

Other highlights, like the deconstructed tomato salad, are vegan. An oversized yellow tommie sat skinned and shimmering, like an organ waiting to be transplanted. Next to it were muscat grapes, sliced into shiny coins, and finely diced, lemon verbena-brined green tomatoes, all in puddle of sweet, fragrant, oil-flecked sauce: an almost-echo of a gazpacho. Also brilliant was ‘shrooms on shrooms’: king oyster mushroom served three ways. The giant stalks came roasted and meaty; offcuts had cooked down into a sharp, vinegary mound of rough paste. And on top? Slices of raw mushroom, as unblemished as virgin snow. It was enough to convert mushroom-haters.

Drinks are fairly bonkers. You get around five or six, including a dinky glass of Krug (yup, sustainable) with a herb-infused cube of water jelly at its base; a cocktail of plum, gin and carrots (they ripen the carrots with bananas – of course they do); and a grand finale of peach, coffee and cognac, stirred with a mint-chocolate matchstick.

But you know what really makes this place purr? Its ambiance. It’s open on Thursday, Friday and Saturday nights only, and the vibe is more like a houseparty than a dining room (the eclectic, goodtime music is all put together by the crew). The super-savvy staff are outrageously friendly. It’s chic and cheery: soft sage walls, retro mustard booths and wipe-clean tables made out of recyled yoghurt pots. All, of course, designed by one of the team (who was that night working downstairs). Seriously. I love it.