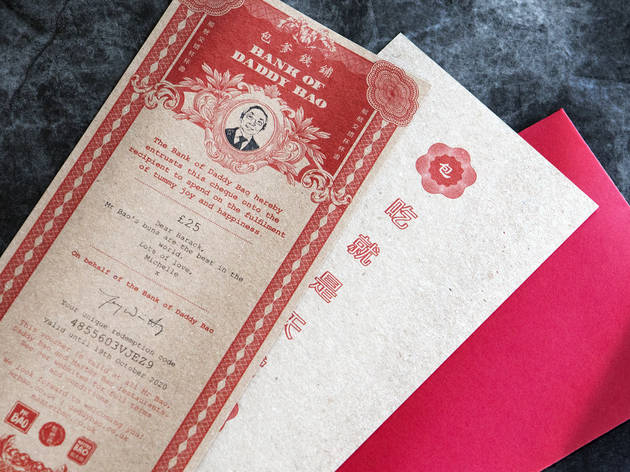 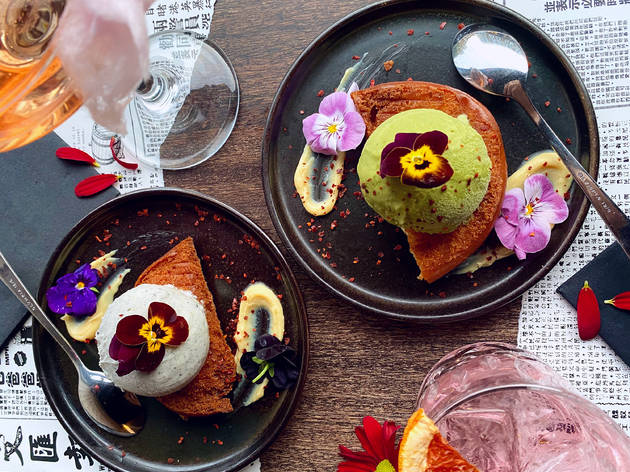 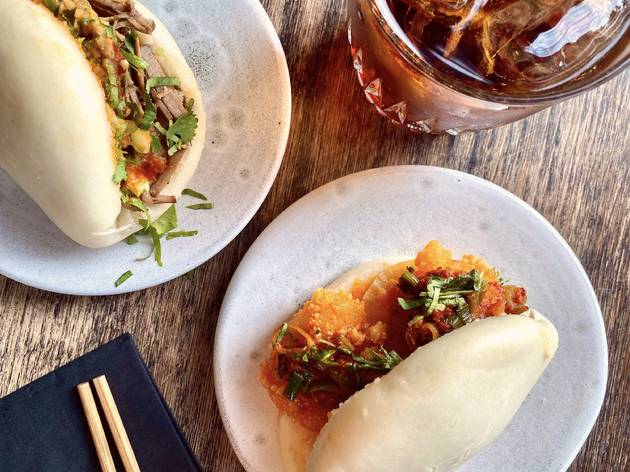 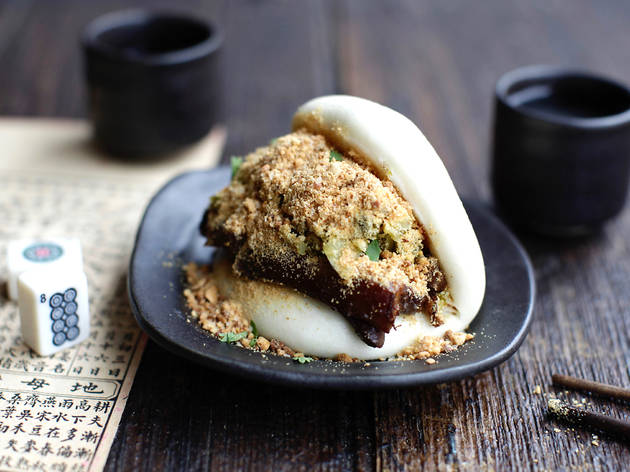 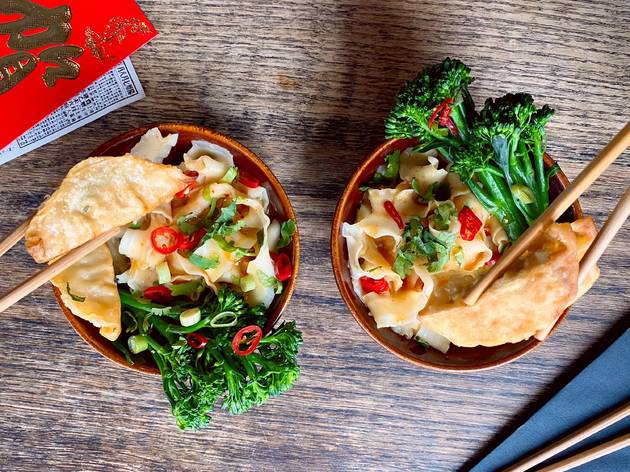 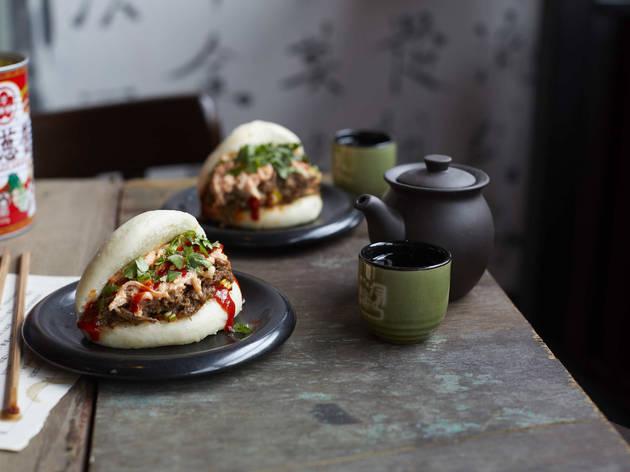 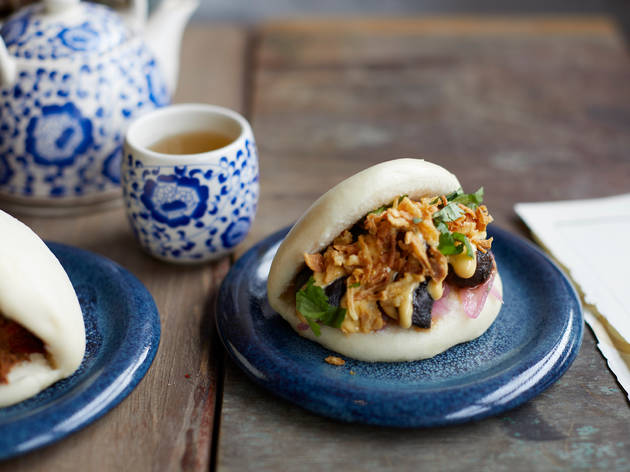 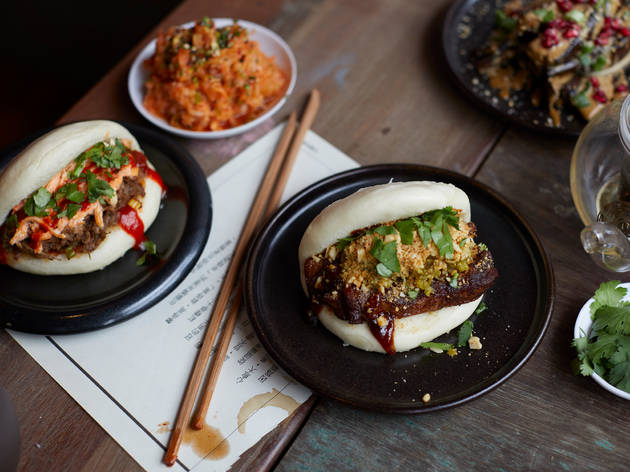 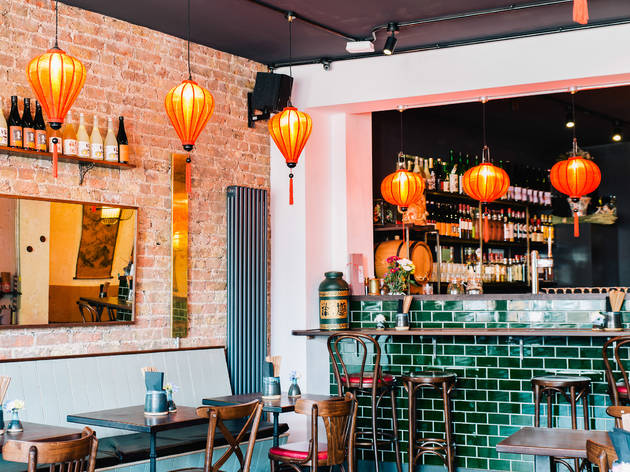 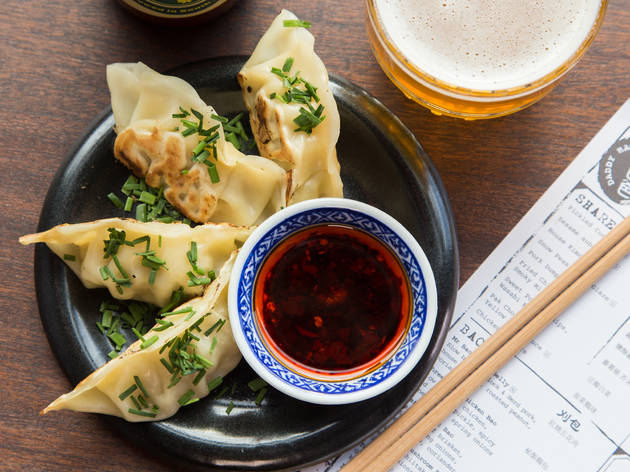 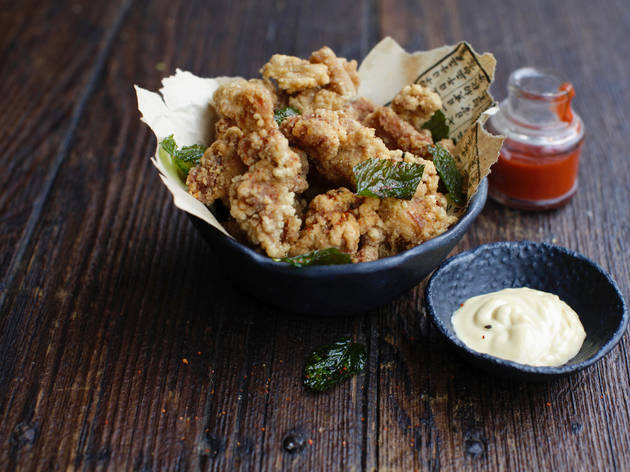 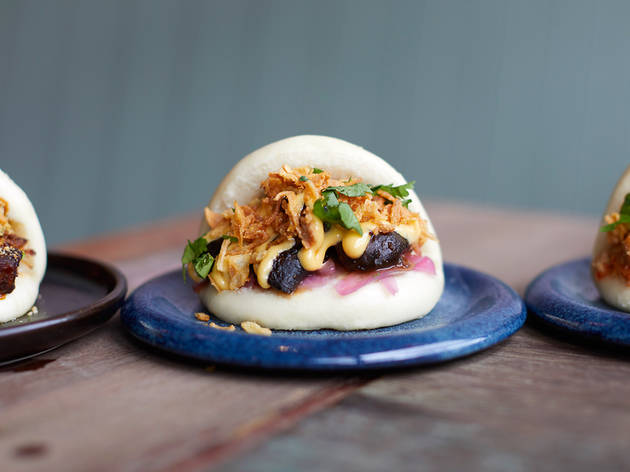 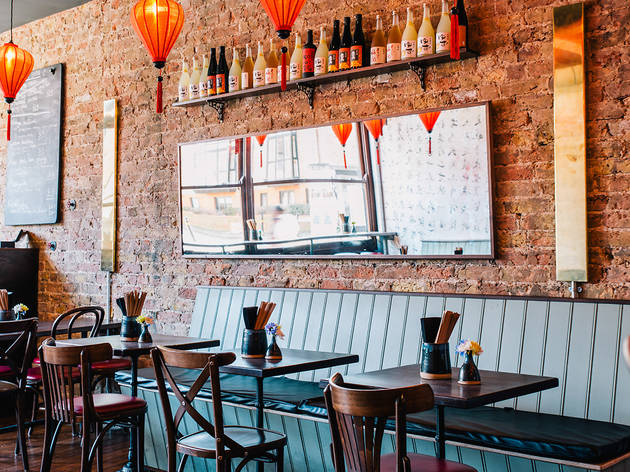 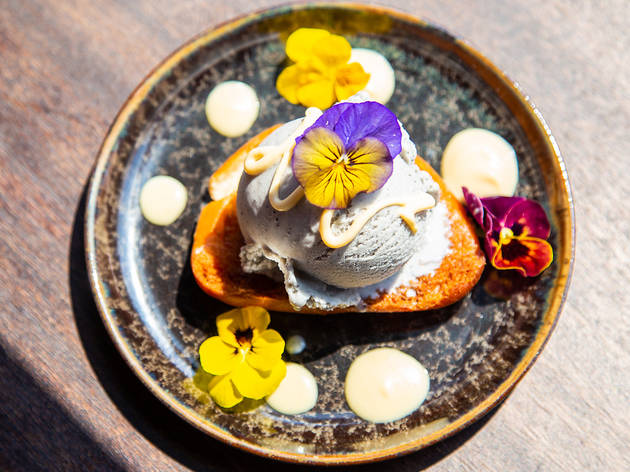 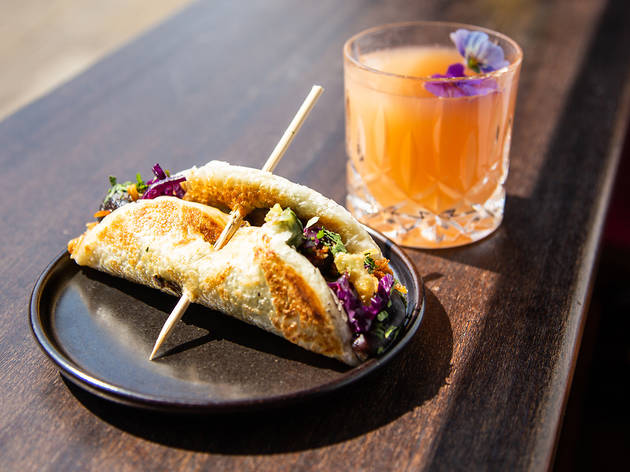 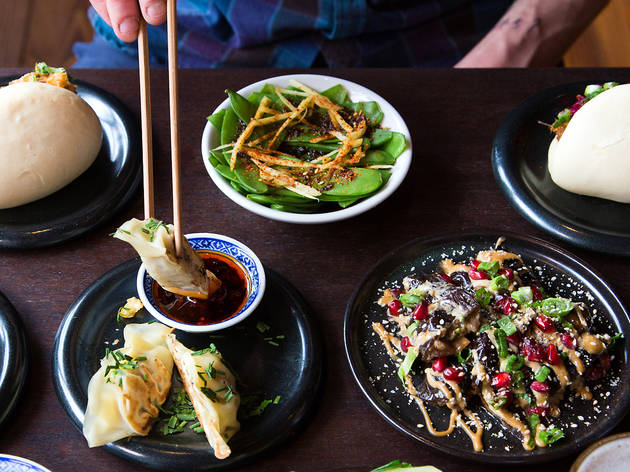 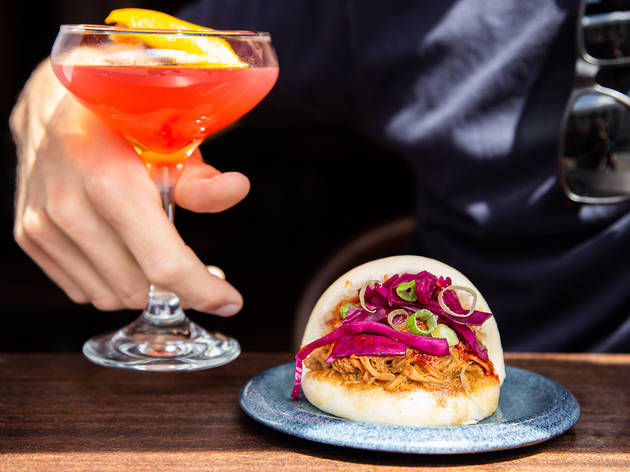 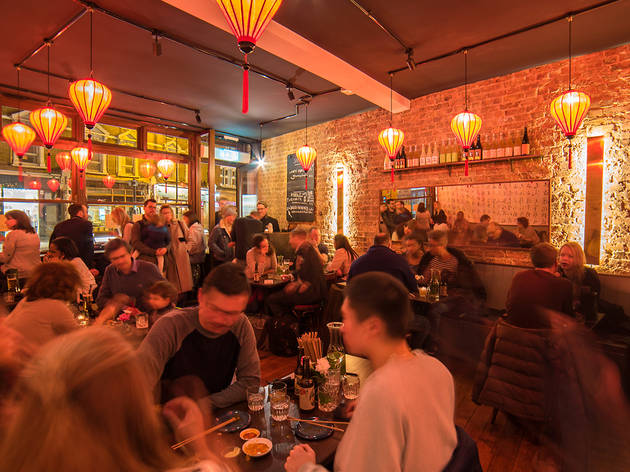 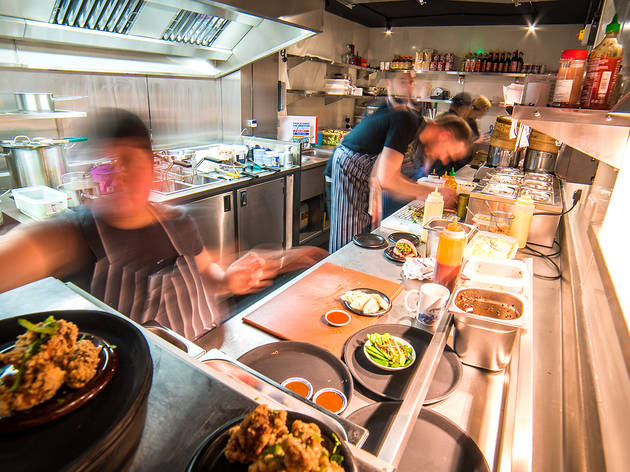 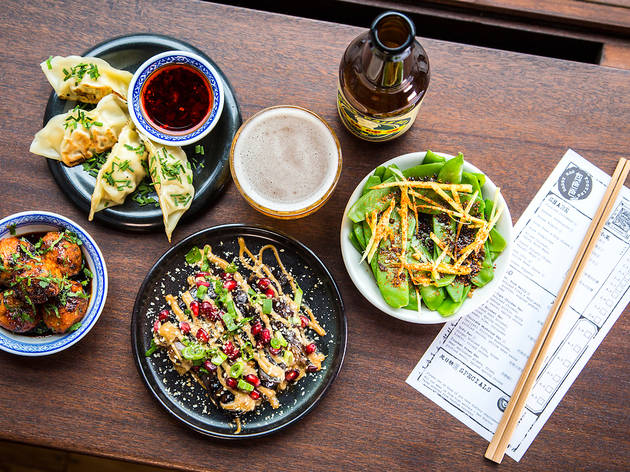 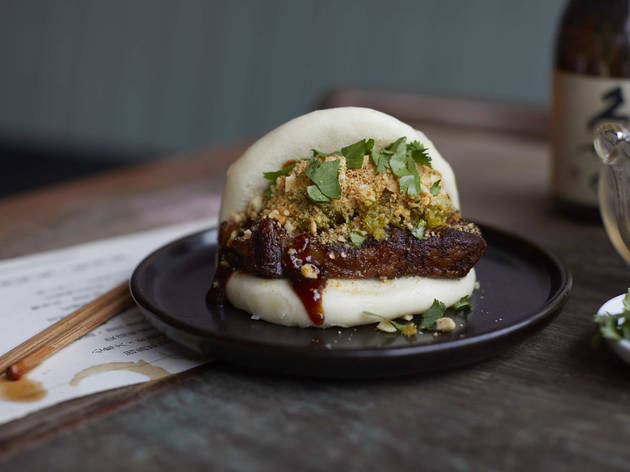 A spin-off of Peckham’s popular Mr Bao, this time in Tooting.

In 2015, Mr Bao took Peckham by storm, daring to bring the decade’s hottest trend – that of steamed milk buns with punchy fillings – to SE15. And to do it well. Fast forward to 2018 and owner Frank Yeung is at it again, this time naming the spot in honour of his father (himself a veteran restaurateur) and migrating west, to Tooting.

The look is ‘hip Asian’: red lanterns, their tassels hanging down, cast a glow across dark glossy tables and a wall of hand-drawn Mandarin characters. There’s a tiny counter bar (obvs) as well as some lovely exposed brick (double obvs). It’s dark, buzzy and atmospheric. It’s fun. Better yet, the food was mostly very good.

The star creation wasn’t a bun, but a soft, sloppy, moreish dish of sesame-slathered aubergine, lifted by the allium hit of sliced scallions and the sharp, sweet tang of pomegranate seeds. Also good were pork dumplings (plus chilli oil for dipping), their edges crimped and russet-coloured, their insides dense and juicy.

But you came for bao, and bao you should have. Like the beef bao. It was beautiful. We’re talking melt-in-the-mouth brisket nicely offset by the zingy bite of a wasabi slaw and the verdant freshness of leafy coriander. All snuggled into a spongy, pillow-soft bun that’s as good as any you’ll find in W1. If you can take a bit of heat, get the prawn bao too: juicy beer-marinated prawns, layered with pickled mooli and (very) spiced spring onions.

A low point was a garlicky, amateurish plate of kimchi, but with dishes this cheap and staff this friendly and accommodating (let’s just say we far outstayed our welcome), it’s an easy thing to forgive. All hail the daddy.