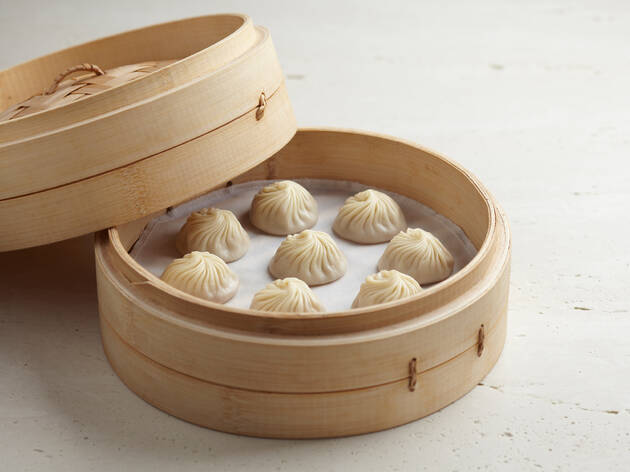 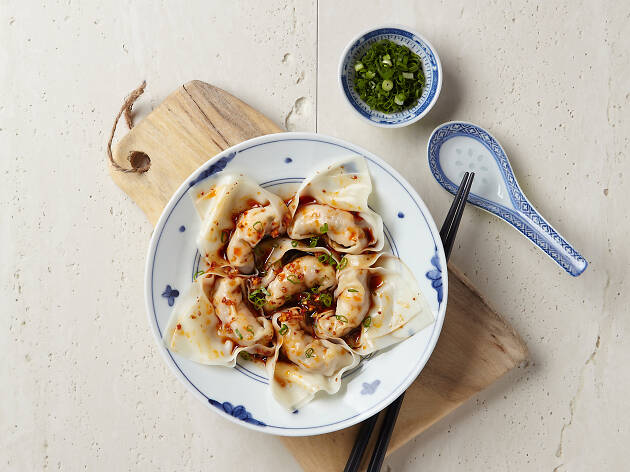 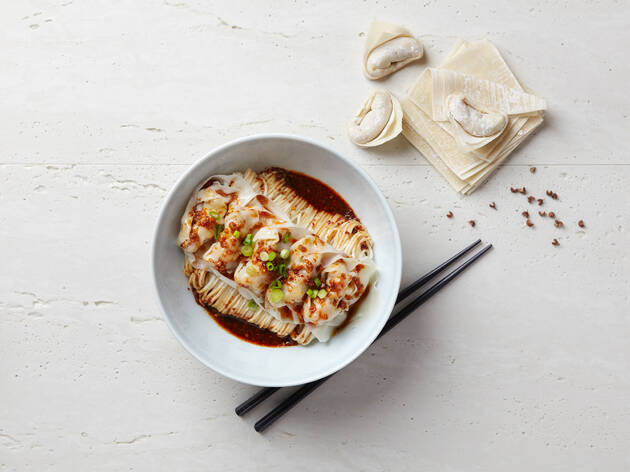 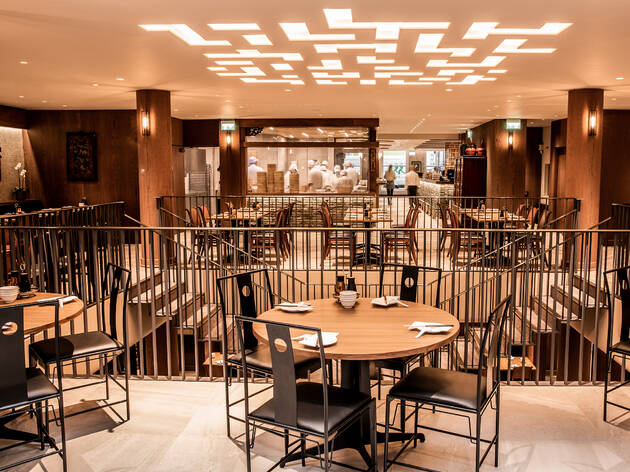 The flagship London branch of a dumpling chain.

If you’re plugged into social media, or are just a human in London who reads the news, here’s what you’ve most likely heard about Din Tai Fung: a) it was founded in Taiwan by a young Chinese immigrant but now has branches in more than a dozen countries; b) it’s best known for its xiao long bao – Shanghainese soup dumplings – but also plenty of regional Chinese street food; and c) it’s a cult phenomenon, where you should expect to queue. And while a) and b) are true, c) is really just a matter of timing. If you hate to wait, go for an early lunch: at noon on a Tuesday, we walked right in; on a Saturday night, it’ll probably be a different story. But you can drink and snack (space permitting) in the bar area or leave your name and number at the door: they’ll text you when your table is ready. So far, so civilised. Inside, it’s also civilised. This is its London flagship, and smarter than a typical no-bookings chain. You head past a glass-sided kitchen where a swarm of dumpling chefs in surgical masks churn out tiny edible parcels at a terrifying pace. The dining room is an airy spot, tricked out in shades of brown and grey, with a central atrium. Menus are laminated, sure, and the tables wipe clean, but there are ink prints on the walls and orchids on shelves. Service is hyper-efficient, with some dishes seeming to magically arrive the instant we ordered them, though we didn’t feel rushed.

But anyway, the food. It’s mostly great. Of the signature soup dumplings, the crab and pork are the ones to order: the sweetness of the crustacean beautifully balancing out the fatty meatiness of the pig. But there’s so much more to this place than xiao long bao. The wontons, for instance, are terrific, in part because of the sheer quality of the wrappers: the freshly made pastry flapping around like fat ribbons of pasta, a blank canvas for the dense, good-quality fillings. The prawn and pork ones with black vinegar and chilli oil are one of the best dishes here. The sauce is fragrant, with just a hint of heat, and thick with braised scallions: it’s seriously addictive. Another must-order is the crispy prawn pancake: imagine a plate of prawn toast but without any of that pesky bread to get in the way. It was bouncy, golden and sweet. A chilled pudding of sago thick with fresh mango and pomelo (a mild, giant citrus fruit) was superb. Just go with the sago. Have faith.

Also good was a chilled seaweed and vermicelli salad – chewy, crunchy and fragrant with sesame – and a stack of stir-fried green beans with moreish granola-like morsels of pork and dried shrimp. Only the dan dan noodles, in a sauce that was oddly floury, got the thumbs-down.

A meal here will cost more than you’ll pay for similar food in Chinatown, but it’s better quality and in a more fashionable setting. So it’s worth it. Even if you do end up queueing.