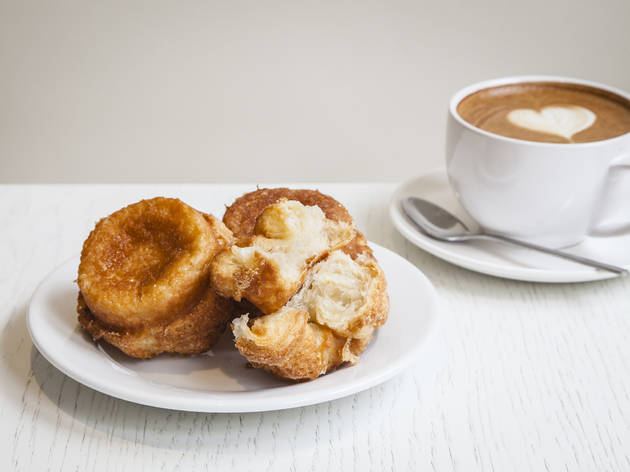 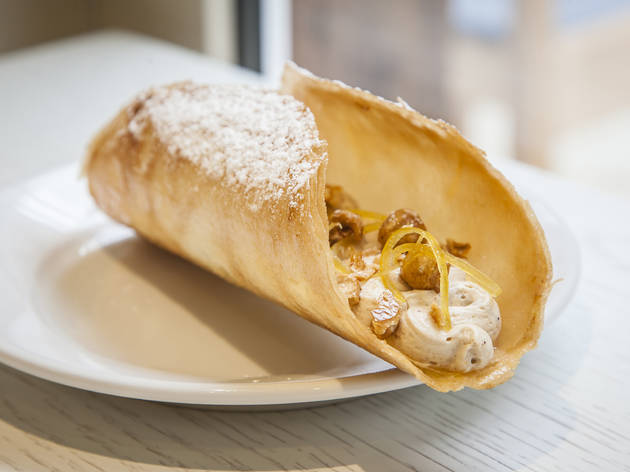 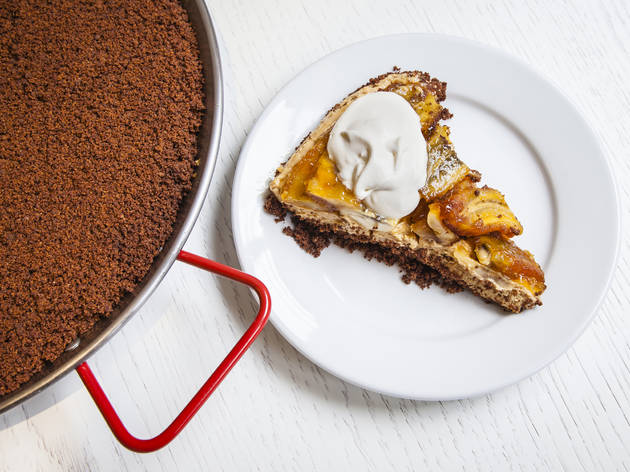 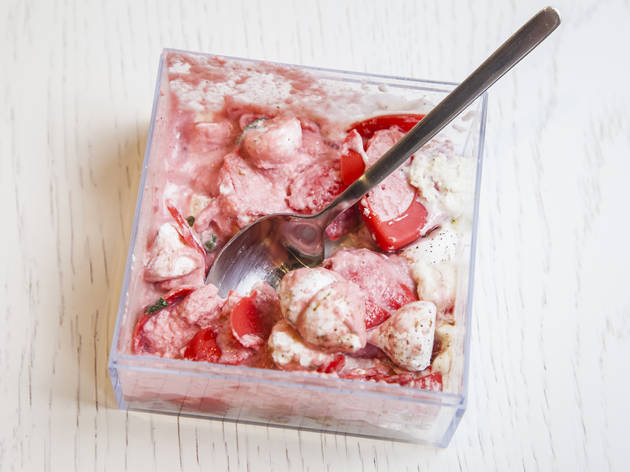 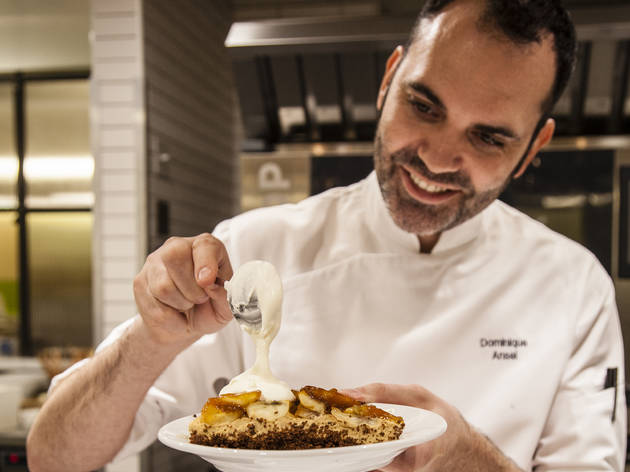 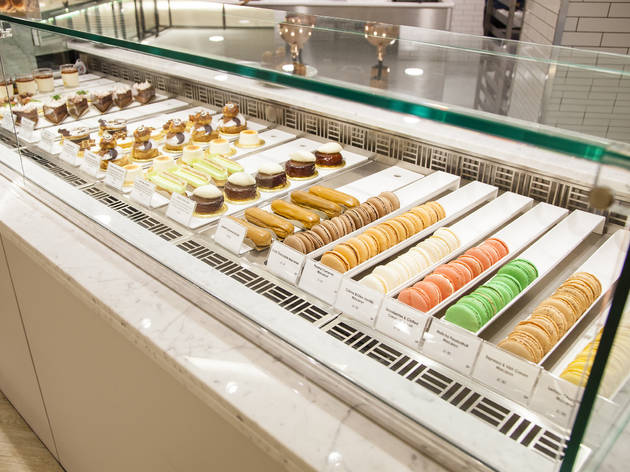 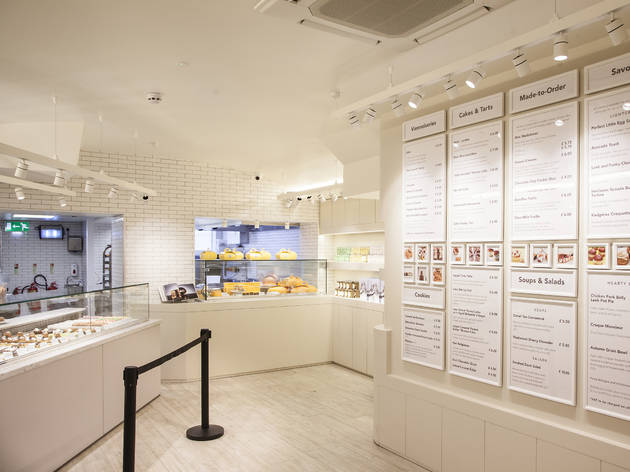 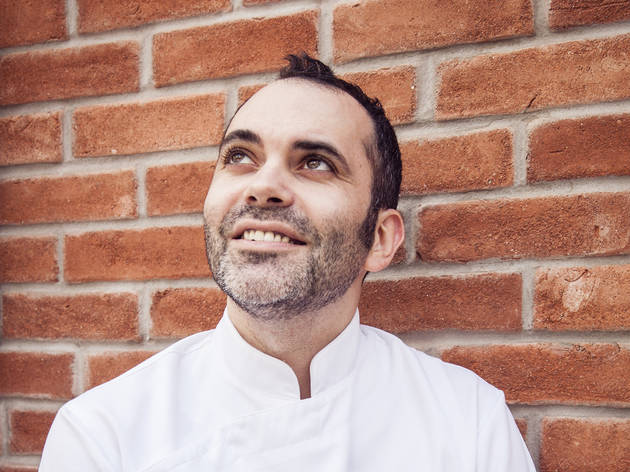 The first London branch of the famous New York bakery.

Dominique Ansel bakery – aka the home of the Cronut – has finally opened in London, and people are losing their shit. In case you’ve spent the last three years living under a rock, the Cronut is a croissant-doughnut hybrid created and cannily trademarked by master French pastry chef Monsieur Ansel in 2013, before swiftly becoming the most virally talked-about sweet treat in history. At the flagship New York bakery, they advise queuing before 7.30am and on launch day in London they sold out in minutes. Twelve days later, I arrive, sweating, at precisely 8.05, just after the doors open. Happily, on that particular Tuesday, there was no queue and they were expecting to sell them till noon.

And does the Cronut live up to the hype? Incredibly, it does. Glazed on top, sugared and filled with soft cream, this miracle of pastry engineering somehow combines the flaky buttery layers of a croissant with the sticky gooeyness of a doughnut. The result is pure dessert decadence – plus a sugar rush so hard you’ll need a lie down. Luckily, there’s plenty of plush banquette seating to rest your throbbing head on at this swish Belgravia bakery. And a smorgasbord of delights winging their way out of the slick open kitchen to perk you right up again.

Because Dominique Ansel is not just about the Cronuts, oh no. If you don’t want to stray too far from the doughnut family, try the ‘DKA’, a caramelised deep-fried croissant that’s actually overtaken Cronut sales in the US. Another must-have is the Welsh rarebit – a Guinness-Worcestershire sauce-cheddar concoction created specially for London. Arguably the best dishes are the sit-down-and-eat-with-a-fork puds: the wonderfully rich liquid caramel peanut butter mousse cake, for instance, would suit a Michelin-starred restaurant. My personal highlight was the banoffee paella: another UK-only creation, it’s banoffee pie turned upside down and built in a paella pan to caramelise the bananas and keep the buttery, deliciously salty crust crumbly. A creamy, dreamy mess of crunch and juicy flambéed fruit, this is the stuff of sweet, sticky dreams.

Do Dominique Ansel right, and you’ll be waddling out the door in a sugar coma, but it’s absolutely worth it. Get in line.