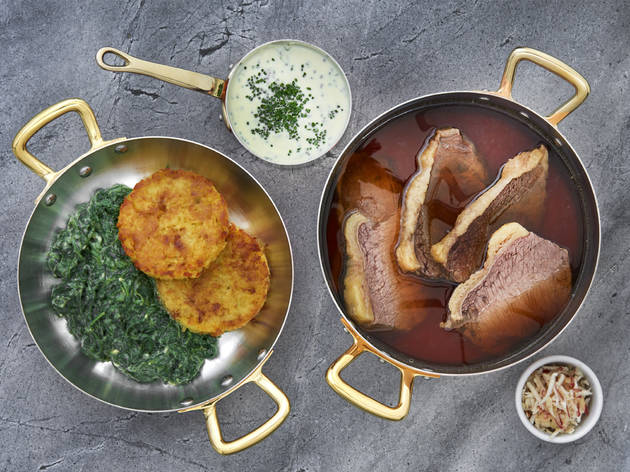 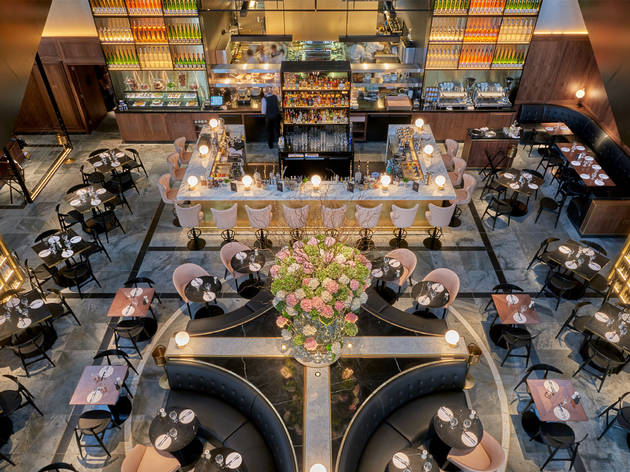 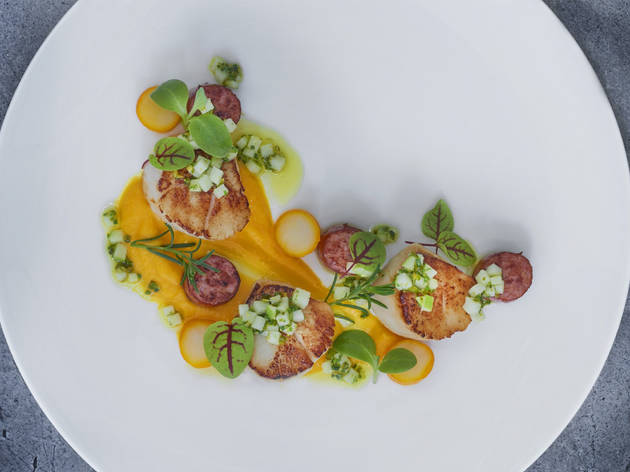 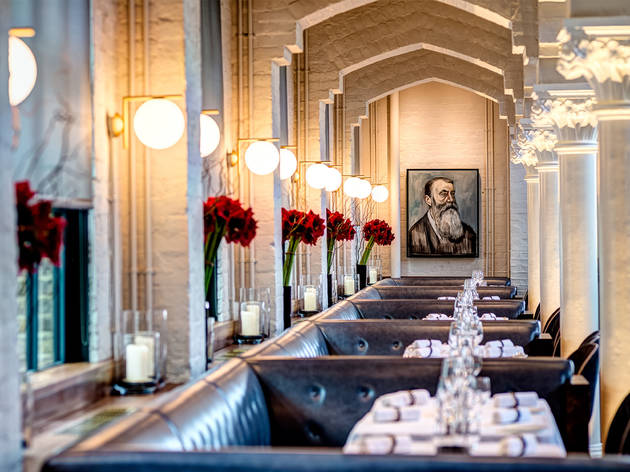 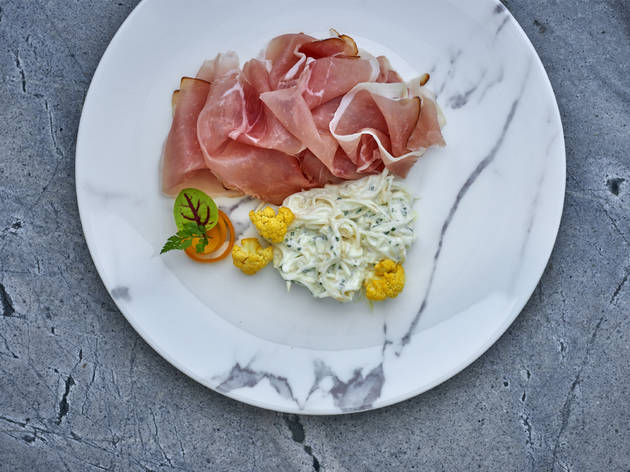 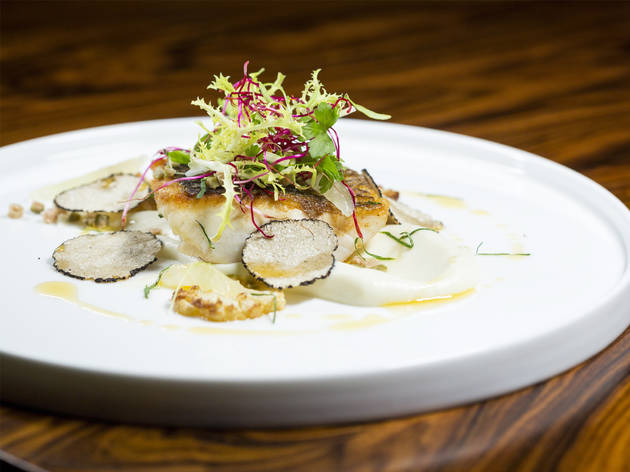 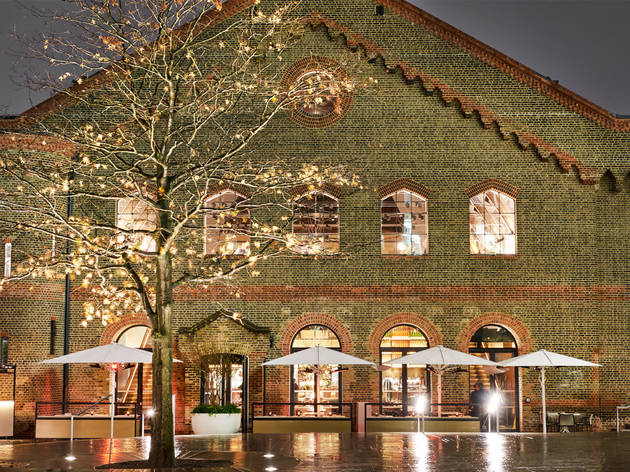 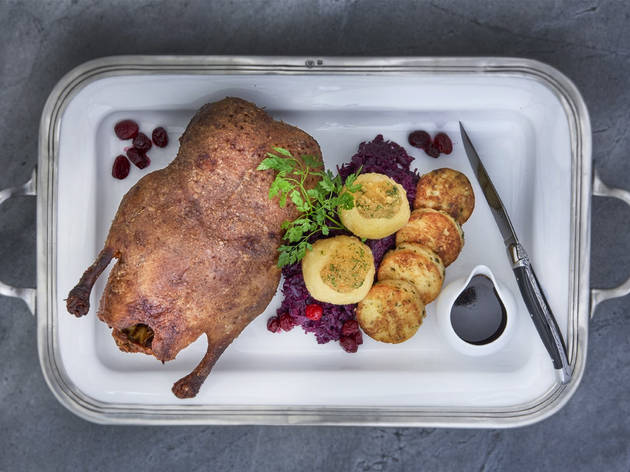 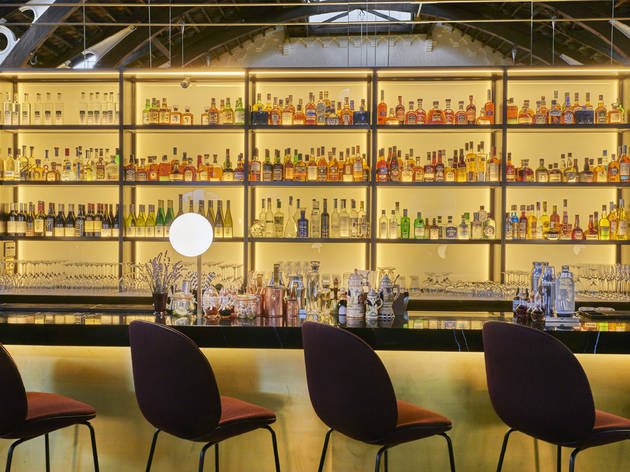 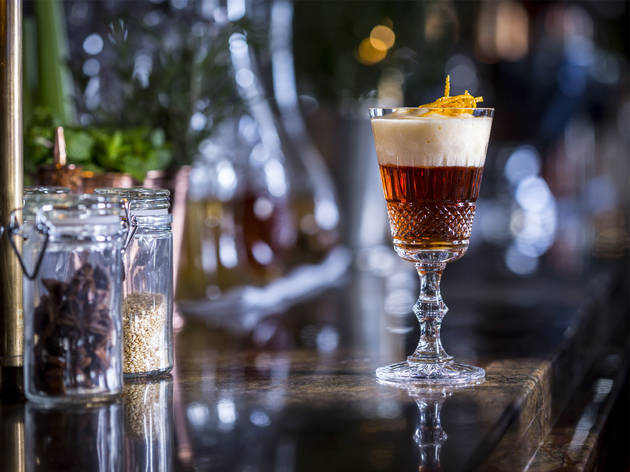 A new restaurant in a huge listed building near King's Cross.

Anyone who’s seen ‘Restoration Home’ knows that turning a listed building into something useful is tricky. At German Gymnasium, a mid-Victorian pile between King’s Cross and St Pancras stations, the challenge was massive. The gym is huge in floor-space and very tall. Keeping the memorable features (and keeping English Heritage happy) was never going to be easy.

D&D, the new owners, have nailed it. There are three separate spaces, all lovely and all massive: ground-floor café, restaurant upstairs, and the bar. (Total covers: over 400.) But they have managed to keep noise levels down even when the space is pretty packed. We could hardly believe our ears when we discovered we could converse without shouting.

The restaurant has more formal food, and prices to go with it: you’ll probably drop at least £75 for two before drinks and service. Friends have said it cost too much, despite the attractions of a schnitzel 'the size of a single duvet', and was marred by a demographically inappropriate DJ. So much for easy-going noise levels.

Their report confirmed our suspicion that this is best as a daytime place. We ate lunch in the café, and were thrilled by nearly every dish. Two traditional soups, tangy goulash and beef broth with liver dumplings, were generous in portion. Three sandwiches were fabulous, especially open-face herring and apple and brown shrimp with marie rose sauce – sophisticated comfort food.

The downside: portion size. Though the soups were generous, the sandwiches were small – and prices ranged from £9 to £11.50. True satisfaction will cost something like £20 for food only. Cheap eats it ain't.

There were also problems with staff training: we waited several times while they chatted to each other. A good twenty minutes after ordering a (delicious) strudel for dessert, it became obvious that they had simply forgotten about it. That problem was fixed easily when they knocked it off the bill; the larger service problems can be solved with staff training, which D&D are more than capable of providing. A trickier snag is the staff dress code. Men in grey suits looked corporate, while women wore teensy, ‘60s-style skirts that at times threatened their modesty.

Despite the downers, we are pumped for this gymnasium. It’s got the look, and it’s got substance. Going to the gym just got a lot more fun.