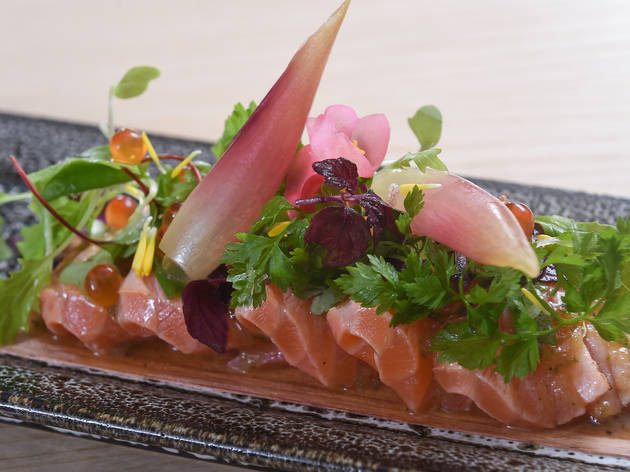 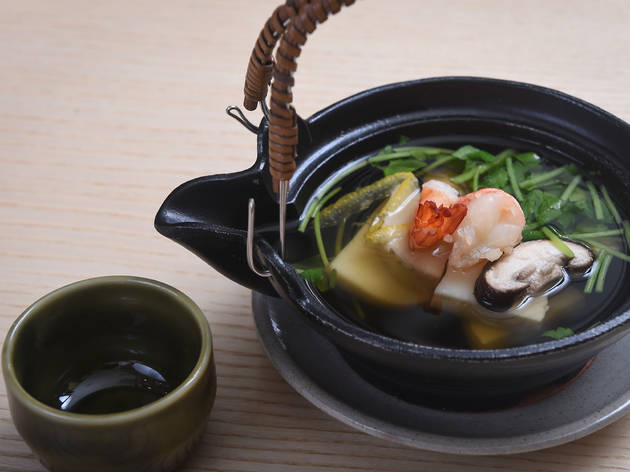 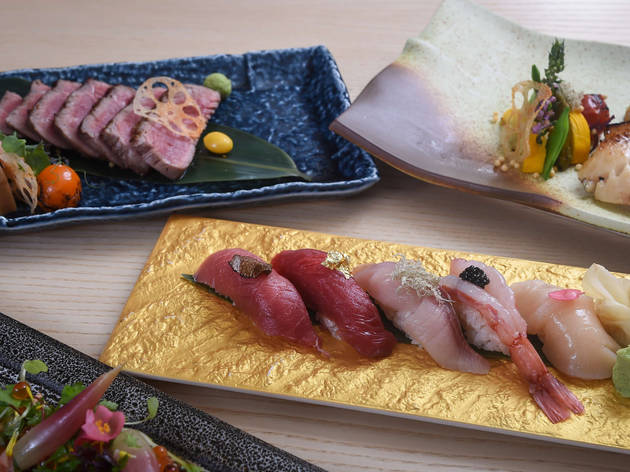 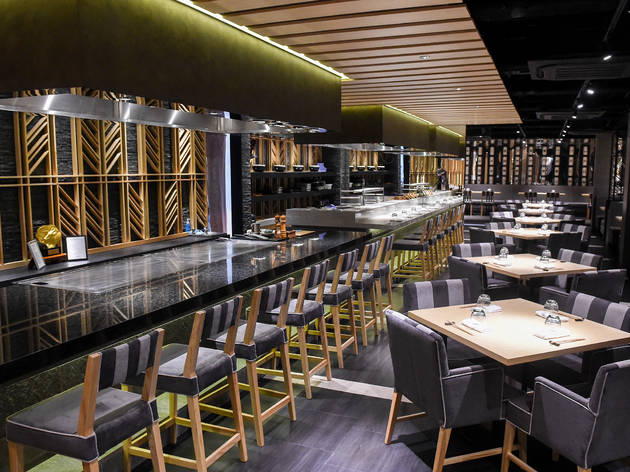 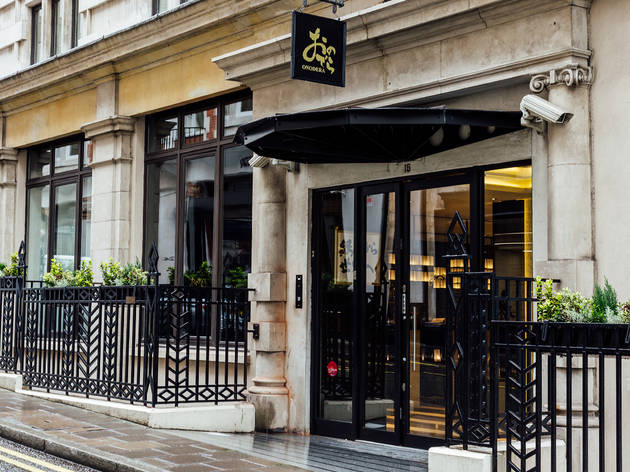 Though new to London, GO has branches in Tokyo, LA, New York and beyond, so you’d have thought that they’d have everything down to a (sencha) tee. But that wasn’t quite the case, and my visit here saw highs – like the sparkling service – and lows, such as the unpleasantly metallic-tasting sashimi.

Downstairs, beneath the sake bar, the room itself is cavernous and decorated with beautiful restraint, as though someone from the Edo period had travelled in time to work on it. Unfortunately, the ambience was similarly restrained; the vibe was very much ‘business lunch’.

The food, too, was a mix of triumphant hits and a few near-misses. The vegetable tempura with a matcha dipping salt was almost flawless, and the eringi mushrooms were rich and earthy. But the beautifully presented sashimi was rather disappointing to taste, and the stuffed squid wasn’t worth bothering with. Nothing was truly terrible – but standards should have been at least as high as the prices.