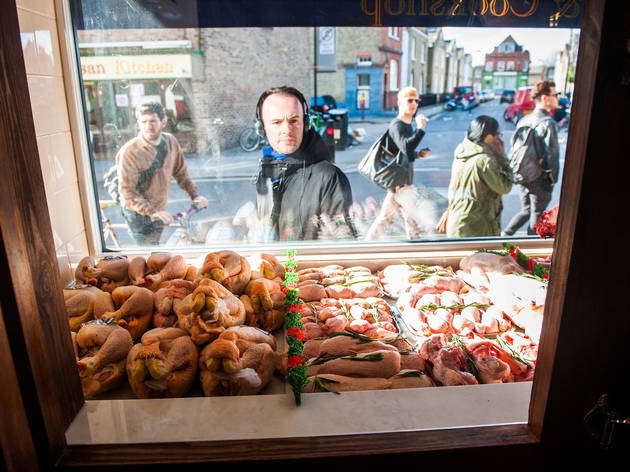 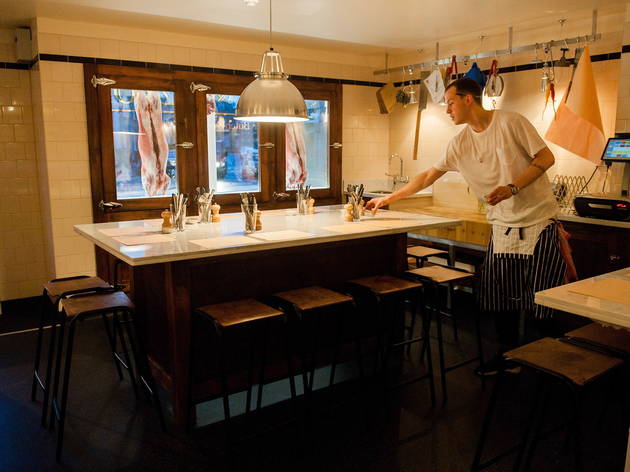 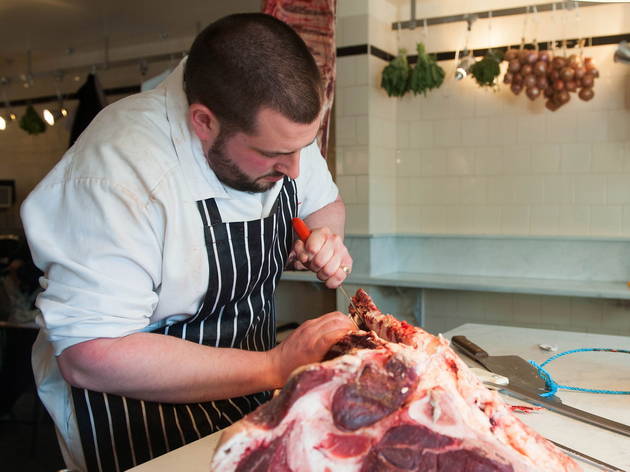 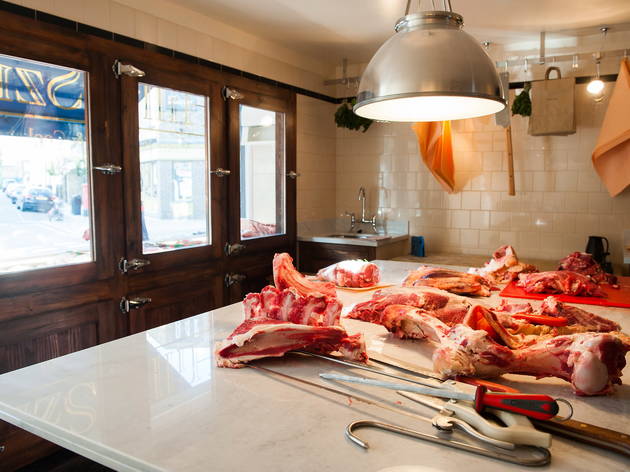 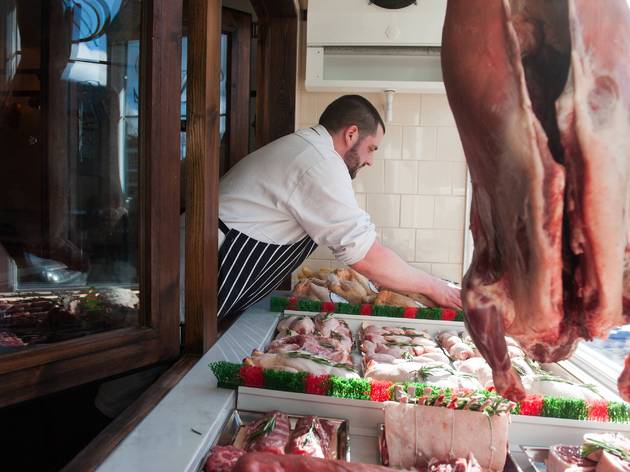 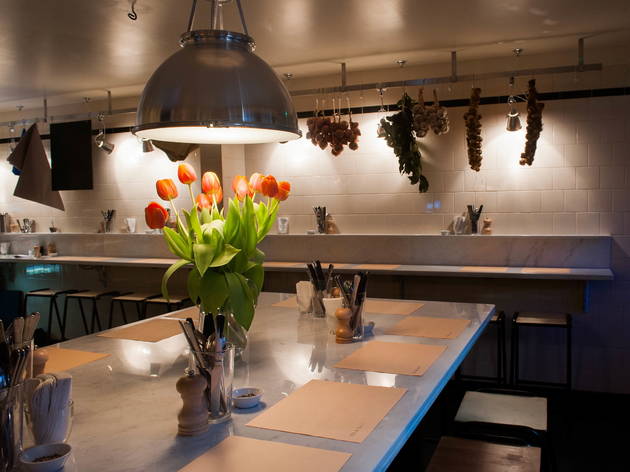 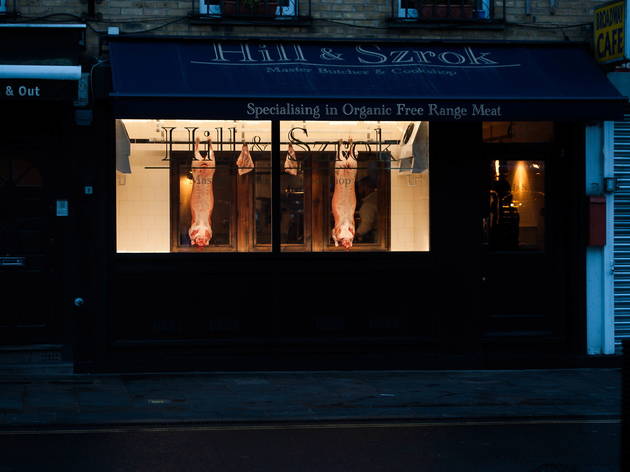 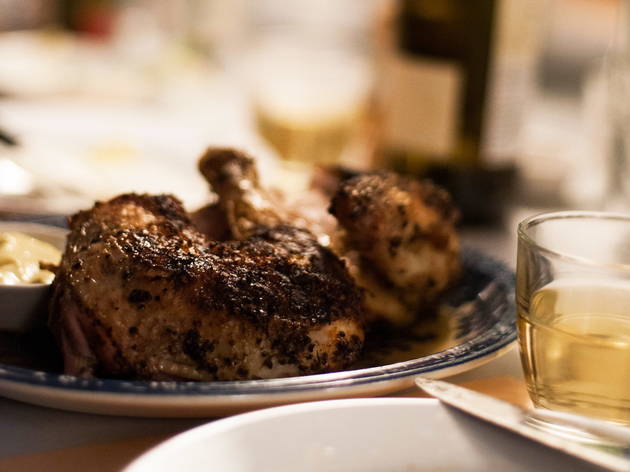 It’s not often that carcasses are given prominence in London restaurants, but that’s exactly what happens in the refrigerated window display of this ‘master butcher & cookshop’. Although they may clear out the counters when they close the meat shop at 6pm, when the doors open for dinner service at 7pm those cadavers are still hanging in the window.

The white marble worktops are reassuringly spotless, and the room doesn’t have even the slightest whiff of the slaughterhouse – instead, tempting cooking aromas emanate from the small open kitchen at the rear.

It’s a compact space, smartly decorated with white-tiled walls, solid wood and stylish industrial lighting. A dozen seats are placed around a slab-like central shared table (a giant butcher’s block during the day, and dressed appropriately with cutlery and crockery in the evening); more high stools stand ready at the counters around the room’s periphery. A blackboard lists the short menu: three cuts of steak, rack of lamb, duck breast, and larger cuts for sharing. Ribeye steak was well marbled, cooked medium-rare as requested and nicely browned on the outside. But order a steak and that’s all you’ll get, aside from an inconspicuous pot of sauce ­– side dishes cost extra and are equally straightforward: new potatoes with butter or a lightly dressed leaf salad. Pork shoulder was one of the more complex dishes – slow-roasted, served with a rich sauce into which the tender meat melted, and simply finished with a single scoop of crème fraîche. Though even this dish on its own might be too prosaic, so order starters to vary the meal: both the pork scratchings and radishes with mayo were well worth the couple of quid charged. For afters, there are everyday desserts (such as bread pudding) or a selection of cheeses. While everything here is cooked well, with such a pared-down menu you want to know where your meat comes from, and despite the bold window display, information on the provenance of ingredients wasn’t readily available.

It’s oddly intimate sitting around a shared table surrounded by animal flesh, with half a dozen wines, which may help oil the wheels with your neighbours. While it may not be a destination restaurant (and doesn’t take bookings, so you’ll need to arrive early), it certainly gives the phrase ‘open kitchen’ an extra dimension. It’s a brave restaurant that makes such a direct connection between death and your dinner.