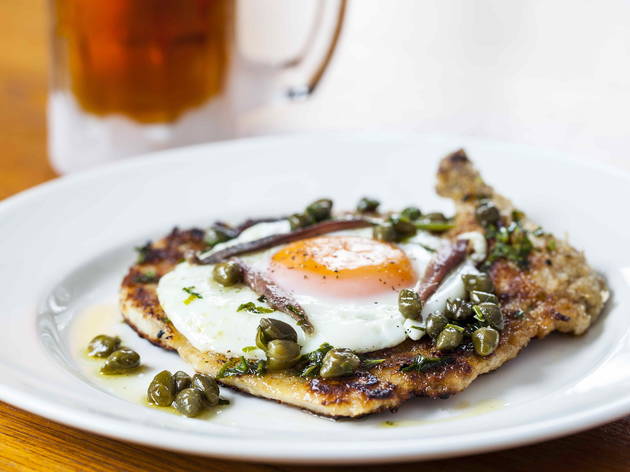 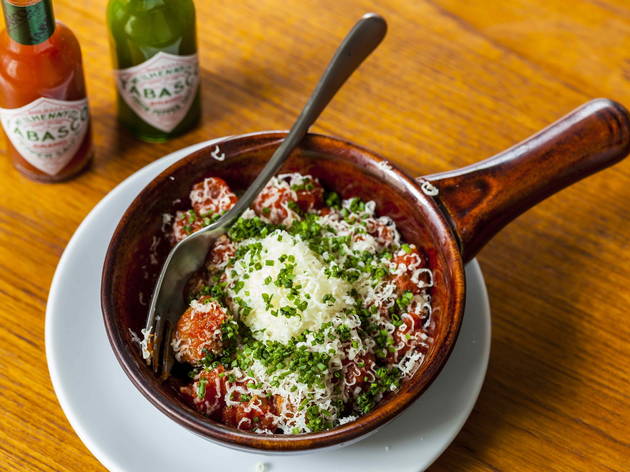 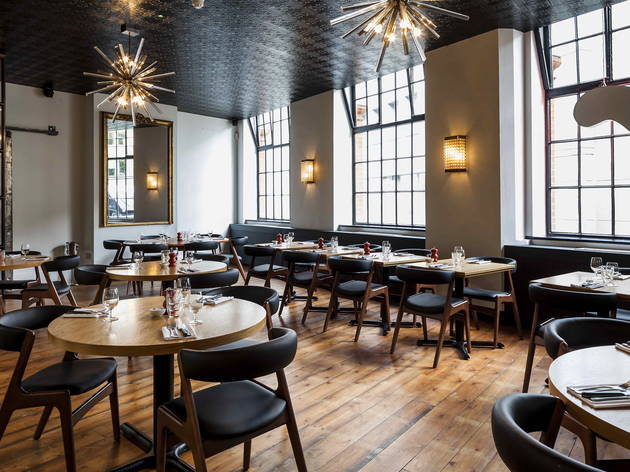 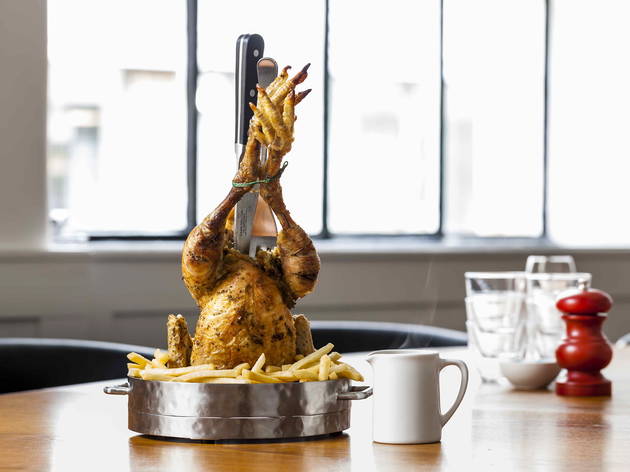 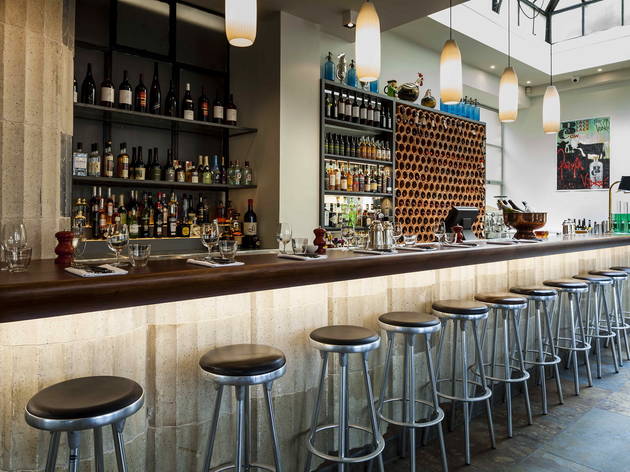 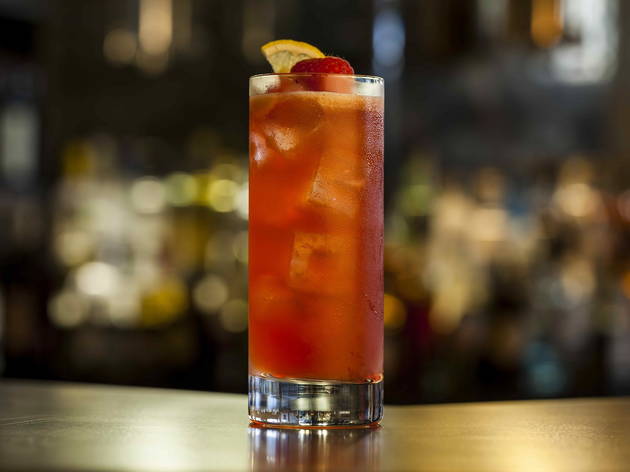 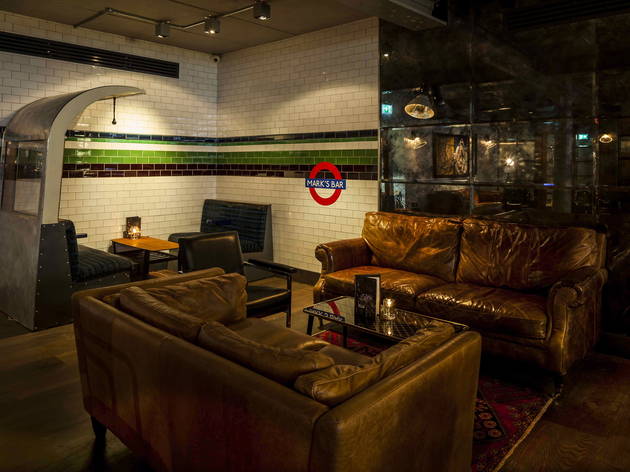 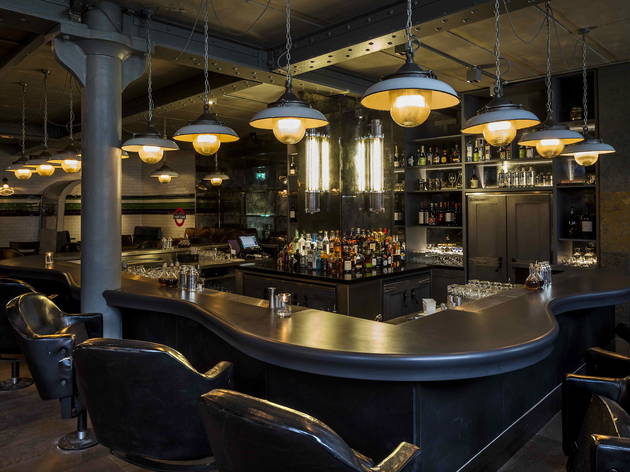 Another themed spin-off from Mark Hix's stable, Hixter serves hit-and-miss dishes at high prices, a combination that leaves us unimpressed.

Bag 50 percent off at this restaurant with Time Out’s ‘Table for Two: Gin Supper Club Gift Box’.
Enough. We’re fans of Mark Hix’s restaurants, but such diversifications as his FishDog van, private dining on a Routemaster bus and sharing dishes of chicken and steak have increasingly left us cold. While the last concept worked reasonably well at the boozy, noisy and fun-filled Tramshed in Shoreditch, it’s less successful in this second Hixter restaurant, located in a former tin box factory behind Tate Modern.

For starters, it sounds as if they’re still making tin boxes in the main dining room: the clattering in the huge open kitchen combined with the chattering of diners creates a proper racket. We retreated to the smaller – and quieter – dining area next door for generous dirty martinis served in tiny glasses topped up from personal mini decanters on ice, and settled in for a meal that was as hit and miss as the surroundings.

A whole roasted chicken had the requisite wow factor, and was served with tip-top fries and stuffing, but the meat was dry and stringy. The  fillet steak they call a ‘Hixter Chateau’ (served rare) and sirloin (medium-rare) both missed the mark on their cooking. However, two other dishes – a starter of Armenian aubergine salad, and a side of girolle mushrooms – were perfect, the aubergines a delicate take on smoky baba ganoush, the girolles densely flavoured and springy in texture.

Hixter encourages diners to take any leftovers home with them, so we did. Downstairs, during our visit, someone also made off with the lewd signs to the art porn-decorated toilets. At these prices, they probably felt they wanted something a bit more memorable for their money.