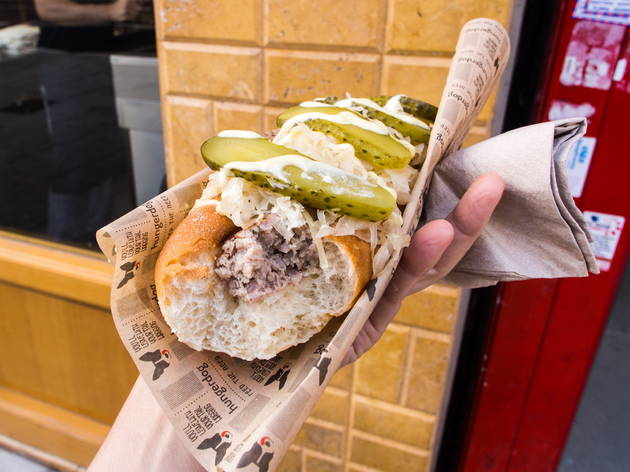 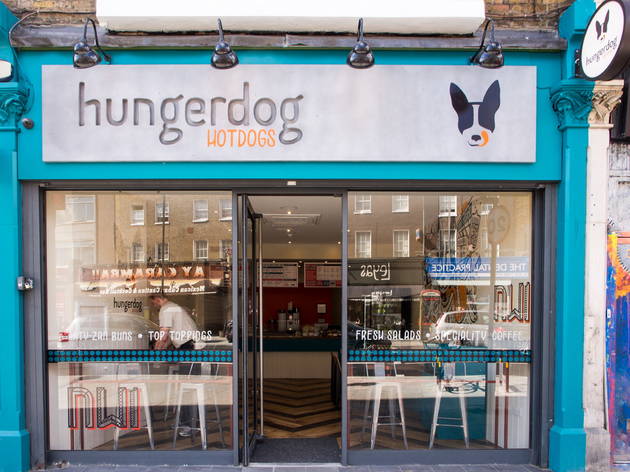 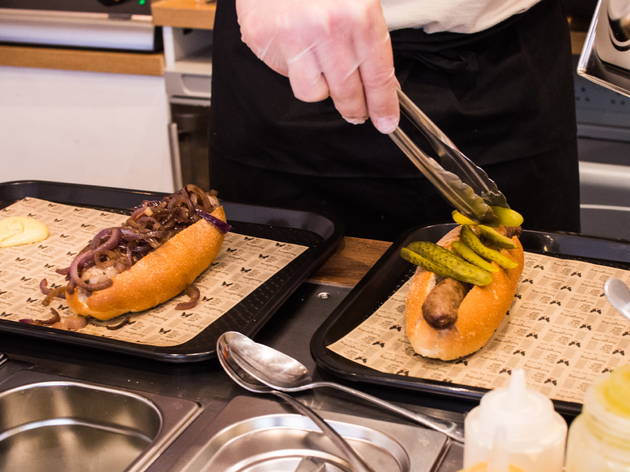 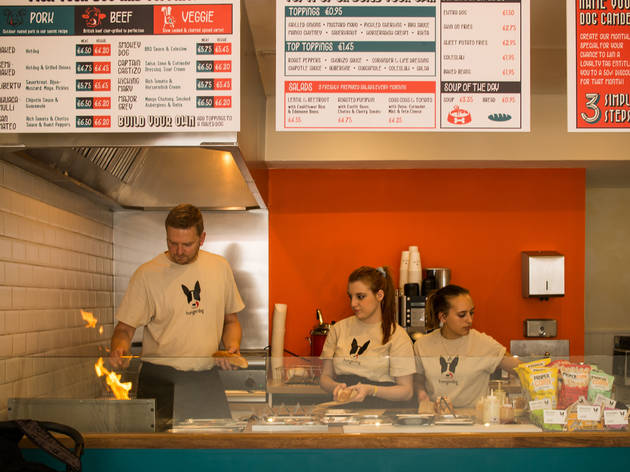 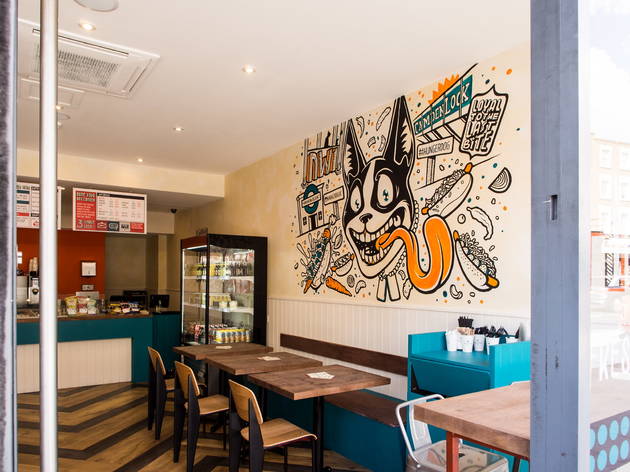 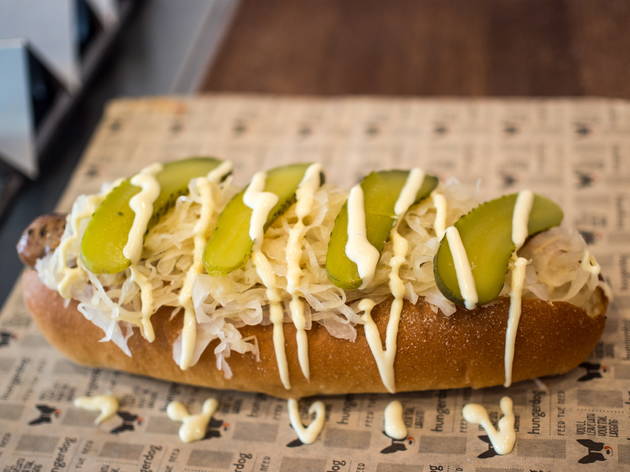 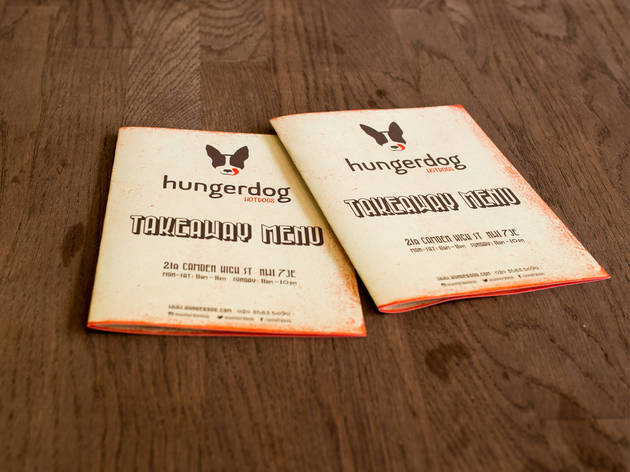 Surrounded by other fast-food eateries, Hungerdog is a hotdog café/restaurant near Mornington Crescent tube with simple cafeteria-style décor: wooden stools and tables, and counter service. It’s rather small – about eight tables – and it didn’t get any busier while we were in there, but it had only been open for a couple of weeks on our visit.

Three types of dog are on offer: pork, beef and veggie (the veggie being a carrot, of which more in a moment). The topping combos combine traditional and inventive.

We chose the beef ‘Liberty’ (sauerkraut, mustard, mayo and pickles) and the veggie ‘Ahuaca-Mulli’, with chipotle sauce and guacamole. Sides of skin-on chips and sweet potato fries completed the order. The pre-steamed dogs are char-grilled before being transferred to fresh sourdough buns and completed with mammoth toppings.

The veggie dog, unfortunately, was a disappointment. A single boiled carrot cannot be a substitute for a decent veg sausage, even when it’s been marinated. Although it was tasty, we wouldn’t go back for it. The guacamole was fresh and had a kick, which helped; the sauce added a bit of zing.

We held out more hope for the beef dog, but this too was a bit of a disappointment. The people behind Hungerdog make a big deal about careful sourcing; nevertheless, this didn’t taste particularly special. Perhaps it was slightly overcooked, as it was dry and bland. The sauerkraut was punchy, and so were the pickles. From what we could tell, the toppings had more flavour than the dogs. Which is a shame.

The fries, both kinds, were good; sweet potato was our highlight. But the portion size was pitiful: for £2.75 we got a half-empty cup. Two of them. We drank ginger beer and lemon shandy from the no-alcohol drinks list.

Two dogs, sides and two drinks came to just shy of £23. Doesn’t break the bank, but we have had better fast food elsewhere. I hope that Hunderdog can learn from the simple mistakes and have queues outside.