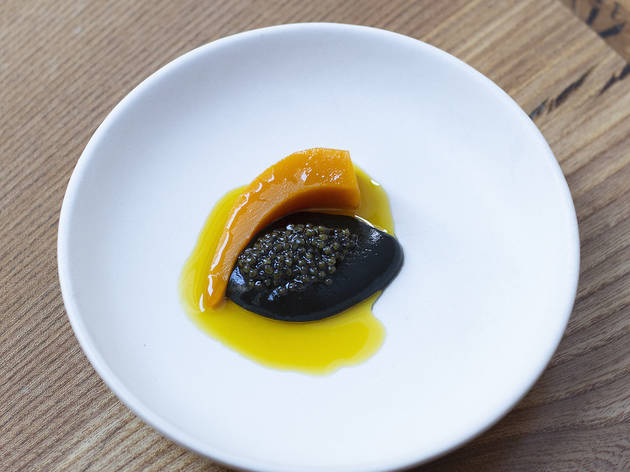 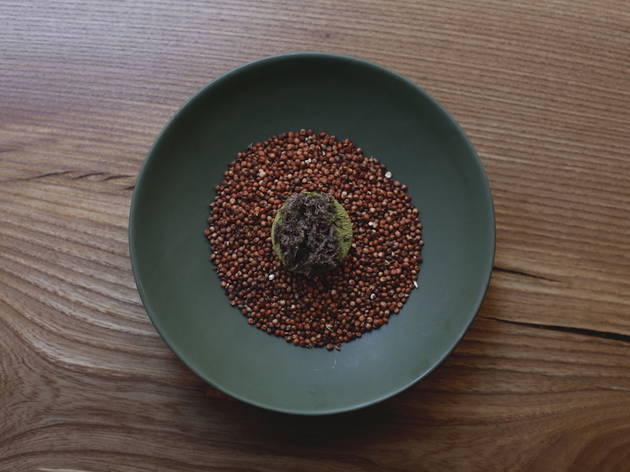 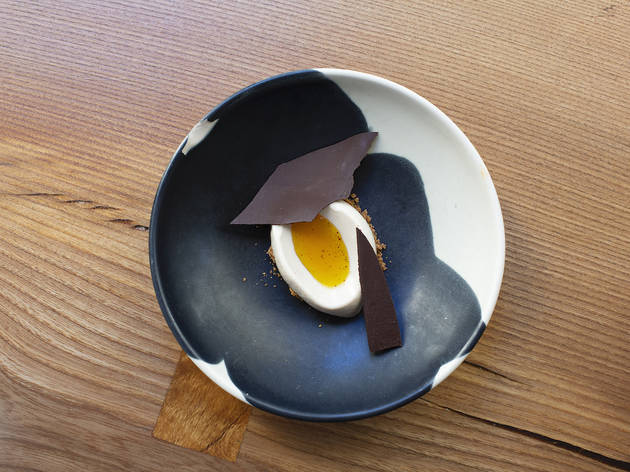 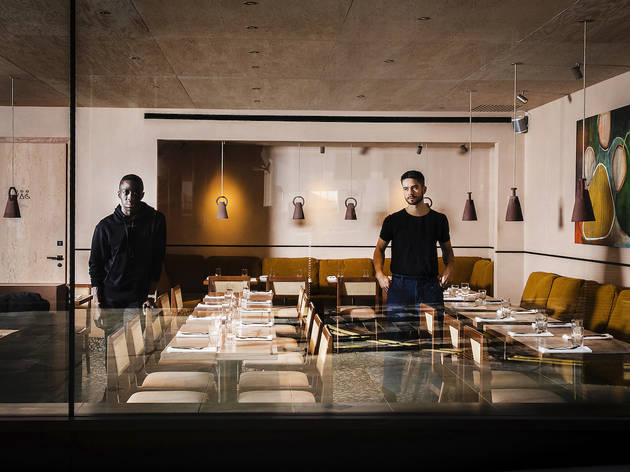 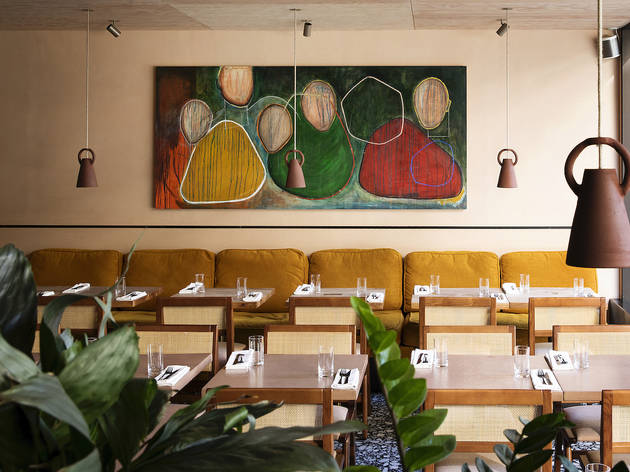 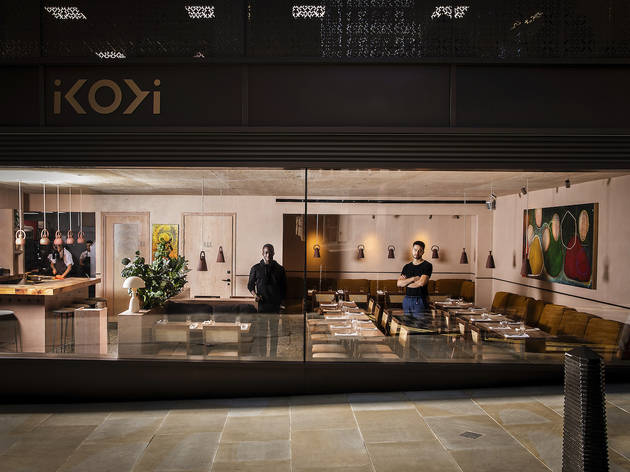 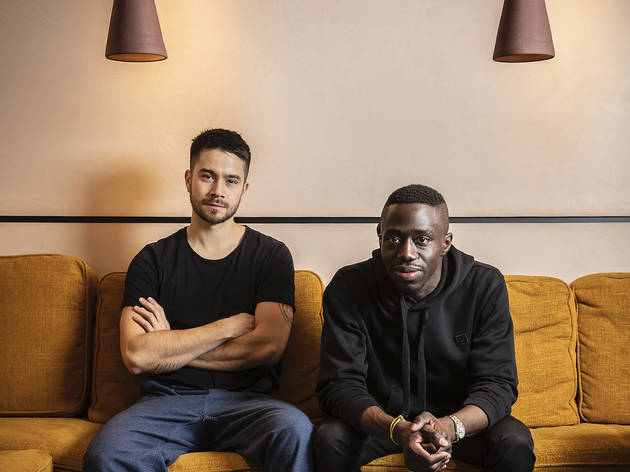 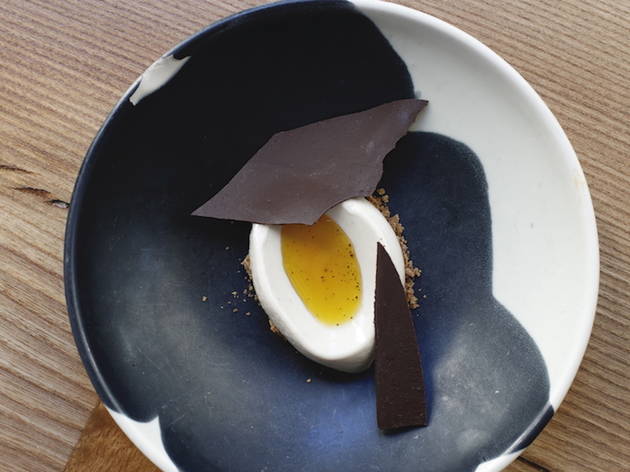 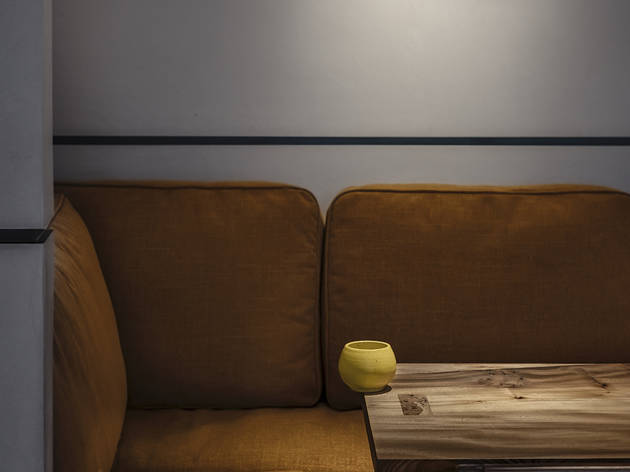 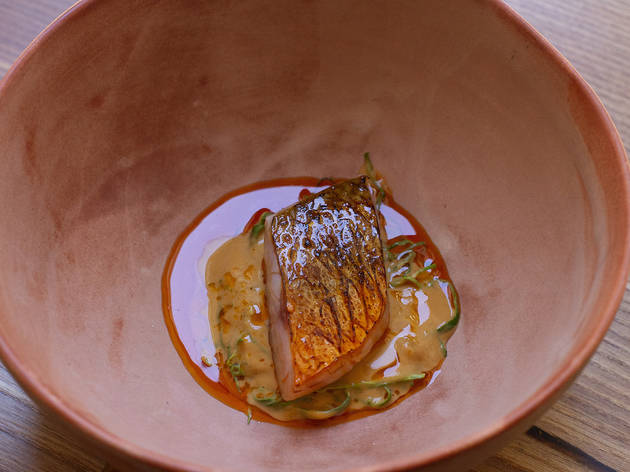 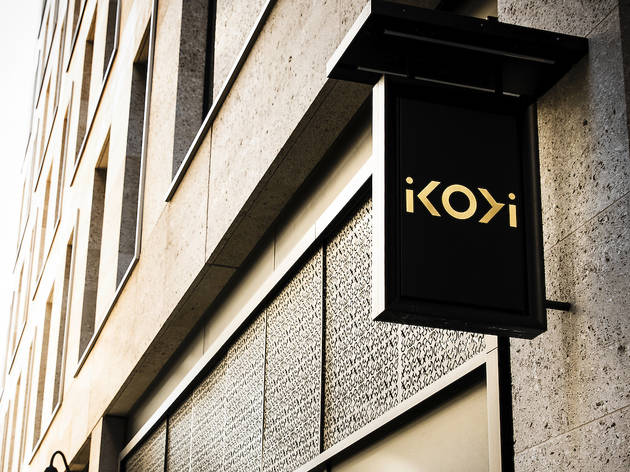 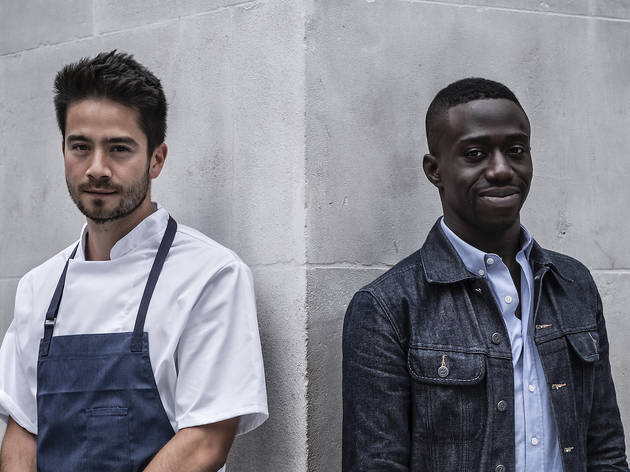 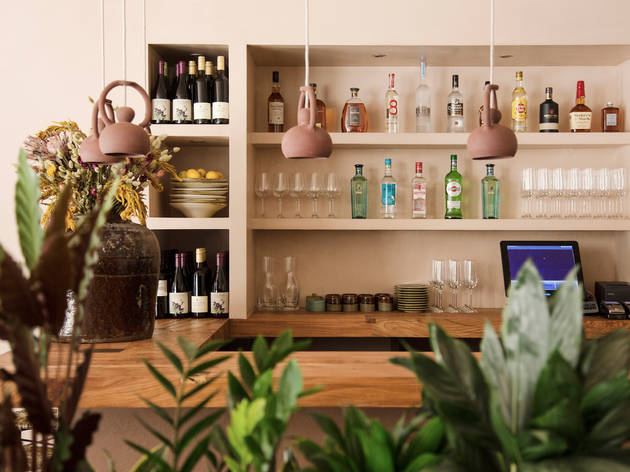 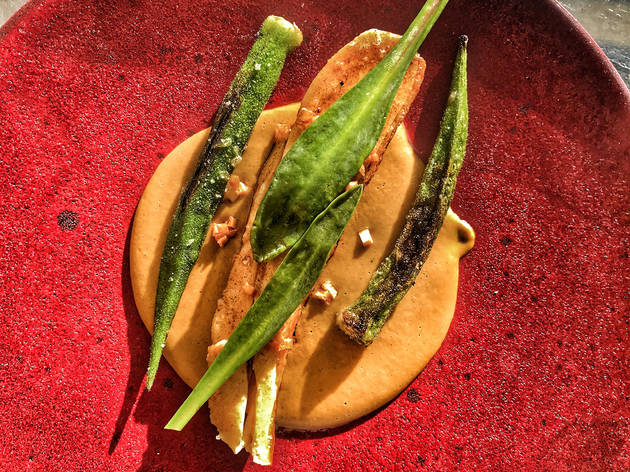 London may have a trough-load of upscale north African eateries, but from the rest of the continent? Not so much. Hooray, then, for Ikoyi. It’s a hip little joint, in the otherwise cold St James’s development off Haymarket, specialising in ‘jollof’ cuisine. Technically, that’s a specific Nigerian rice dish (a sort of African paella, at a push), but here they’ve used it as a catch-all for a menu that zips across West Africa, chucking up a host of fusiony flavours that’ll be truly new to most foodie Londoners.

First: the room. They’ve clearly chucked a lot of cash at the place and it’s more homely than other restaurants in the area as a result. Walls are a warm terracotta, with a bevy of rustic hanging clay lamps and a barrier of plants between the dining room and the bar. It’s a lovely mish-mash of modern and trad that nods to Africa without being kitsch. The same could be said for the food.

Where to start? It was all great. Slices of buttermilk plantain with smoked scotch bonnet were well fried, crisp on the outside and soft within. A dusty red covering wasn’t for show, it added a subtle raspberry flavour. Totally unexpected, extremely delicious. The fiery peppers were tempered by being strung through a decent mayo. Heat, it’s worth pointing out, is a thing here. Sweltering, face-sweating pepper heat. It might not be a place to take the faint-hearted.

The simply named ‘chicken, benne and okra’ was more nuanced in practice. Two neat strips of breast were brined and slow-cooked into a sensually tender state. They came covered in a nutty sauce (benne is a sesame-tasting seed) that was much like a thin satay. Okra can be a slithery beast; here, it was pan-fried whole – ideal for people who normally hate the stuff. A massive bowl of jollof rice was a smoky treat; scooping in juddering marrow from the tiny split bone on top lifted it further. To finish, a bowl of papaya marinated in zobo (a Nigerian drink made from roselle flowers) with soft meringue had a cloud-light texture and a subtle sweetness. It was all really, really delicious.

So yeah: I liked it a lot. Ikoyi’s take on African food feels like a thrilling anomaly even in London’s diverse food scene. Let's hope it's the beginning of a proper trend.

Ikoyi says
Ikoyi in central London, was founded by friends Iré Hassan-Odukale and Chef Jeremy Chan. We combine spice and umami led ingredients to create our own perspective on seasonality.

In the heart of St James’s Market, just off Piccadilly Circus and Regent Street, Ikoyi is the ideal spot for a Michelin star lunch or dinner. We offer an innovative blind tasting menu of ten servings and also offer a set lunch and pre-theatre menu of four servings. Guests can enjoy an optional wine pairing with our tasting menu, all wines are first hand-selected by the Ikoyi team and carefully paired with Chef Jeremy Chan’s dishes.