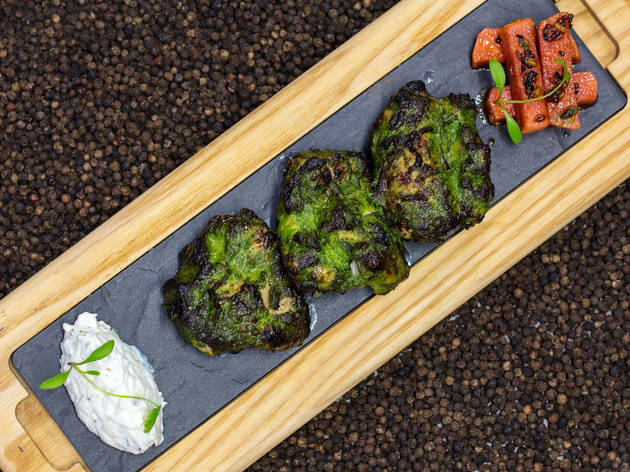 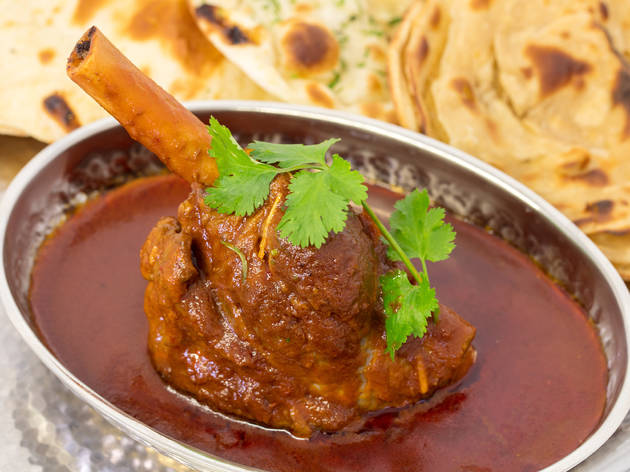 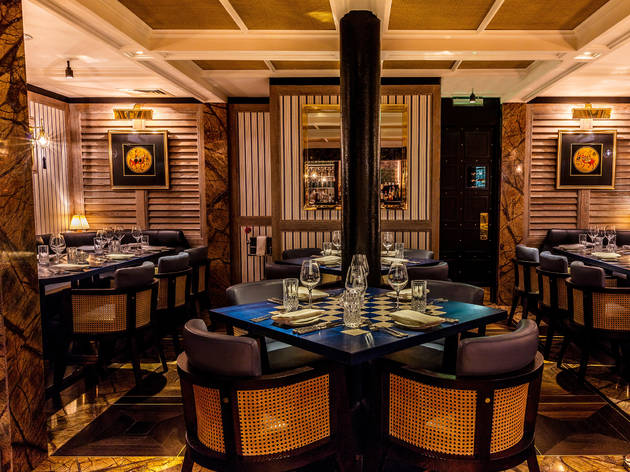 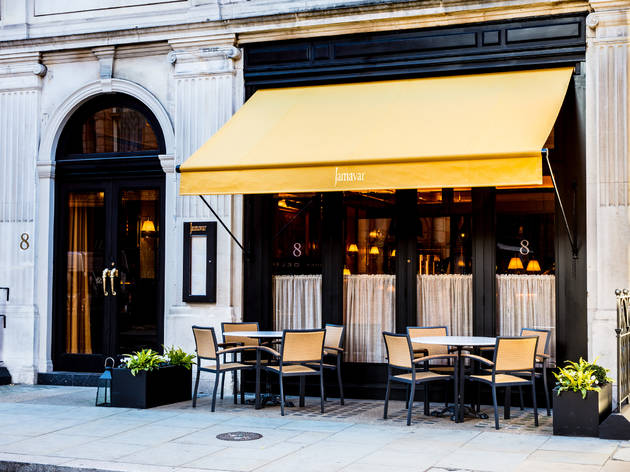 An Indian fine-dining restaurant in Mayfair.

The first London restaurant from palatial Indian hotel group The Leela, Jamavar has the decor of a colonial-era gentlemen’s club. A beautiful, dark-wood panelled space in Mayfair, this Indian fine dining spot also achieves that precious balance between style and substance: the food tastes even better than the room looks.

First up: Jamavar’s luscious, delicately spiced small plates, which arrive at the table like a series of exquisite little jewels. The highlight was lobster podi idli – succulent lobster tail with a dinky jug of sambhar (lentil stew) on the side and three dumplings (idli) that came impaled on a silver skewer. My waiter swiftly unspiked the dumplings and poured over the warm sambhar, dissolving the whole dish into a delicious – though slightly less photogenic – soup. The whole process sharpens your appreciation of the different ingredients, though: you can really taste the sweetness of the lobster against the smokiness of the lentils.

And it’s that purity and depth of flavour that makes the food at Jamavar so special. Take the chargrilled stone bass that followed – it was served naked, save for a verdant avocado and mint dip on the side. A lamb dum biryani, meanwhile, was buttery, moist perfection.

But the best was saved till last. Puddings aren’t often my favourite part of a meal – but Jamavar’s mango rasmalai is no ordinary pudding. A Bengali delicacy made from flat cakes of curd cheese soaked in condensed milk, rasmalai sounds super-sweet but here, it’s not: topped with sharp mango pulp and served on a bed of wheat biscuit, the rasmalai came cold and cardamommy with a wonderfully spongy texture. It was quite ridiculously delicious, and every bite was so full, cool and fragrant, that time seemed to slow a little as I ate it.

Jamavar is pricy – it’s in Mayfair after all – but given the super-slick service and quality of the food, it might actually be worth it. Order that mango rasmalai or die trying.