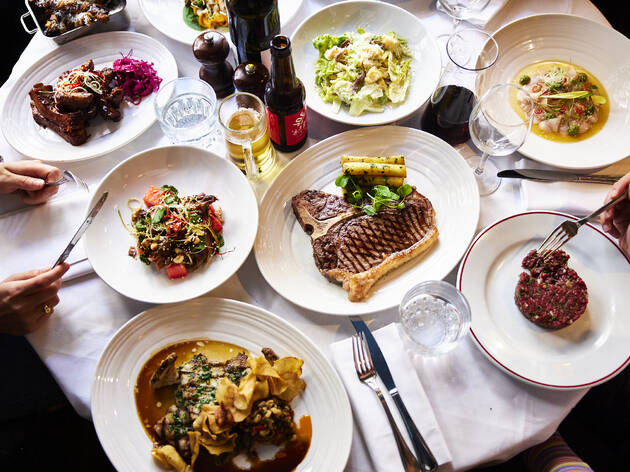 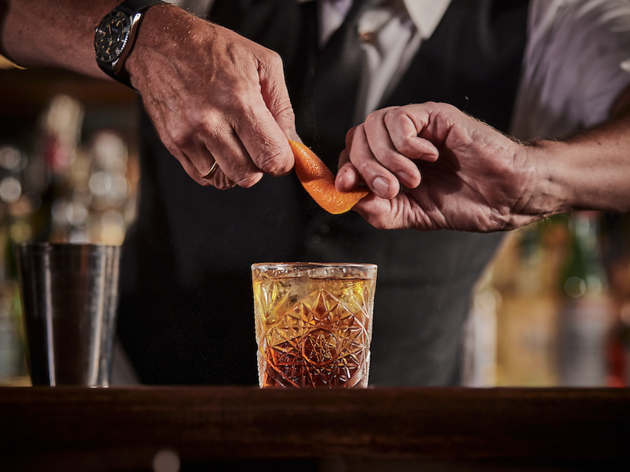 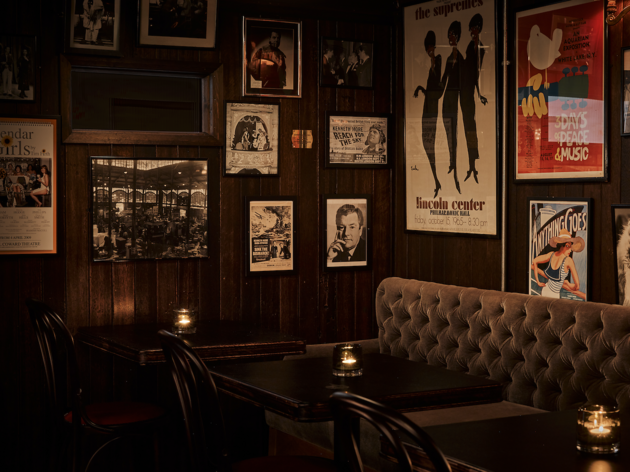 Joe Allen isn’t a West End institution. It’s a Broadway institution. Sure, it’s been in Covent Garden since 1977. And yes, the New York and London branches haven’t been under shared ownership for some years. But Joe Allen London remains an outpost of Broadway on foreign soil, like a secondary US embassy with a very specific remit. The walls are strewn with posters from flop Broadway shows that even fewer diners are likely to have heard of than in the original restaurants, it retains the motherhship’s intimate NYC piano restaurant chic (there’s music on Friday and Saturday nights), and it’s beloved by the theatre community – indeed, during lockdown it staged a trio of online variety shows to raise money for the combined theatrical charities Acting For Others.

It’s also been going through some rough times of its own, closing its doors for the usual reasons in March last year, with some uncertainty over whether it would return. Well, return it has, with a new team in the kitchen consisting of Polpo co-founder Russell Norman and ex-Ivy executive head chef Gary Lee.

My previous experience of the place has mostly involved interviewing actors over a coffee, so I am not your man for playing spot the difference between then and now, and my friend – a more regular patron – was somewhat stumped to say what has physically changed beyond the handsome main adornment: Joe’s Bar. A speakeasy-style bar area headed up by restaurateur Norman, it sells bar snacks and cocktails until deep into the night. If anything, it makes the restaurant feel even more New York. Fundamentally anybody expecting radical change is failing to understand it does most of the same thing as before, including its beloved quirks of not featuring its (popular!) burgers on the menu: you have to know to ask for them. It’s hardly a trade secret, but it is always good fun to order off-menu, as my friend duly did.

Before that we had starters: a sweet, hearty creamed sweetcorn soup with crab and tarragon and a chewy herby, forest mushrooms on sourdough toast. It’s a classy spin on American-style comfort food: the portions aren’t as deranged as the average US restaurant, but it’s simple, robustly flavoured stuff. My pal went for that hefty off-menu beefburger – they do a really good beefburger, a lot of people order off-menu – while I had some tender cajun spice-rubbed chicken breast with black-eyed bean salsa and a side of soft cheesy mash that a baby would probably enjoy, and so did I. Again, not ferociously sophisticated, but bloody well put-together.

The most flair came with the dessert: my friend’s New York cheesecake was just a really good slab of Big Apple pudding staple, but I was very smug after ordering the rather witty peanut butter-and-jelly ice-cream sandwich: four perfect little triangles of syrup-soaked bread around stripes of peanut butter-and-jelly ice-cream: cold, intense, delicious.

It’s priced a bit above ‘starving actor’, but it’s not super dear, and it’s a fairly small price to pay for the atmosphere: all the great things about an NYC theatre district bar, but without noisy New Yorkers blahing on at you. The service is friendly, attentive, and naturally fits handily around a trip to the theatre – we managed three courses in an hour before I headed on to a theatre press night, and the bar is open until midnight, so you could easily fit in a few rounds post show. You don’t last 45 years by not giving the people what they want, and I’m pleased to say that this little corner of London that is forever Broadway has bounced back effortlessly.

The drink Classic cocktails are the aim of the game here.

Time Out tip Order the burgers – possibly the most famous off-menu dishes in London.