Restaurants Mayfair
3 out of 5 stars 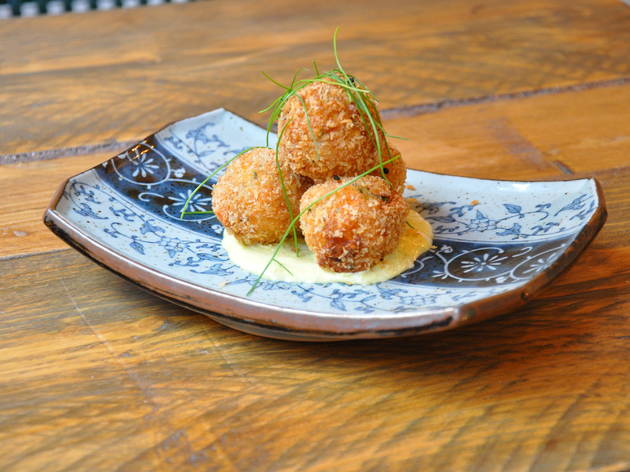 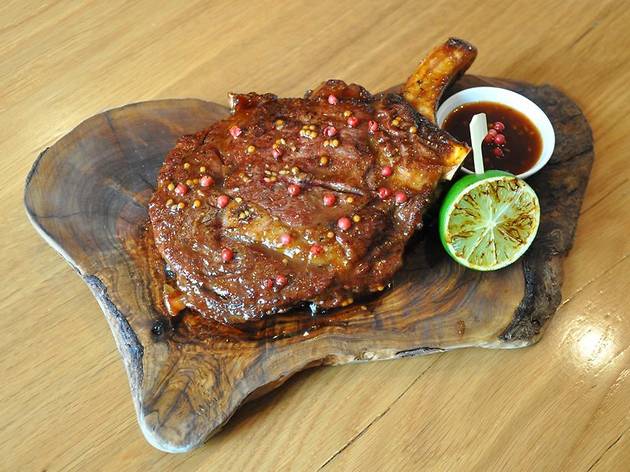 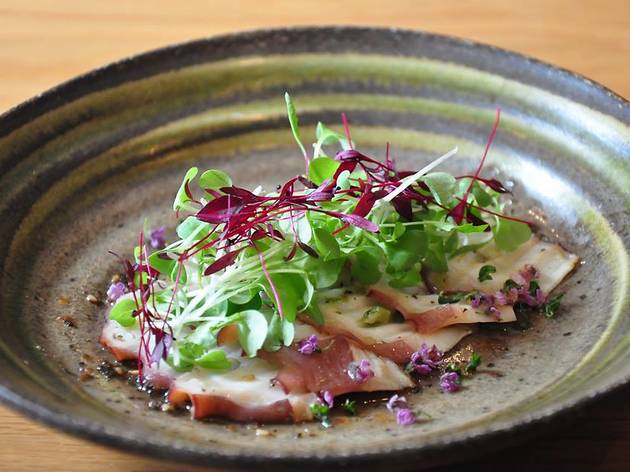 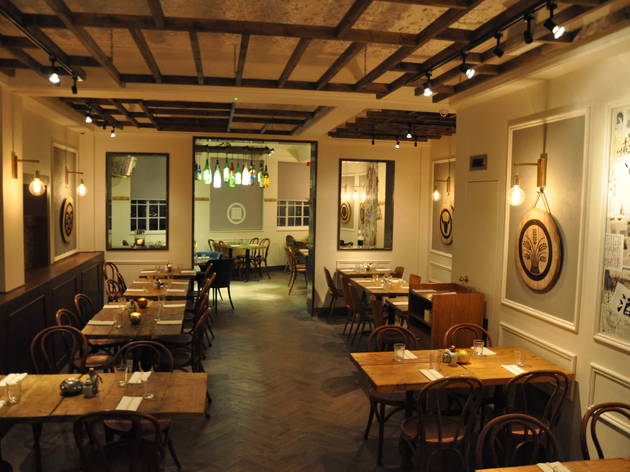 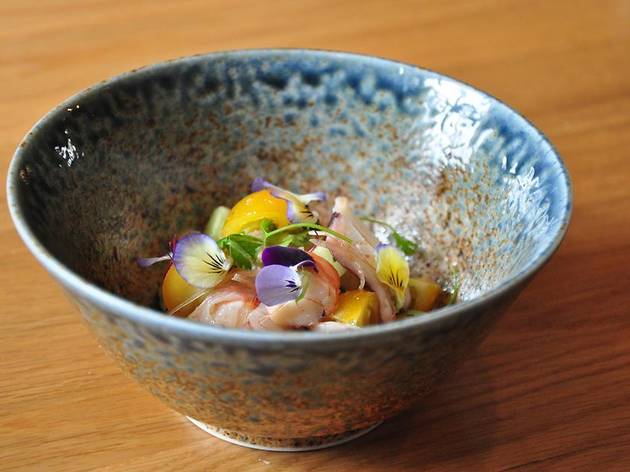 The extravagant exterior of this Japanese restaurant belies how humble the interiors are. Outside, you’re greeted by a wall of fairy lights and plush blue velvet seats. Inside, with its bistro chairs, tarnished mirrored bar lined with simple carafes and sake barrels on the wall, it feels like you’re in an izakaya whose owner was taken with Parisian brasseries, but wasn’t into those checked tablecloths. Within a stone’s throw of Oxford Street, it’s a calm oasis and surprisingly cosy despite being a reasonable size.

As in a traditional izakaya, it’s best to stick to beer (Asahi on draft) and sake (a fairly comprehensive selection ordered by region). A lychee martini lacked finesse.

The menu has all of the izakaya classics. I had no criticisms about the sashimi plate. Everything was wonderfully fresh and meltingly good, especially the lovely, brightly coloured tuna. And it wasn’t just the raw stuff that was delicious. The black cod was great; perfectly cooked and with a subtle amount of miso. Some dishes, though, were crying out for a little polish. The karage fried chicken was greasier than it should have been and the promised ginger undetectable. And while the tuna tataki was fresh and soft, the daikon radish inside was flabby.

It really is more hit than miss, though. Being surrounded by chains, this spot is a genuine haven.