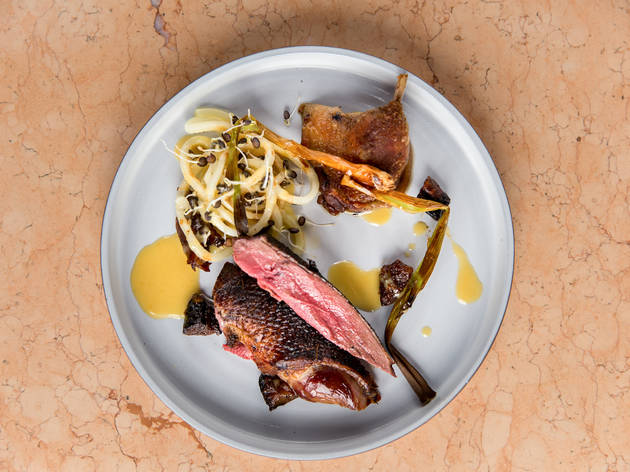 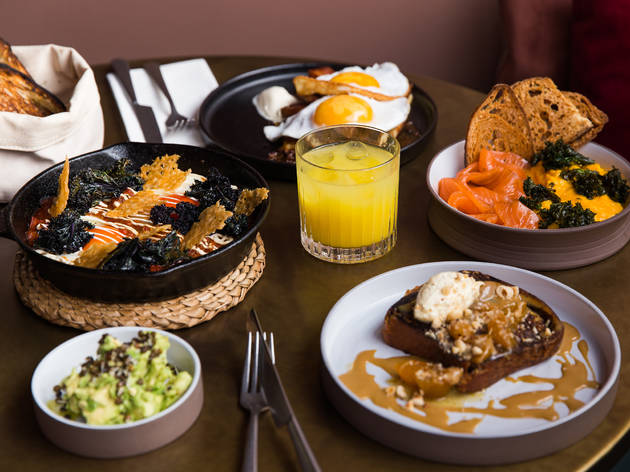 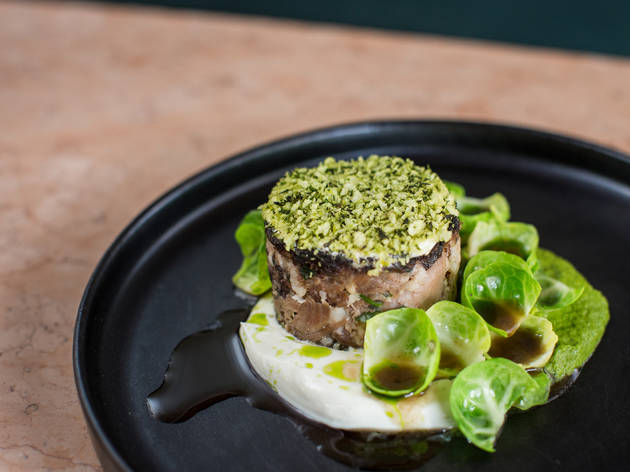 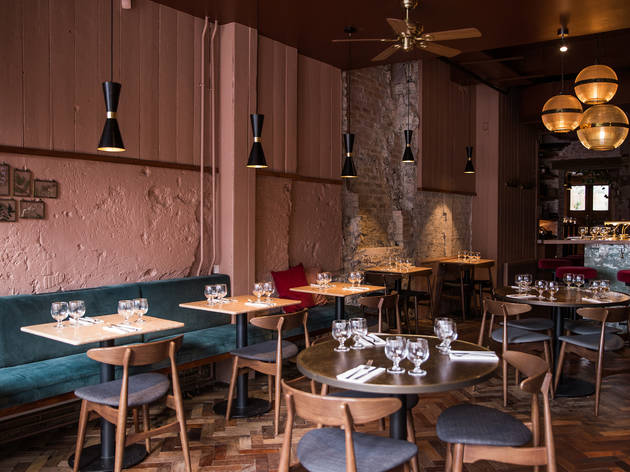 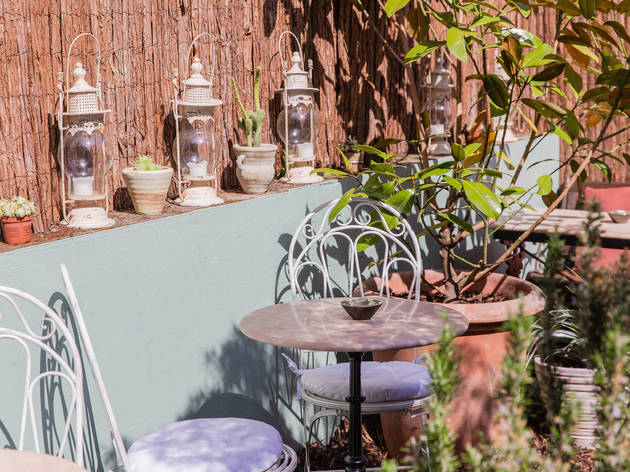 Enter Kudu, on Peckham’s Queen’s Road. The small plates menu is inspired by South Africa (a kudu is an antelope), but don’t expect exotic decor. Instead, the look is retro with a feminine side: dusky pink plaster walls and aquamarine tiles; marble tables; cute cushions on crushed velvet banquettes. A trio of fat, hanging orbs and a soundtrack of ecstatic funk.

It’s the vibe of a vintage lounge bar, but you’re definitely here for the food. This is where hints of the Cape appear. Several dishes arrive in traditional cast-iron skillets, having been cooked in or over open flames, the way it’s done in the rainbow nation. Like the signature bread, Kudu’s take on a mosbolletjies (a soft, sweetish Afrikaner loaf, not unlike a brioche). Huge, puffy, and freshly risen, it was a beast that wanted to escape its pan. You tear the pillowy dough into strips and dunk it into pimped melted butter: mine came swimming with baby shrimp.

Even better were the mussels, cooked in a potjie (a small lidded cauldron). The fragrant, warmly spiced coconut milk base had been strung through with greens; each of the mussels was more plump than the next, like they’d systematically been fattened up by some malevolent hag. Also in the pot: tiny, firm, seaweed-flecked gnocchi. This was comfort food with finesse.

There were other fine things – a flawless tart of caramelised onions with goat’s curd and leek oil; a piece of golden skate with a creamy, tangy sauce and strands of samphire – but the star was the braai lamb. ‘Braai’ is Afrikaans for ‘barbecue’, and taken very seriously. Here, a piece of grilled lamb neck was soft, silken and came with a cheesy, herby crust. Continuing the flame-based theme, there were stalks of charred broccoli and a dollop of smoked yoghurt to the side. Barbecue plates don’t get much better than this.

There was only one major slip-up: an unremarkable and overpriced dish of salt-baked carrot with kefir, miles more interesting on the page than the plate. Sorry, veggie pals. But it was quickly forgotten, because staff were lovely: switched-on, enthusiastic and sincere. Kudu: a new feather in SE15’s cap.