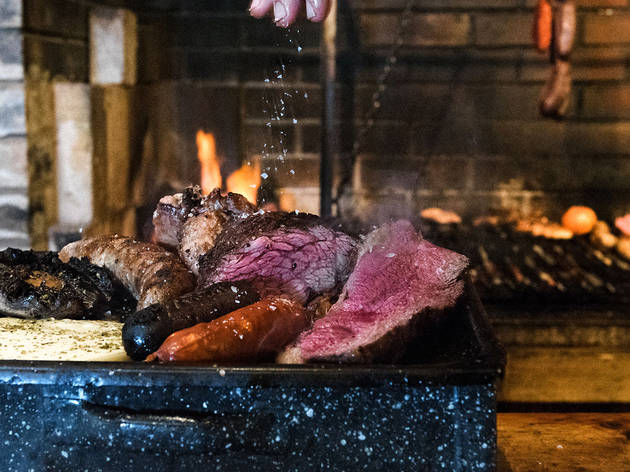 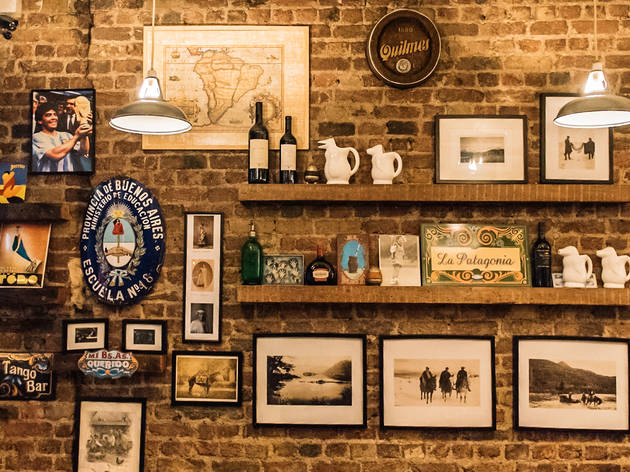 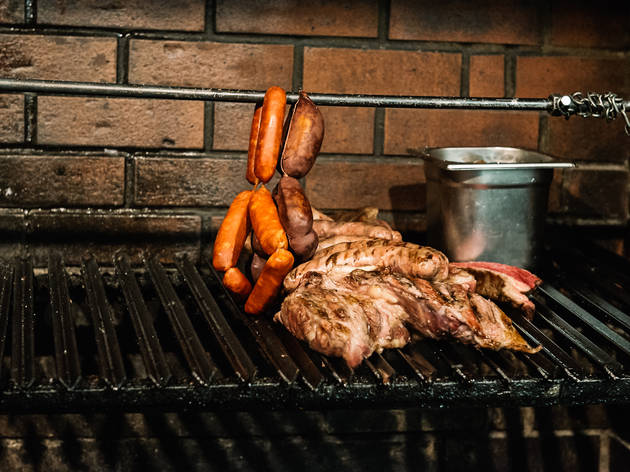 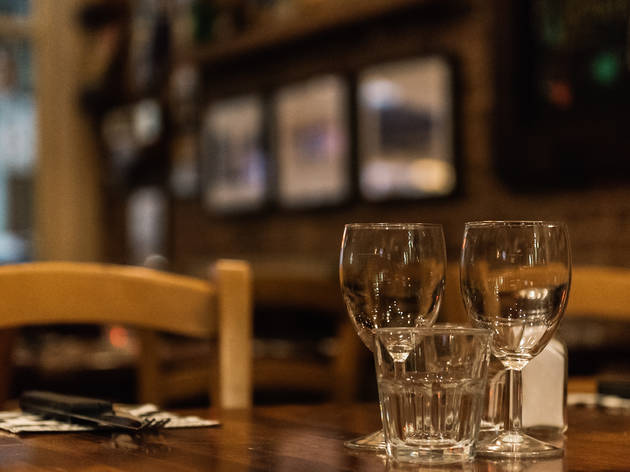 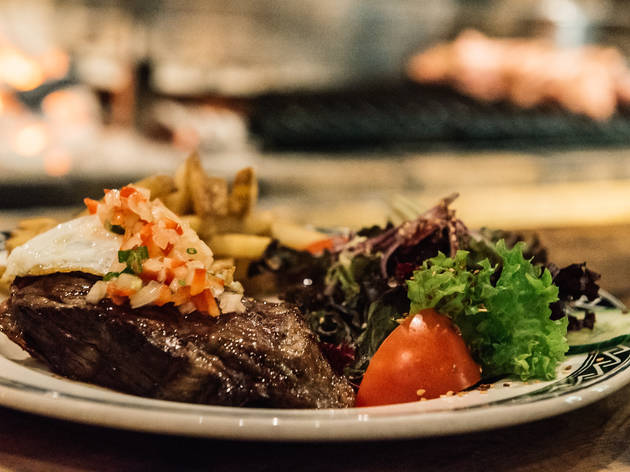 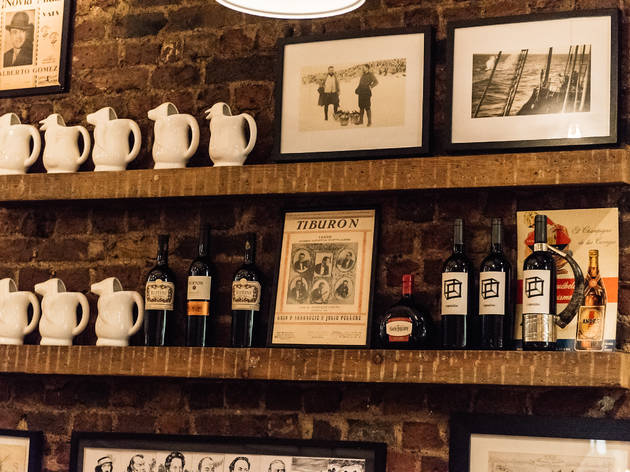 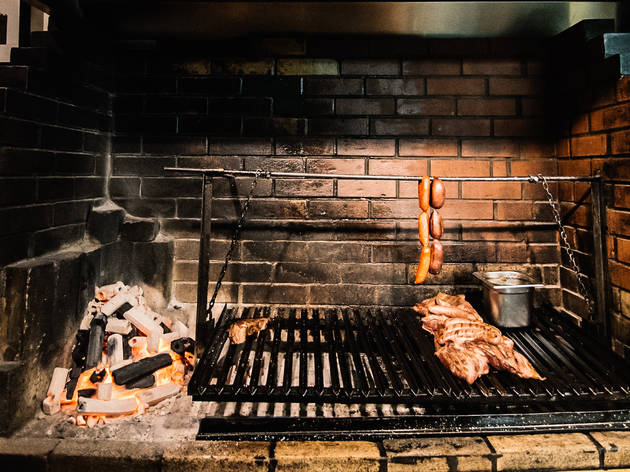 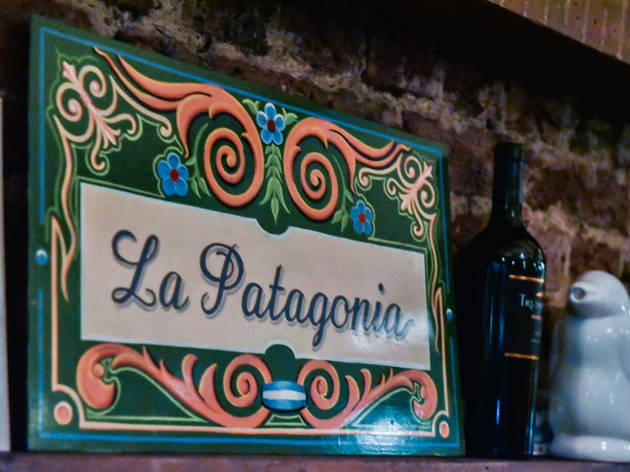 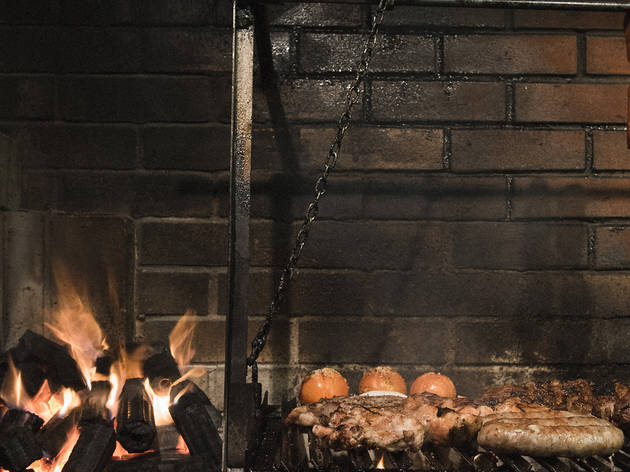 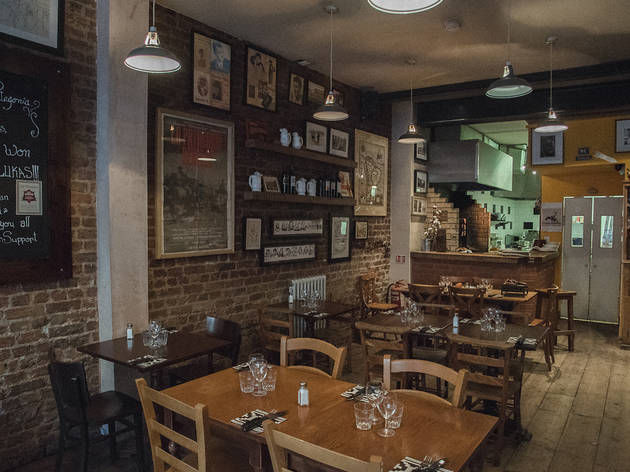 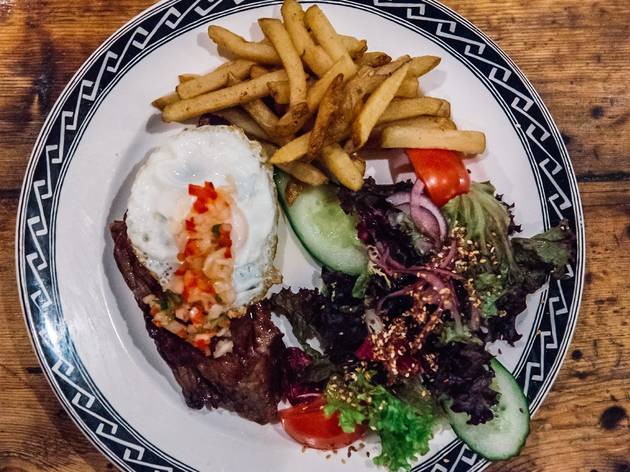 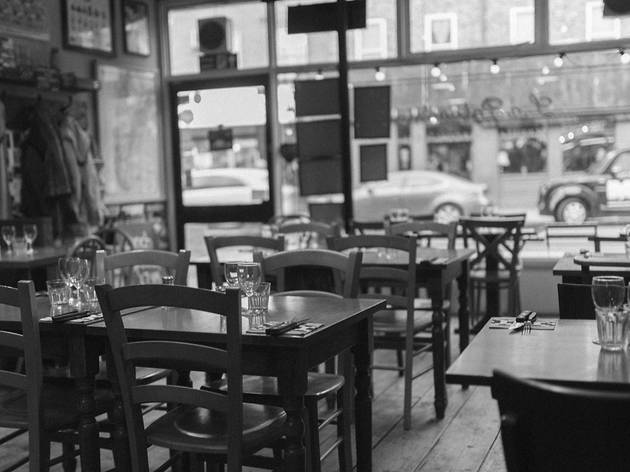 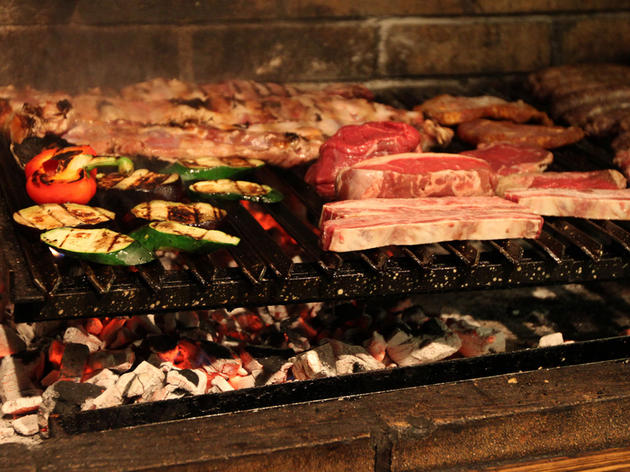 It's all about traditional Argentine cuisine and culture at this Camden Town restaurant and bar. Much of the food comes hot from the parrilla charcoal grill and all of the wine is sourced from Mendoza, in the western Argentinean foothills of the Andes. And if you want even more Argentine bang for your buck? There's tango each month - music and dance.

Meat plays a lead role on the food menu. Dishes range from grilled sweetbreads, empanadas and morcilla (an Argentine black pudding) to loin of lamb served with a mint and coriander chimichurri, chicken escalope and brocheta de carne - a skewer of beef fillet with bacon, Spanish sausage and grilled vegetables.

Steaks, unsurprisingly, are a particular strong point, with cuts such as lomo, sirloin, rib-eye and asado de tira - beef ribs cut across the ribcage - cooked on that charcoal grill. It's not all meat, though. Vegetarian options come courtesy of spinach and ricotta ravioli, Argentine salads and calabaza con humita - a dish of stuffed butternut squash with a corn and béchamel sauce filling.

Imported beers from Quilmes and Bolú Porteño feature alongside a wine list rich in quality reds - the selection of malbecs is especially extensive. Keep an eye out for additions from the province of Neuquén - a burgeoning wine region at the northern end of Patagonia.