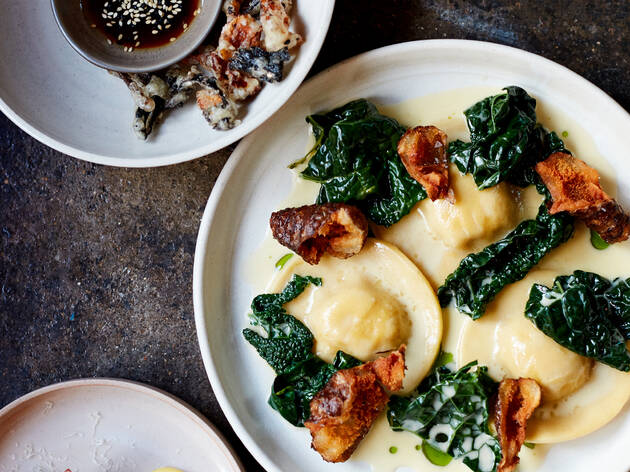 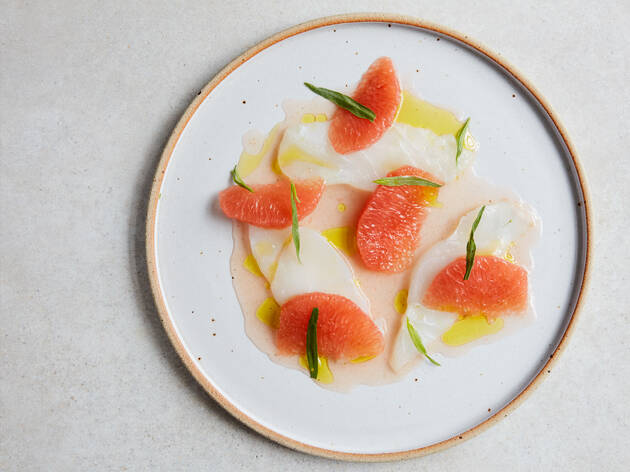 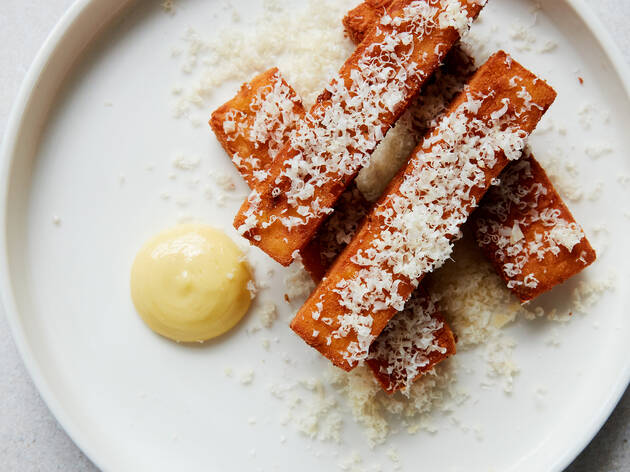 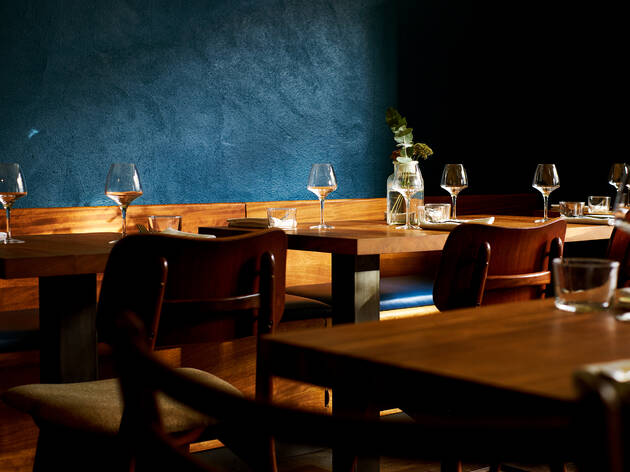 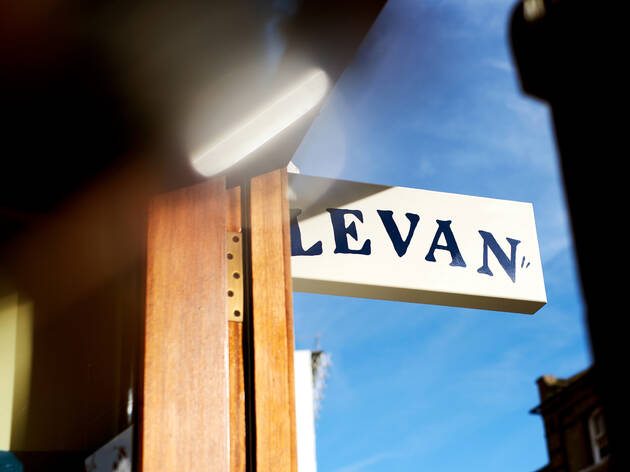 A neighbourhood restaurant from the team behind Brixton’s Salon.

Sometimes, you fall in love with a restaurant before you’ve even tasted the food. Walking into Levan on a Saturday night was like arriving at a house party. The door opened and out spilled a blast of disco. Everyone, from the co-owner that seated us, to the table-clearer, to our waiter, treated us like old friends. The air was thick with chatter, the shelves full of wine. The floors were concrete, the walls painted a deep, light-sucking teal. And, because this is not just any old neighbourhood hangout, but the Peckham sibling to Brixton’s celebrated Salon, there was a good chance the food wouldn’t be rubbish.

It wasn’t. It was a delight: a modernist menu of more than enough small things to build an entire meal, plus a few larger plates. Everything was chorus-line worthy, but a few dishes properly sang their hearts out. There was a plate of ‘fries’ – actually a neat stack of fluffy-middled fat chips, made from chickpea flour, comté cheese and lashings of butter, then fried and dusted in a second coating of grated cheese. They came with a rich saffron mayo that they didn’t really need (other than for looking great on the ’gram). It was comfort food at its best. Then mushroom tempura, with both enoki (the skinny, long-stemmed ones) and king oyster mushrooms (the thick, pale, bouncy ones) tangled in light batter, with soy and mirin dip that was salty, tangy and scattered with sesame seeds. Or a shallow plate of stracciatella – essentially a pulled-apart burrata – its creamy innards layered with slivers of pink pickled plums and toasted buckwheat. Gorgeous stuff.

Other dishes were also lovely: chunks of raw cod prettily plated up with juicy, bittersweet segments of grapefruit and liquorice-scented tarragon leaves. Or a soft, mellow slice of boudin noir (blood sausage) in a puddle of jus, holding up a tamarind-cured egg yolk and flanked by caramelised red endive leaves. Sweet yet sharp, it had a distant note of spice. It was the feeling you get when you put on your thickest, furriest coat before bracing yourself for the chill outside.

Only one dish – a tartare of 40-day aged Angus beef – didn’t sparkle. Stippled with blobs of oatmeal-hued anchovy cream, its intense brininess was overbearing. A piquant note might have saved the dish, but they’d left it out on purpose. Pity.

But we forgave our waiter for recommending it, because by this point it felt like he was one of our best buds, and the fact that he was bringing us food was just a diversion. He got all the boring stuff right: pacing plates, dealing swiftly with the bill. But he also cracked jokes, answered questions and fizzed with enthusiasm. We adored him. You will too. And – unless you really are the fun police – you’ll love Levan.