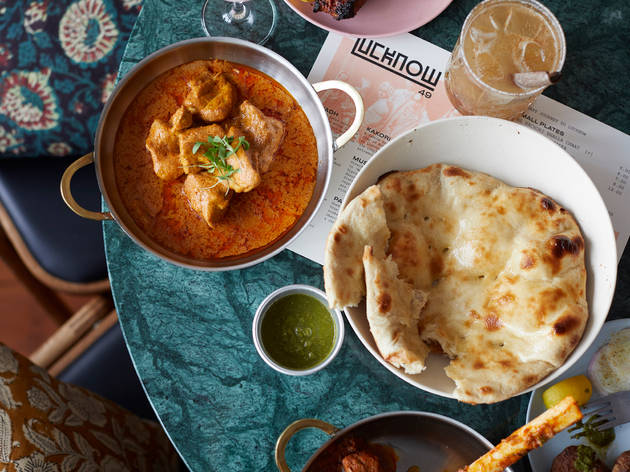 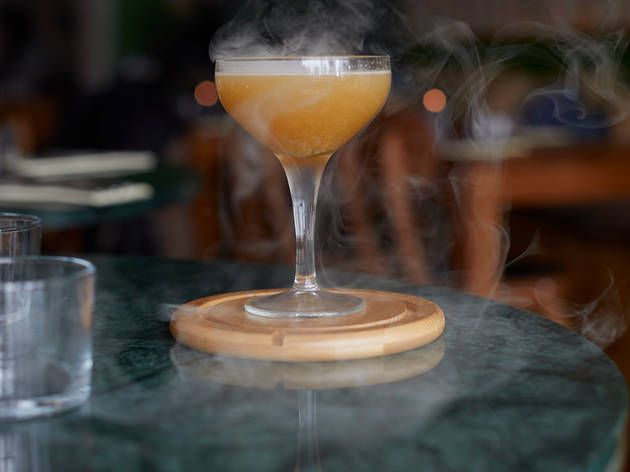 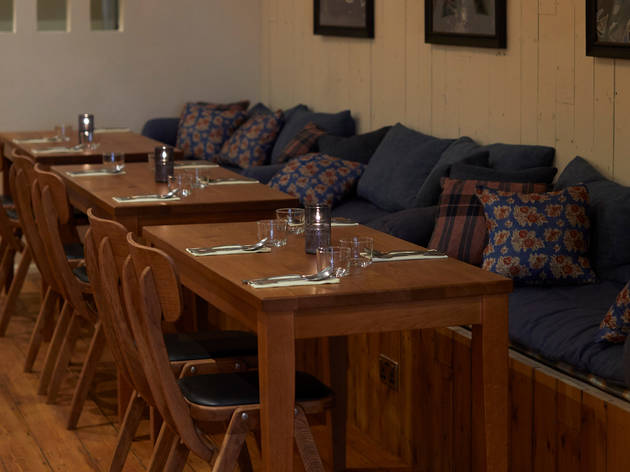 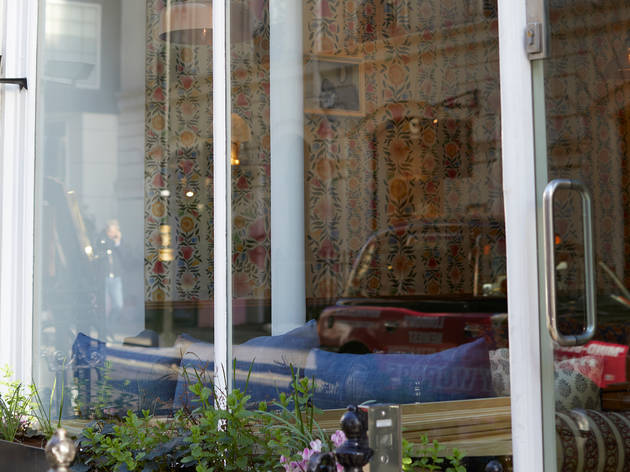 A homely Indian restaurant in Mayfair, from the chef behind Dum Biryani in Soho.

Partial to a scatter cushion? Then you’ll love Lucknow 49. This regional Indian restaurant, from the crew behind Soho’s Dum Biryani, may be a tailor’s stitch from Savile Row, but unlike most Mayfair spots (too sleek, too formal), the look here is colourful and homely.

The wallpaper blooms with exotic-looking flowers in burnt orange and gold. In the middle of the room, the scuffed pine floorboards are stained with a pretty tassel-edged pattern, like the echo of a big ethnic rug. The chairs speak of bygone schoolrooms, while the kitchen, unusually for a casual spot, isn’t fully ‘open’, but tucked behind the kind of wall found in the palaces of the Raj, punctuated by tiny arched openings. Like chaste princesses, the chefs can look out, but can’t be seen.

The cooking draws inspiration from north India’s Uttar Pradesh (Lucknow being its capital). Star dishes included a pair of cardamom-scented lamb patties, ‘made for a toothless nawab (Viceroy)’, with smooth, silken centres, flashes of green chilli heat and dark, crusted edges. Or a bowl of fragrant goat biryani, all fluffy saffron rice and tender meat. This dish is worth the trip alone.

Others lacked lustre. A plate of potato-based veggie patties was no match for its meaty cousin, while the dal makhani, made with moong lentils, was fine, but forgettable. But the rasmalai. Oh, the rasmalai. A spongy dense dumpling offset by milky, syrupy, floral sauce, plus crushed pistachio and a slice of mango, it was ambrosial stuff.

What’s more, the staff here are a well-meaning bunch, and prices are at gastropub levels. Mostly, though, Lucknow 49 is a place you go to feel at home. Which in Mayfair, is not easily done.