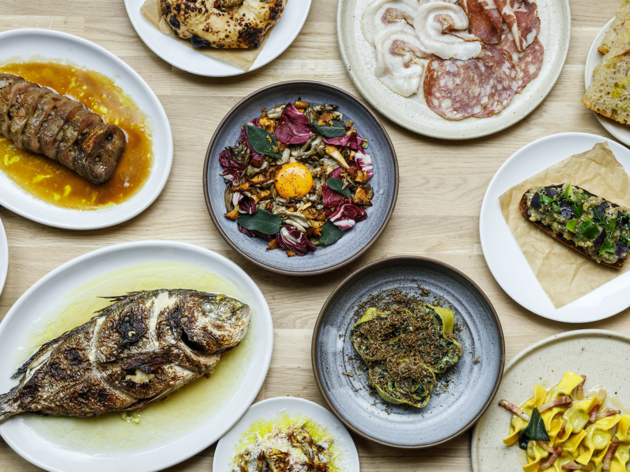 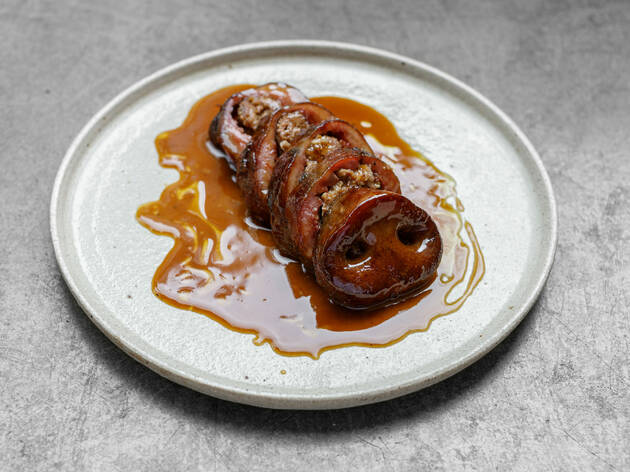 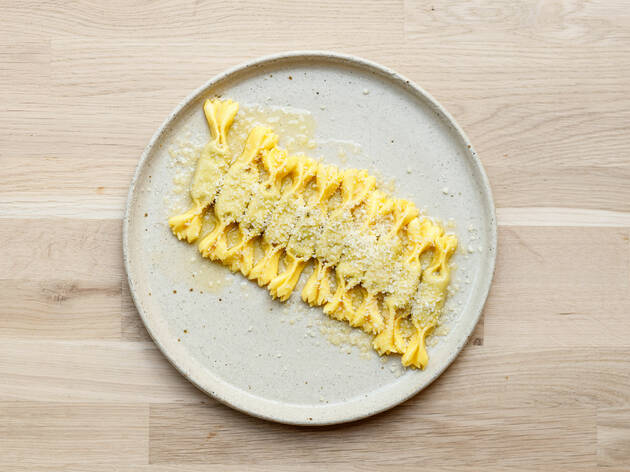 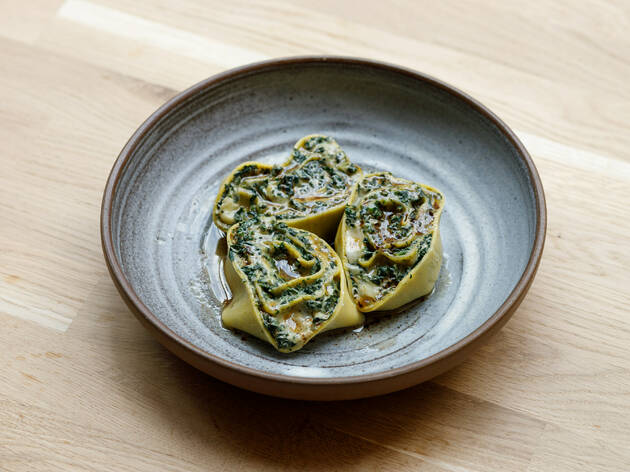 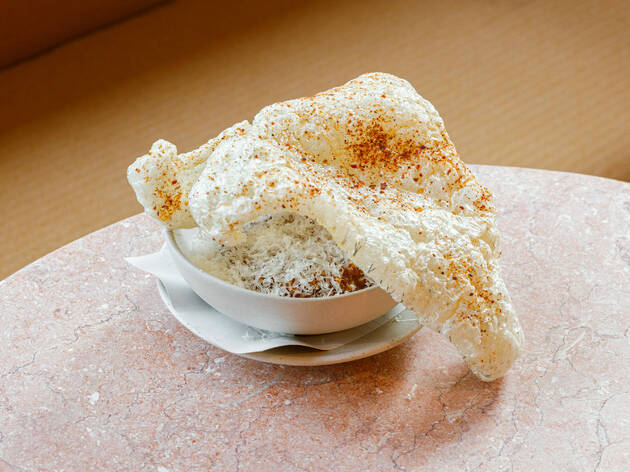 Alright, let’s not waste time. Do you eat meat? If you answered no, please skip immediately to the sixth paragraph and then stop reading.

Like a clandestine culinary cult that’s taken root in a medieval city, Manteca the concept has been buzzing around London for a while now. The brainchild of two fine chefs, it flared up briefly, in its embryonic form, in two different parts of Soho. Neither incarnation, in my opinion, did justice to the Sandy-at-the-end-of Grease version of Manteca. The Manteca that exists in Shoreditch today is the underground cult gone mainstream. If you know your tenderloins from your tallow, then this is church.

The elevator pitch would be that Manteca is a blend of Trullo/Padella’s eye for ‘proper’, hand-rolled fresh pasta and St John’s cleaver-happy commitment to nose-to-tail minimal waste. If the cut exists, Manteca will find a way to serve it to you. To my eternal discredit I wasn’t brave enough to try the off-menu, stuffed pig snout main. I should have. That’s on me.

Next point: Manteca’s pasta is right up there with the best in London. And that’s coming from someone who worships at the altar of Trullo. The fazzoletti with duck ragu, made with hearts and gizzards then braised in red wine and stock, deserves the plaudits, but you’d struggle to go wrong anywhere. Silky smooth crab cacio pepe (which I had in the Soho branch) was a properly thicc saucy boi. I’m not usually a fan of squash-filled cappellacci, but this one made me nod my head like a halfwit.

This is powerful, flavourful food but it’s not dumb.

Then there’s everything else. The starter that everyone zeroes in on is the pig skin ragù with parmesan. Head chef Chris Leach modestly explains away its existence by saying it’s ‘the best use’ for all the excess skin they end up with after buying so many whole pigs. Hashtag relatable! But come on, Chris, be real. The dish is an eye-catching, crispy superstar, and by the time you read this it might already be a London classic. Order it, but don’t overlook the Italian sausage and fennel. A significant, chewy delight, akin to a chorizo burger hiding in a bush of zesty greens.

All the salads and veggie bits were nice. Is it possible to go to Manteca and eat just greens? Maybe. But it would be like turning up at the Royal Opera House and only visiting the cloak room.

Everything I ate and drank was great to excellent. And I ate and drank a lot. My pork chop main was juicy and crunchy in all the right places. The Beaujolais was crisp and refreshing, as promised. Even the desserts display a commitment to zero-waste (and ethical produce). The light but potent chocolate tart I had was made from the whey leftover from the house ricotta. It’s akin to finding out your favourite footballer also owns a chain of independent bookshops. Eating meat has never felt so edifying. What’s doubly impressive was that after such a meat-heavy feast neither myself or my friend Stan felt uncomfortably stuffed. This is powerful, flavourful food but it’s not dumb. You won’t waddle away from Manteca. You’ll glide.

If I had one gripe it’s that the new location (for all its qualities) is a big space. There’s currently a bit of a disconnect between the warm, sincere, loved-up grub and its intimidating, impressive Shoreditch context. It’s like watching an idiosyncratic folk musician play the O2 Arena. But the lads have only just moved in. I’m sure they’ll figure out the ambience. In the meantime, I’m going back for that pig’s snout.

The vibe Special night out for the discerning flesh-eater in your life.

The food Stunning hand-rolled pasta and then… all the meat.

The drink The wine list is hundreds strong. I very much enjoyed my Mi-To cocktail.

Time Out tip? Do not, repeat do not, leave Manteca without trying a house digestif, the home-made artichoke amaro. Herby heaven.