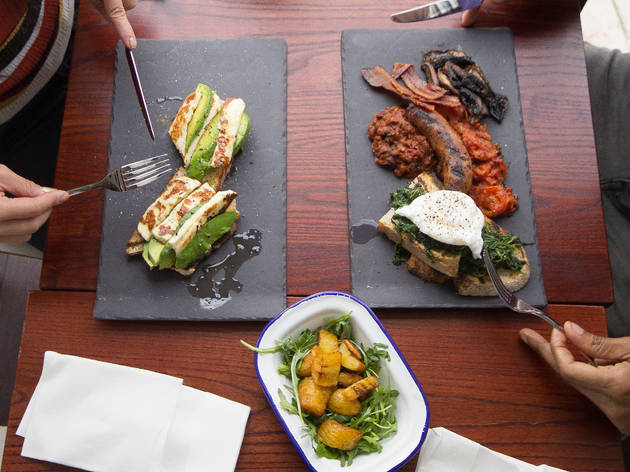 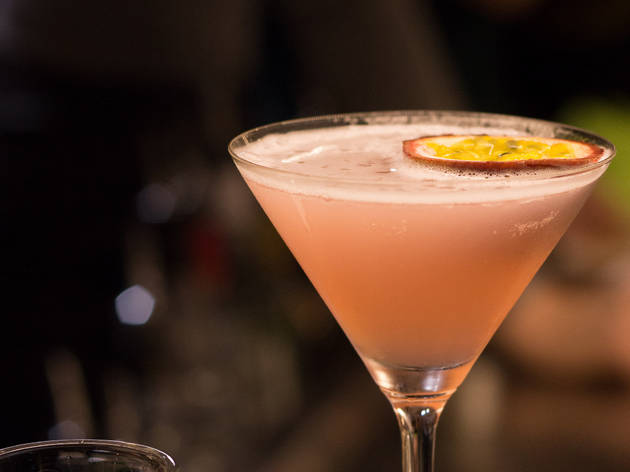 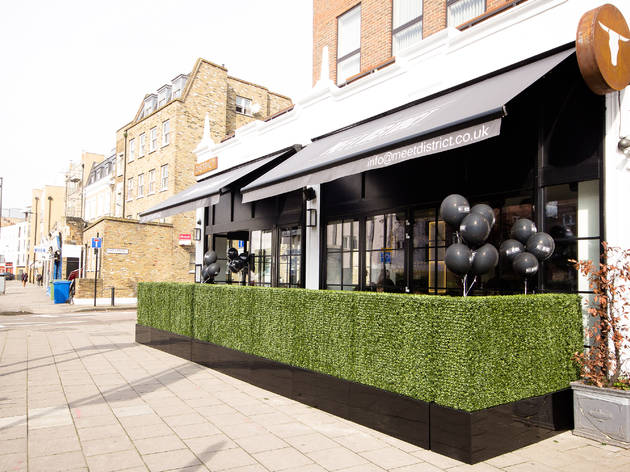 Just as you shouldn’t judge a book by its cover, you shouldn’t judge a restaurant by its Instagram account. But in the case of Meet District, it’s very tricky not to. Full English breakfasts served on slates; tiny Kilner jars full of steak sauce; cocktails served in those little jam jar/handled mug hybrid things that make absolutely no fucking sense – is Meet District a knowingly ironic tribute to all the naffest restaurant toss of the past 20 years?

As it turns out, no; no it’s not. It’s not that the slates and bloody jar-mugs are so bad in themselves, it’s that they point to a basic lack of awareness of what Londoners want and expect from a neighbourhood restaurant. I honestly don’t care how on-trend the crockery is, as long as the food and service are up to snuff. But at Meet District, they aren’t.

Though a round of cocktails (the ones we tried ambitiously priced at £9.50 each) was good and boozy, the starter, a sharing board of cheese and cured meat, simply didn’t arrive. An apology was offered, an explanation wasn’t.

What followed suggested I may have dodged a bullet. Twenty quid’s worth of rib-eye steak arrived grey and undercooked on the outside, overdone in the middle, suggesting the surface on which it was cooked wasn’t hot enough. Accompanying it on its slate was a sad blob of the sort of overly wet coleslaw you’d expect from a Harvester salad cart. Dining companions ordered burgers and were similarly unimpressed. The fries, admittedly, were great.

With its cheery pop tunes and friendly atmosphere, I’ve no doubt some Queen’s Road peeps will take a shine to their new local. Perhaps the weekend brunch is better. But with fresh competition arriving nearby on an almost weekly basis, Meet District needs to try harder.