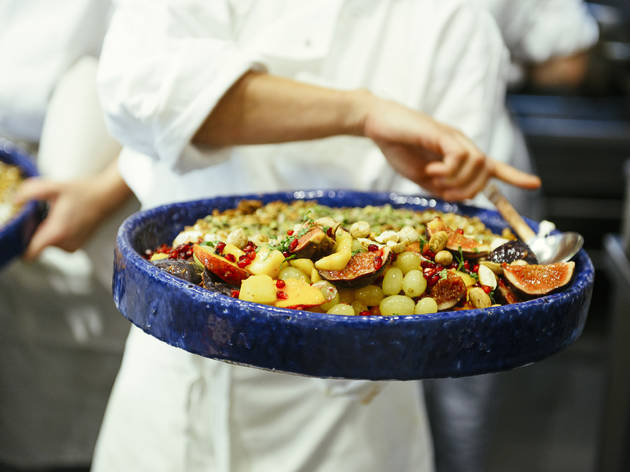 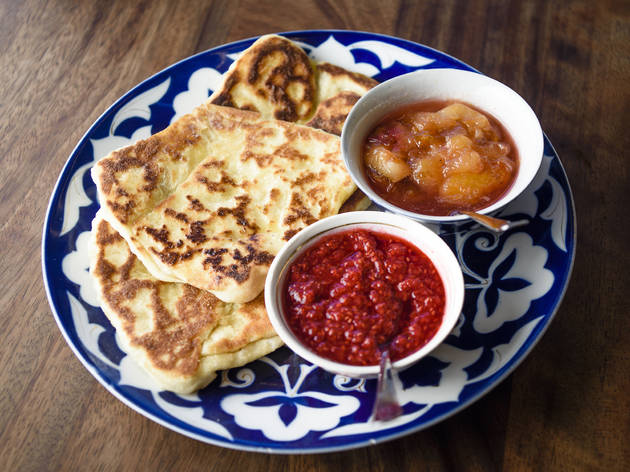 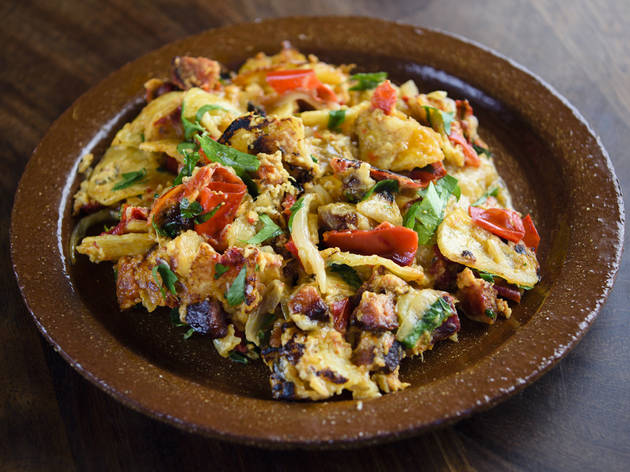 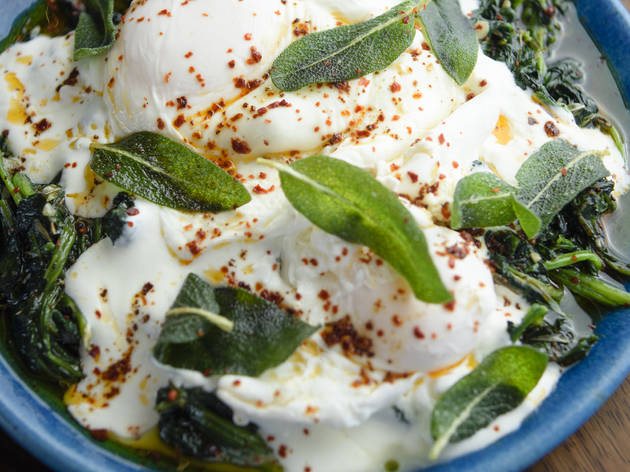 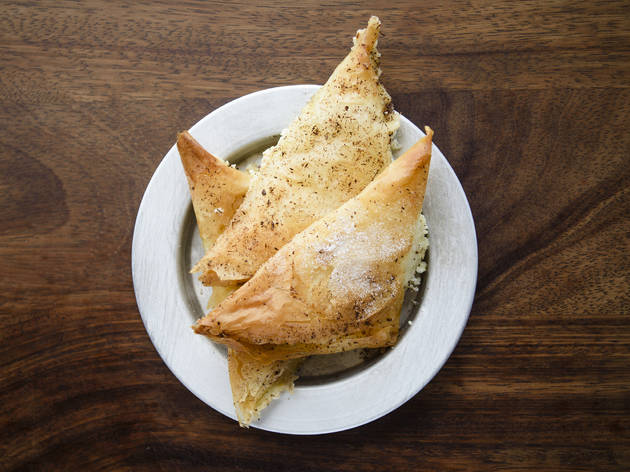 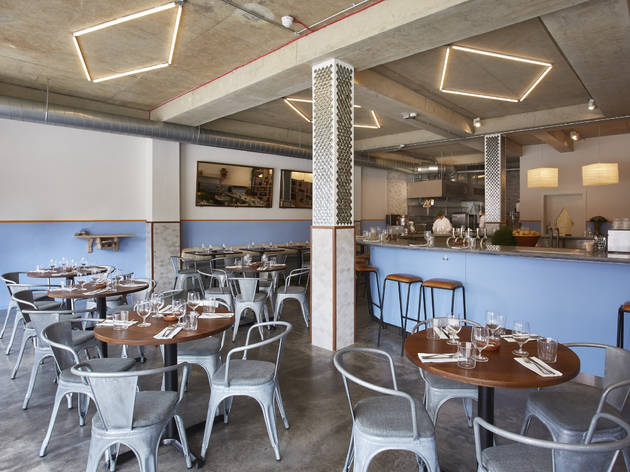 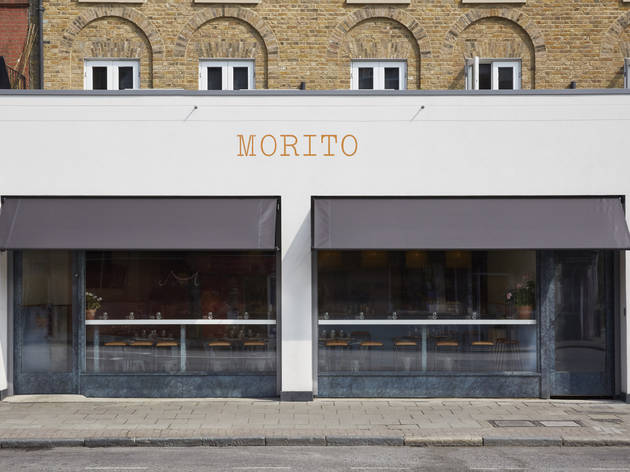 It’s hard to believe that the original Moro in Exmouth Market – which later gave way to spin-off Morito next door – opened almost 20 years ago. At the time, it was revolutionary, a blazer of trails that encouraged the patatas bravas brigade to embrace an idea of ‘tapas’ that looked beyond traditional Spanish dishes. That took inspiration from North Africa and the Middle East, too. In 2016, these same bold, smash-your-palate flavours have become all the rage. I can barely open a menu without finding a dollop of labneh or sprinkle of sumac on it. Morito’s owners couldn’t have picked a better to time to bring this, the third member of the Moro family, into the world.

Not, by the way, that the new site is anything like its namesake in Exmouth Market. They may share the same Twitter account, but this branch is a completely different kettle of salt cod. Over in EC1, the counters are bright orange (like eating off a giant smartie, I’ve always maintained), the space teeny-tiny and vibe ultra-intimate, with fewer than 20 seats. Here at Hackney Road the room is large and high-ceilinged, with cool clean decor: stone floors, steel Tolix chairs and two-tone walls of brilliant white and summery cornflower blue. Lights are painfully, see-every-pore bright (turn them down, please, I beg you!) but otherwise it’s a civilised, minimalist affair.

There’s an enormous horseshoe counter (obvs) but no kitchen behind it, so don’t expect to see chefs burning their thumbs while you watch. The drama, instead, comes from the daily changing menu.

Dishes may also be different, but the style is unmistakable: small plates and sassy flavours. Dukkah for dipping, pomegranate mocktails for sipping. Best of the night was the borek, a giant mutated spring roll of sorts, only with the golden pastry outer giving way to seemingly endless folds of pastirma (warmly spiced cured meat) and gooey melted cheese, plus tiny, delicious surprises: a cherry tomato, a sprig of dill. Eating it is like playing the best game of pass the parcel ever. A gutsy, gorgeous salad of thinly sliced green and yellow courgettes layered with briny anchovies, fresh cheese, black olives and fresh mint had me pause and let out a happy sigh.

Could I have lived without a so-what plate of chewy octopus and bland potatoes, or a fairly underwhelming pile of deep-fried okra? Probably. But staff were fresh out of charm school and the room abuzz with thirtysomething chatter: locals seem chuffed to have this slice of the Moro mini-empire on their patch. And who can blame ’em?