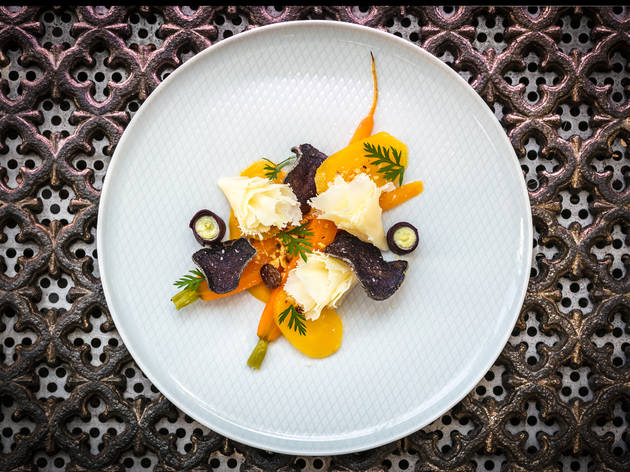 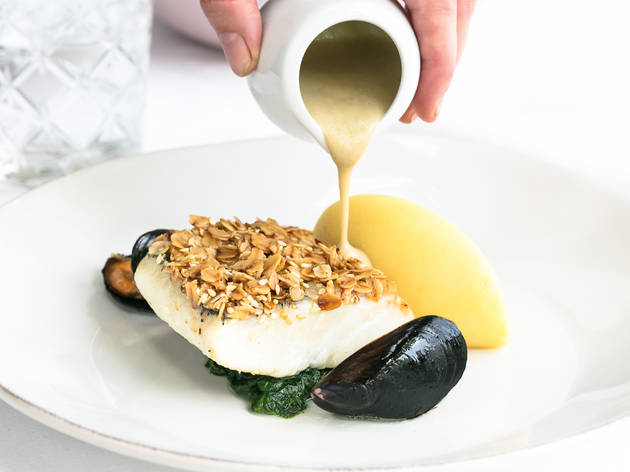 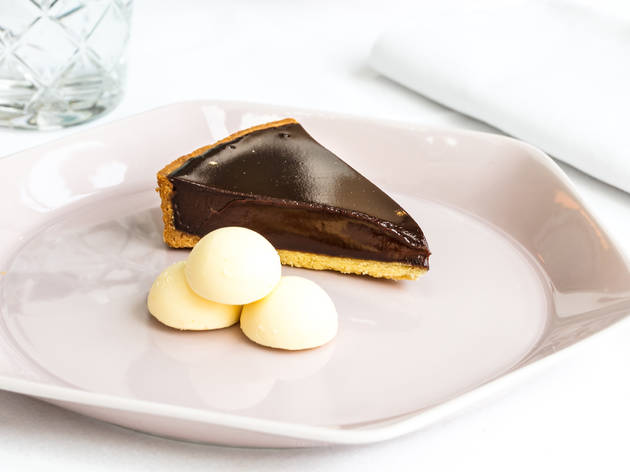 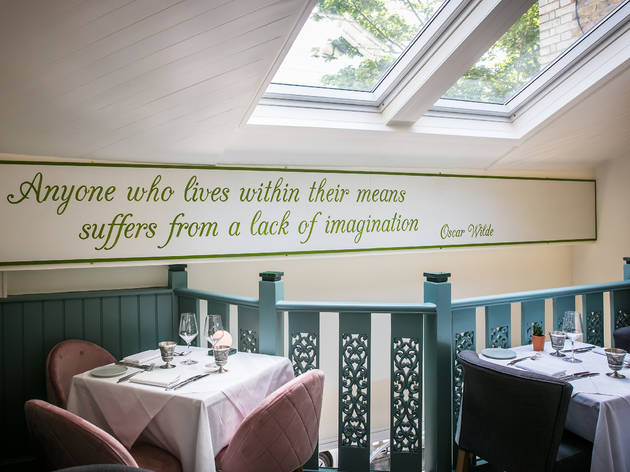 What a gorgeous room. This is my first thought when I walk into Myrtle. Because it is. The bijou space must surely be the living incarnation of someone’s Pinterest board. Someone with excellent, on-trend taste: there are sumptuous quilted armchairs, some in grey, some in dusty rose, over bark-coloured herringbone parquet. There are two-tone, green-and-cream walls and a large statement mirror. So far, so chic SW10.

The menu claims to be ‘modern European with an Irish influence’ (chef and owner Anna Haugh hails from Dublin), but while dishes may be drawn from across the Continent, the style is more overtly Lyonnaise: lots of butter, lots of meat, rich rich rich. With the odd Irish number as a sort of homely garnish. And no small plates, oh no: this is a strictly starters-mains-puds set-up.

Not that there’s anything wrong with that, per se: the cooking was mostly excellent, if occasionally a touch over-salted. Star turns were a complimentary amuse-bouche of pig’s head croquette with sauce gribiche (they should put this dish on the menu proper) and a dessert of frozen nougatine with a Ferrero-Rocher-esque centre. Also good was a fat fillet of oat-crusted hake with smoked mackerel chowder, and pink-middled beef with a moreish meat-middled dumpling. But to serve such heavy food in such a feminine setting sends mixed messages, not least given the fashion-conscious local audience. It feels like it’s having an identity crisis. And sure enough, by 9.30pm on a Friday night, it was deserted. Myrtle has the potential to become a date-night fave, it just needs to lighten up a bit.