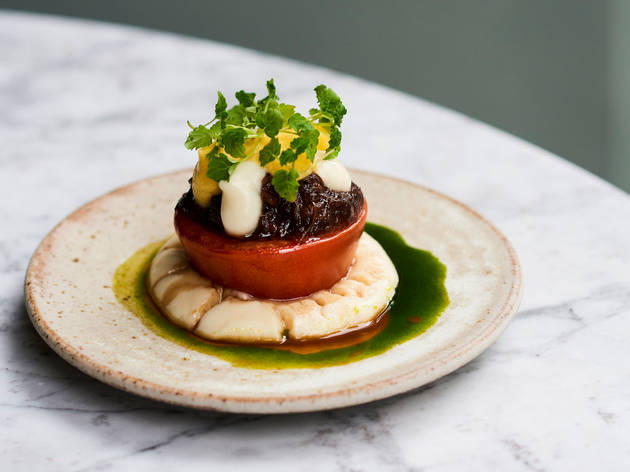 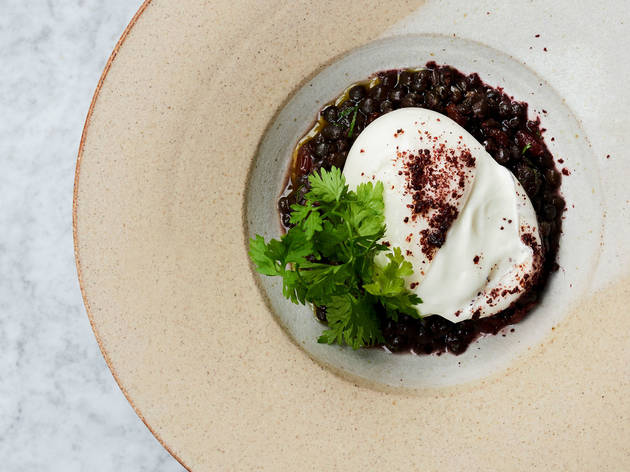 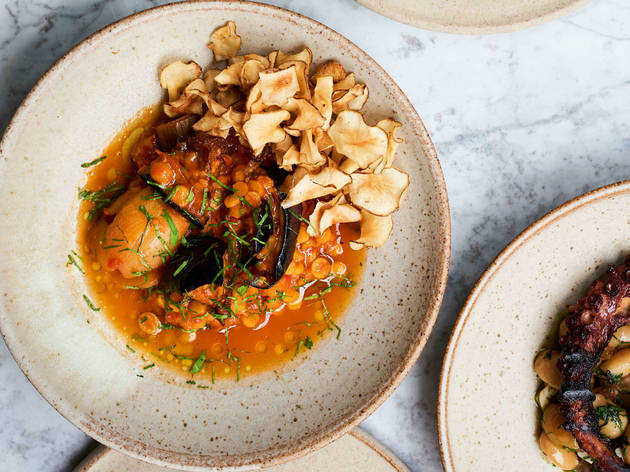 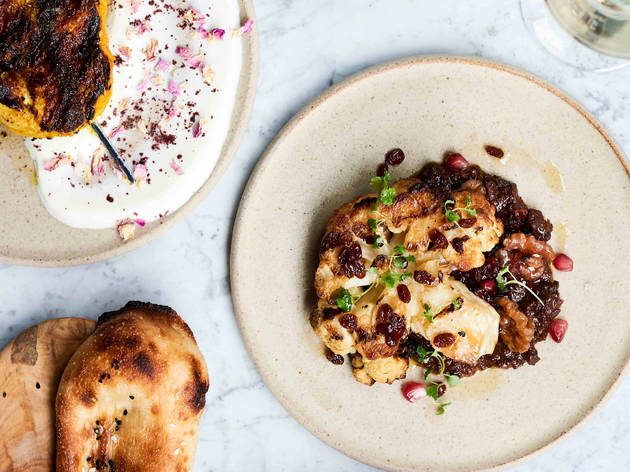 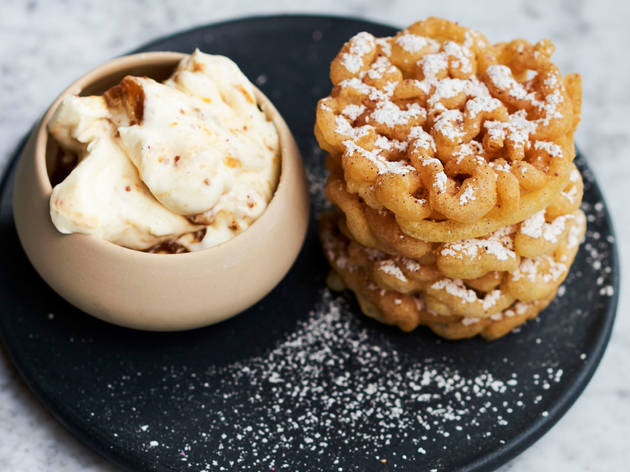 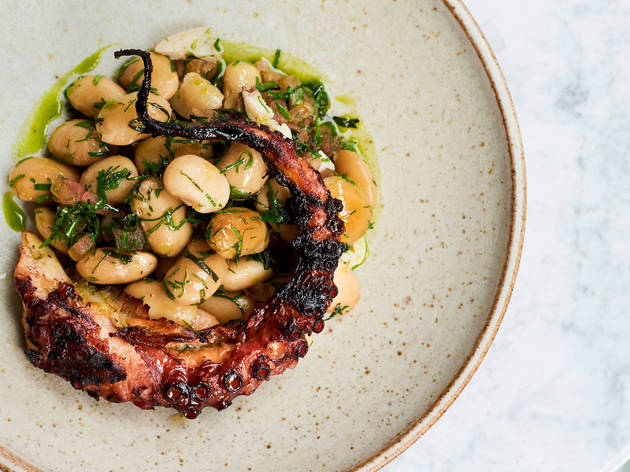 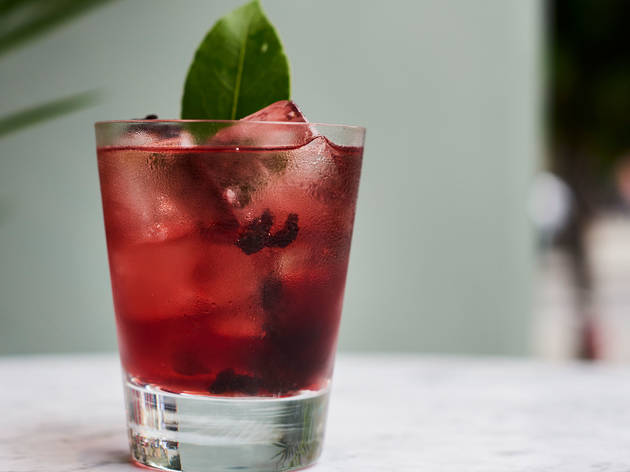 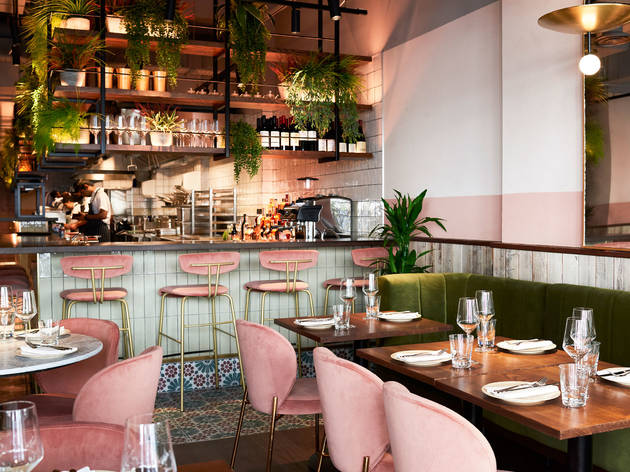 It’s an interesting quirk of restaurant reviewing that when describing Iranian food, you’re taught to call it ‘Persian’. Persia is for culture, Iran is for politics. And no one wants to eat their politics.

But somehow it feels more appropriate to call the food of this new Covent Garden spot modern Iranian, because this is not your classic kneading-bread-in-the-window kind of a place, but a stylish space serving the metropolitan cooking of Tehran. Walking in, there was vibey hip hop playing in an industrial-chic setting: exposed pipework overhead, darkly gorgeous patterned tiles underfoot, and rose-hued seats for your bottom. It’s all super-sceney.

As for the food, there’s plenty you’ll recognise from the rise-and-rise of modern Middle Eastern dining in the capital: pistachio, pomegranate, aubergine, yoghurt. But there are more overtly Persian leanings too: an enthusiasm for saffron and rose water, or that most beloved of Iranian fruits, quince. Also modern: the downsizing of stews and grills, so that every item was essentially a small plate. Yup, we’re in London.

And mostly, these were terrific. Two star turns bookended the meal. First, a staggeringly good ‘bazaar’ bread the shape of a flattened baguette: oily, golden, and doused in salt and sesame. And later, an equally sensational twist on a tarte tatin, the pastry filled not with apple, but with meaty chunks of spiced quince, then teamed with fragrant Persian tea ice cream.

In between, there were other must-haves, like smoky aubergine, casually draped around a plate before being accessorised with all manner of edible jewels: tart pomegranate seeds, tiny curls of crispy onion, juicy blackberries, shards of bitter walnut, fragrant microherbs and morsels of smooth, salty, glistening feta. No two mouthfuls were the same. Also good were saffron rice and a garlicky, rose-petal-strewn yoghurt dip.

But there were a few slip-ups, too, like a delicate octopus tentacle overwhelmed by too much orange. Or giant chips made not with the promised tahdig (the prized pan crust of cooked rice, an Iranian delicacy) but with slices of potato: a too-bland fat chip version of pommes anna.

But staff were both enthusiastic and charming, the atmosphere lively and welcoming. Nutshell offers a fresh perspective on Persian cooking, showing that there’s so much more to this excellent cuisine than kebabs and stews, and delivering it with sackloads of panache. And for that, I love it.