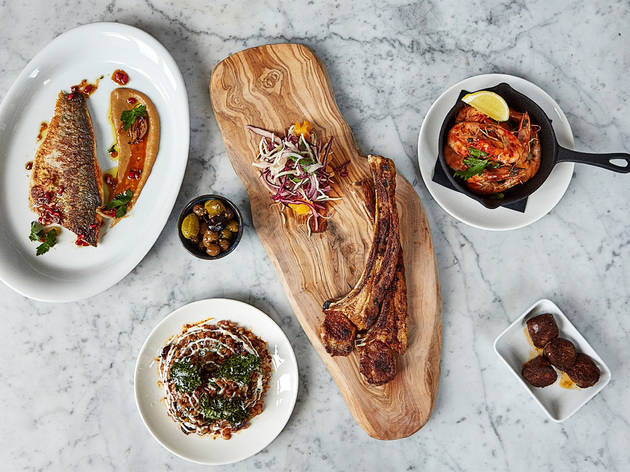 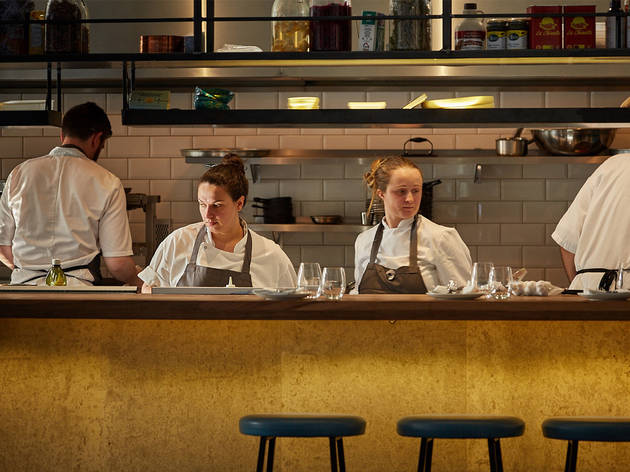 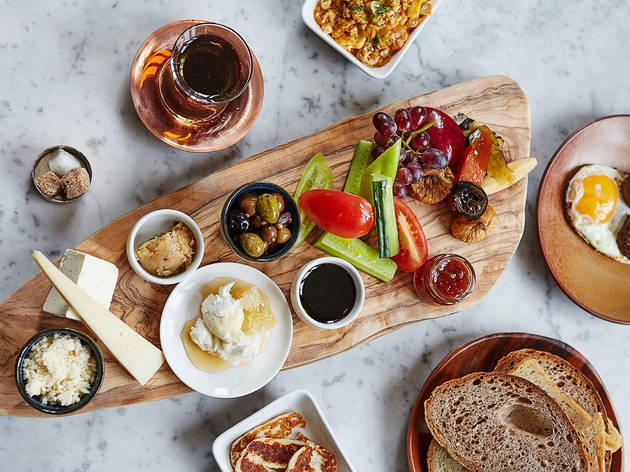 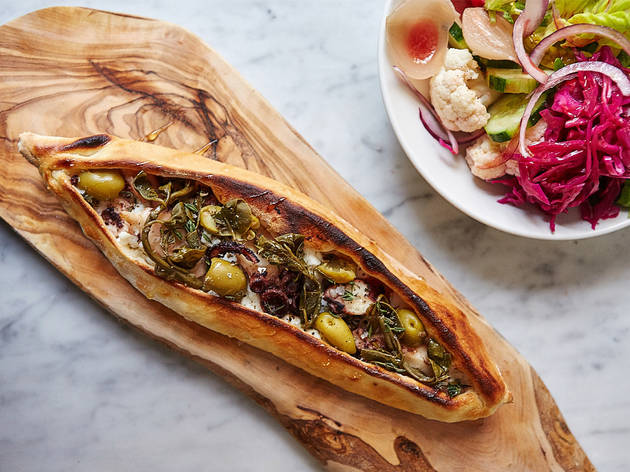 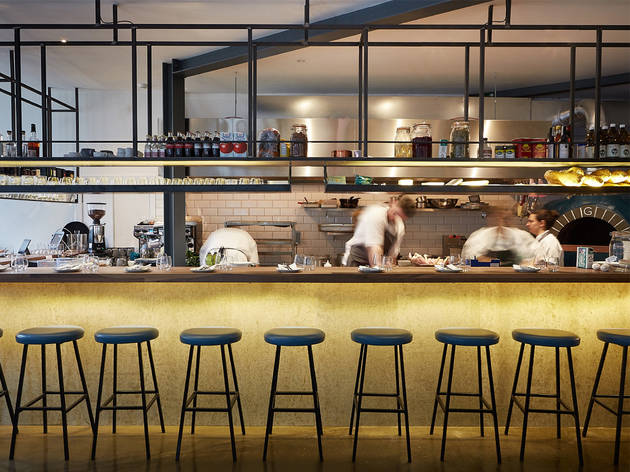 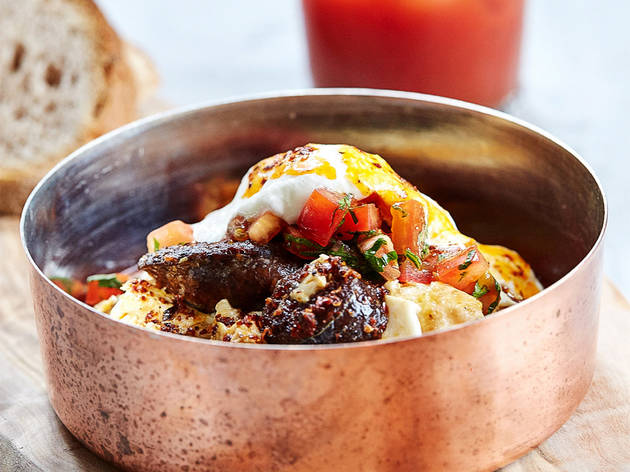 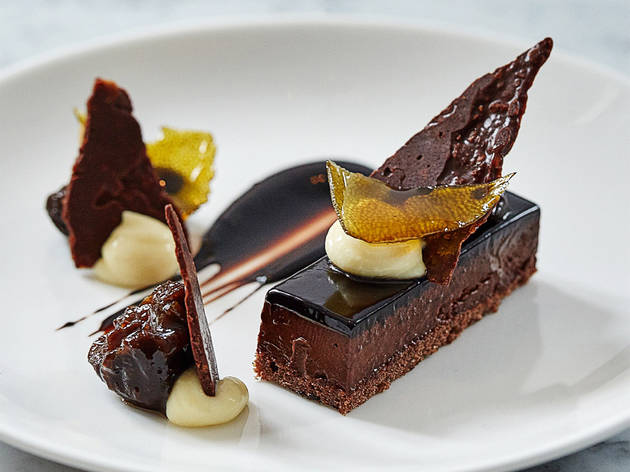 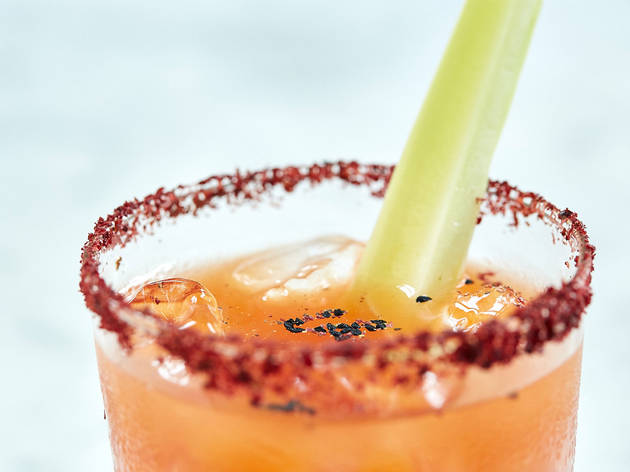 Oklava is the first permanent restaurant from Selin Kiazim, who has run a number of successful popups in London.

The streets east of Old Street are paved with cheap kebab shops, but Oklava is something quite different. Firstly, the look is contemporary chic (in this part of EC2, one man’s ‘Shoreditch’ is another man’s ‘City fringes’), with an open kitchen, sleek designer furnishings and posh scented candles in the loos.

As for the cooking, Selin Kiazim may have gone back to her Turkish-Cypriot roots, but she’s done it in a modish, creative way, showing off skills first learned at since-closed fusion joint The Providores and, later, its casual spin-off Kopapa. Plates are small, made for sharing, and bursting with flavour: mostly bold and southern-Med-meets-Middle-Eastern, but with dashes and splashes from other parts of the planet, too, such as a dish of chargrilled monkfish.

Glistening and perfect, sits on a gleaming white plate, surrounded by cheffy swirls, not just of a slightly bitter orange caramel, but of an umami-tastic combo of smoky Turkish urfa chilli plus honey, soy, and just a hint of fish sauce. Swoon. Something billed as ‘chilli garlic chicken with a za’atar crumb’ turned out to be TFC (Turkish fried chicken). Here the succulent meat is encased in herby, lemony breadcrumbs, deep-fried and served with a potent lime mayo. It’s brilliant.

But the kick-ass dish is the lahmacun – a kind of Turkish pizza, with a fantastically crisp flatbread base and warmly spiced minced lamb topping. Though already delicious, when we observed tradition and wrapped it up with pieces from the accompanying salad (a zingy, crunchy mix of pickled cauliflower, parsley, red onion and baby gem) it turned into a hot wrap to crush all other hot wraps into oblivion.

Only two things – a cauliflower dish overpowered by chilli, with an odd metallic aftertaste, and another of ‘marinated and candied aubergine purée with yoghurt and smoked almonds’, which didn’t live up to its fancy description – left us feeling flat. But we’ll let these go, especially as service was exceptional, the ambience (even on a drizzly Tuesday night) vibrant, and prices so reasonable. Who needs kebab shops, anyway?