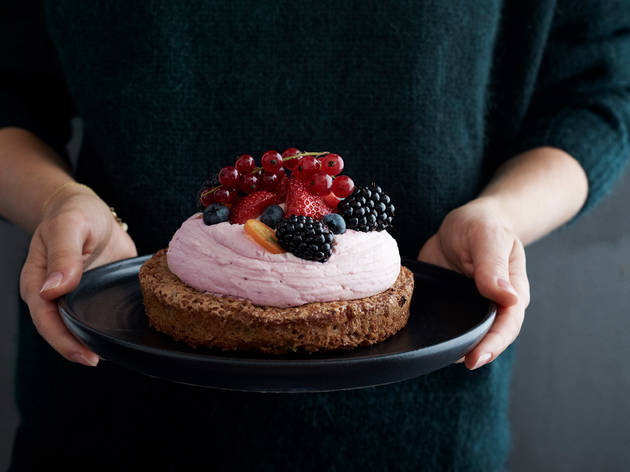 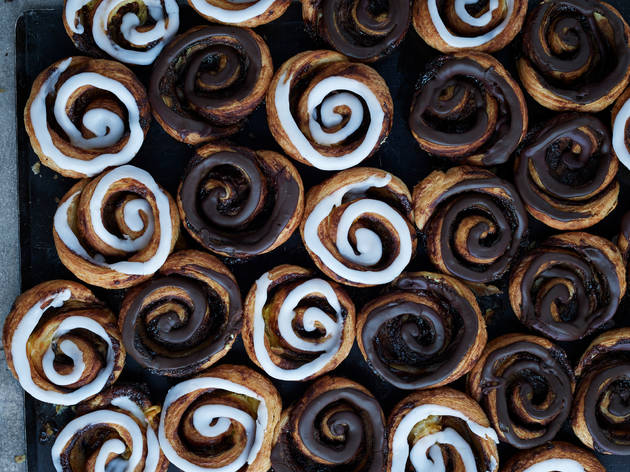 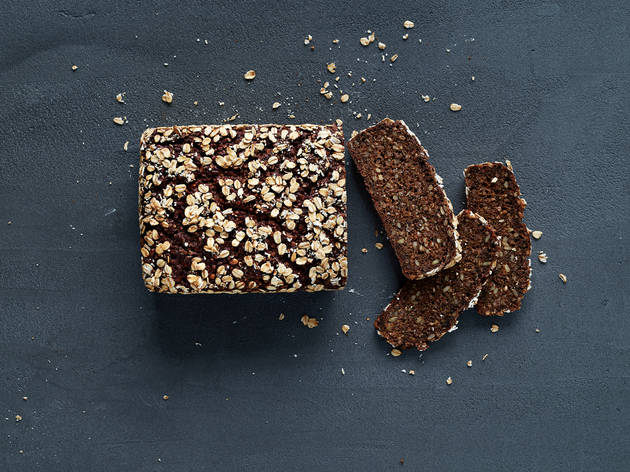 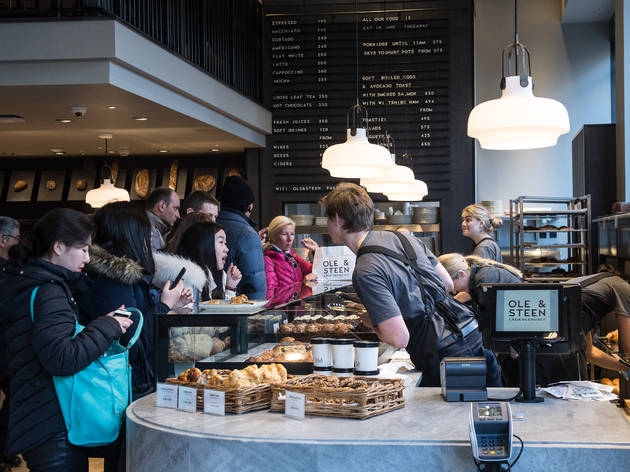 A swish Danish bakery with an all-day menu.

Uniform cinnamon swirls, flaky croissants and fancy cakes beckon you into this upmarket Danish bakery in Victoria’s Nova complex. The window display is just the start. You’re soon met by counters bearing all sorts of sweet and savoury delights – muffins, filled baguettes and smørrebrød (open sandwiches) among them. The system for ordering is efficient: grab a ticket from the machine and you’re free to ogle all the goodies until your number is called. Some counters have tasters laid out on top too – a winning touch.

Don’t miss the open rye sandwiches which look like edible works of art. I was drawn to a plump, pink tiger prawn creation on carrot rye, the avocado topping smothered in Marie Rose. The combo was excellent: the soft avocado, the firm prawn and the nutty rye made for a satisfyingly chewy mouthful. Grilled artichoke and goat’s cheese focaccia, meanwhile, had a brilliant crispness – and you get a huge chunk for three quid, though it was a tad greasy.

When it comes to the sweet stuff, Ole & Steen is in its element. A Cinnamon Social Slice (part of a long shareable pastry) was moist and moreish, vanilla custard peeping out from between the layers of pastry. A Sarah Bernhardt featured a shell of dark chocolate filled with chocolate mousse and sitting on a macaroon base. It was rich and fun but couldn’t top that cinnamon slice.

Lifted straight from the streets of Denmark, this growing micro-chain has brought us true Danish bakes as well as chic Scandi style: sophisticated, uncluttered seating and tall ceilings in this branch. Nab a seat upstairs and you can even watch the bakers in action.

A great place to come have a coffee and cake! I'm a big fan of their Oat Milk Hot Chocolate and Oat Milk Cappuccino. This type of milk makes the drink super creamy, it froths well, and the flavours from the coffee and chocolate blend well with the oat flavour. They've got free wifi, which makes for a nice place to work for a bit - avoid peak hours though, as it does get a bit noisy then. The service is generally quite quick and the staff are friendly, which makes for an even better experience.