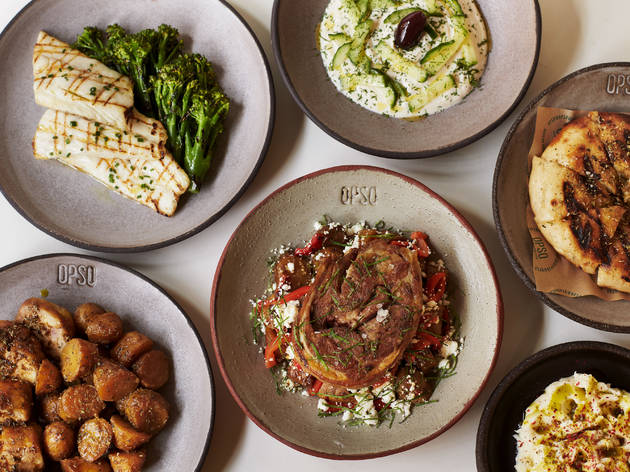 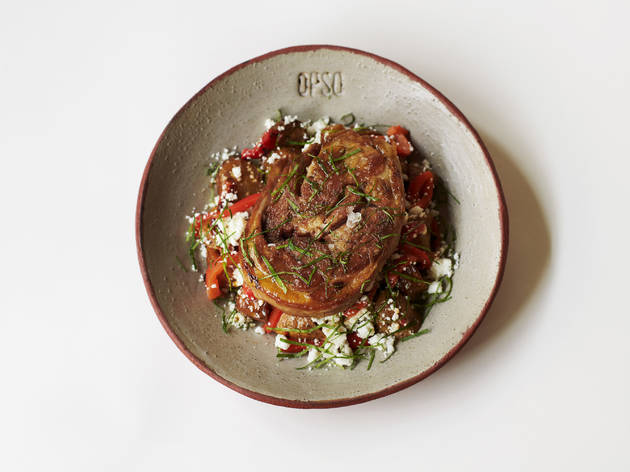 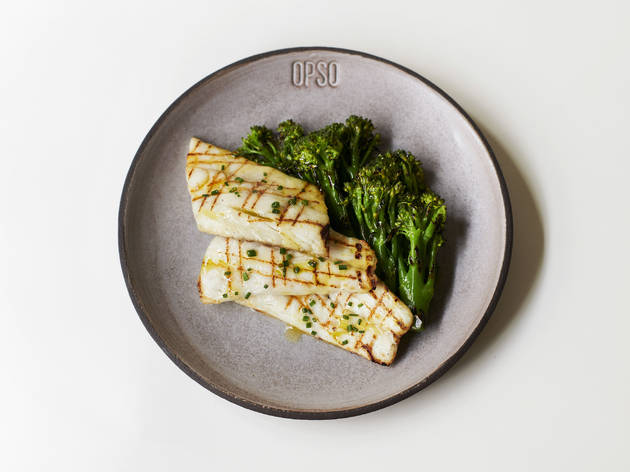 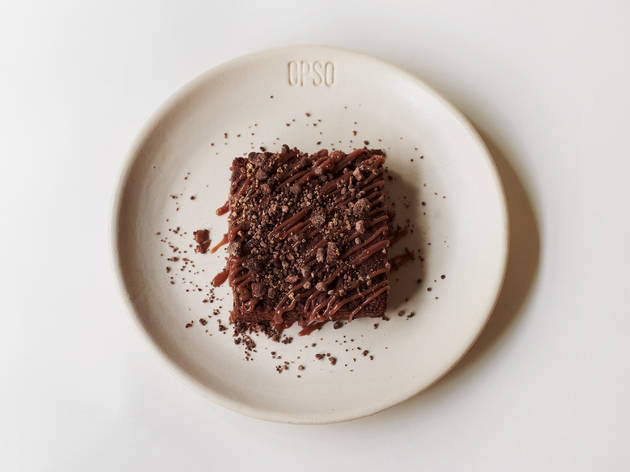 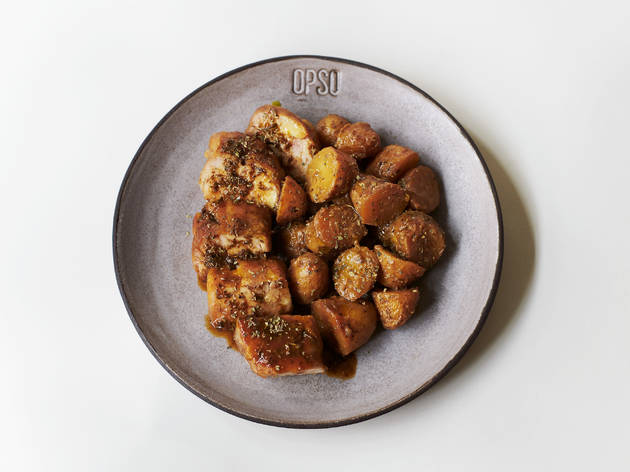 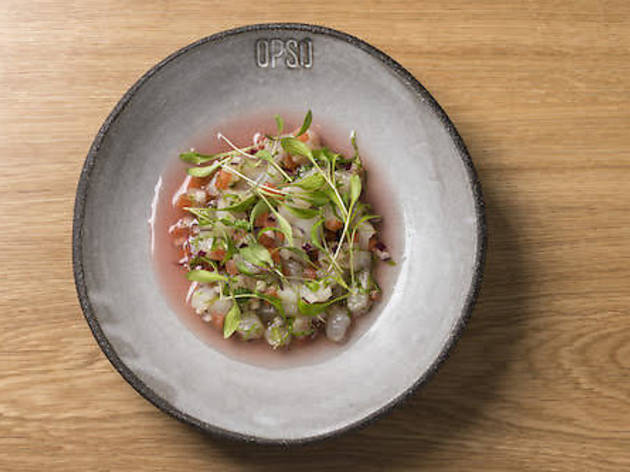 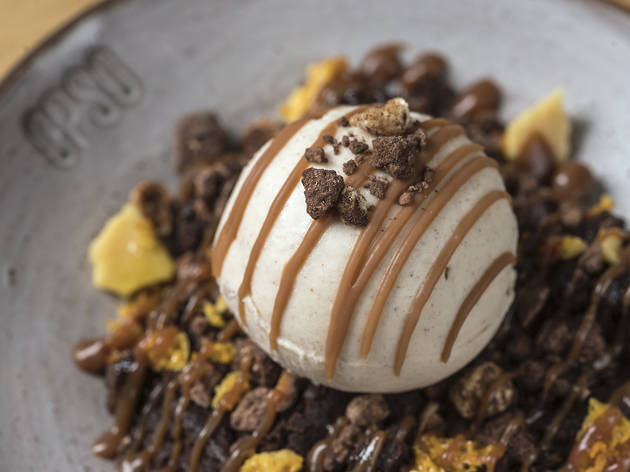 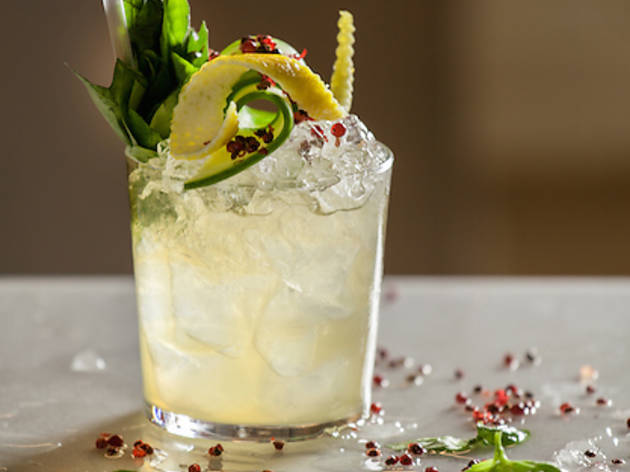 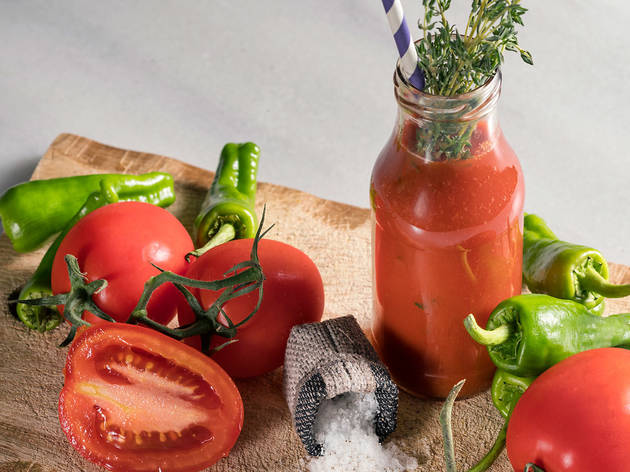 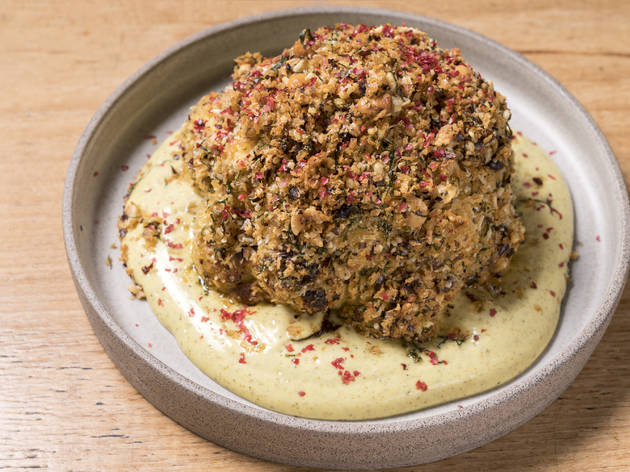 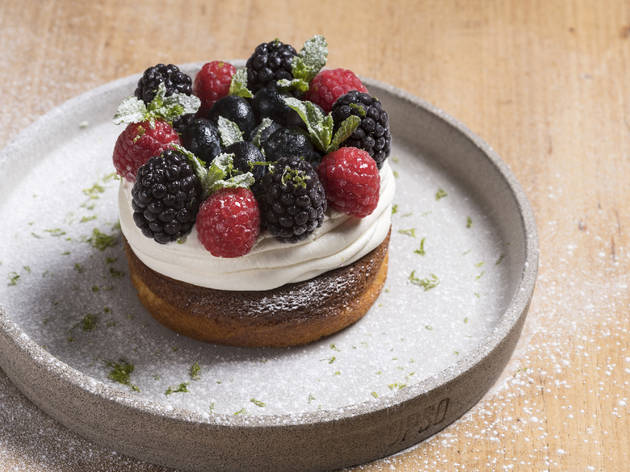 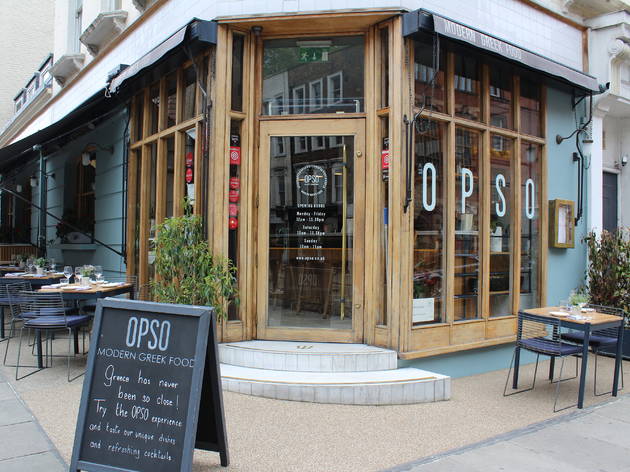 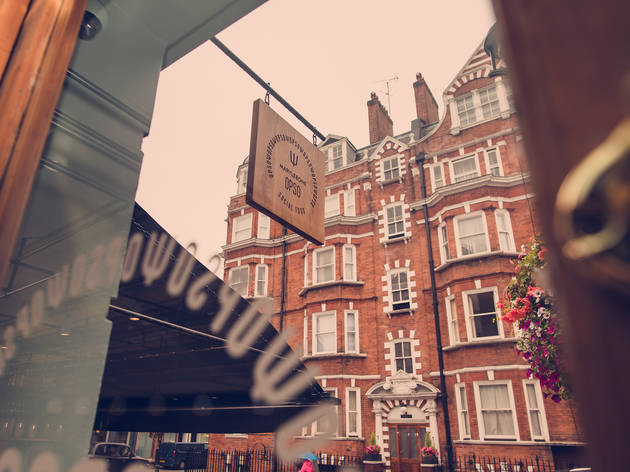 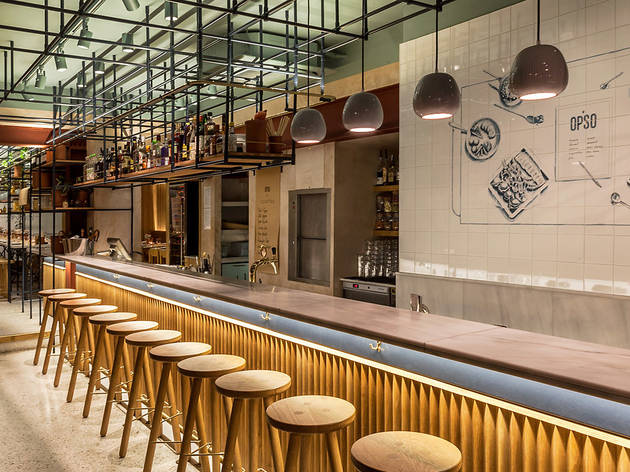 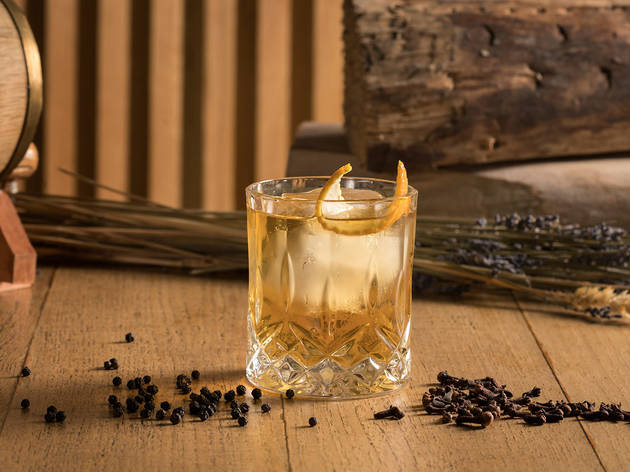 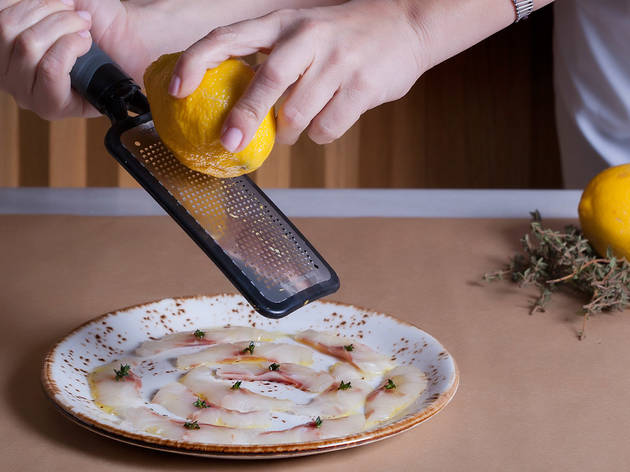 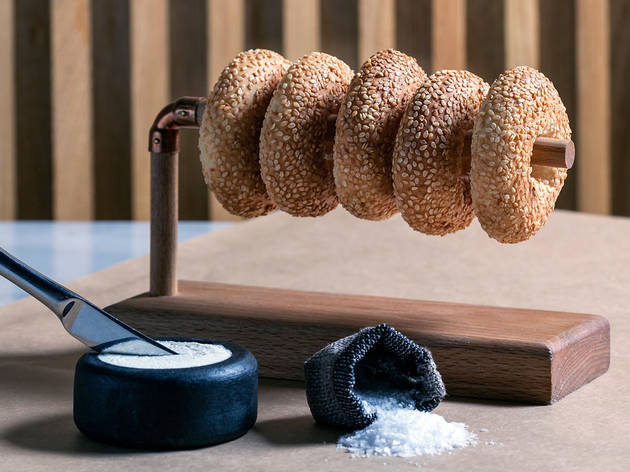 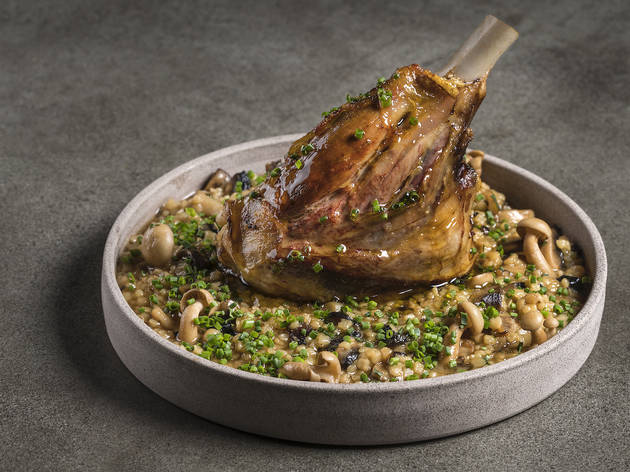 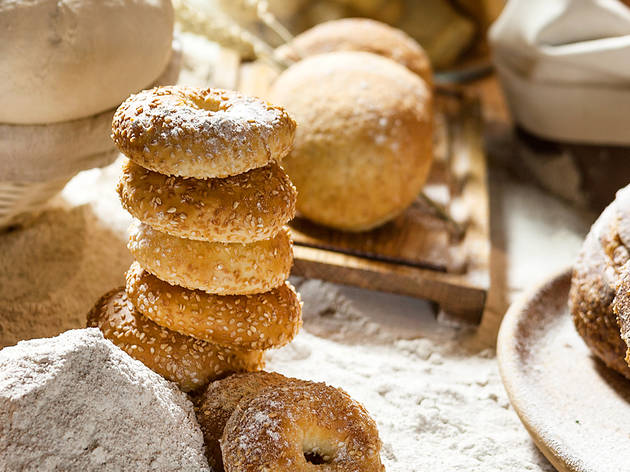 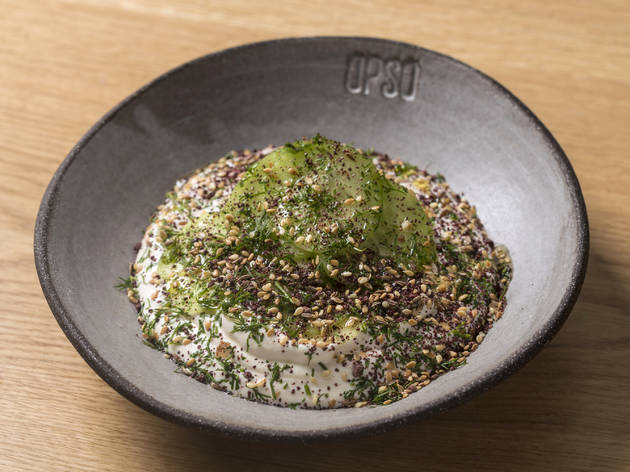 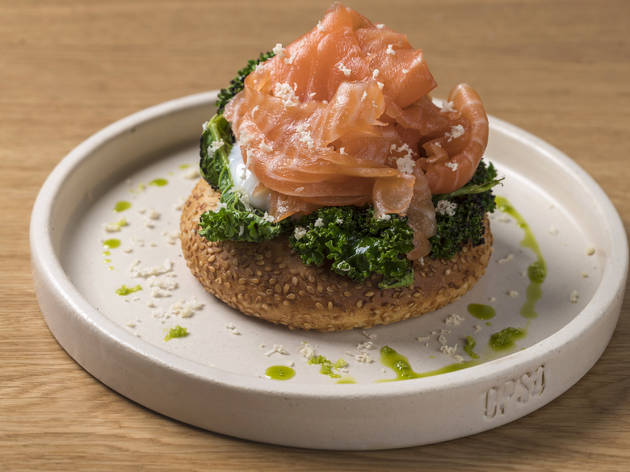 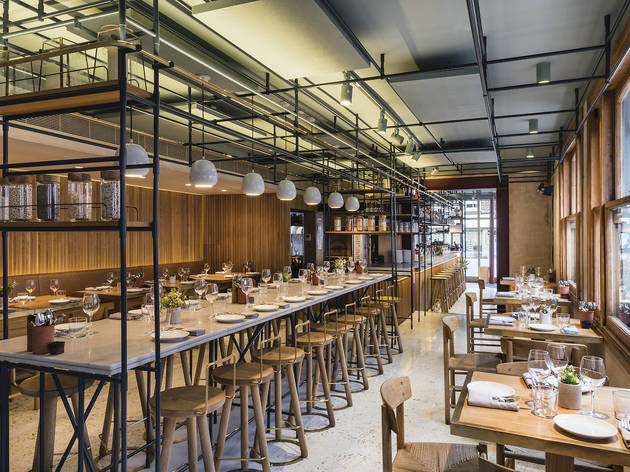 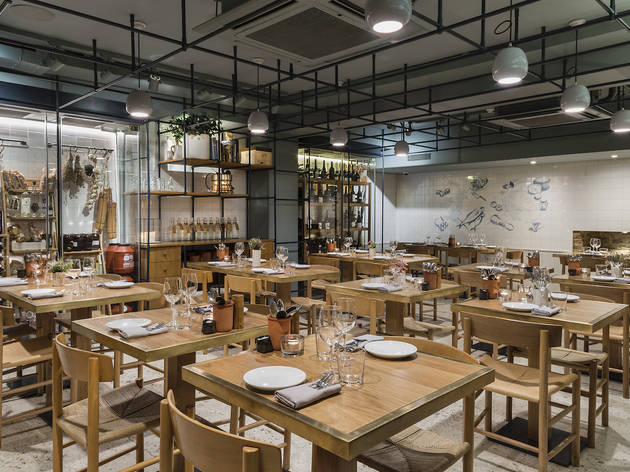 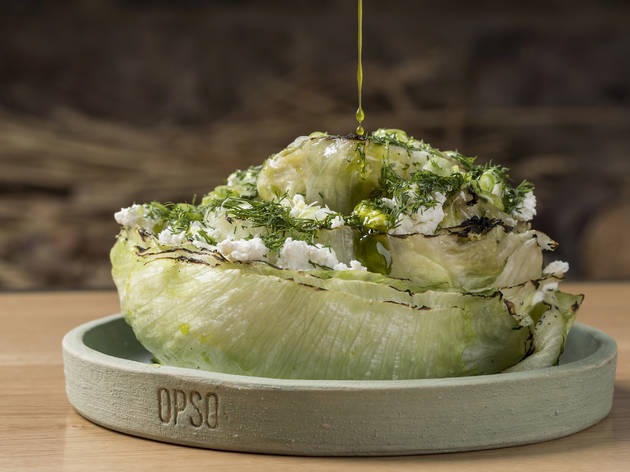 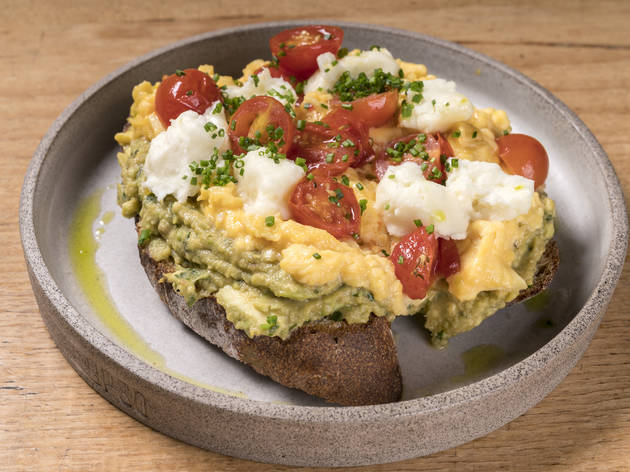 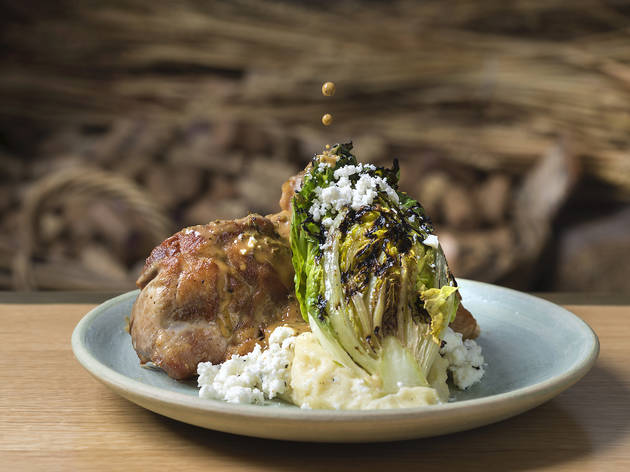 This Greek spot in Marylebone didn’t exactly hit the ground running. In Opso’s first month it took me three visits  to find the kitchen in full tilt. Visit one had a partial menu. On visit two the restaurant was unexpectedly closed. A stoic third attempt was rewarded with some excellent meze dishes.

Opso blends its modern architectural look with a contemporary menu of small plate dishes  – mezédes – that are pimped up almost beyond recognition. ‘Taramas cream’ (taramasalata) was a world away from bright pink supermarket tubs. Served with crisp olive crackers, the pale, untinged cod roe was delicate and fresh.

Served as a dessert, tsoureki – a brioche-like bread usually eaten at Easter – was like a panettone in appearance and lightness. This, like all the other baked goods, was made in house. It came flavoured with mahlab and mastic, traditional Greek spices made from cherry kernels and tree resin respectively, giving it a distinctive, almost bitter almond or cedar aroma. Served with clotted cream and sour cherry jam, it was like an Attic afternoon tea.

Not all dishes were improved by modernisation, though. Pastitsio is usually a lasagne-like slab of macaroni baked with ground beef and béchamel sauce: comfort food. But here the elements were deconstructed and swapped around, then plated in a mound, ‘MasterChef Greece’-style. Although the allspice flavours in the beef were good, tagliatelle-style pasta was a fiddle too far. The simpler dishes worked best, such as the dakos, a Cretan salad of barley rusks stirred in with olive oil, ripe tomatoes, capers and red onion. Properly ripe ingredients are needed to make any sort of Greek salad sing, and this was a virtuoso.

Save room for the little cakes displayed on the counter, or the desserts. Walnut cake was moistened with honey syrup and served in large crumbs with (more) clotted cream and cherry jam, and was far better than the sum of its parts. There are excellent new-wave Greek wines from boutique producers.

Opso is neither wine bar nor café, brasserie nor bakery. Partly because of this, it feels uncertain of where its focus lies. But it’s a great place for savouring the more refined Hellenistic pleasures, and is a refreshing approach to Greek dining in London. Peel me another grape, would you?