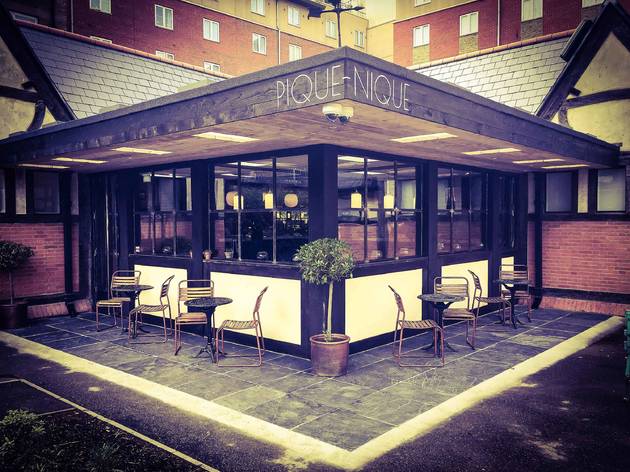 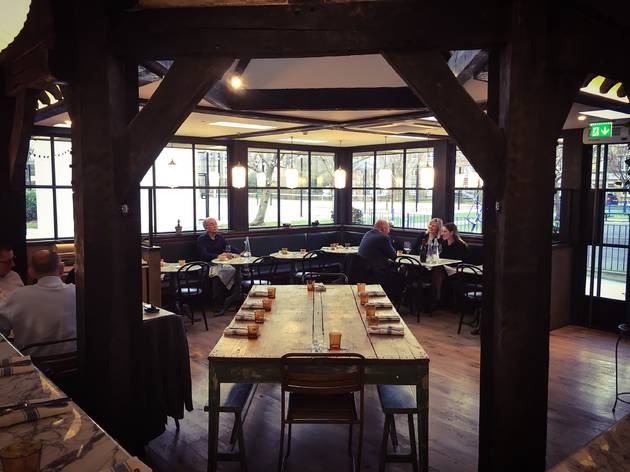 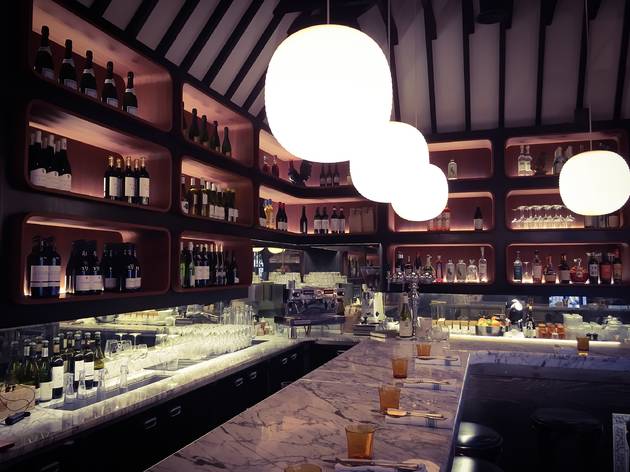 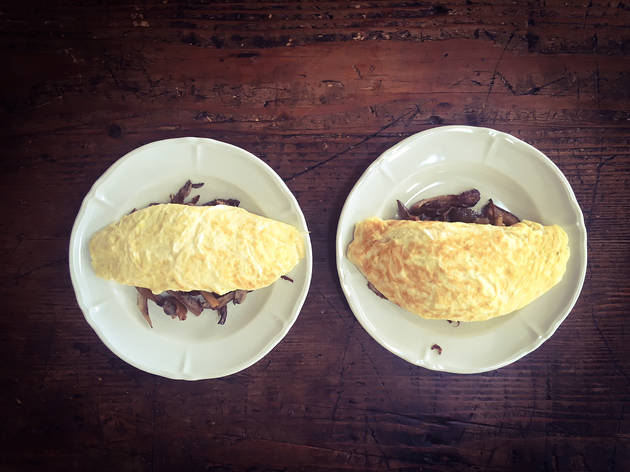 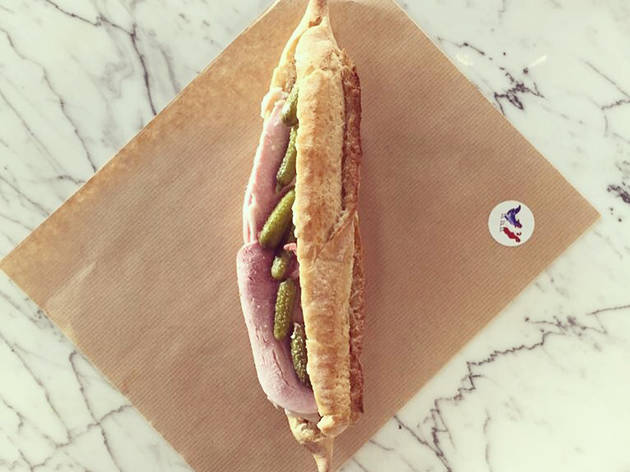 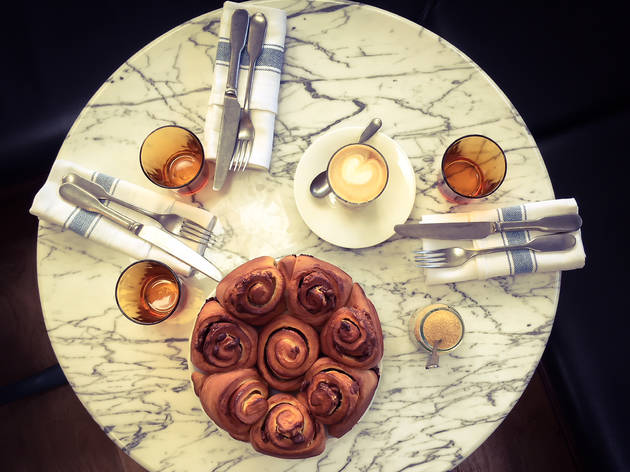 Pique-Nique is a charmingly traditional French restaurant in Bermondsey from the folks behind Casse-Croûte. It’s in an odd building – a sort of mock-Tudor outhouse on the edge of Tanner Street Park, with an intimate dining room, an open kitchen and a rather kitsch, 1960s-style bar. Staff are affable and wonderfully French, sometimes incomprehensibly so. Likewise the menu. If your lingo isn’t up to snuff, Google Translate could be useful.

The food here is gutsy, rustic and extremely comforting. The bread, ever a useful French litmus test, was wonderful: both crunchy and chewy and, even better, slicked with an outrageous chestnut butter. I started proper with a light, creamy stew of crab and crevettes, with floating dumplings of chicken meat. It was marvellous: paprika-flecked and deeply flavourful. So was an intense champignon consommé, half submerging a disc of girolle ’shrooms – both earthy as hell and terribly refined. Close your eyes and you could almost be in rural France.

Of the mains, ‘perdix, châtaigne and choux vert’ was best: the dainty partridge’s legs and breast served tender and pink, perched on top of a charred hunk of cabbage and under half a braised shallot. The châtaigne (chestnut) appeared twice: puréed and strung through the bird’s jus, and in miniature, desiccated and chewy. It was a mass of brown, in a good way; autumn on a plate and quite satisfying.

There’s no denying that this is almost anachronistic stuff. It’s also refreshing in its knowing ignorance of modish small plates and trendy ingredients, and commitment to old-school flavours. Bermondsey’s got another Gallic go-to.