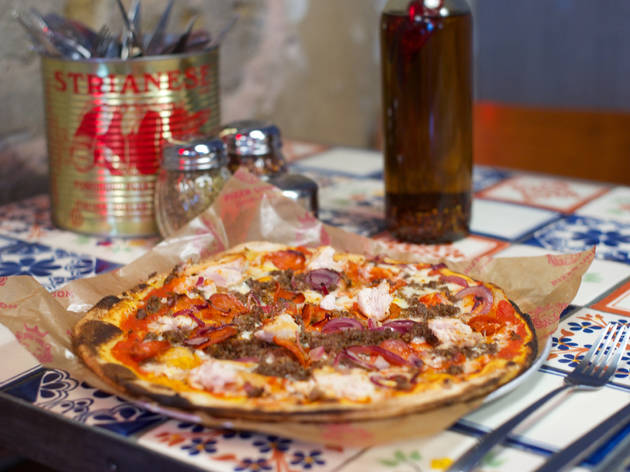 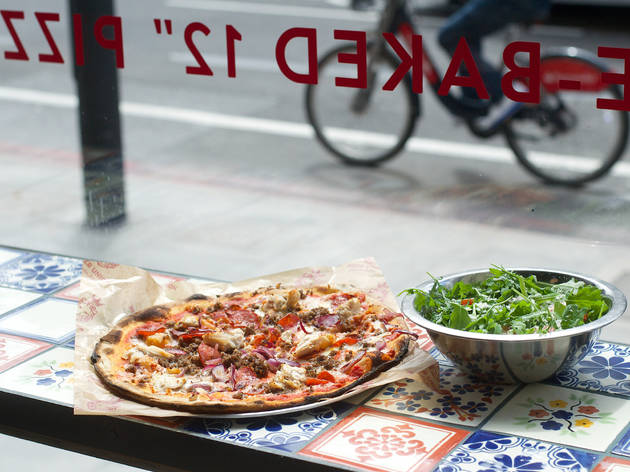 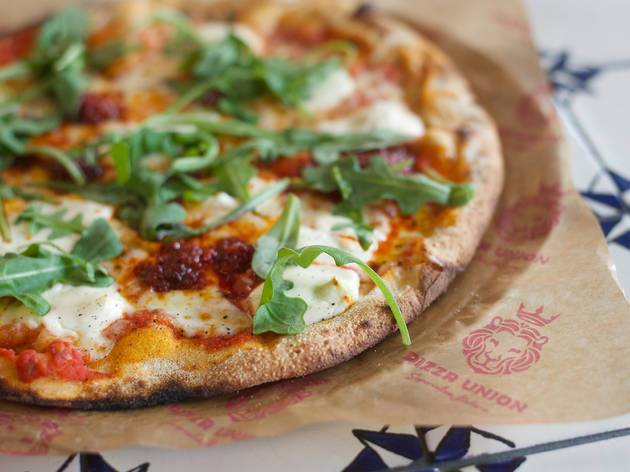 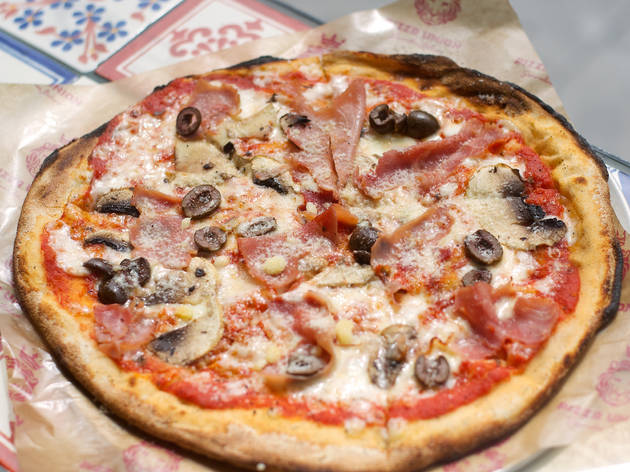 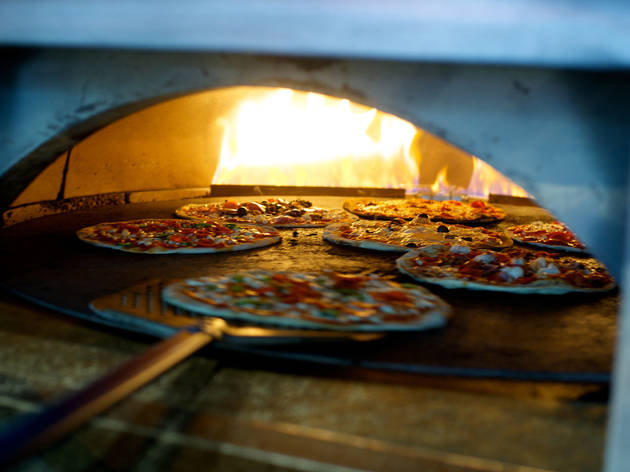 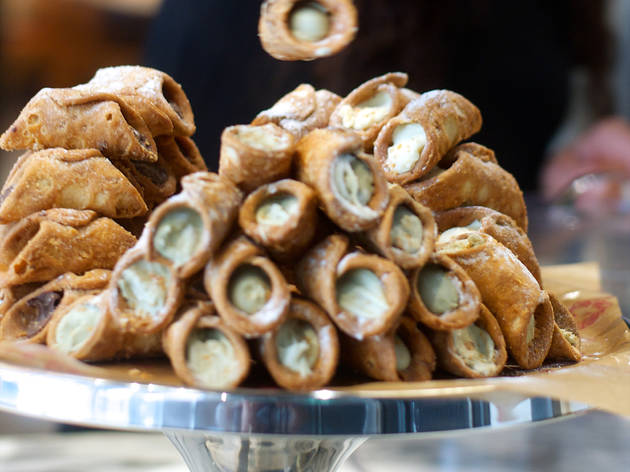 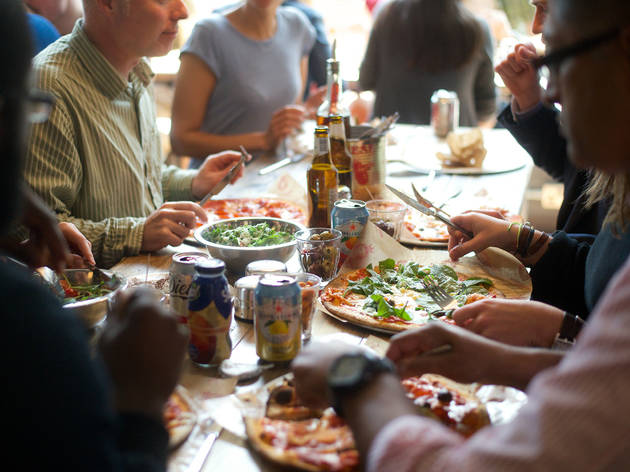 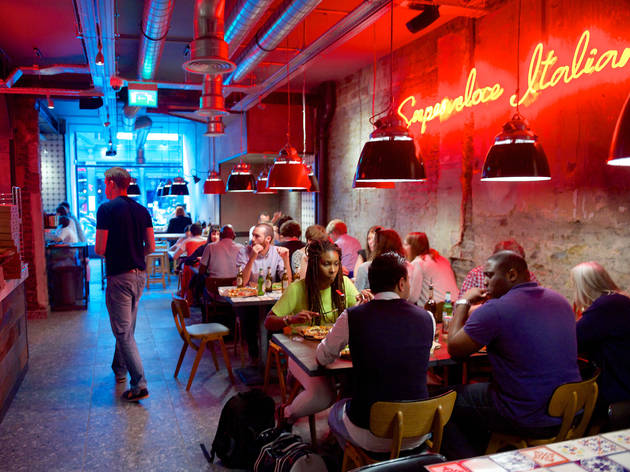 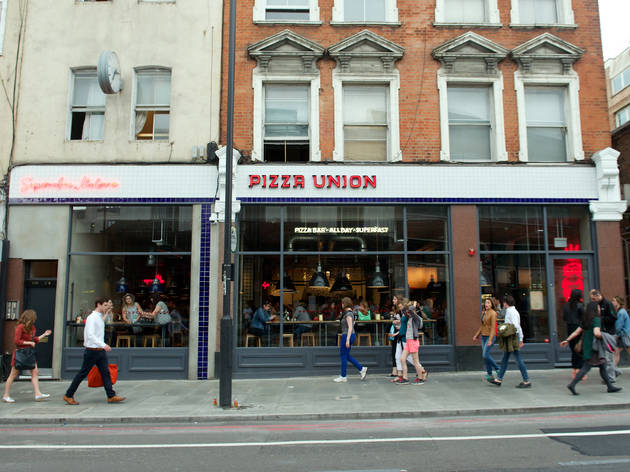 Billing itself as a ‘superveloce Italiana’, this industrial-looking canteen really does serve pizza pronto. It’s busiest at lunch, luring City workers and business students from the adjacent UEA London. A flashing buzzer summoned us to the counter to collect ours less than four minutes after ordering.

The menu lists all the classics alongside a couple of more recent immigrants, such as the bianca, free of tomato and with great rosemary and garlic pungency. Baked in the large igloo-like oven, the pizza bases we tried were uniformly thin and light with a crisp crust. The creamy mascarpone on a Toscana was a great foil to spicy Calabrian 'nduja sausage spread and peppery rocket. The still-runny egg yolk of a capricciosa was seasoned nicely by the salty capers and olives that accompanied it, although perhaps it could have been improved with a twist of black pepper.

Pizza Union isn’t ideal for intimate dates – the exposed breezeblock walls, ceiling vents, concrete floors, chipboard cladding and long wooden plank tables are a bear-hug embrace to industrial décor. But if you’re simply looking for good fast food, the pizza makes it a must if you’re nearby.