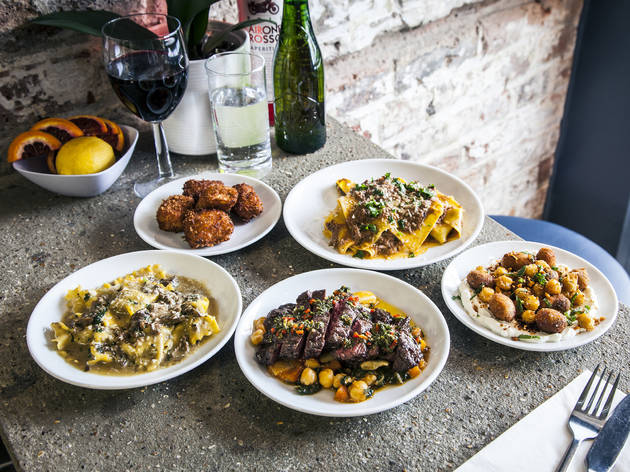 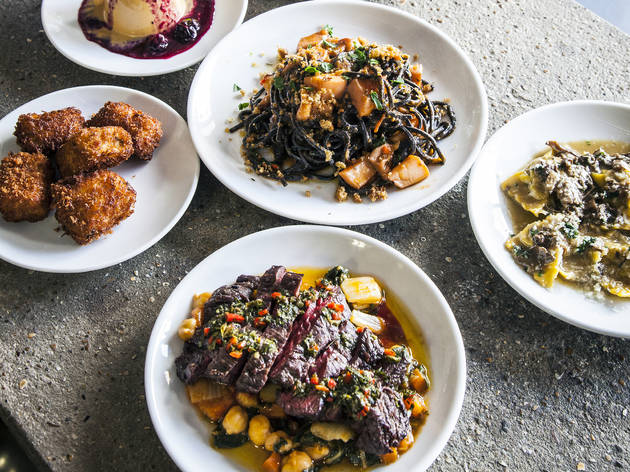 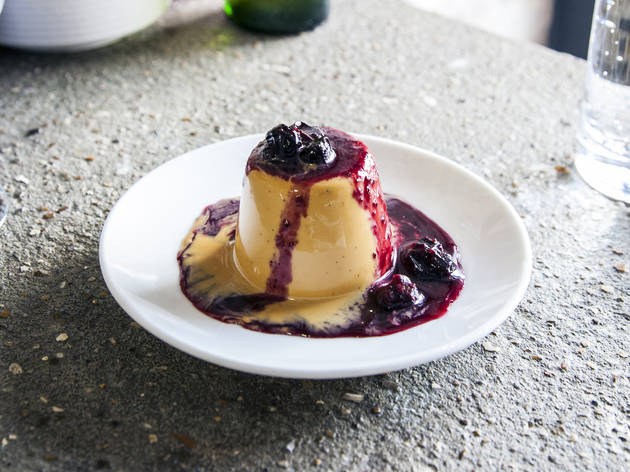 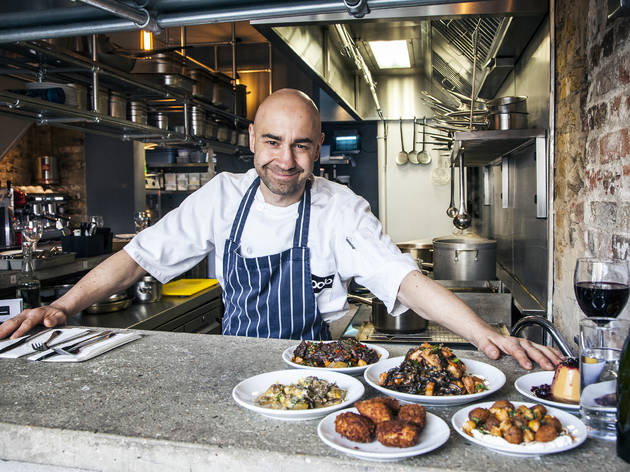 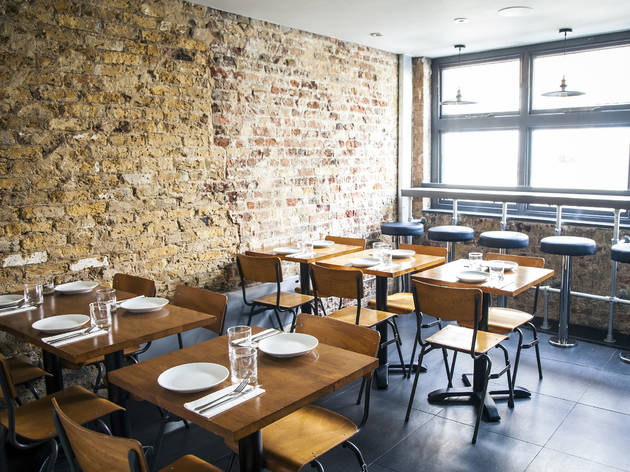 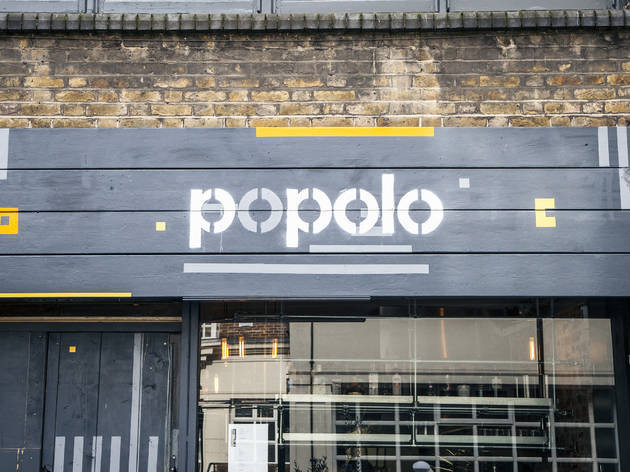 A small-plates Italian from a chef who trained under Theo Randall.

Listen up, peeps. Popolo is one of the most brilliant Italian restaurants to open in London in ages. The kitchen has the small-plates creativity of Bocca di Lupo, the commitment to ingredient quality of the River Café and the borrow-from-the-Med-and-Middle East approach of Morito. All this on a Lilliputian site – just 16 seats at the counter, four at the window, the rest at tables upstairs – where the Saturday night soundtrack was gangster rap (low-level, radio edit variety: you can still bring your mum). The floors are concrete and the narrow counter a kind of rough grey stone that made me want to pumice my face with it.

Anyway, the food. It’s stunning. Dishes are, paradoxically, both plain and complex at the same time: on a snack plate of just labneh, olives and chickpeas, the seasoning was a house-made dukkah and the olives had been deep-fried. Specifically, ‘pane’ breaded (that is, dusted in flour, rolled in egg and a coating of fine breadcrumbs) and then deep-fried. You bite into the crunchy shell and lo – there’s a jewel of shiny, purplish kalamata inside. It’s a premium olive, gutsy and briny. The warm, crunch-coated foil to a cool, creamy canvas. And that’s just a snack.

Pasta – in dainty, tapas-sized portions – was cooked to al dente perfection, the sauces invested with depth and intensity. There were wide folds of pappardelle layered with homely hare ragu and pinched little parcels (agnolloti) filled with slow-braised, achingly tender shoulder of veal. The technical prowess here betrays the classical training of head chef and co-owner Jon Lawson (an ex-kickboxer, he came to cooking late in life, training under Theo Randall). Iberian influence comes from Lawson’s Spanish mama: if there are croquettes on the menu, snap ’em up. Each shell was tantalisingly crisp, its centre silken. Opening one up is a bit like cracking an egg.

Even a simple grilled bavette – terrific value at £12 – was that little bit special. At Popolo, they marinade the meat for up to two days, so the juices are ‘drawn out, then all the way back in again’. The steak is then chargrilled and sliced, laying bare its shimmering ruby innards. Over the top was a fragrant, zingy chimichurri (parsley, oregano, garlic, chilli, red wine vinegar, olive oil). Underneath, a mattress of wilted cavolo nero and morsels of sweet, melt-in-the-mouth celeriac.

So it pains me to note that service, though genial, tailed off as the night wore on. If you’re going to have counter chefs who focus on the cooking (perish the thought!), then you need a server that’s, you know, ‘around’. I didn’t quite bang my fork, shouting ‘bring out dessert! It’s time for dessert!’ but I thought about it. Still, that’s a simple fix. What they can’t easily remedy is the lack of legroom at the counter: the unavoidable consequence of a restaurant this skinny. So if you’re with someone who pays for the emergency aisle on Easyjet, consider the tables upstairs. Just don’t let it put you off. Go to Popolo. Immediately.