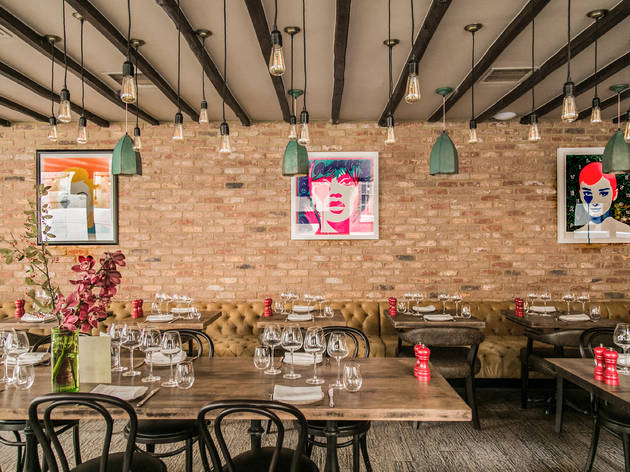 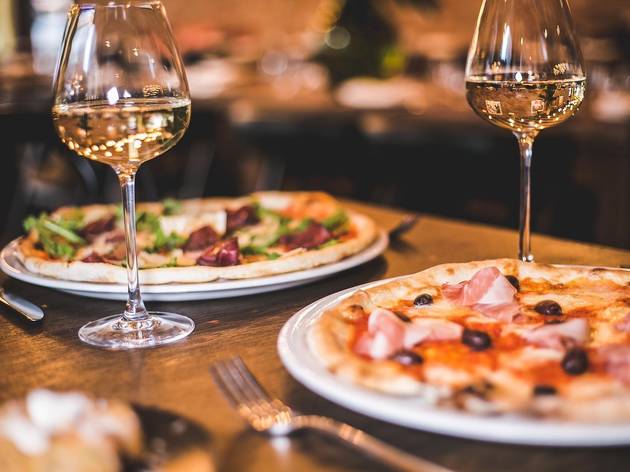 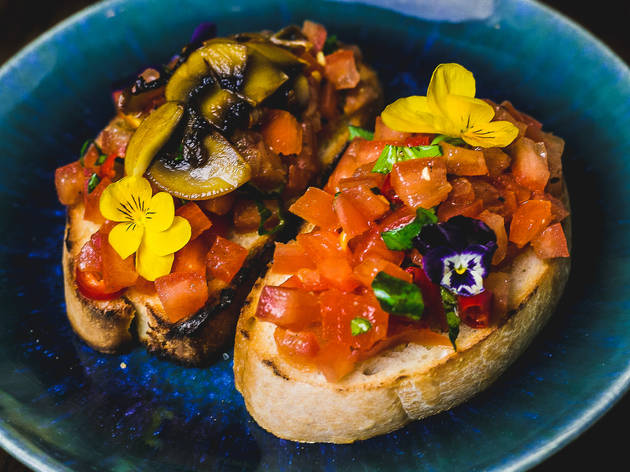 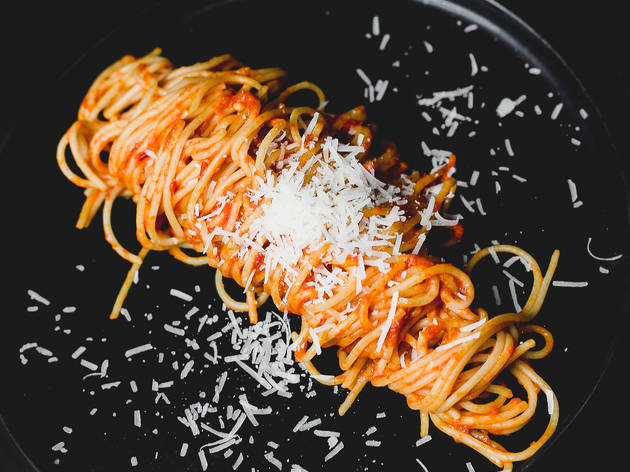 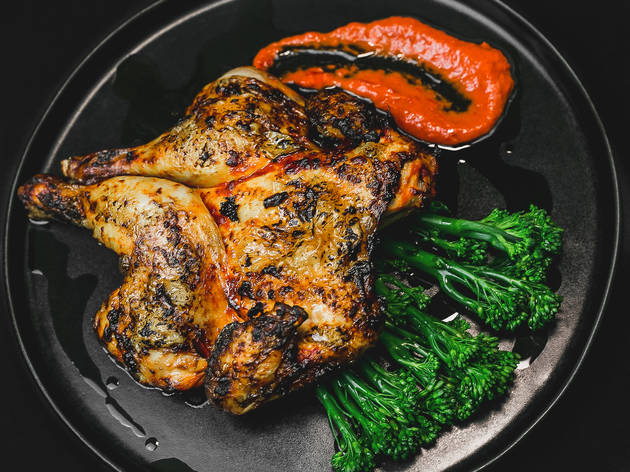 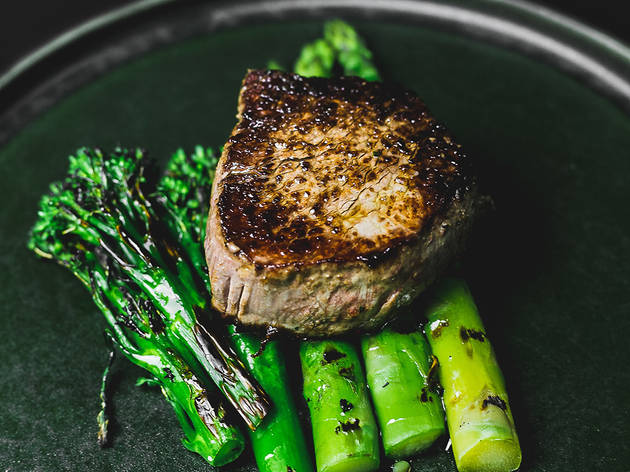 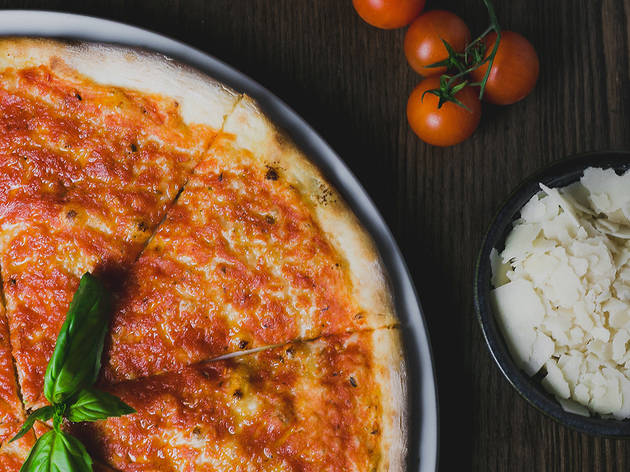 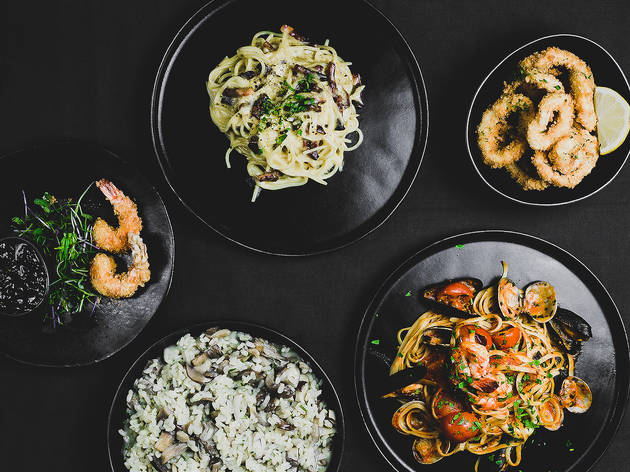 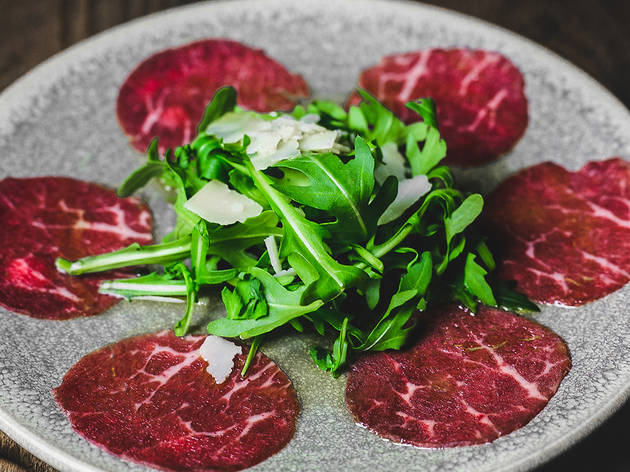 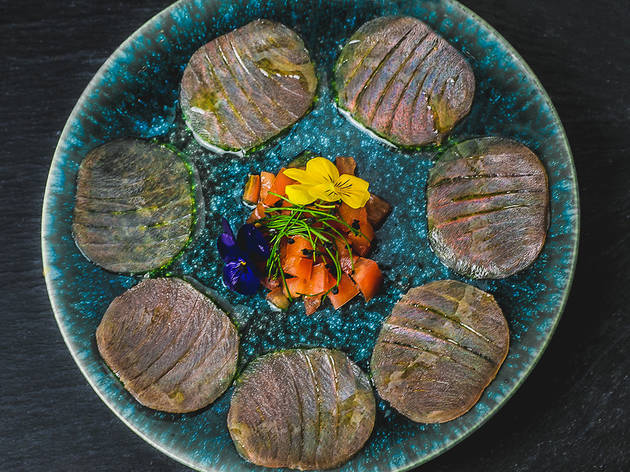 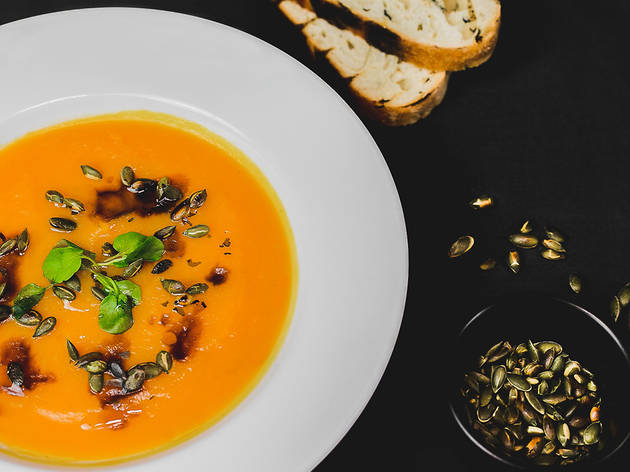 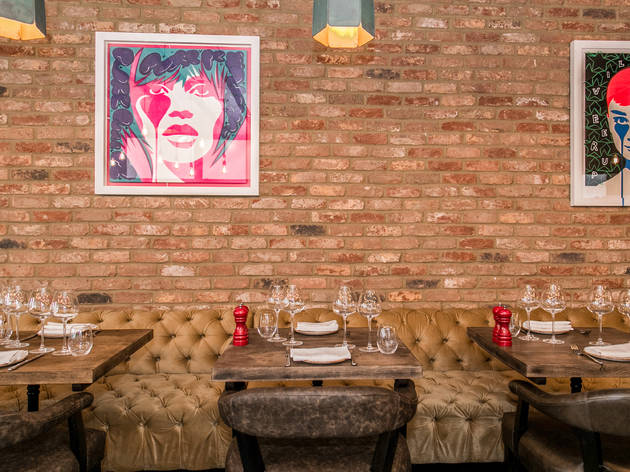 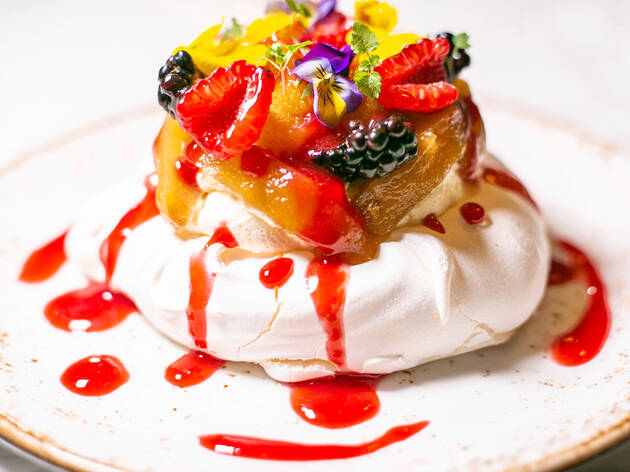 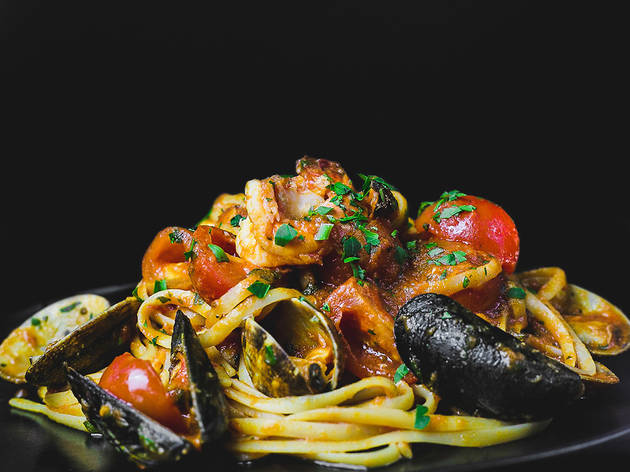 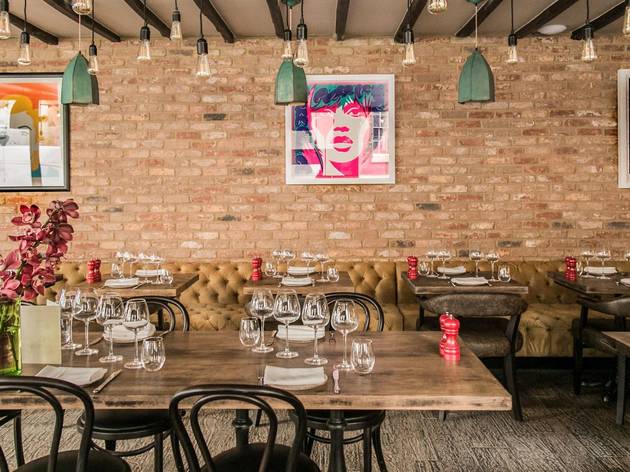 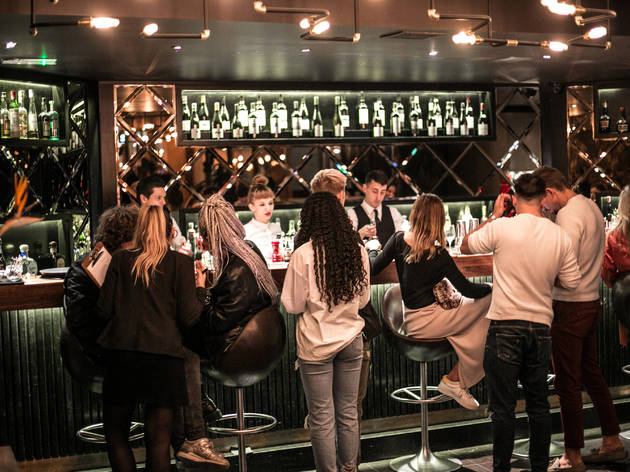 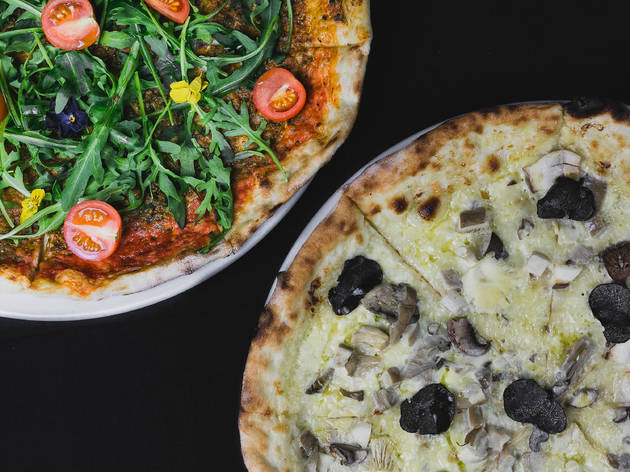 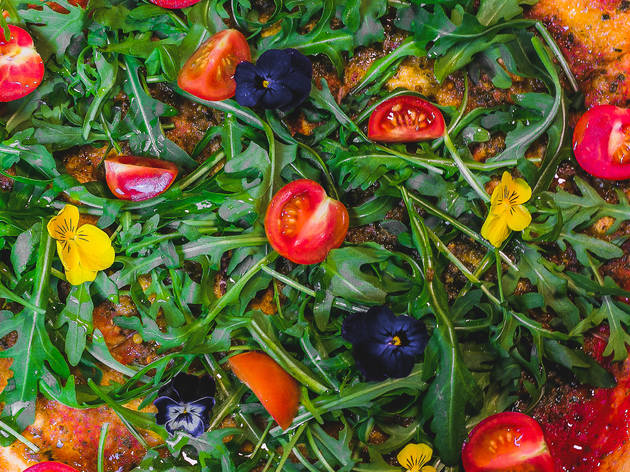 A Mediterranean- Italian restaurant specialising in pizzas and small plates.

Though the original Pucci on the King’s Road closed down a couple of years ago, a swanky new version of the pizzeria has been reborn in Mayfair. The look is very ‘Brooklyn loft’: bare brick walls dotted with pop art, naked light bulbs and plants ‘casually’ propped up in every corner. The thumping music from the bar area drifts over to add a bit of extra vibe. The menu is Italian with a hint of the Med (labneh, barbari bread, calamari), a combo that sometimes misses the mark. Prices are, for lack of a better word, pricy, but that is to be expected in this postcode – the ’nduja pizza tops out at an enthusiastic £18. If that’s too dear, try the garlic pizza bread (£8). Its thin, crisp, Roman-style base will win you Marie Kondo points for minimalism.

There are decent small plates, like croquettes stuffed with oozing parmesan and prosciutto, or pulled beef brisket, the jus-drenched meat served over a silken mound of houmous and topped with roast chickpeas. Or courgette fritti, served in thick discs (rather than the usual matchstick style), so you keep plenty of that veggie taste alongside the deep-fried batter. You can have a good time here, just preferably not with your own money. Our tip? Stick to the pizzas: it’s what they do best.

Pucci says
Pucci Mayfair serves a tantalising modern menu of rustic seasonal plates showcasing flavours from Italy alongside the classic pizza’s with which Pucci is synonymous. With its entrance on Maddox Street, Pucci Mayfair also boasts an outdoor heated street-side terrace for alfresco dining, or aperitivos, boasting the charm of a traditional Italian bistro.

Pucci Mayfair is a modern and exciting revival of one of the most iconic and celebrated restaurants in London dining history. For 40 years, Pucci Pizza on the King’s Road served authentic southern Italian pizza to models, rock stars, actors and aristocrats in a vibrant and decadent restaurant.

Embracing the spirit of dancing and dining; Pucci Mayfair is perched above Maddox club. As well as enjoying music and sounds from our resident DJ from 8.30 pm , Pucci offers guests a chance to dine at the restaurant before a night of dancing.
Pucci has also adopted the artistic flare of its new location. Mayfair is home to some of the capital’s most prominent art galleries. Pucci has taken part in the London design festival and has also featured the work of several artists on its walls – collaborations include God’s Own Junkyard, Pure Evil Gallery and designs from Anna Laurini.

Pucci Mayfair captures the zeitgeist of our time, as it is a hybrid of all things and is more than just a place to dine. It has become one of Mayfair's top hangout places.