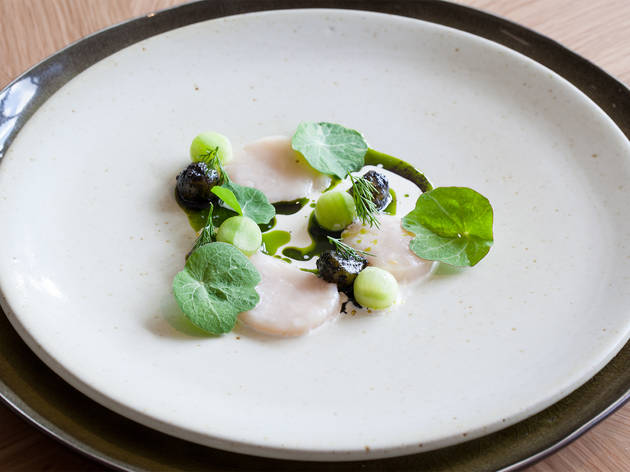 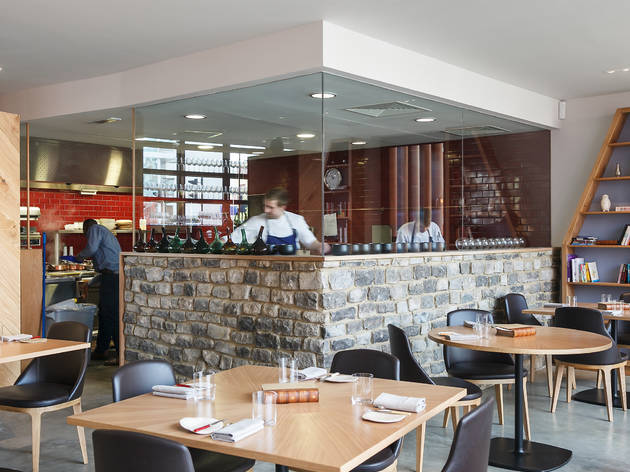 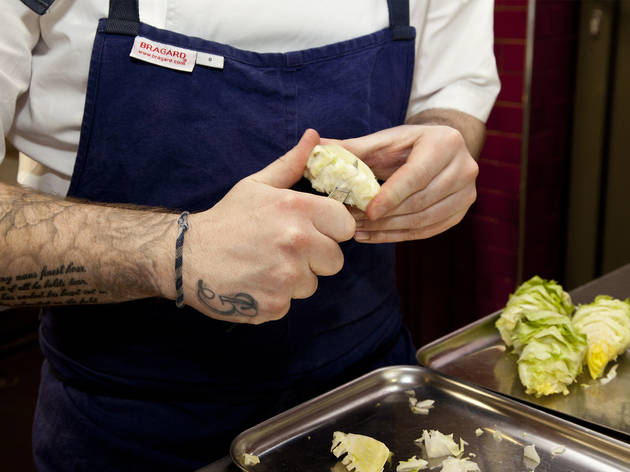 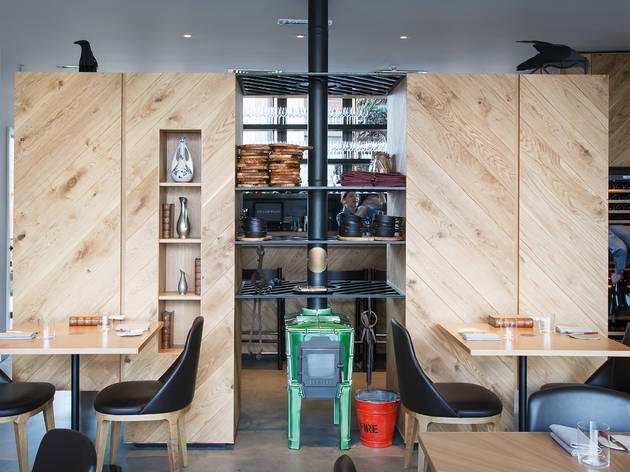 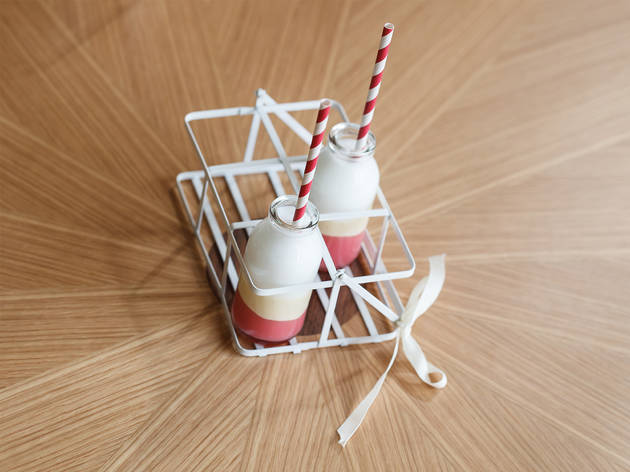 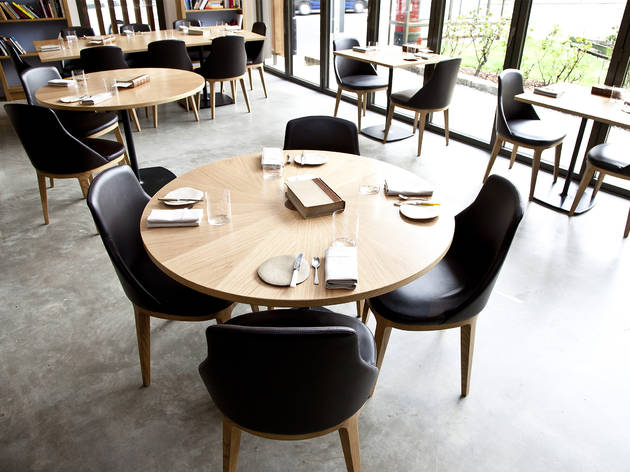 The rapid succession of small, artfully crafted dishes at this Bermondsey outpost of modernist cuisine is playful, but the artistry’s not mere gimmickry.

Please note, Restaurant Story has been re-furbished since the below review was published. Time Out Food editors, April 2018.

The anthropologist Claude Lévi-Strauss, best known for his book ‘The Raw and the Cooked’, made the observation that our food needs to be more than just ‘good to eat’ – i.e. safe, tastes okay, and feeds us – but also has to be ‘good to think’. By this he meant we had to enjoy and appreciate the story, the ‘meaning’ behind it. That is why we value the vegetables we grew ourselves more than those from a supermarket, and why we pay more for organic meat from a farmer whose story we trust, than we do for a similar food product from a faceless corporation.

Tom Sellers understands the value of a good story. His CV includes years (not just weeks) working at Noma, Per Se and Tom Aikens, though that in itself isn’t unusual in the world of fine dining. But this 26-year-old tattooed chef’s tale includes a few London pop-ups and guest appearances before he has finally put down roots at this purpose-built restaurant in Bermondsey, where a Victorian toilet block once stood.

Sellers’s time in Copenhagen has clearly had a big influence: the sparse and natural wood interior looks Scandinavian. But more than that, the menu shows strong New Nordic influence, with other styles that can broadly be called modernist. Think along the lines of Dabbous, Aikens, even Blumenthal, and you’d be on the right track.

The rapid succession of small dishes is playful, evoking childhood memories. The ‘bread and dripping’ is a loaf served with a lit candle made of beef dripping; as the tallow melts, you dip the bread as if it’s melted butter. Tiny ‘milk bottles’, served in a dolls’-house milk crate, contain a dessert of rhubarb, custard, and a hit of sherbet at the bottom, eaten through striped straws. A second dessert of ‘three bears porridge’ has one too sweet, one too salty, and one just right.

The artistry’s not mere gimmickry. Raw scallop is sashimi-grade, cleverly paired with the charcoal-like tang of dill-scented cucumber ash rolled around balls of fresh cucumber. ‘Burnt onion’ – actually more caramelised on one side – has a juniper-sharp gin dressing poured over it. There are three tiny, beautifully crafted  appetisers, comprising bright nasturtium petals, crisp cod skin and rabbit presented like tiny fish fingers.

This Story likes to play, but both wine list and service needs more gravitas when such weighty prices are charged. One of our glasses of wine smelled corked. Our sommelier argued that it couldn’t be corked, on the grounds that he couldn’t smell it (though we definitely could). But this left the only bad aftertaste in what had otherwise been a magical meal.

NB we were told that bookings are being taken one month ahead; in May, you’ll be able to book for June, and so on.