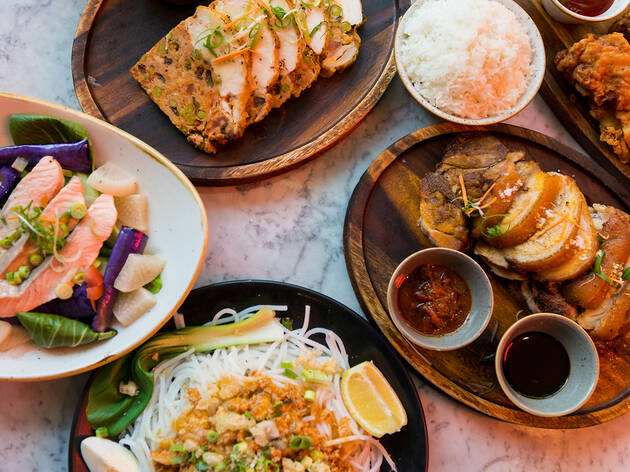 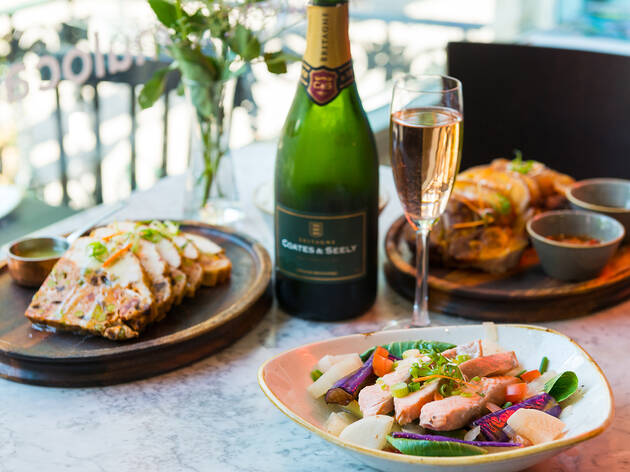 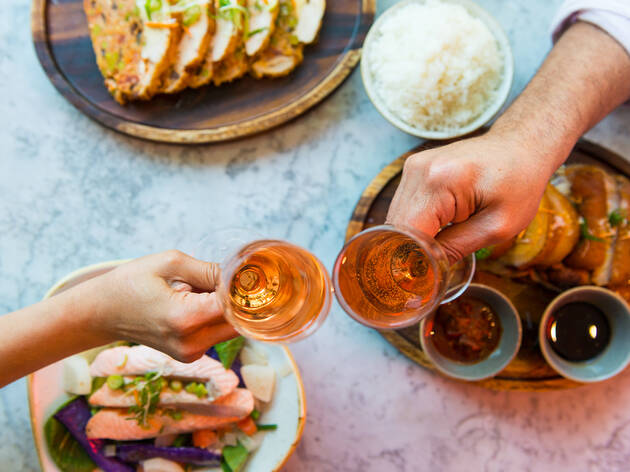 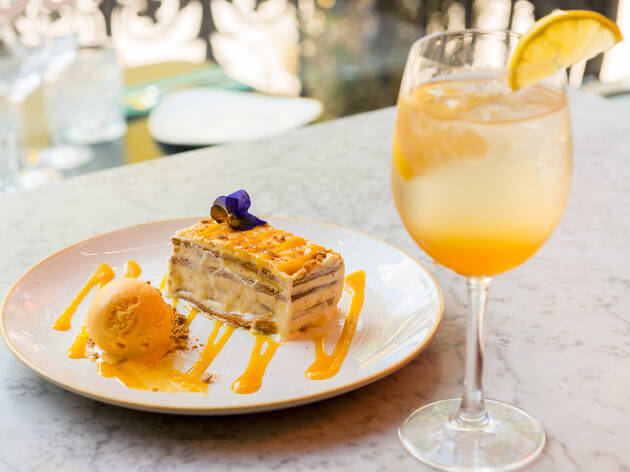 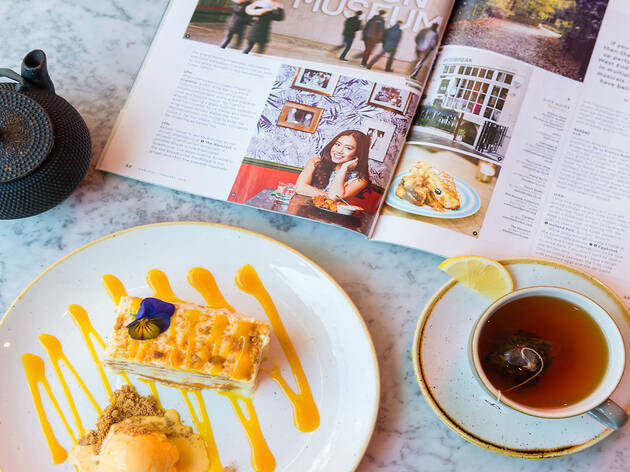 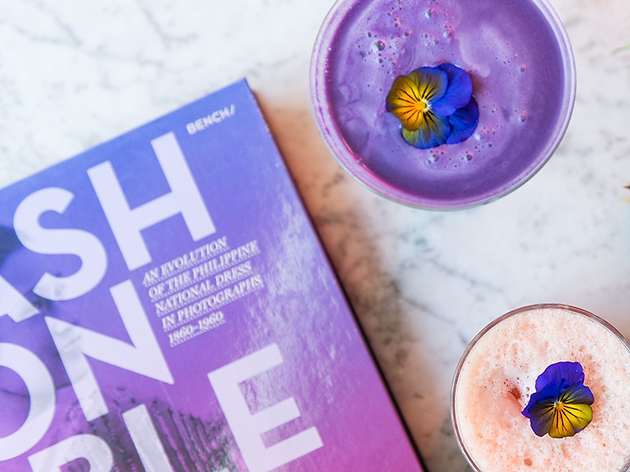 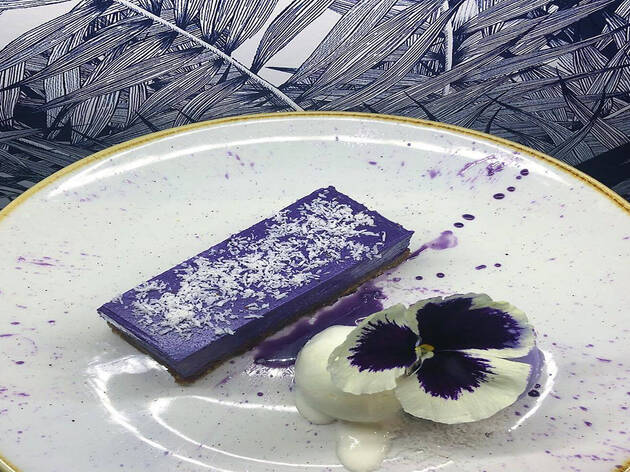 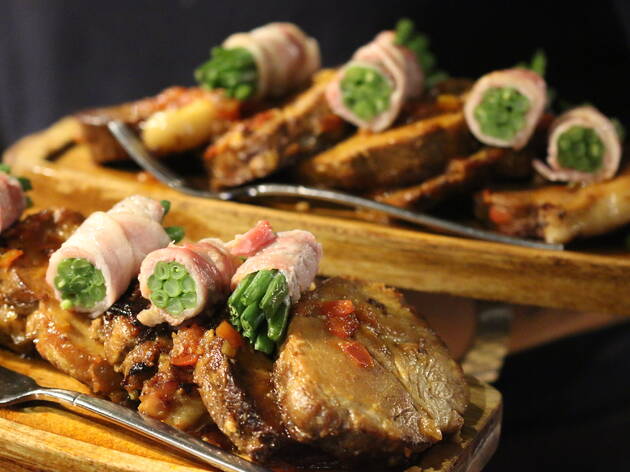 A Kensington restaurant straight out of the Philippines.

Filipino restaurants in London? Rarer than hen’s teeth. There’s Josephine’s in Soho, a couple of interesting pop-ups and that’s about it. It’s a slightly odd cuisine – a meat-heavy mishmash of Spain, Malaysia and China – but it’s becoming popular in the States and where they go we often follow. Well, bar the really bonkers stuff like corn dogs and Easy Cheese. And guns.

This good-looking Kensington restaurant is the first foray from a small group with branches over in the Philippines. It takes its name from the grandfather of one of the owners, General Carlos P Romulo – former diplomat, statesman, soldier, journalist, publisher, author and sometime president of the UN General Assembly. Not a bad CV.

I think he’d approve of the food here, not least the huge portions (he must have worked up an appetite). On my visit, the only flaw was that the short ribs were slightly overcooked, but they still came with a whack of flavour and a gorgeous honey, soy and garlic glaze.

Everything else was a joy, especially the classic dishes. Pork sisig is usually made with pig’s face (including the snout) but here they use pork belly, chopped, seared and topped with fried egg, pickled apples and caramelised shallots. It was excellent. As was their take on Filipino adobo, with chicken and pork belly marinated and cooked in vinegar, soy sauce and garlic.

Service was hugely warm, and the atmosphere fun: when was the last time you saw two tables clapping a twerking child? I’m pretty sure that happened.

Romulo Café says
Sisig and sinigang, kare-kare and lechon kawali. Romulo Café's mission is to make Filipino dishes like these known to all.

Romulo Café is named after the Philippines’ most decorated statesman and run by his descendants who created a successful chain of stylish Romulo Cafés in Manila. In their first international branch in Kensington, Filipino chef Lorenzo Maderas is faithful to the Romulo family’s heirloom recipes but occasionally wields a license to innovate. The result? An elegant, delicately-balanced homage to the Spanish-American-Chinese-Malay roots of a unique cuisine. Filipino-style cakes and desserts are created in-house (and available to order).

Those in search of a culinary adventure will do well to come along and discover why Filipino food is the last word in global cuisine, combining the delicate, fresh flavours of Asia with an American zest and European sophistication.

Filipino food is a mesmerizing combination of four culinary traditions – Spanish, American, Malay and Chinese. From Tatler to Time Out, Harden’s to Square Meal, arbiters of good taste have come to enjoy Romulo Cafe’s appetizing bar food, main courses to share, healthy options and desserts or ‘puddings’, including our famous home-made ice cream.