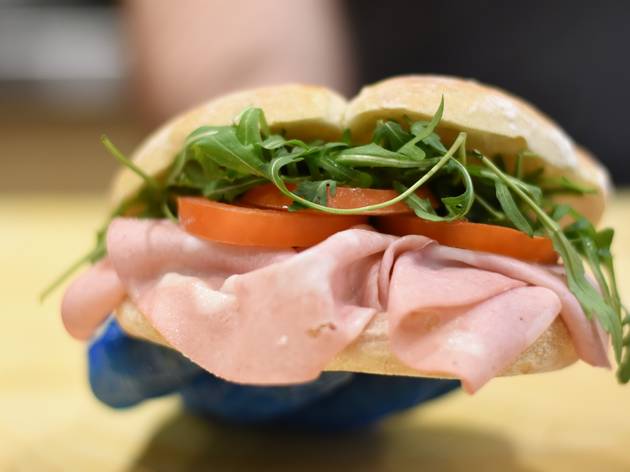 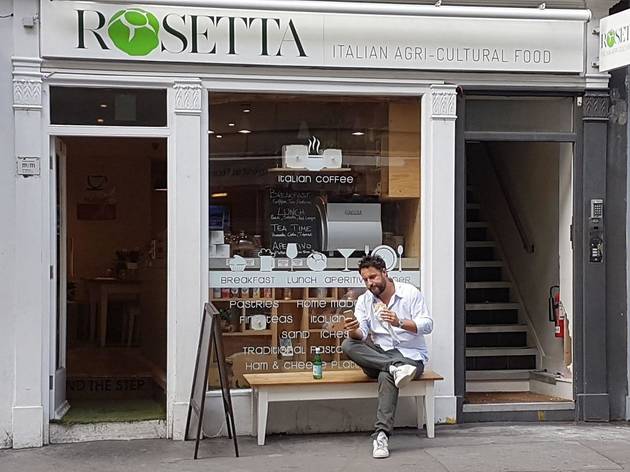 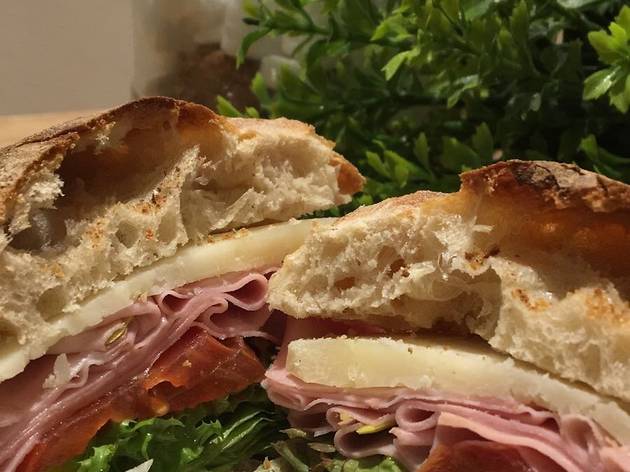 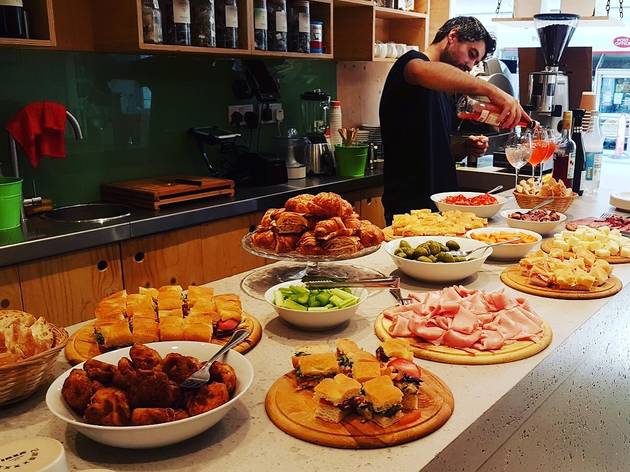 A slightly bonkers but eminently likeable Italian restaurant serving cheap eats in the centre of town.

There’s a charming eccentricity to this new deli-cum-café on King William IV Street. Its slightly baffling tagline is ‘Italian agri-cultural food’, which seems to roughly translate as food from a number of farms across Italy – including Rosetta’s own Azienda Agricola Pizzavacca, near Cremona. The upshot? A great new central spot showcasing Italian produce of exceptional quality.

First impressions probably won’t draw you in. The decor is apparently aimed at recreating the contemporary rustic aesthetic of the farm back home. Which in this case means bare plywood (you can still see the chippy’s pencil marks) and a strip of AstroTurf. TV screens with the sound muted tell the farm-to-fork story, and oddly empty herb pots lining the walls make it feel very much like a work-in-progress.

But who cares when the food is this good? A platter of parmesan, grana padano, pecorino, taleggio, Parma ham, prosciutto and salami was eyebrow-raisingly impressive – the meats particularly so. Best of all, though, were the sandwiches, made with the north Italian rosetta bread that gives this place its name. We enjoyed the nutty flavours from a Roberto (baked ham with artichoke cream) and the sweetness of the Giovanni (porchetta with onions and cream), but it was the Giuseppe that topped the lot: so simple, just superb anchovies and sweet, unsalted butter. They made perfect pals for the astonishingly good bread. The platters cost £15, and the sandwiches between £4.60 and £6.10. They are not huge, but are truly a marvel.

The only downer came from salads bonkers enough to be amusing. A Cagliari had flavoursome pumpkin purée and more of that pecorino cheese, but both were lost in a harvest’s worth of thickly sliced carrots. A Roma salad (lettuce, rocket, pecorino and apple) was fine but, like the Cagliari, cried out for some kind of dressing. Instead, it had to make do with yet more sliced carrots. A lovely, home-style jam tart to finish brought things back to normality.

There’s no getting past the fact that this place is more than a little idiosyncratic. It’s also, however, very likeable. When it comes to high-quality Italian produce, they sure know where to go. Add to that a low-priced list of interesting wines and you’re looking at one of the outstanding budget eating places around Trafalgar Square.