Decent chips and gravy are something you can rarely get in London. Northerners who’ve migrated south often bemoan the capital’s serious lack of the good sauce to slather on your spuds, which is typically confined to northern chippies or KFC. Although chips and gravy aren’t the main item on the menu at Rotorious, it's certainly worth going there to scoff them.

Heading up Rotorious, the new audaciously named rotisserie chicken joint at Market Stalls in Peckham, are brothers Adam and Sam Reid, neither of whom come from a foodie background. If you peer behind the bar, you can see the poultry slowly spinning as it sizzles under the heat. They’ve ditched the traditional lemony, herby seasoning à la française, instead smearing the chicken with their signature Caribbean-inspired rub that they developed in their back garden, and are now bringing to the south London masses.

The setting is nice enough, if a little sterile. Rotorious is part of a new food complex (shared with Forza Wine and Mambow) which has a vintage clothing store downstairs, and a co-working space and gym upstairs, which explains the pseudo WeWork vibe. So far as food markets go, it’s pretty small, but there’s also a Peckham-y courtyard out the back that shares its graffitied walls with the beloved Bussey Building smoking area.

Having accidentally over-ordered chicken portions in the past, I grabbed the quarter rotisserie chicken, which wasn’t quite enough. The chicken was simple but seriously delicious. The impeccably seasoned poultry – a free-roaming Norfolk White – had just the right amount of salt, tanginess and aromatic spices, finished off with a zingy squeeze of lemon. By the end I was gnawing on the bones trying to get to the final scraps of the meat.

Dipping a forkful of moist, melty chicken thigh into the spicy gravy felt seriously indulgent, and I’d recommend getting bucketfuls of the sauce (they offer unlimited refills) to drench your food with. For sides, we took the lot, enjoying a feast of coconut rice, fries, red cabbage slaw and mango salad. A bad chip is a demoralising thing, and here, the chips do not miss. The skin-on fries were perfectly crisp, well-seasoned and had a fun sprinkling of spring onions on top.

If I’m being picky, the red cabbage slaw could have done with an extra kick, and the mango could have been softer, but it was lovely and sweet, cut through with a sharp lime and coriander dressing.

My friend offered me a generous bite of his chicken sub roll, which was stuffed to the gills with shredded chicken, slaw and a generous helping of mayo and gravy. The pillowy bread from Crusty Loaf Bakery was the ideal soft, sub roll that didn’t have the kind of overly robust crust that chaps the roof of your mouth when taking a big bite. The sandwich also gets bonus points for retaining its structure when being devoured.

As for the drinks, its a dependable list of recurring fan favourites: Beavertown beers, margaritas, aperol spritzes and negronis. I had a straight up marg to begin, served in a plastic cup befitting the communal dining setting.

Rotorious offers up cosy food that could easily straddle a summer or winter menu. There are scarce items for vegetarians on the short menu, but herbivores can always order from one of the other vendors in the market. Making their first foray into hospitality, the Reid duo have taken the smart route of a few simple items, done really well.

Time Out tip Order half a chicken if you’re hungry. 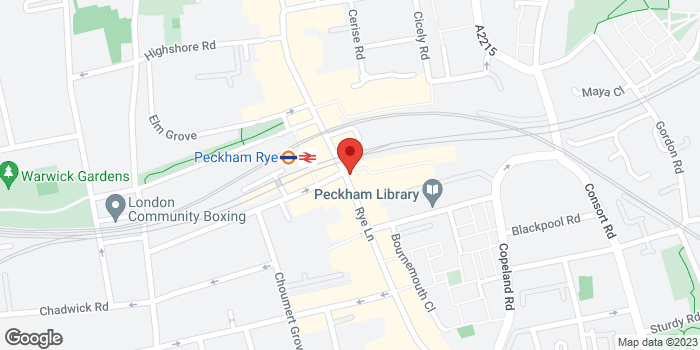