Roux at The Landau 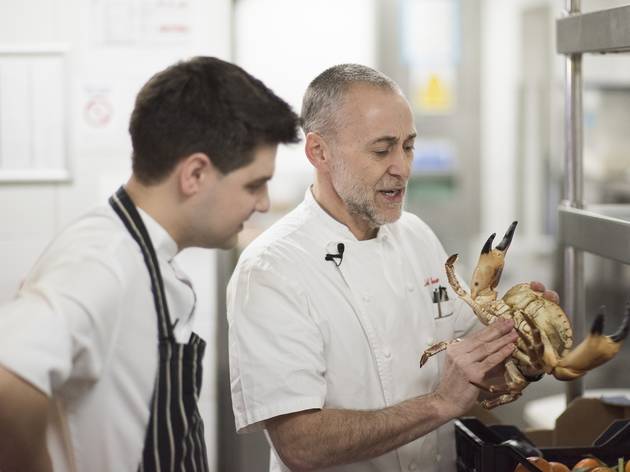 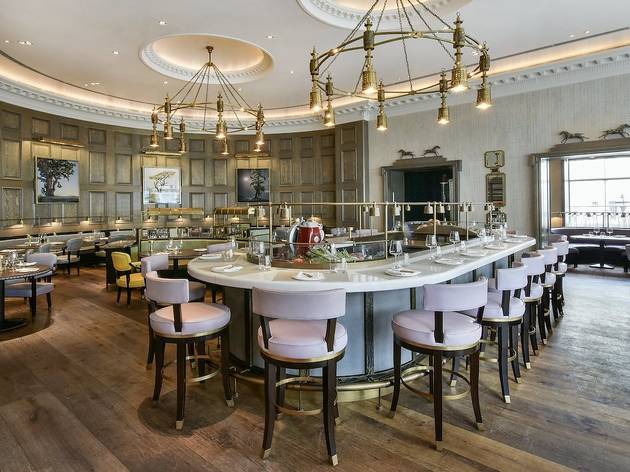 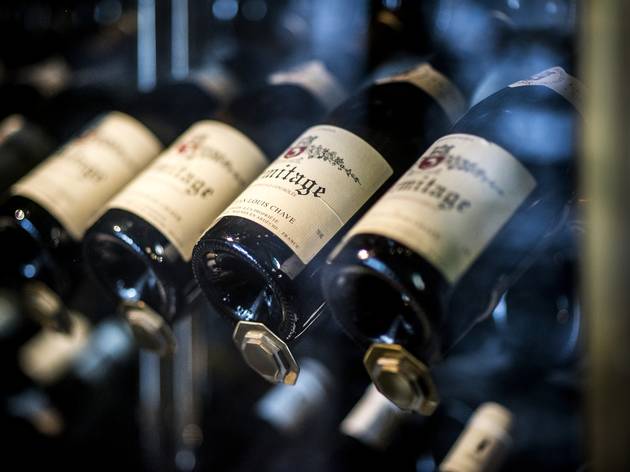 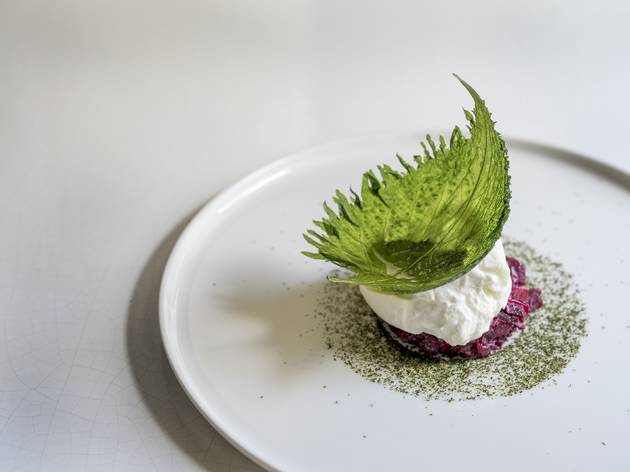 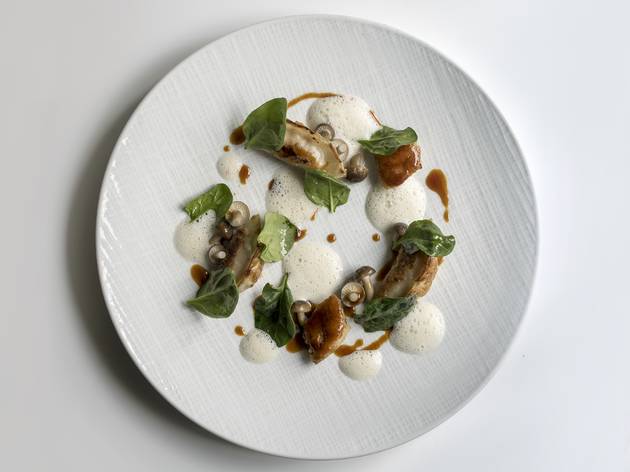 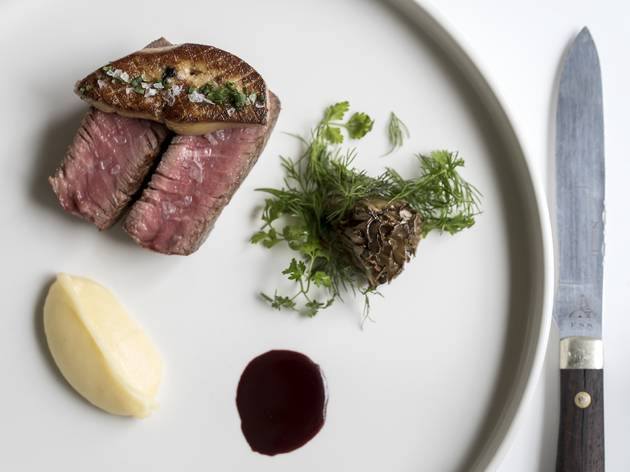 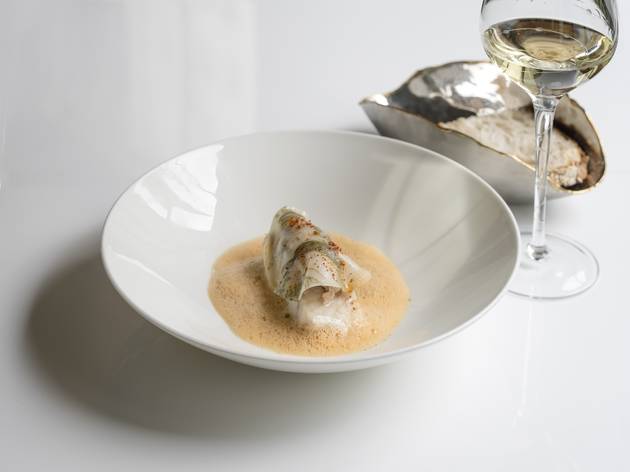 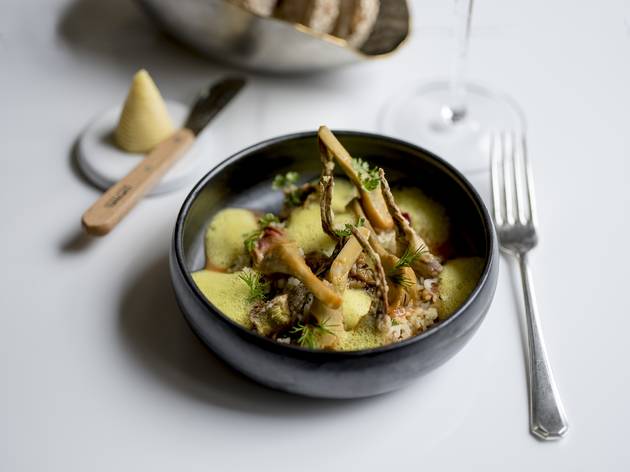 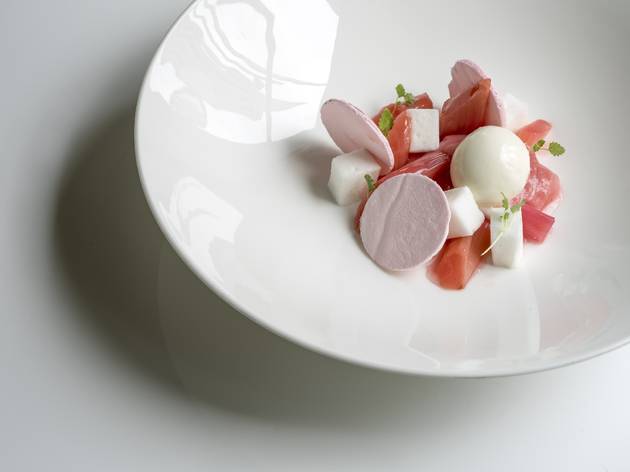 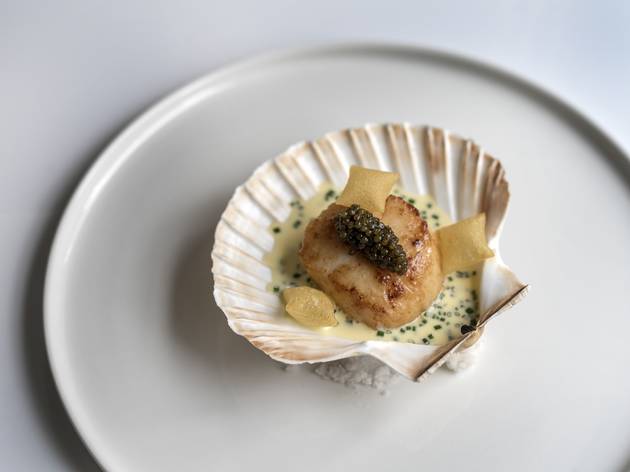 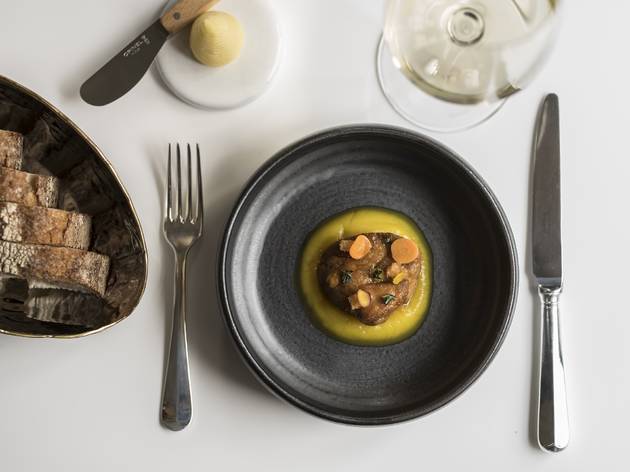 A fancy modern European joint at the Landau, with a menu by Michel Roux Jr.

There’s no denying it: Michel Roux Jr’s recently refurbed restaurant at the Landau hotel looks SLICK. There’s the ostentatious glass cheese larder and vino store you amble past on the way in. Ceiling-height wood panelling and fancy-schmancy cod-Oriental artwork. A marble counter bar and light fittings pinched from a medieval torture chamber (possibly). It’s resplendent in a busy sort of way. A bit like the food.

The meal began well, with an excellent florette of San Daniele prosciutto – soft, salty, the fat just glistening at room temperature. I’d have wolfed the whole leg. A starter of Cotswold White chicken ravioli with girolles, peas and tropea onion was an umami-heavy plate that tasted uncannily like – and there’s no neater way to put this – your average home-cooked roast dinner with some added Marmite. It was far more gratifying than the nori-wrapped trout roll, however, which was dominated by splodges of perfumey, bitter yuzu, with the seaweed lacking crispness.

Mains were similarly mixed. Wild sea bass with trompette ’shrooms and summer veg saw well-cooked fish and sparkling sweetness from the seasonal beans and peas but it was swimming in a sauce that went way too heavy on the saffron. There was a luxury to its ferrous, honeyed flavour, but the fish was again overpowered. Better was a plate of roast quail with corn, little gem lettuce and truffle; getting crisp skin and succulent flesh off a bird as Lilliputian as the quail is no small feat, and the liberal shavings of truffle brought the plate together with a heady olfactory wallop. Puddings were nothing to write home about: cheffy amalgams of cream, caramel and chocolate in various whipped forms that vanished from the memory as quickly as they left the plate.

Overall, a tough one to call. This is finicky, slightly homogeneous modern Euro fare at sky-high prices, and probably just what the Landau demographic is after. As for the rest of us? Swerve the fish and plump for poultry, and there’s a lot to enjoy.

The new central counter has displays of charcuterie and shellfish to be enjoyed as starters during a less informal and speedy meal.

The menu also features a vastly extended wine list, offering precisely 525 varieties of both New and Old World wines, available in its entirety by the glass.

The restaurant’s private dining room accommodates up to 18 people.