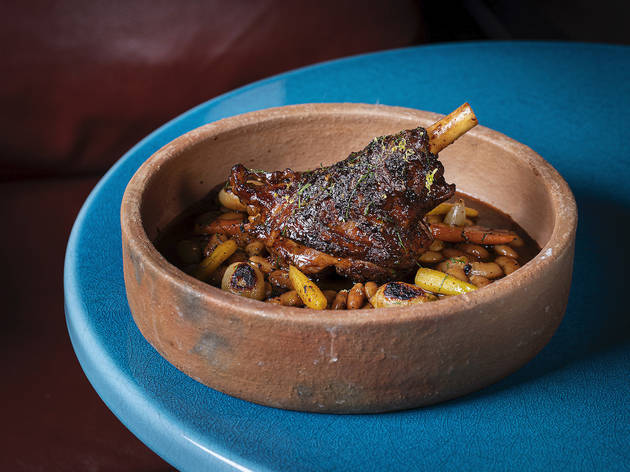 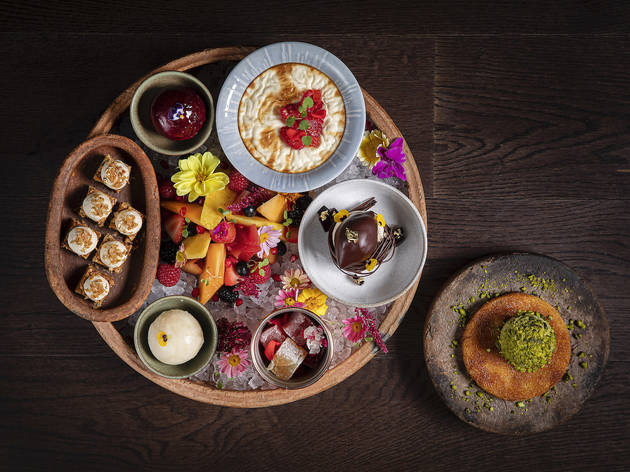 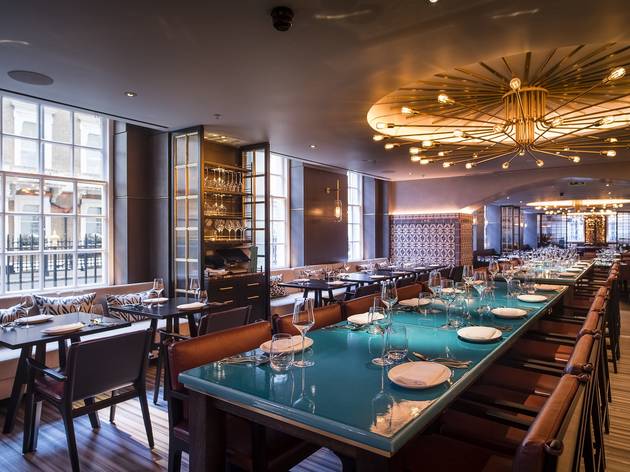 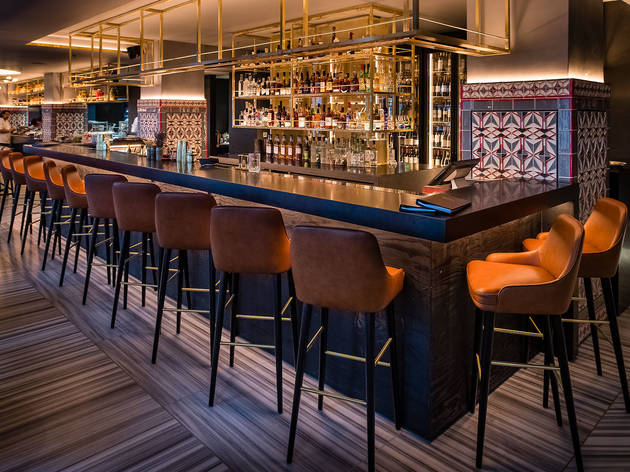 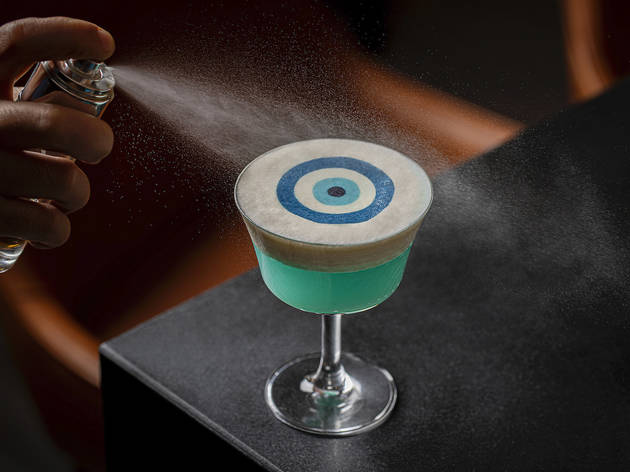 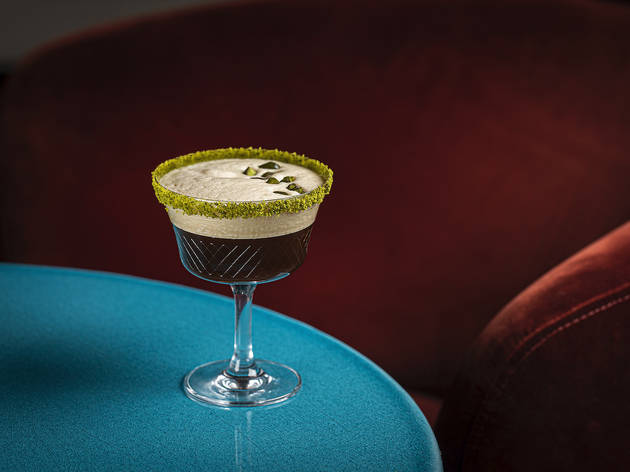 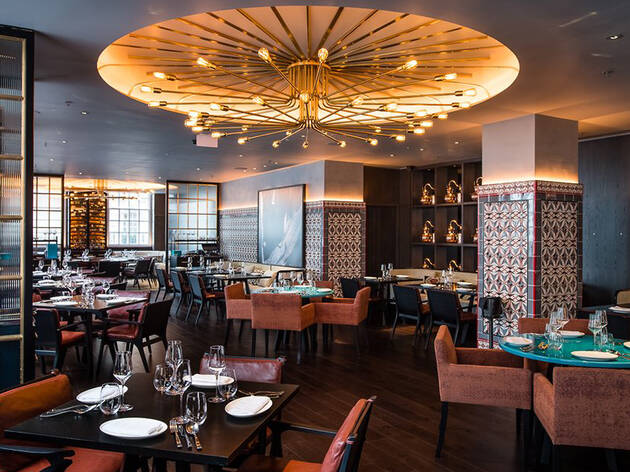 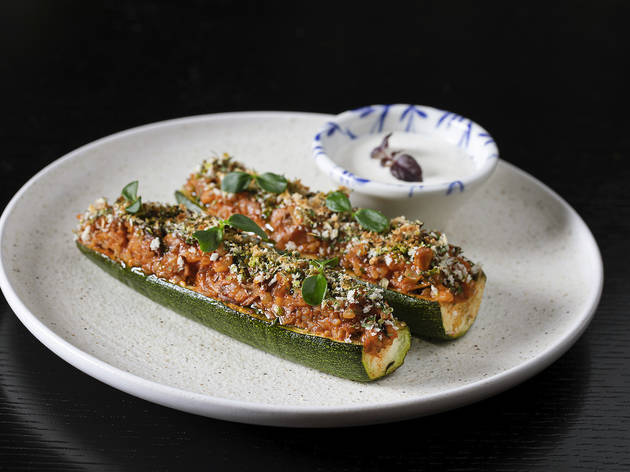 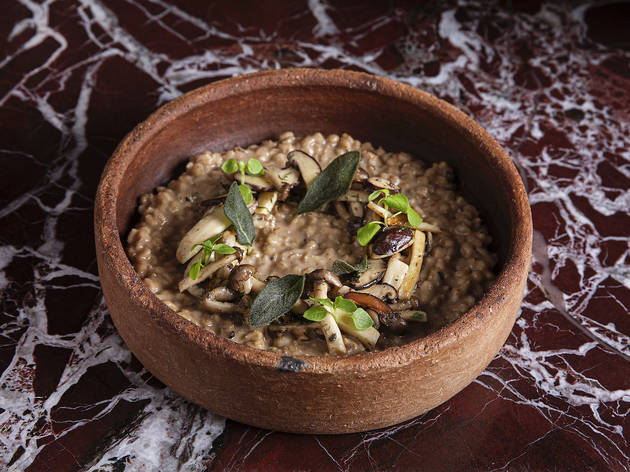 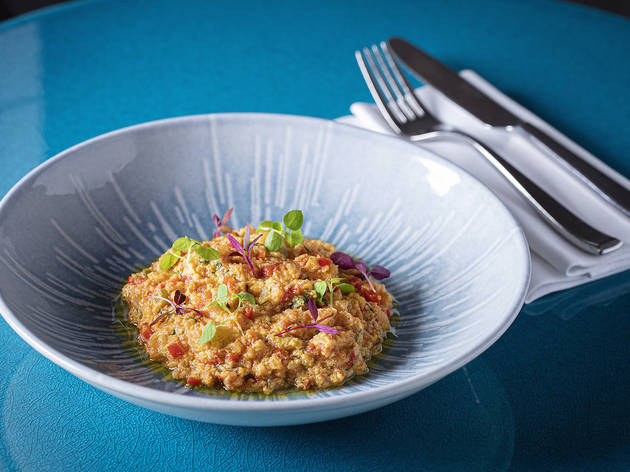 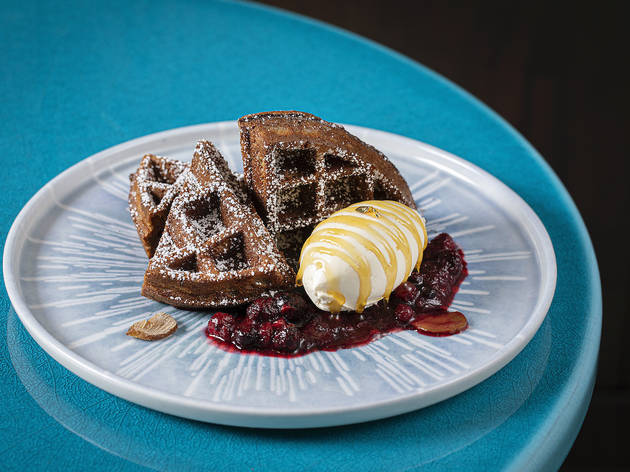 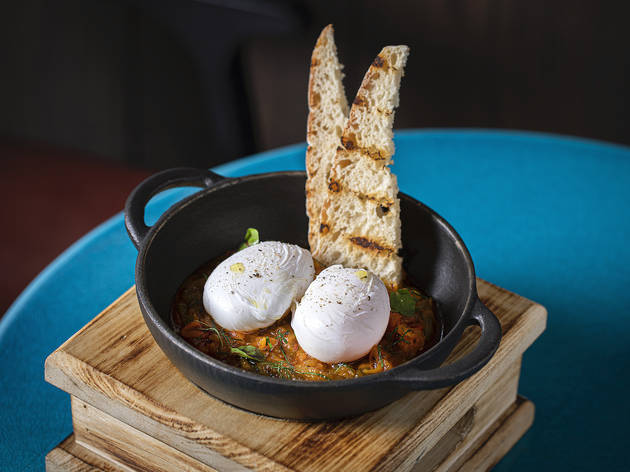 Ruya is a massive, luxurious restaurant in Mayfair that’s decked out with loads of colourful furniture and extravagant decorations. There are bright blue communal tables, lights that look like sculptures, pillows everywhere, a huge open kitchen, and a golden bread oven where chefs perform flatbread flips for everyone to see. It’s all very theatrical, and, yes: quite pretentious.

Though notionally described as Anatolian, the easiest way to describe the cuisine is to say that it’s modern Turkish. The menu here is packed with Turkish classics pimped up with modern, trendy ingredients like truffle and raw fish (warning: Ruya’s expensive). There were some standout dishes: the flatbread, cooked in that huge oven, was crispy, charcoaly and a real delight, as was a plate of manti (Turkish dumplings), minuscule parcels stuffed with spicy lamb. Four thin cigars of borek to start were also memorable: a slight twist on a classic, these had deliciously crisp shells and came filled with fresh feta and vegetables.

There were plenty of disappointments, though. A raw yellowfin tuna starter was greasy and unbalanced (it was cleared from the table uneaten, with no question as to why); a kebab was horribly chewy; the okra salad came with mushy tomatoes. Floor staff also shamelessly tried to upsell at every opportunity, and the whole place just seemed very insincere and showy – all surface, no substance.

If you get lucky and have good service, you may have a nice time at Ruya. The room, though extravagant, is beautiful, and a few of the dishes shone. If you’re willing to risk it (and you’re not afraid to open your wallet), stick to the Turkish classics. Definitely get that flatbread.

Ruya says
Inspired by second generation restaurateur Umut Özkanca’s Istanbul heritage, Rüya offers a taste of sophisticated, contemporary dishes from the various Anatolian regions, stretching from the Mediterranean to the Black Sea. With Chef Patron Colin Clague – formerly of Zuma and Caprice Holdings – at the helm, diners can experience a menu featuring an array of Anatolian classics with a contemporary and fresh twist. Umut and Colin describe the concept as “bold, bright and beautiful”.

Rüya’s resounding success, in collaboration with designers Conran and Partners, has led to the opening in London in June 2018.