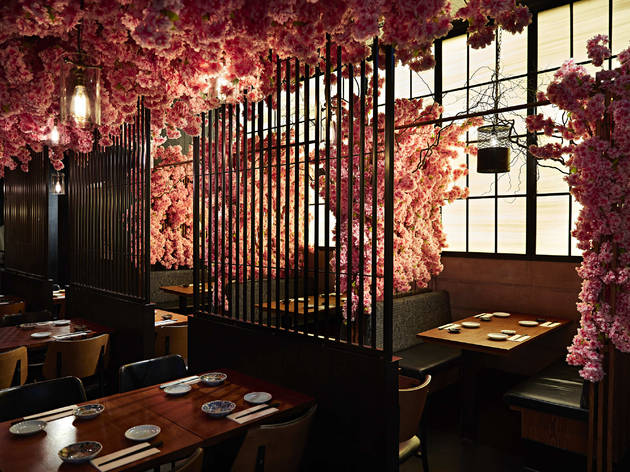 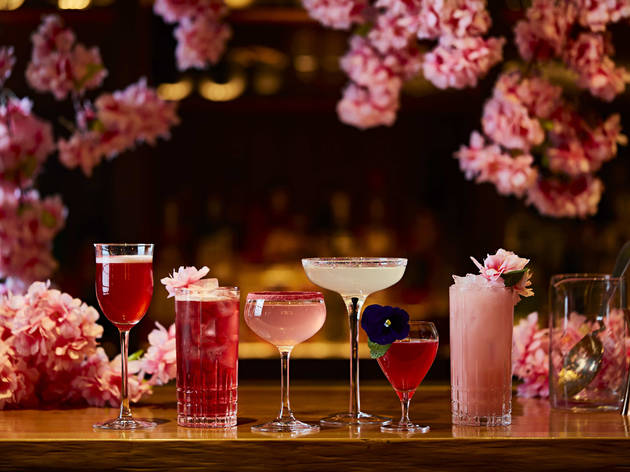 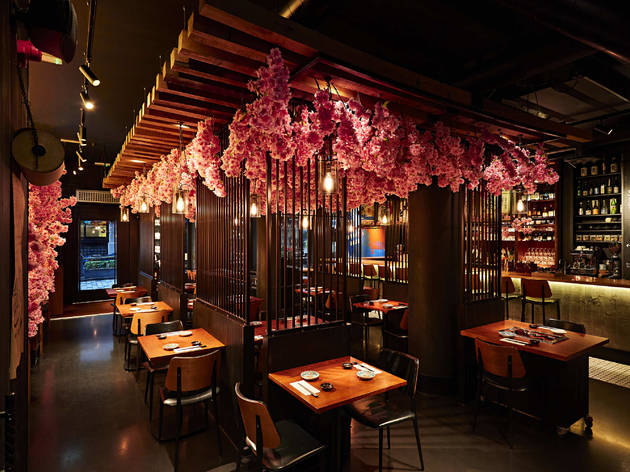 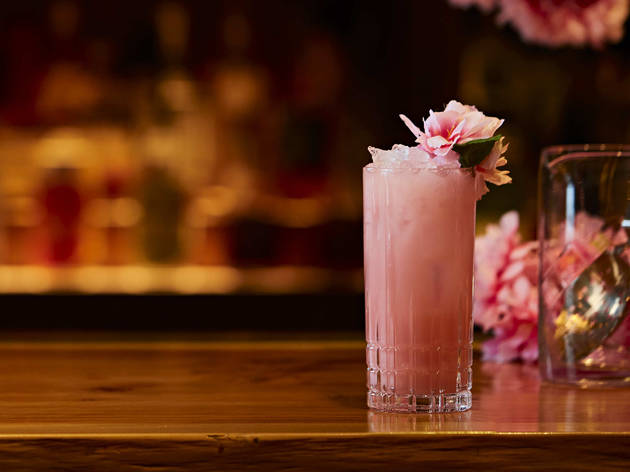 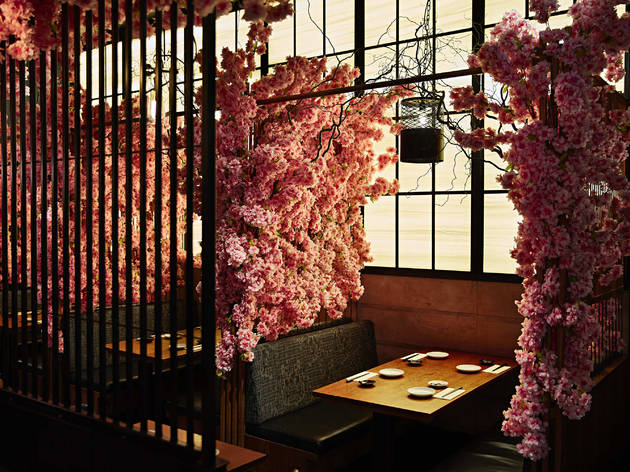 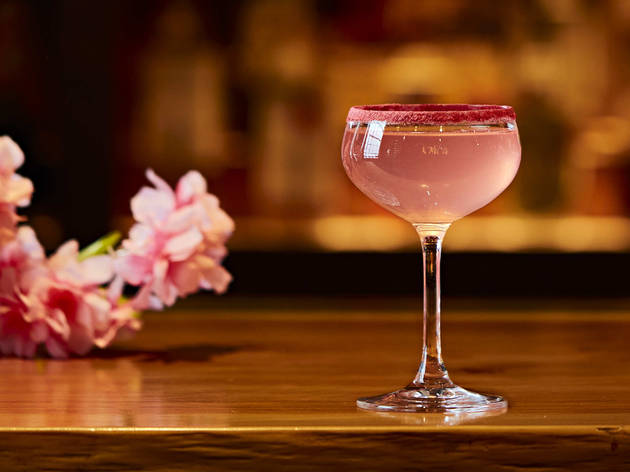 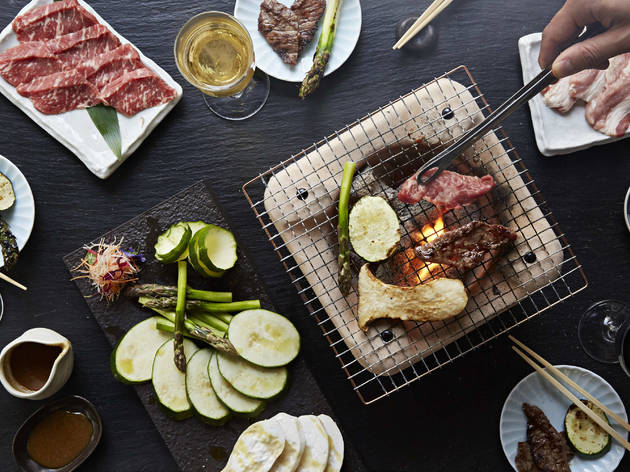 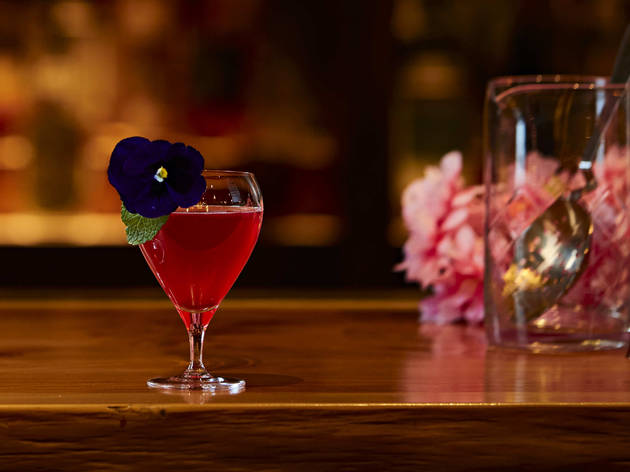 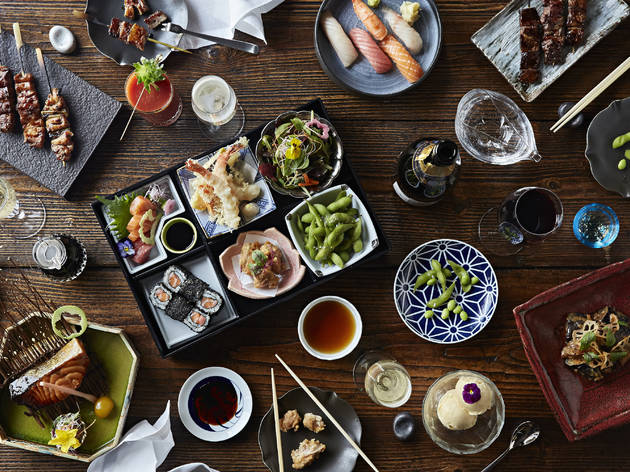 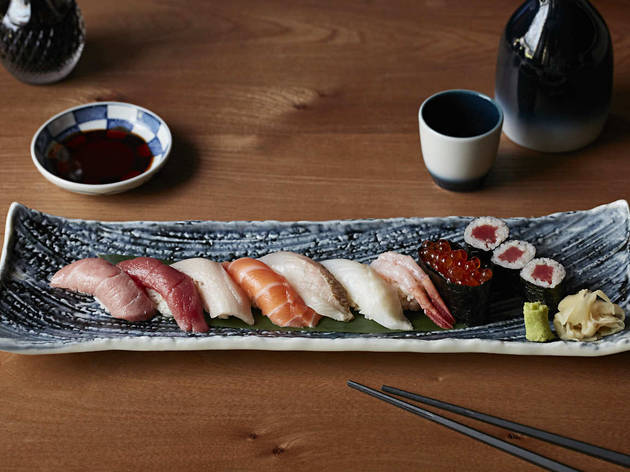 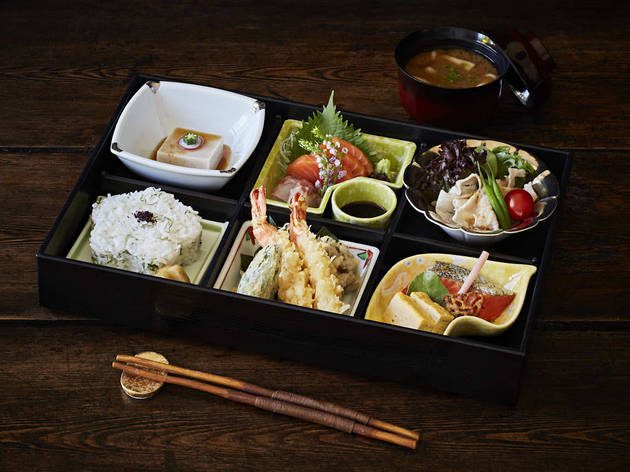 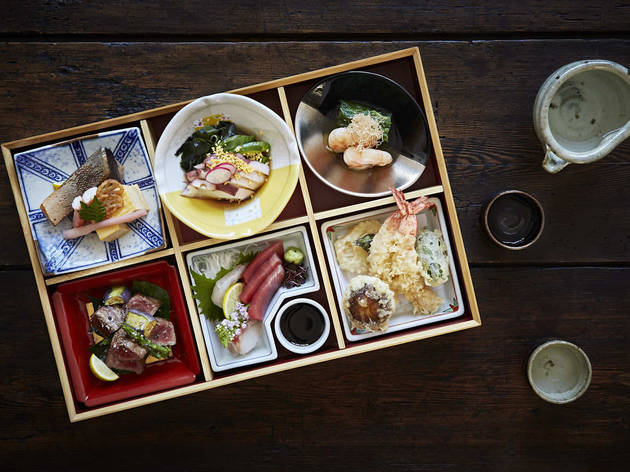 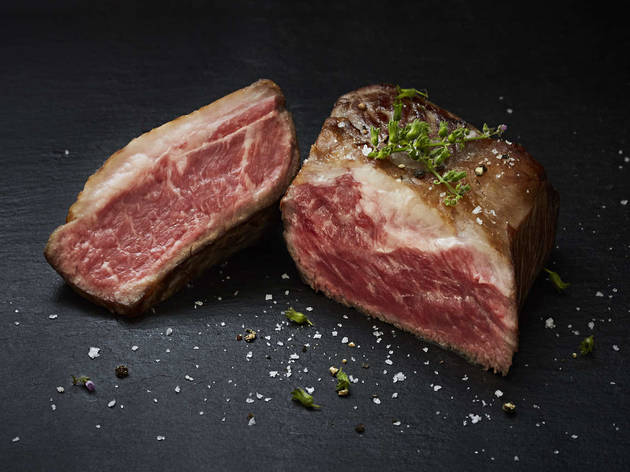 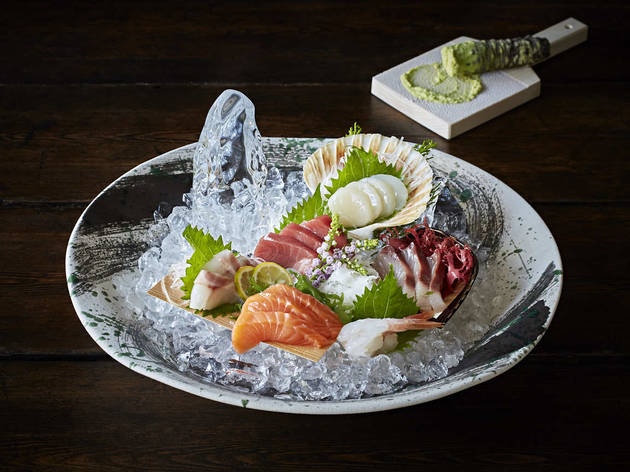 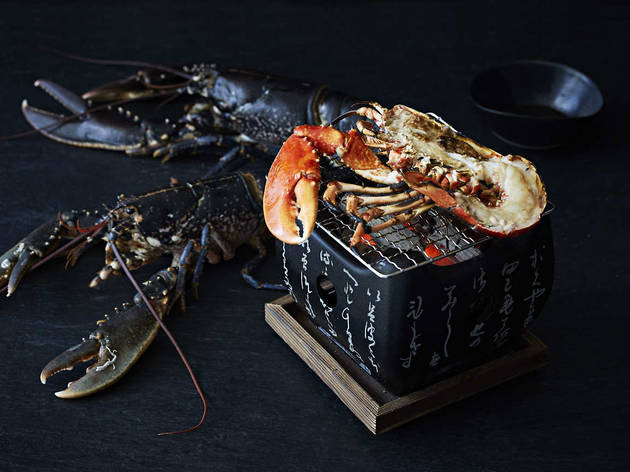 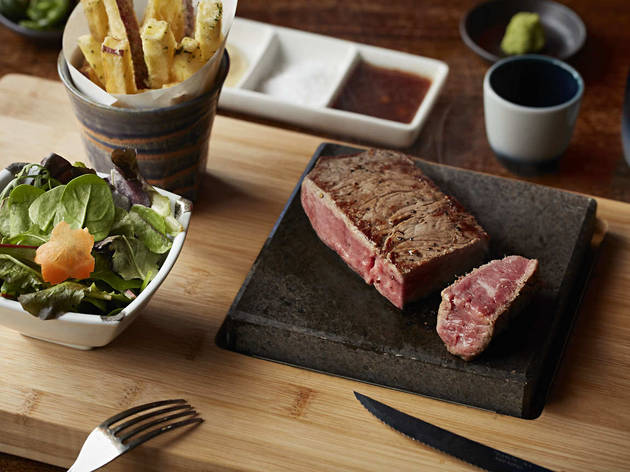 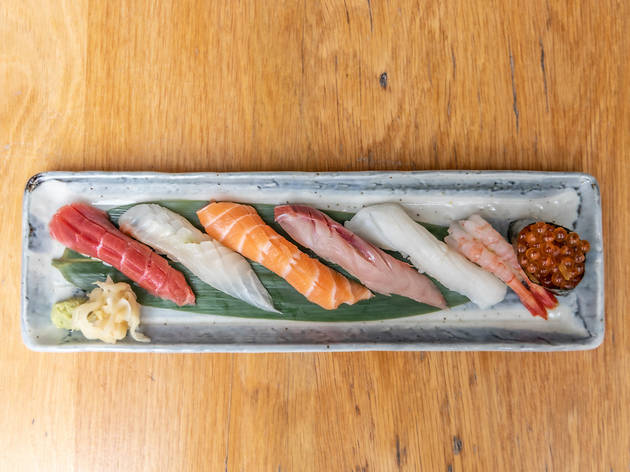 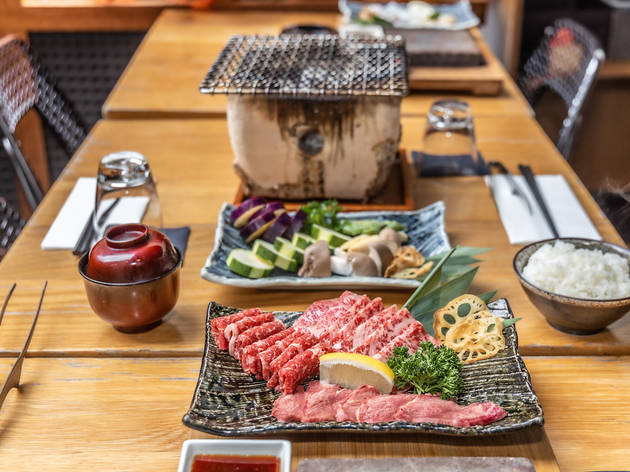 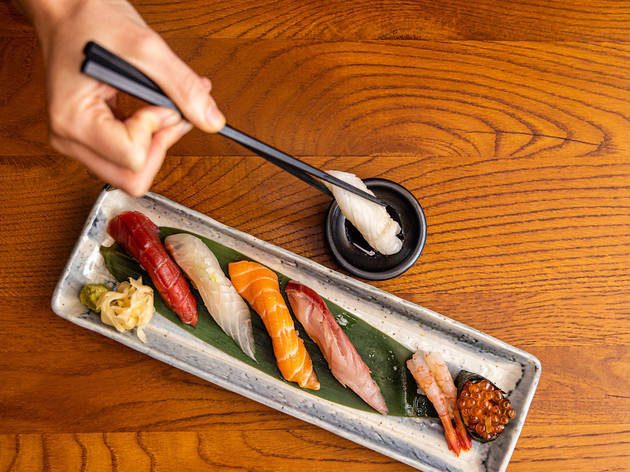 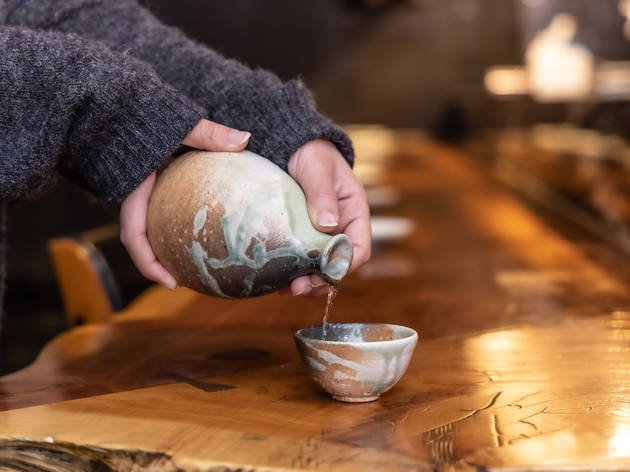 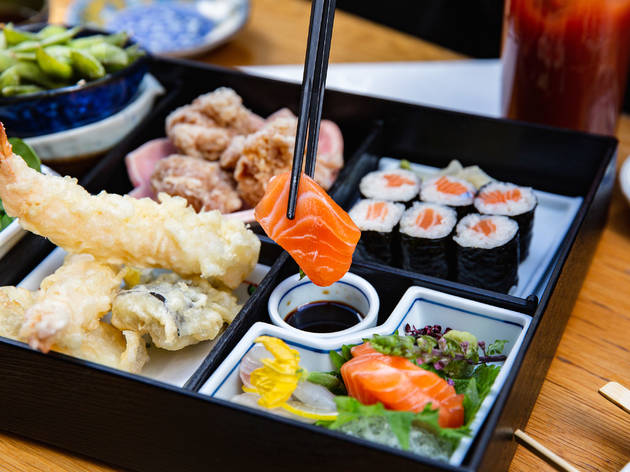 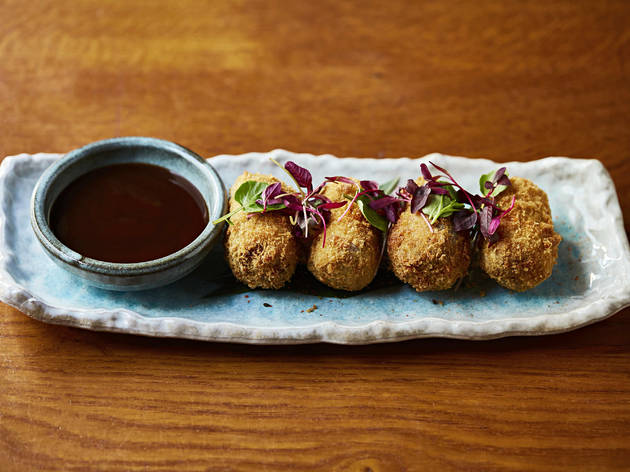 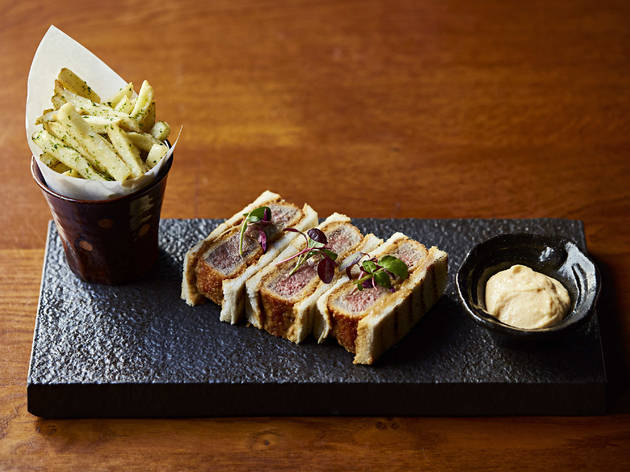 Just off Regent Street is Sakagura, a smart Japanese restaurant and sake bar. It’s like somewhere you would actually find in Japan, rather than your typical clichéd translation of a ‘Japanese restaurant’. You get all the trimmings – hot towels, impeccably polite service, a sake menu so vast that it’s organised by province and, of course, really excellent food.

Attention to detail abounds. The décor is modern and sleek, with rich wooden tables, curved-back chairs and touches of black leather, but be sure to ask for a booth – partially screened, they’re the best seats in the house. The traditional crockery is beautiful and the chopsticks are double-ended, which is a nice touch for when you’re serving food for sharing (the Japanese frown on using the same chopsticks for eating and serving, unless, of course, those chopsticks have two ends). There’s even a sake sommelier.

Despite Sakagura’s size and swishiness, it’s not at all intimidating, with friendly staff ready to talk you through what you’re about to eat without being patronising. Order the sashimi moriwase – when it arrives your pupils will morph into love hearts. At £39, it’s no cheap eat, but with 18 pieces of incredibly fresh fish, edible pansies and flowers carved out of daikon (plus fresh wasabi), it’s well worth it. Seabass carpaccio with subtle, truffly notes was intricate and exceptional. There’s plenty for veggies too – sushi rolls with burdock and carrot maki really sang, while the sprout tempura was so delicious that it could convert Nigel Farage to a plate of brussels.

And be sure to leave enough room to order a raindrop cake. It’s not a ‘cake’ at all; umeshu liquor is poured over two drops of translucent jelly, creating an otherworldly, translucent dessert almost too pretty to eat. Almost.